Winter almost killed my Lemon trees, trying to save them.

I have four lemon trees that were very healthy just this past October going into winter. At that time I was relocating to my new home so I had to move them to my father's house. A mix of things did a good number of them and almost killed the three larger trees. Part of it was poor lighting and feeding, too much watering, and most importantly that the temperature dropped to the -15 Fahrenheit for the most part of November and December. The trees were kept in the garage.

I finally got my new place went and got them, moved to the basement where it was warm, bought a 18k lumens LED light that I kept on for about 10 to 12 hours, and trimmed most of the dead branches off to try and get new ones to grow.

I got some small healthy new branches growing on them now. Now that is getting over 70 degrees outside I moved them out yesterday in hopes that the Sun will do a better job than the LED light.

I know the trees are in shocked and pretty close to calling it quits, I have done a lot of reading and watching some potted trees such as Bonsai tree maintenance videos along with other tree saving techniques.

Most of what I read about potted trees maintenance indicates that trimming the branches and roots should be done at the same time. I am thinking about removing them from the pots, trimming some of the dead roots off and putting them in new soil in hopes to getting 100% healthy and save them.

Just want to know if I am heading in the best possible direction to save my trees? Any feedback good or bad will be appreciated.

I have included some pictures before I trimmed the trees. I will include new ones after trimming them with the new branches growing on them later today. 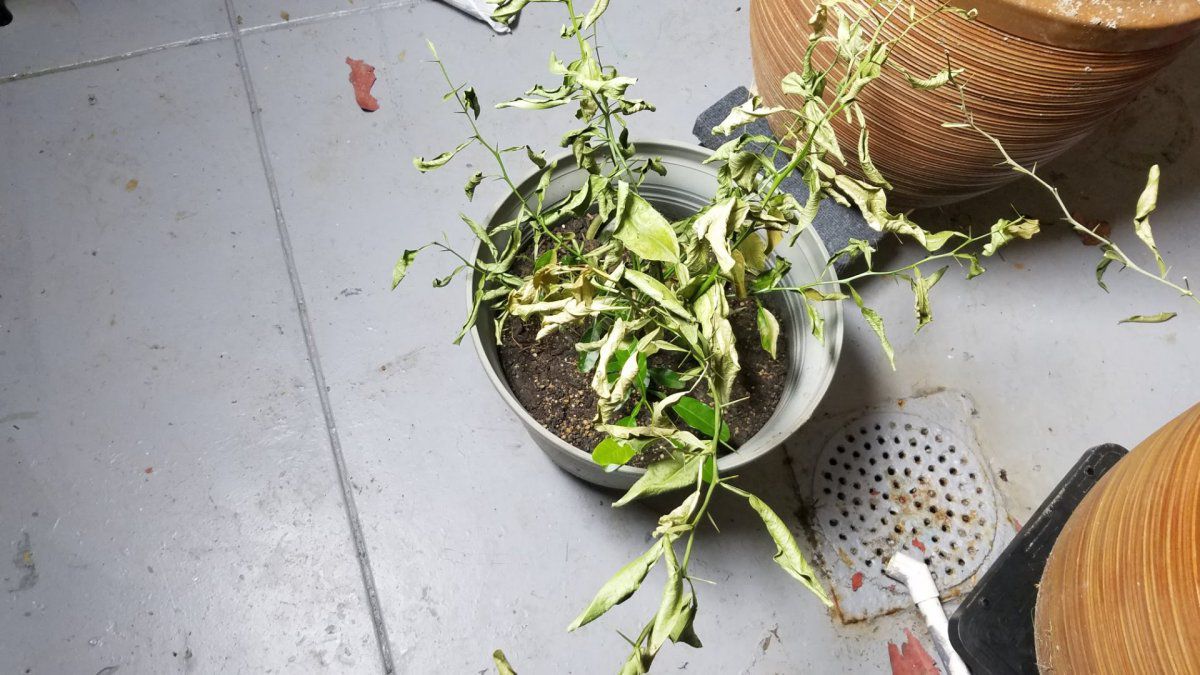 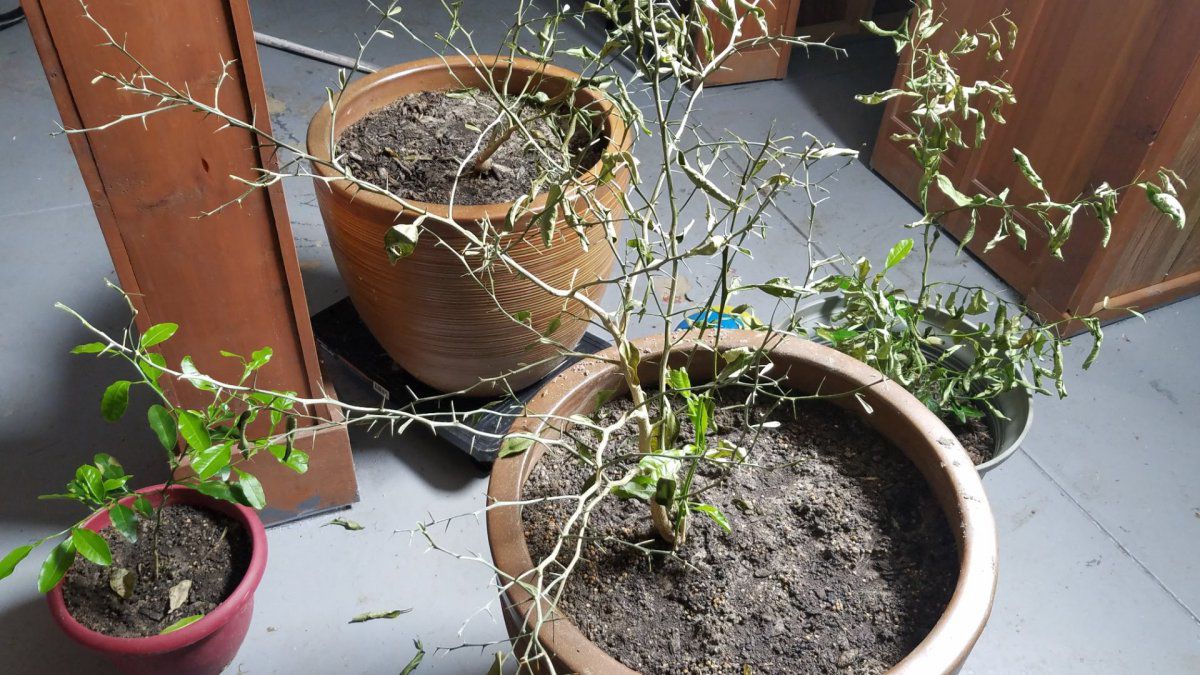 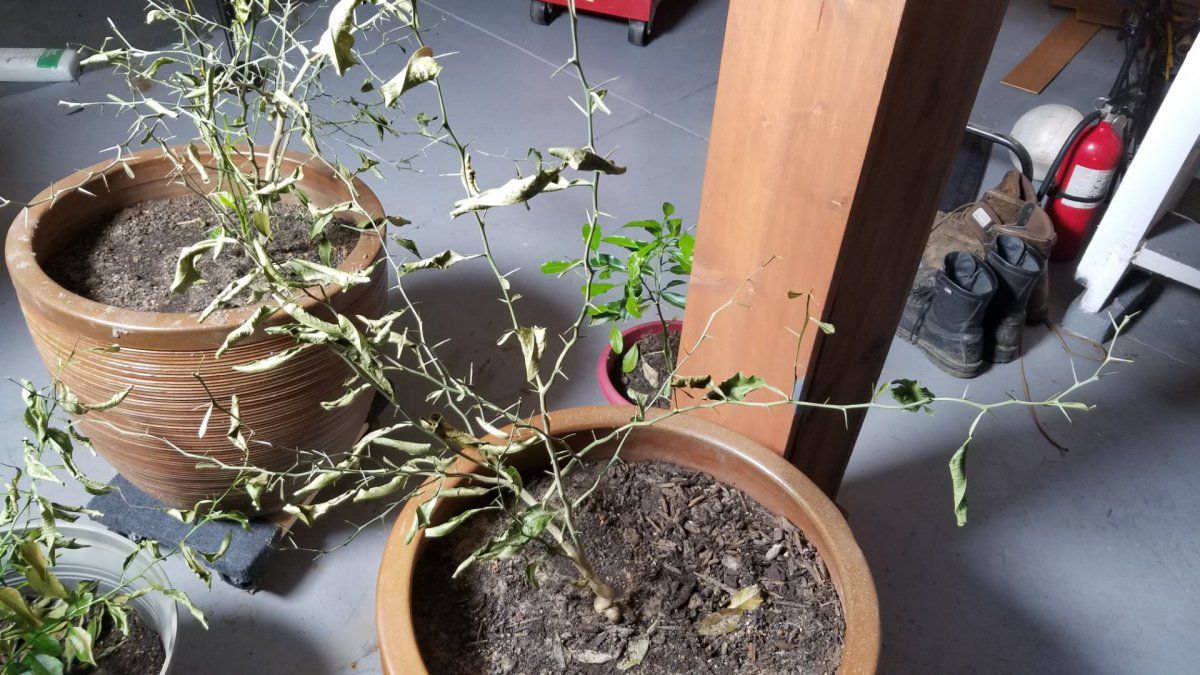 I would treat them with SuperThrive. If the limbs where the wrinkled dry leaves are don't start growing leaves very soon I would cut them to almost ground level and hope new shoot will grow from the roots. But use SuperThrive first. It is an amazing product.

Chuck said:
I would treat them with SuperThrive. If the limbs where the wrinkled dry leaves are don't start growing leaves very soon I would cut them to almost ground level and hope new shoot will grow from the roots. But use SuperThrive first. It is an amazing product.
Click to expand...

Thank you for the feedback. I looked up SuperThrive and my local home depot store has it so swinging by after work to pick some up. What are your thoughts on trimming the roots?

Here is the lemon trees after trimming back the dead branches. Not sure if I should trimmed them back closer to the group like Chuck suggested? 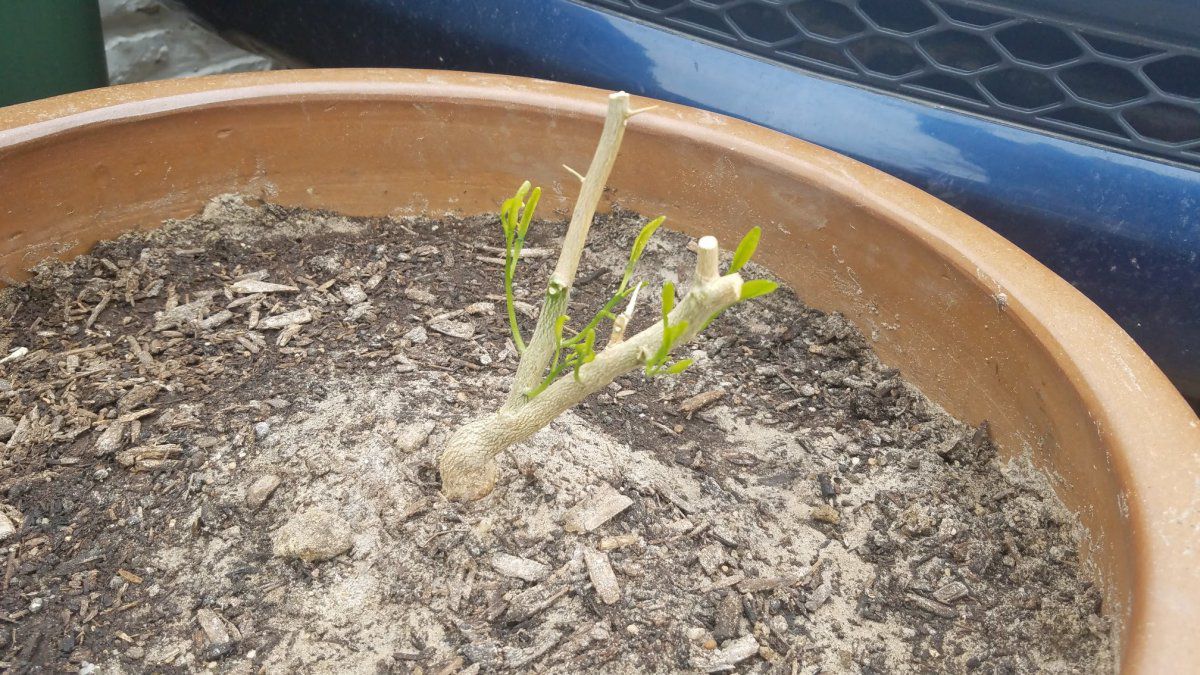 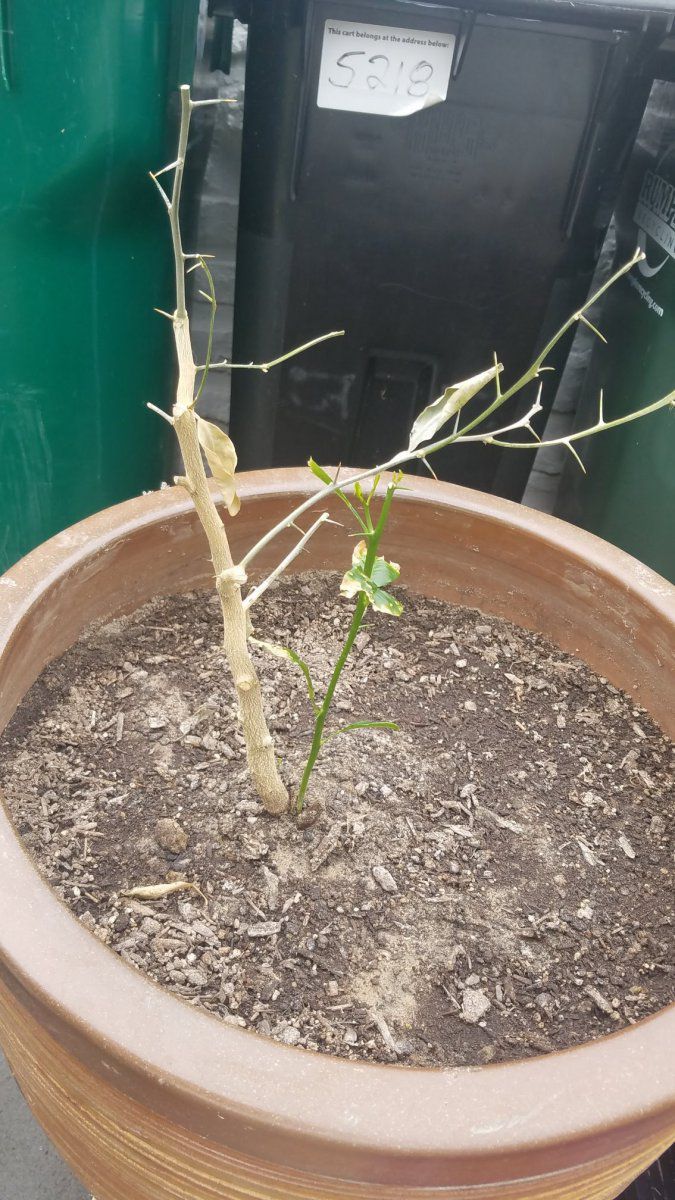 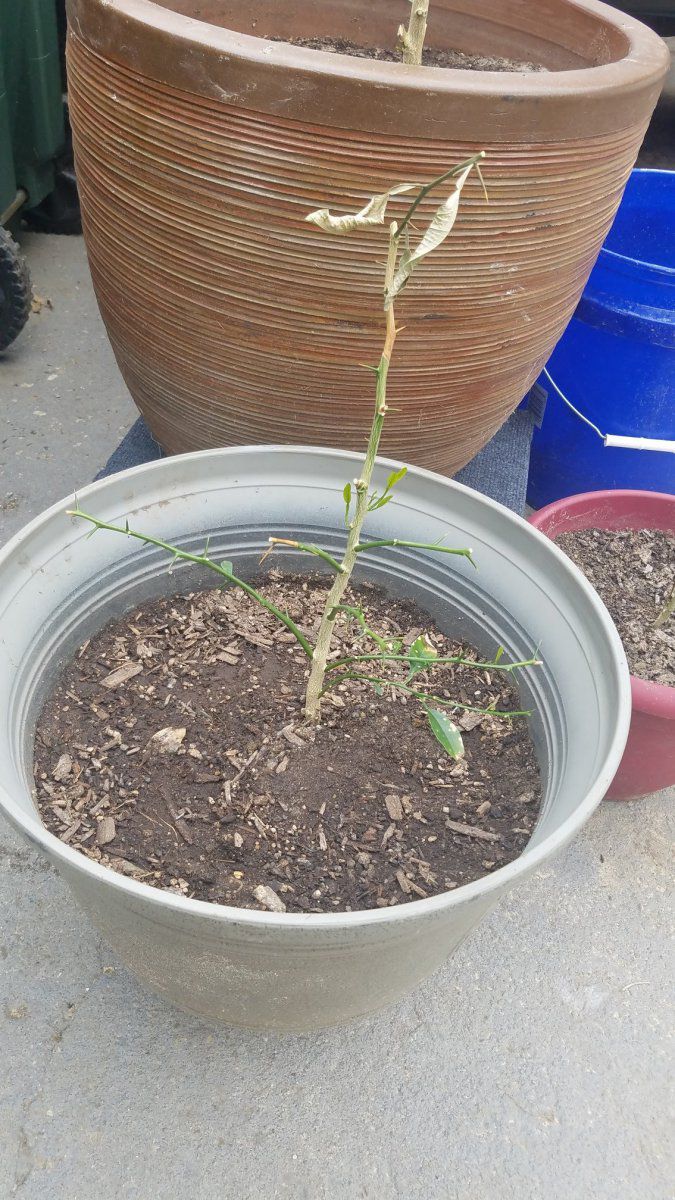 NO. Never trim the roots. Get a bigger pot if it is root bound. I wished you would have used the ST and let it do its thing before pruning just to make sure the limbs were dead.