Hitsville. The making of Motown.
A two hour documentary made in 2019, on Sky Docs, shown yesterday.
The sort of documentary I like, no "in your face presenter."
Interviews with Berry Gordy the founder, recorded in the old MoTown head office and studio, a two story house in a suburban Detroit street. It is now the MoTown museum. Much of the dialogue was between him and his lifelong friend, Smokey Robinson, together with contributions from former Motown artists and musicians, contemporary singers and of course a lot of performance footage.

Gordy was vey self-effacing and showed no anger over recalling the racial problems which often beset him and musicians and singers back in the day.
I liked his comment on his childhood.
His first job whilst still at school was as a street vendor of a black newspaper. One day he decided he'd go into the white neighbourhood and try to sell more papers. He was so successful he said to his younger brother who also sold the paper, "Next week we'll both go together, we'll sell so many papers we'll be rich!" So they did, but didn't sell any.
He said he learned his first lesson.
"One black kid is cute, two are a threat to the neighbourhood!"

Contrast this with the latest BBC documentary on paintings, presented by Andrew Marr.
There was so much "Andrew Marr" I deleted the recording after ten minutes.

The BBC and some other channels are obsessed with the "celebrity presenter." They often include their name in the title of the programme, not always someone you'd associate with any knowledge of the subject.There are exceptions, but they think they'll get more viewers, maybe they do, but I'm rarely one of them. If it isn't going to be "watchable" with just a "voice over" then it's usually not for me.
Last week Fiona Bruce, about whom there was a letter in my paper the other day about how she dominates "Question Time" and expresses opinions, introduced and closed Antiques Roadshow, and popped up twice in the middle. She even gave someone a "valuation."
What does she know about antique valuations?
Maybe I'm doing her a disservice, perhaps an expert had previously valued it and she did what she's best at, read it off the autocue.
Let's see less of her and more about the items people queue for hours, for the chance to have them valued.

Never liked him as a singer, but at the time I liked this. He worked well with Ian Cuthbertson.

BBC one at 9pm Thursday

Logan said:
Watching this on BBC one at 9pm
It's a bit weird but good

I watched the first epiosode, but I wasn't impressed so stopped.

I have to watch a bit at a time. Sci-Fi isn't everyone's cup of tea.
Ad

I'm watching the BBC's re-runs of the Wimbledon tennis....Well I'm recoding them, there's two programmes a day and I'm picking and choosing. Some are well worth watching.

When they're bleating so much about how short of cash they are, why are they paying Clare Balding top "present" the recordings from an empty Wimbledon court in the afternoon programme and Sue Barker plus two other paid pundits, from the Wimbledon complex, in the evening programme?

Why not have less "rabbit" and show more matches and save some money?

Logan said:
Watching this on BBC one at 9pm
It's a bit weird but good

I'm still watching this and it's good once i understood the story line,it does have flashbacks but it helps to understand it.

I watched the 1985 men's Wimbledon final this afternoon, Boris Becker at the age of seventeen won it, he beat Kevin Curran 3-1.
I remember it well. The main commentary was by Dan Maskell assisted by John Barrett.
What impressed me was that there was about 75% less "rabbit" than we suffer now and neither talked over the first one or two strokes of a game, as often is the case in recent years. At times between points, no one said anything.
Barrett said a lot less than in the late nineties when he was often the main commentator.
These days, just as nature abhors a vacuum, "The BBC abhors a silence" in the commentary box during any sports event. They believe if someone isn't talking the "less interested" might change channels thus affecting the ratings.

It's frequently the case now that the BBC "force" three people into the commentary box and they all want to chip in with their two penn'oth.

As usual, the BBC are promoting these repeats with the phrase "Live from Wimbledon." We know the tennis isn't live, it's just the presenters talking in an empty sports complex, it looks completely daft.
They really insult your intelligence.

I recorded this and watched it over two days, as it's two hours long.

I found it most relaxing, no commentary, just the natural sounds.

This canal can accommodate barges wider than the conventional narrow boats.
"We" passed dozens of them of both sizes moored up at the side of the canal, but only passed three or four traveling in the opposite direction. Observed different standards of upkeep of these boats, some immaculate, some "average" and others looking a bit tatty, at least one was obviously leaking as it ws down at the stern by getting on for a foot more than it was at the bow.

It was noticeable that the side of the canal on the other side to the well kept tow path side was very unkempt in a lot of places and the vegitation was encroaching. 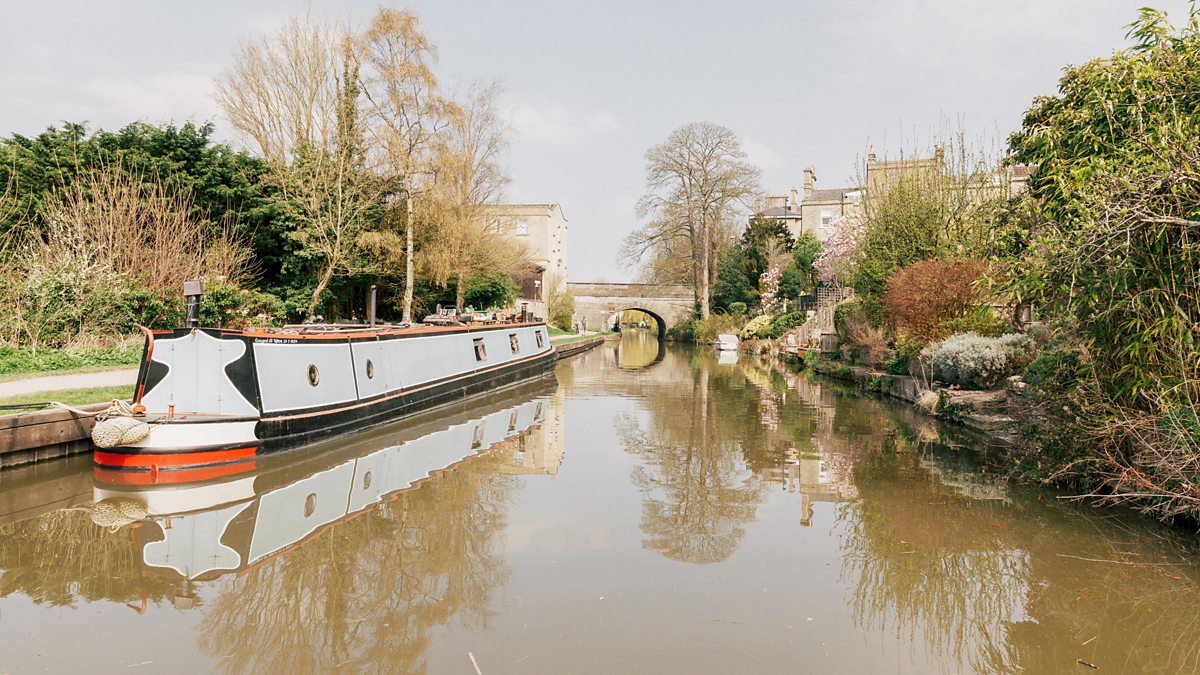 BBC Four - All Aboard! The Canal Trip

An uninterrupted two-hour journey down the Kennet and Avon Canal.

Watched this last night, it was on this week. The bear that you can see got stolen from the sanctuary

The story of Margarita Muman's journey to the all-round Rio Olympic Gold Medal for Rythmic Gymnastics was repeated in "Storyville," on BBC 4 last night. I've mentioned it before, but it is worth seeing. It'll be on i>Player.

She had a hard time balancing the bullying she got from the head coach and the behaviour of an over-attentive female coach that I found a bit odd. Throughout her last year of training her father was ill with cancer. He died two day after she returned from Brazil. She gave up the sport shortly after. She married her Olympic swimmer boyfriend Alexander Sukhorucov in 2017 and became a mother in October last year, (I like happy endings).

I May Destroy You

Watching this, it's on BBC one and iplayer

I decided there wasn't anything worth watching on TV over the last few days other than the tennis, so I've started to watch my box set of DVDs of the TV series "Justified." (again).

Watched a bit of this lady baking, i like to watch cooking programmes but only to get tips,never use the recipe but i like how she prepares things.