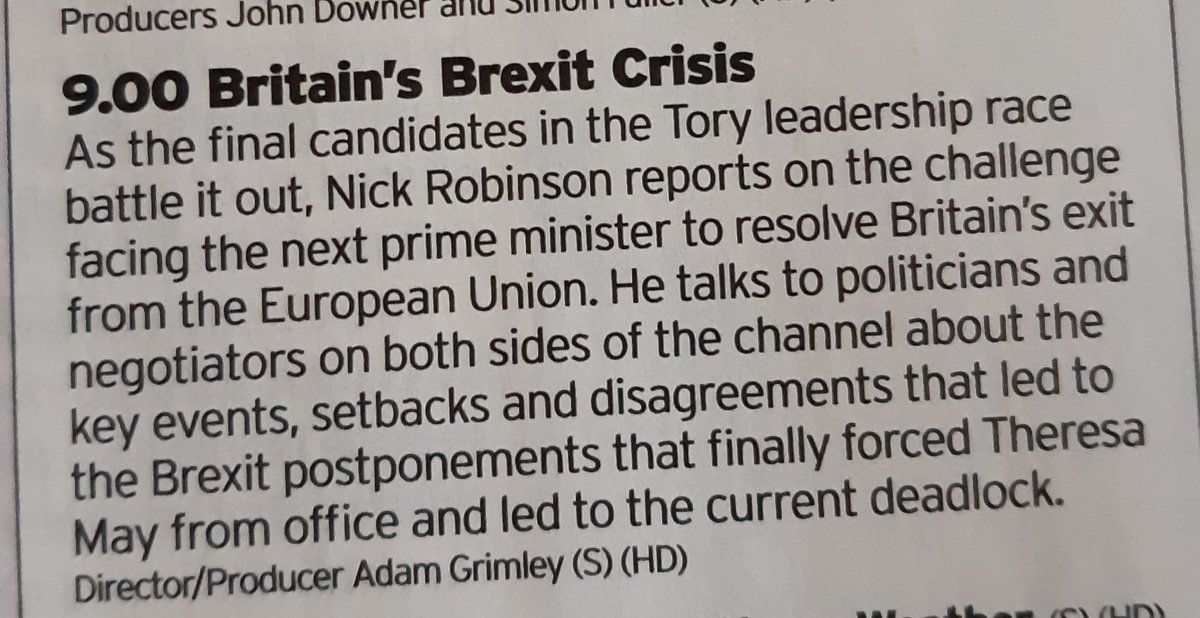 This tends to be a bit hit and miss. Some stuff really wants binning. There's only so much "sentimental value," I can take. Some of the stuffed toys repaired seem really a waste of time.
When they belong to someone in their seventies, repaired, they will hardly play with them will they? They'll just end up on a shelf. But as a programme it can squeeze out a lot of emotion ....as intended.

Now the guy who does the clocks and the woman who restores paintings are always worth following. There's a real purpose in what they achieve.


Last night they restored a 1957 Wurlitzer jukebox with some "help" from a "jukebox engineer." Apparently, this hadn't worked for three decades.
He did a good job on the mechanics, which are pretty straight forward. But he didn't do anything with the amplifier. Took it out and put it back in.
After this length of time, it would have needed considerable work.
For this they'd need a workshop manual, which are still available. I've got them for mine.

It would need a complete "re-cap," changing the electrolytic capacitors and any other components which were outside the required tolerances, it probably would have been worth changing the valves. The speakers too, would likely have needed re-coning after 60 years.

The end result was as good visibly, as you could get, without a lot of re-chroming of the metal parts.
With this programme, it's "looks which are important."

But audibly, it was terrible. These things were cutting edge hi-fi stereo, using a powerful amplifier, two twelve inch bass speakers and a couple of 8" tweeters. A fully restored one would have sounded fantastic. They were designed to, they were expected to be heard in a busy bar or diner, so as to attract more customers, as their principle function was to make money, seeing as how they cost the same as a small car. Even at low volume there's good bass and treble separation.

This one sounded like an old wind up gramophone. Really! I was very disappointed.

Here's an example of the same model that someone has restored and put on YouTube, using a digital camera. The BBC would be using far better sound recording equipment than this.


What does Jay Blades in his daft hat do? Apart from standing in front of the camera wearing an unnecessary expensive leather overall?

So the owner would be well pleased to have it done for nothing.

Probably a better example of how good a jukebox can sound, is this one of mine which I restored.

Taken with my old little Lumix camera. Even on this you can hear the bass.

@Sean Regan your video sounds almost like the real thing. I don't watch those programmes only clips of them. But people want something for nothing.
Ad

Logan said:
@Sean Regan your video sounds almost like the real thing. I don't watch those programmes only clips of them. But people want something for nothing.
Click to expand...

The programme can irritate me as quite often, I think they should call it, "The Repair Shop for Dummies," because the BBC seem to dumb down so many shows. They leave out anything really technical, as they think it will make their "core audience" change channels. Showing an amplifier being repaired would be considered a turn-off, whilst showing a moth-eaten teddy bear being sewn up would "unmissable."

They sometimes have to make a big drama out of trivia.

My jukeboxes are just a bit of nostalgia.

Well said Sean. I agree about the clock guy and lady who restores the paintings being well worth watching; I like the bit of blacksmithing too. Bron and I watch these on catch up mostly because of the other rubbish on TV being garbage.

I think taking on such a project as a Wurlitzer is much too ambitious for a program of this knd; as you rightly say a genuine restorer of anything involving valves (tubes in America) would immediately re-cap the lot; electrolytics of this age would be binned immediately because to reform them would be a waste of time; I've replaced many caps during my vintage radio restoration years; then comes the resistors; I used to have boxes of new old stock resistors which were still new and unused but been in stock for over 30 years and these were way out of spec when tested. The loudspeakers too would possibly need re-coning and their coils checking; old cables/wiring tend to have poor insulation which goes hard and brittle; such a restoration is actually a very big time consuming job so not really something to cram into a few minutes on a TV program; valves too loose emission. I used to own an AVO Valve Characteristic Meter (Valve tester) and possibly Sean you also own one of these; just testing heater continuity was an absolutely basic test but a proper & expensive valve tester was the way to go;

Many years ago a guy posted on the vintage radio forum I'm a member of asking if anyone could test a pair of expensive KT88 valves for him;

Me being a sucker for punishment jumped in and offered to test the valves; the guy didn't own a car so I drove to Wakefield to collect him and his valves; he actually brought along a selection of other valves too to be tested. Back home Bron fed and watered him as she always does with guests then we headed into the workshop; the first KT88 valve was dead as was the second; I then tested other valves and all were dead too; I thought my AVO valve tester must have died so I put in a new valve of mine and it gave perfect readings; this guy proved a real pain; he insisted I retest his valves which I did and of course they were all dead. I drove him back home.

A few days later he popped up again on the forum asking for his KT88's to be tested; a friend of mine living in Hebden Bridge some distance away was about to offer to test these valves until I informed him that I'd already tested them twice and that they were dead; I further explained if he jumped in he would end up wasting a day transporting this guy around; I did add though if you can give the kiss of life to these valves then go ahead?

I've not watched the Wurlitzer episode Sean so I'll have a look tonight to see if it's on catch up because I'm interested in such things. As you say though Sean lots of the items being restored on the show hold so little value other than nostalgia for the owner the items should be binned but at least these episodes on the whole are generally worth watching unlike the program where junk is removed from the tip and played around with on TV then sold for silly money; it's surprising these days how many people have more money than sense.

You and I Sean and others like us would welcome in depth restorations of old electrical/mechanical items but unfortunately we're in the minority; how many young people these days show interest in restoring; the skills are dying with the older generations not being passed down through families as they used to be.

I've been watching lots of YouTube videos showing how to TIG weld and metal spin recently and such videos are fascinating to me but would be boring to most people.

Years ago we used to watch a program called "Changing Rooms"


Would you let such a crew loose in your home?

Here's an example of what gets my attention;

Just got round to watching this, it's on a Sunday night BBC, it's good.

@Logan i never watch the box but have been doing

Gail_68 said:
@Logan i never watch the box but have been doing
Click to expand...

I don't watch a lot but i do like some of the dramas and the odd documentaries especially with David Attenborough.
Ad

Verdun said:
Loved Call the Midwife .....just finished series
Where oh where are the side splitting comedies now?
Taboo was great and SSGB too
Never watched Vera!
Question Time is great....seeing all our hardworking and knowledgeable politicians put in their place
Click to expand...

Verdun said:
Loved Call the Midwife .....just finished series
Where oh where are the side splitting comedies now?
Taboo was great and SSGB too
Never watched Vera!
Question Time is great....seeing all our hardworking and knowledgeable politicians put in their place
Click to expand...

Oh I love Call the Midwife are you saying it's done now? I thought it was coming back for one more season. I am waiting on a few other shows too.

I don't get Line of Duty it sounds very intriguing. I love drama series law or medical and science fiction and paranormal mystery like Manifest and Emergence. I DVR my shows to avoid the advertisements.

Call the Midwife Christmas special in Dec. and is renewed through 2022

auntiecindi said:
Oh I love Call the Midwife are you saying it's done now? I thought it was coming back for one more season. I am waiting on a few other shows too.
Click to expand...

There's going to be a Christmas special and maybe another series in the new year.
Ad

auntiecindi said:
. I DVR my shows to avoid the advertisements.
Click to expand...

Most of the time i watch the BBC mainly 1 and 2.
Do watch a bit from ch 4 but i always record all the programmes.

auntiecindi said:
I don't get Line of Duty it sounds very intriguing
Click to expand...

You've got to listen very carefully and it's not separate episodes, there's one story ark all through all of the series.

Watching Spiral on BBC 4, Series 7, at the moment, I have watched them all.
Ad

Really good and scary movie for this time of year.