Hello
For the 3rd year in a row, we have a massive infestation of redhumped caterpillars on our sweet gum trees... this year is the worse by far, and they ate most of the tree which is pretty large! It's very much out of control and makes a huge mess on the sidewalk.
Any recommendation on how to treat it? A company said that only spraying would help, but the trees are so large, I'm afraid we're gonna spray the tree and everyone around! I tried tackling it at the first sightings, and cut a lot of branches and got hundreds of them...but it didn't help at all. The tree is too high and I can only reach the lower branches.
Help pleaaaase!
Ad

Hello, and welcome to the Forum.

Even though it might be messy, it is also a fascinating and spectacular biological phenomenon. I am being sincere when I suggest that you try to enjoy and learn from this experience. Also most trees will recover the following year after a caterpillar infestation, so I don't think there will be lasting damage to your American Sweet-gum (Liquidambar styraciflua).

However, if that doesn't sway you, I would at least explore the feasibility of spraying with a focused, less toxic pesticide: Bacillus thuringiensis or B.t., a bacterial treatment that is only toxic to the larval stages of moths and butterflies (Lepidoptera). In other words, caterpillars. This means there will be no collateral damage to other organisms.

I don't recommend using broad-spectrum toxic pesticide sprays. Besides, being a risk to human health and the larger environment, pesticides will particularly kill beneficial insects including pollinators and the predators and parasites of the caterpillars. Herbivore populations are often cyclical, showing a repeating pattern of boom and bust. This seems to be true of the Red-humped Caterpillar Moth (Schizura concinna) as well. Large population sizes of caterpillars will encourage a similar growth in the population size of parasitoid wasps and other predators and diseases. However, I do admit we can't know for sure when the boom part of the cycle will end for you.

Another possibility to explore is blasting at least some of the caterpillars out of the tree with a high-powered stream of water, such as a power-washer or high-pressure hose.
D

Thank you Marck! Believe me, I'd love to just let it be! I never use any types of pesticides on anything and I prefer to let them be! I was also worried to harm other insects and that's why we haven't done anything in 3 years. The problem is that the trees are in the front and side yard, so by the sidewalk and above the group of mail boxes that all the houses use. So it is my responsibility to keep it clean, for the neighborhood. Nature in the suburbs can only go so far! People don't like it when it gets too wild! lol
but thanks for the advice!
I’ll attach a pic of one of the tree
D 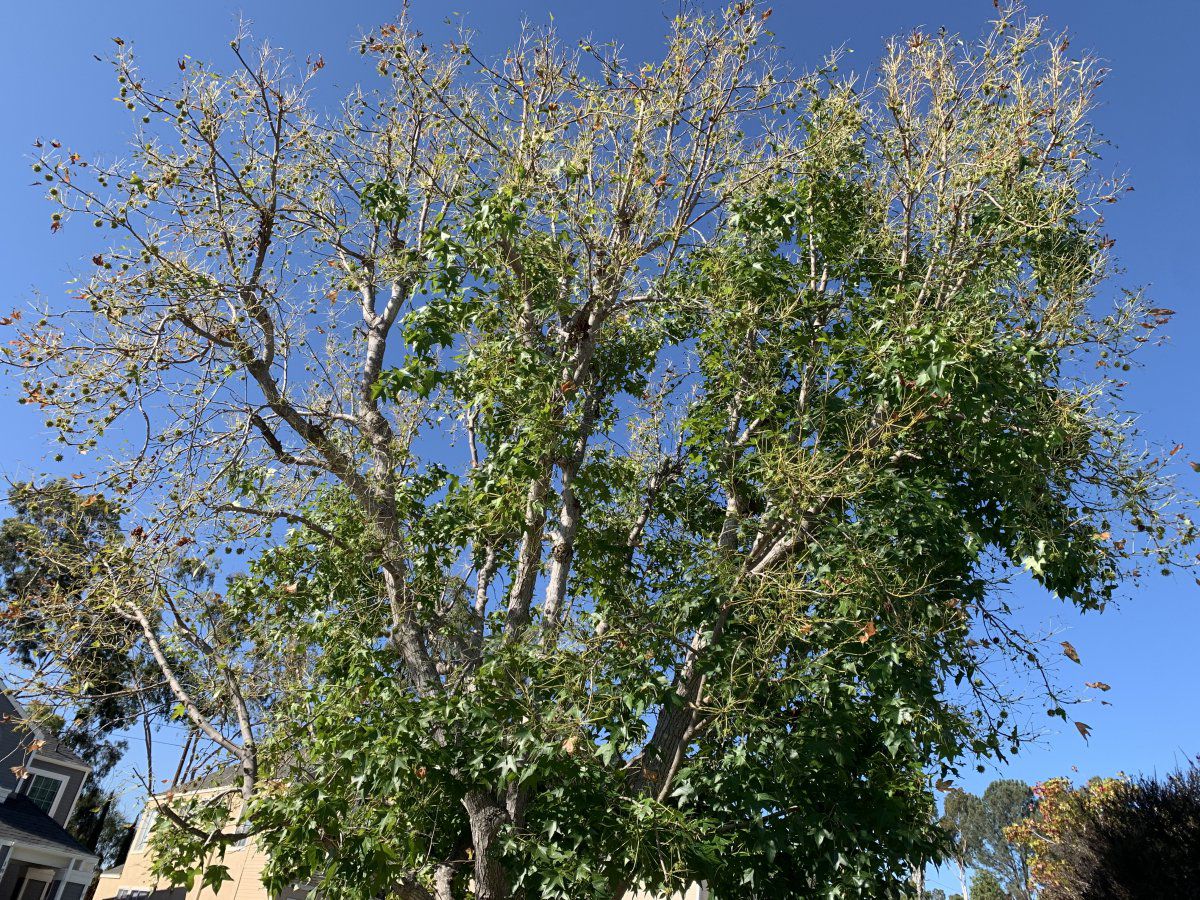 It is a heavy infestation. I think the tree will recover fine, but all the same, I understand. I would look into local pest control operators who use B.t.