Mike Allen said:
Are you going to put it in a bottle. Postage rates are high.
Click to expand...

I did put the letter in an envelope and mailed it at the local post office.
Ad

Monday through Friday 6am to 5pm I'm at the office.

RickRyb said:
Monday through Friday 6am to 5pm I'm at the office.
Click to expand...

@RickRyb, That is definitely dedication! Does your office have a Casual Friday dress code?

LouisFerdinand said:
@RickRyb, That is definitely dedication! Does your office have a Casual Friday dress code?
Click to expand...

It's a distribution company with no real dealings with the public so everyday is casual. Though as a VP I seldom wear less than Dockers. I've been there 22 years.

I follow this guy on YouTube he has a smallholding and he has a obsession with figs.

I went to a Barnes & Noble Bookstore and purchased a book on Queen Victoria of England.
Ad

Seems that I've strained my stomach muscles yesterday when i was planting up the 3 tubs. I have a slight prolapsed bladder and found it very painful to spend a penny but a bit better today.

I attended church and heard a sermon on Complete Surrendering.

I ordered a new oak shoe cupboard (eBay, of course), for the hall. The original was getting a bit shabby and only held six pairs. This one will hold twenty pairs on five shelves, (I've only got six in total!)
It arrived today. (not self-assembly). The packaging was excellent, but there was so much of it. It was a major job to get the cupboard out of the box. The old one plus the packaging filled the boot of my car when I took it all down to the tip. 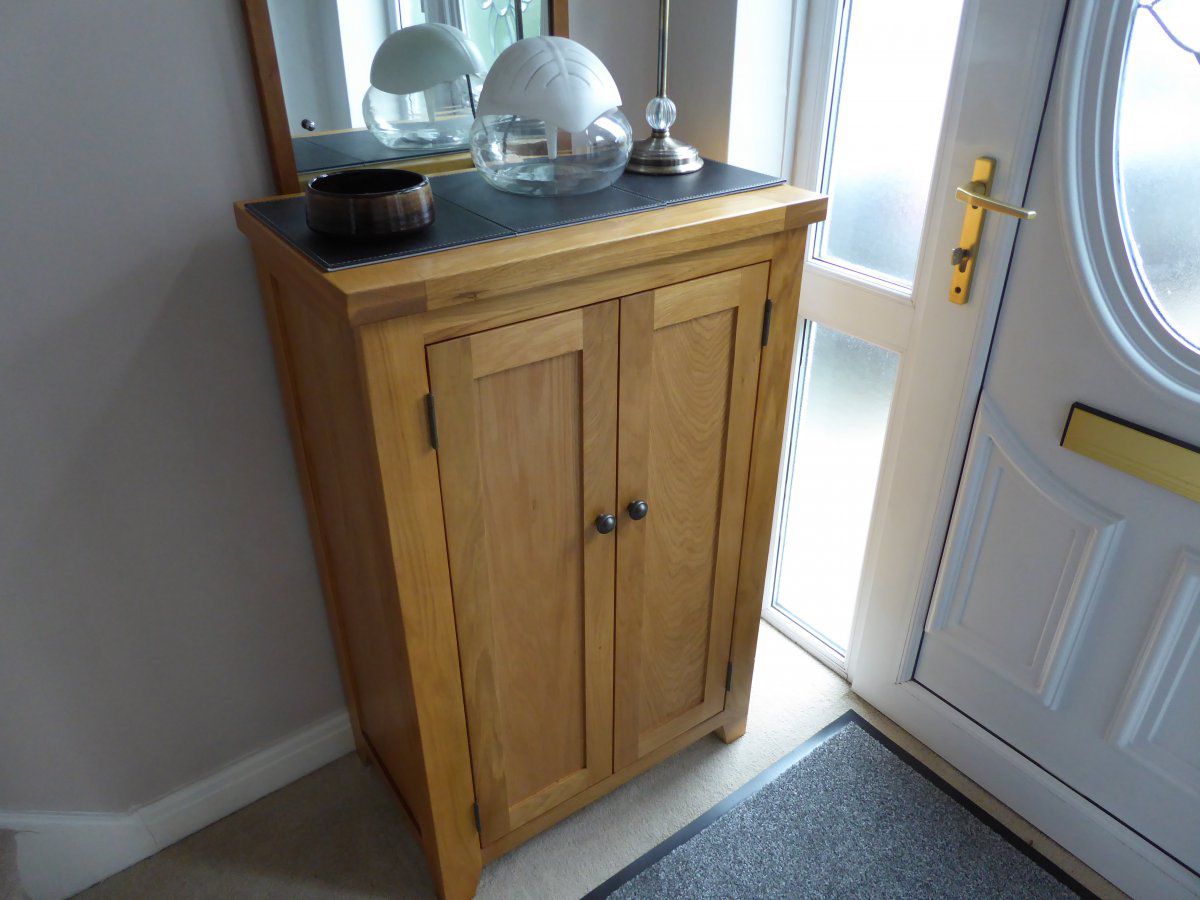 The colour is not far off that of the bookcase I made for the hall, over twenty years ago, from bull-nosed hardwood window sills. It's excellent for shelves as it doesn't bend with the weight of a lot of books.
The wood alone would now cost over £200, it's risen so much in price, so I wouldn't entertain making something like that again. 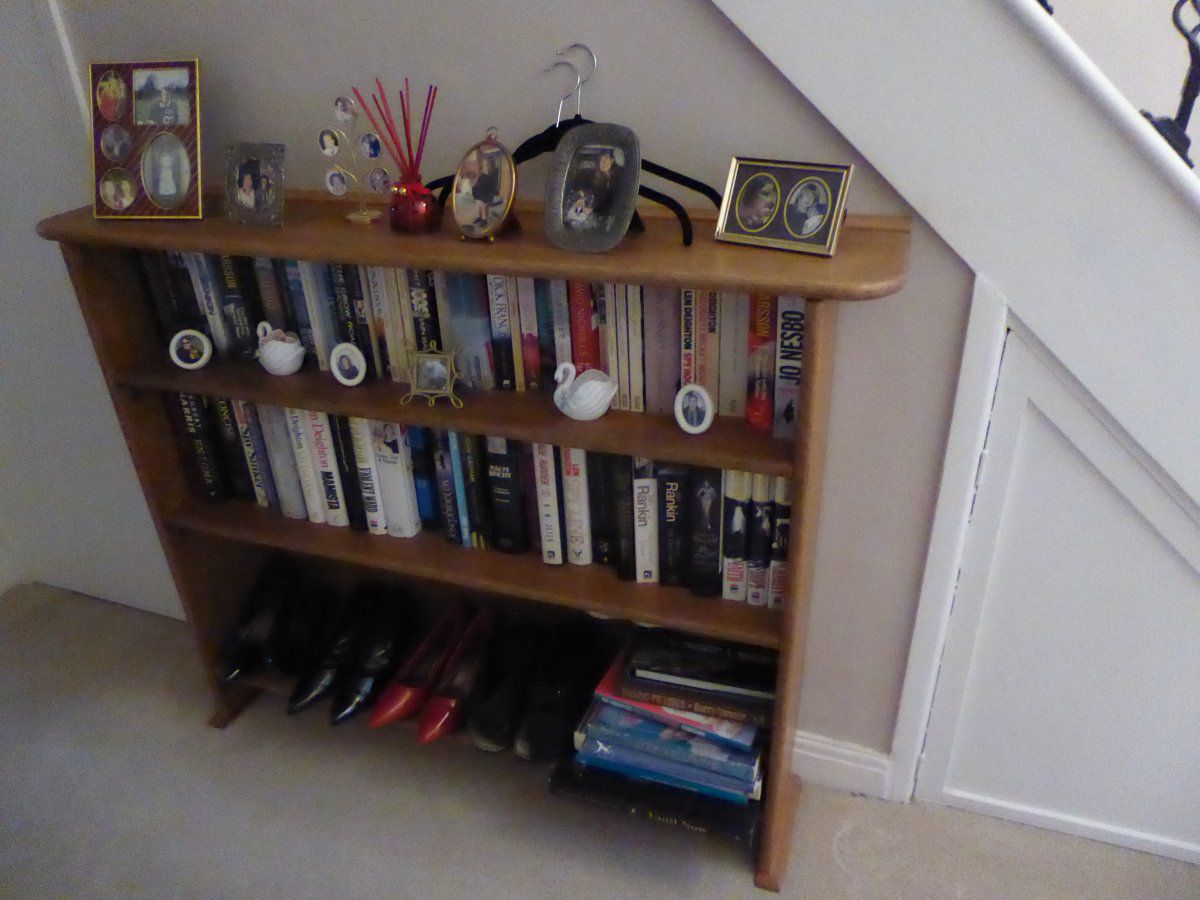 Cutting these Iron poles in my backyard. 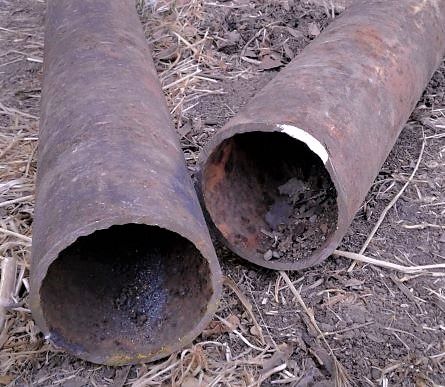 Day before yesterday. It was so much cooler and most of the day showery. Sadly, I can't take the heat anymore, so this days conditions suited me. Did some work in the greenhouse then staked my lilies as the previous rains had bent some over. Top dressed some of my container roses and lilies. Today Wednesday, ventured into the GH, watered and pottered about in the garden. Outdoor temp. 83f too hot for me. Since my cancer started. As sson as I start getting hot, I break out in hives and have to run for cover.

Just a bit of routine maintenance on my tenor saxophone. It's a Japanese manufactured, Yamaha YTS 62.

I've always considered them a mechanical marvel, little changed in over 100 years. Lots of rods and levers required as it has twenty-two keys and you only have two hands!
Some keys are open and others closed in the "rest" position. They are operated by the four fingers, thumb and palm of the left hand and the four fingers and the side of the index finger of the right hand, the thumb just used to support the instrument. They are very tactile and ergonomically designed, so your fingers naturally rest on the keys when you hold the instrument. 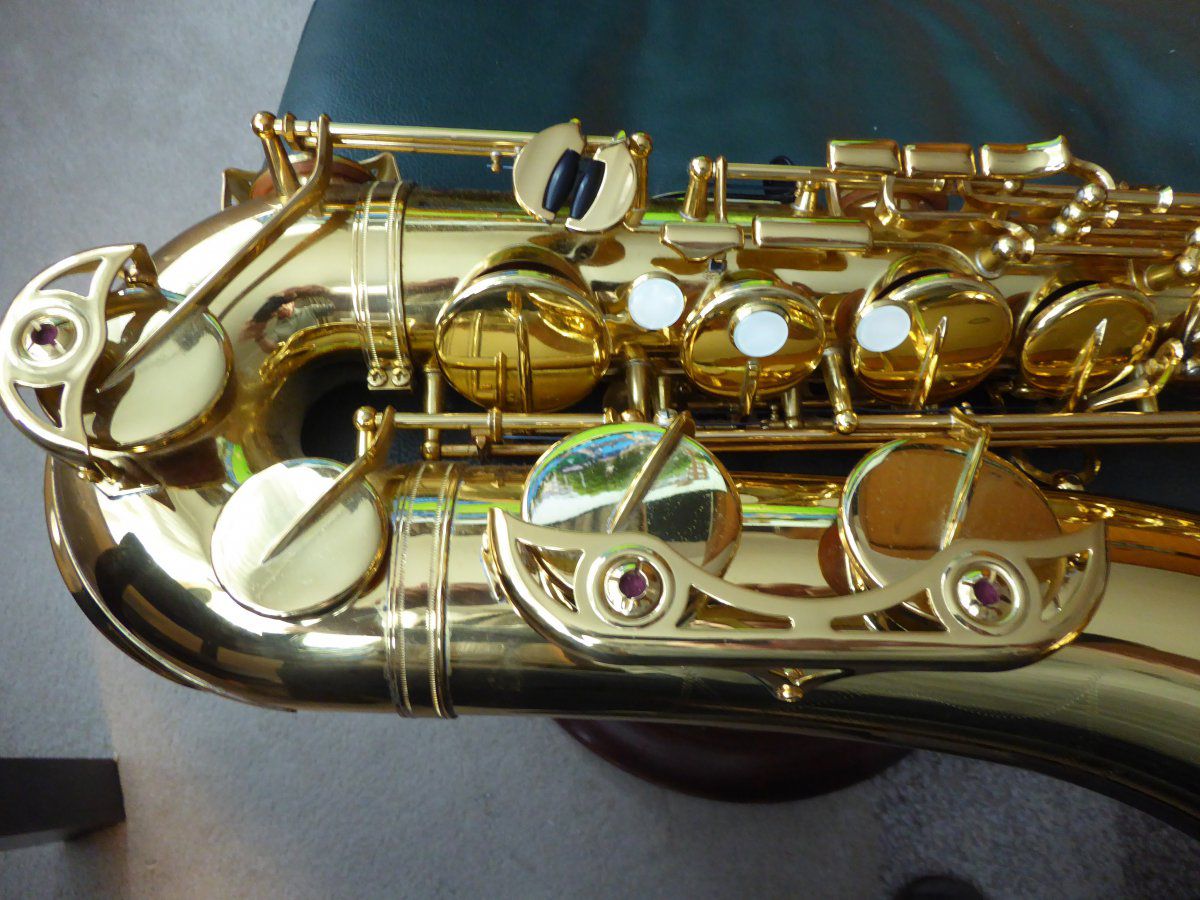 Maintenance is just brushing off any dust, light oiling of moving parts and dragging "powder papers" between the pads and the ports to remove any stickiness. Theres also a long brush you can use to dust the inside of the body. With the mouthpiece, you just need to remove the reed, change it if necessary, or wash it under a tap and give the body of the mouthpiece a good clean out.
A box of reeds can have "good and bad ones," though they all look the same, so you always nurse a good one.

A further job was to replace two missing rubber "stops," which prevent part of the lever of a key from banging against the body of the instrument when the key is depressed. A bit fiddly as they are a tiny bit of rubber not much more than about 2mm square. So it's job with a tiny bit of glue and tweezers. 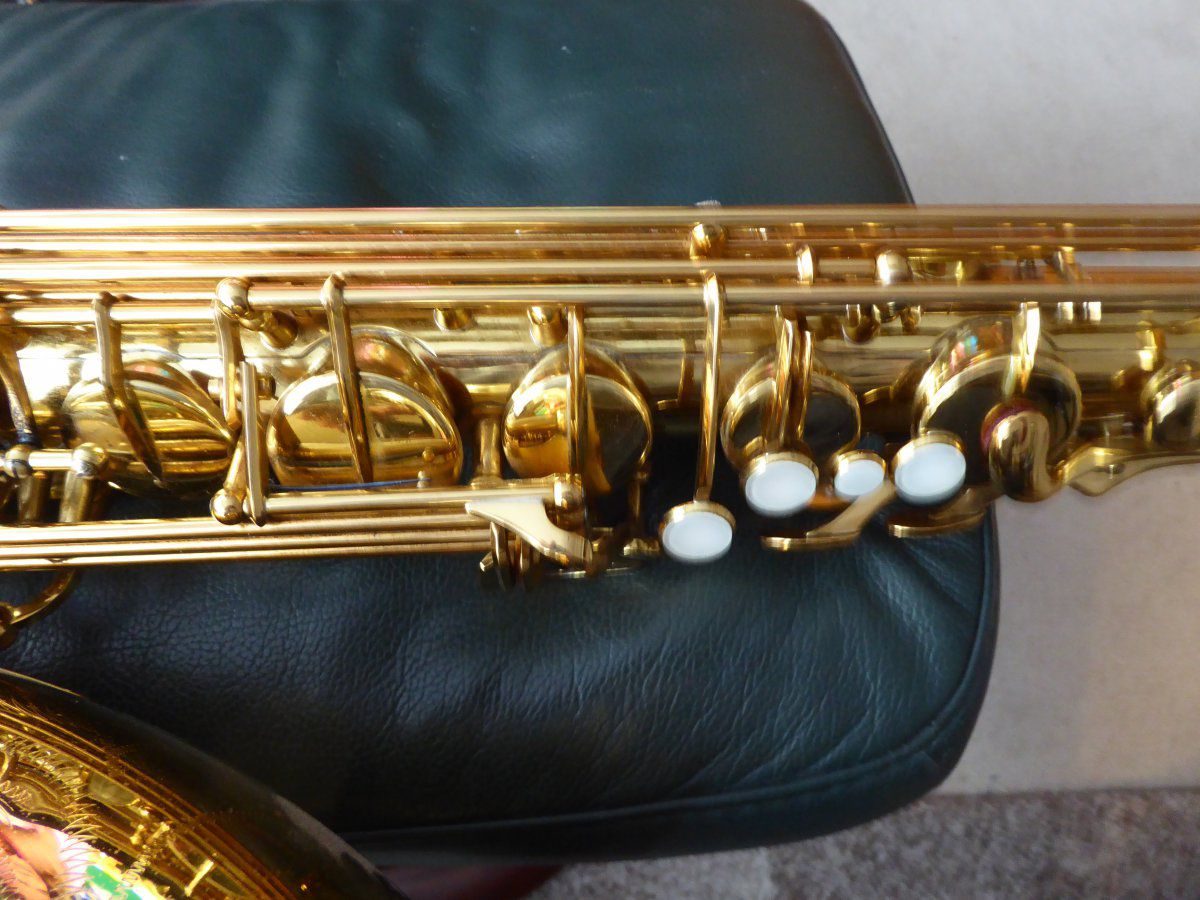 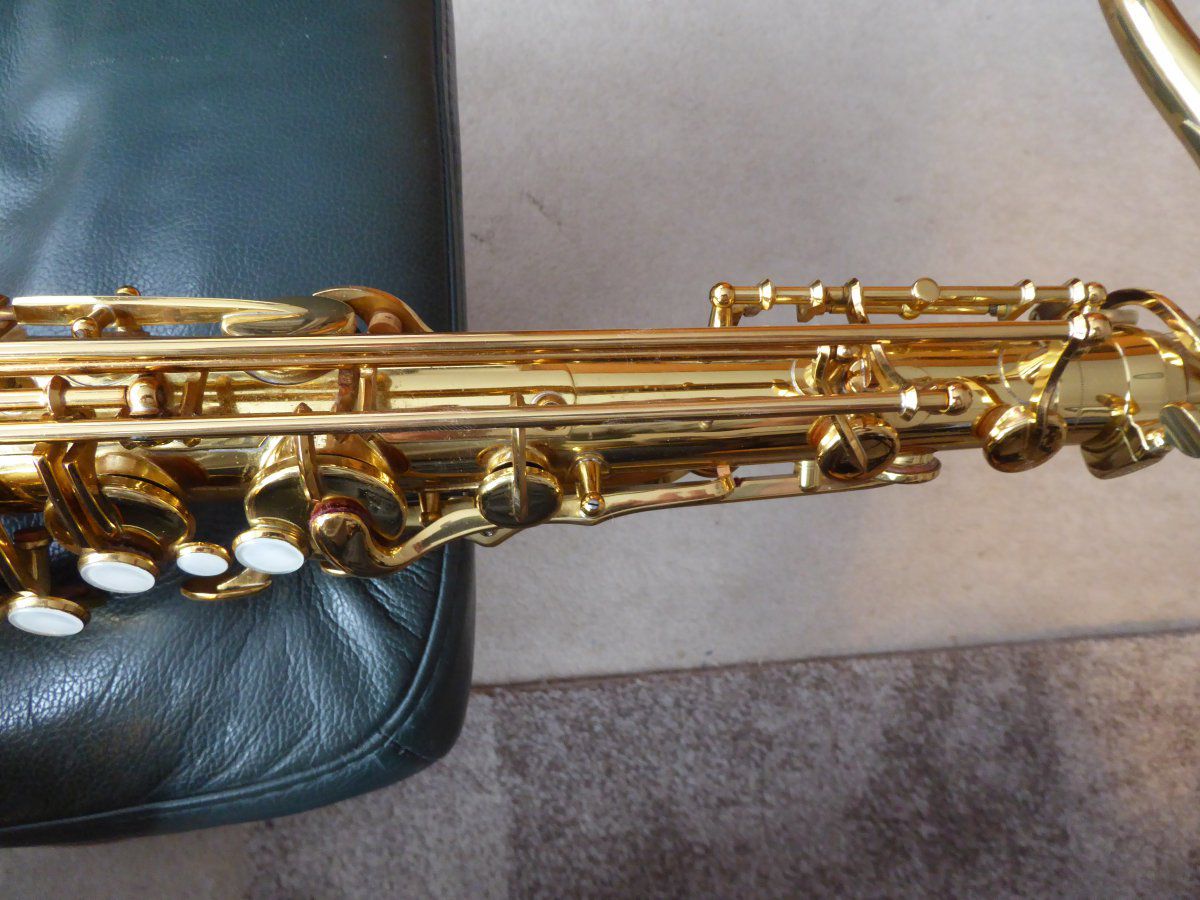 Quality branded saxophones are expensive to buy, mine has risen a third in price in the ten years I've had it, but are supplied with a cheap plastic mouthpiece. The manufacturers know that the talented players (I'm not one) will use one of thir own choice rather than that supplied, often using the same one they had on their previous instrument. Mouthpieces have different gaps between the tip of the mouthpiece and the reed, identified by a number, a personal choice.

This is mine, it's a metal Otto Link Super Tonemaster New York and I use a Rovner fabric ligature, I use Vandoren ZZ reeds. 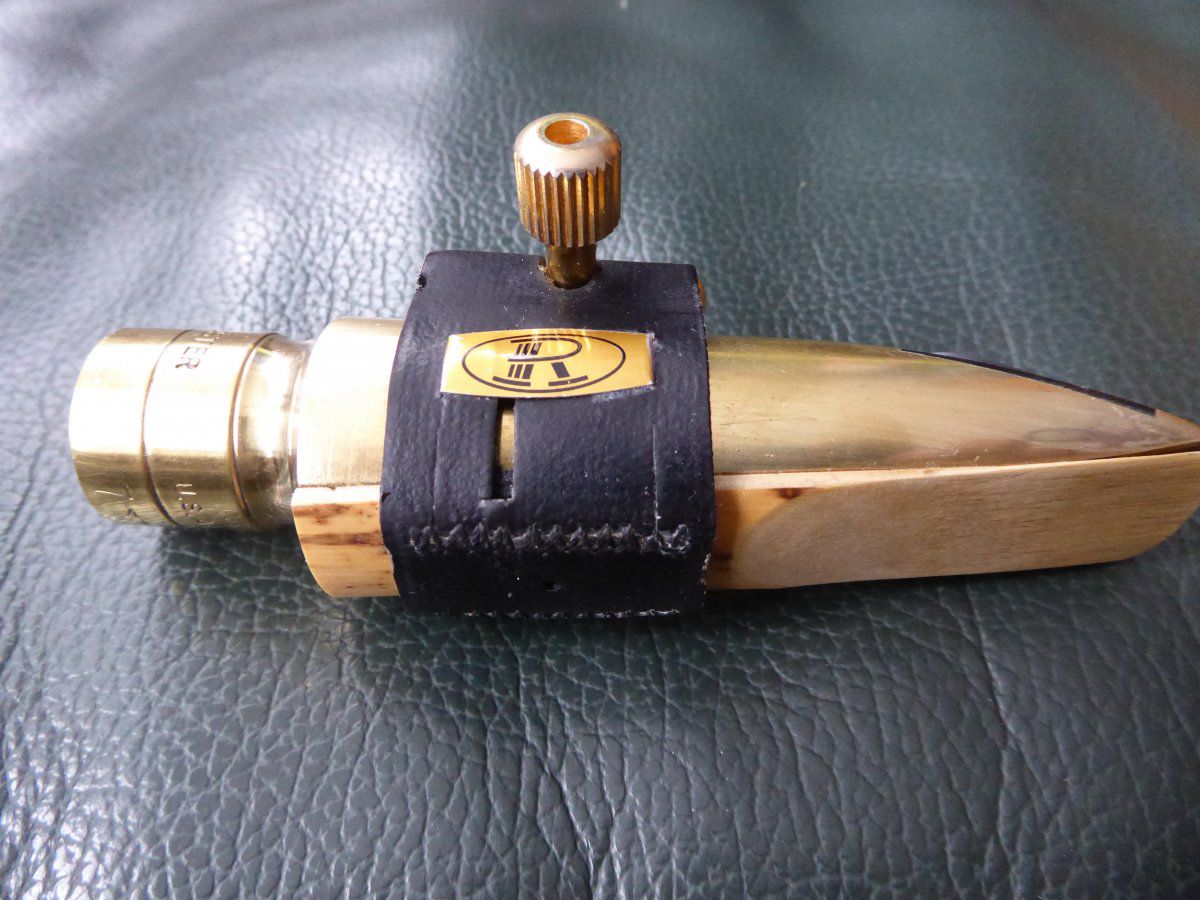 Reeds come in different strengths (thickness) too. The higher the number, the louder it will sound. There's also a choice of exactly how much of the reed you have protruding (if any) from the tip of the mouthpiece and where you position the ligature, the choice is endless.

To give you an idea how ridiculously expensive is this is to to have as a hobby, a box of five of these reeds is now around £20.

Yet the "in joke" amongst saxophone players is,

How can you recognise a professional saxophone player's car?

I watch some of these videos and this one is so sad and what will happen to the puppies and the mother when they go back to the owner.

Bidding on trading cards on Ebay. Taking an interest in the hobby once again. 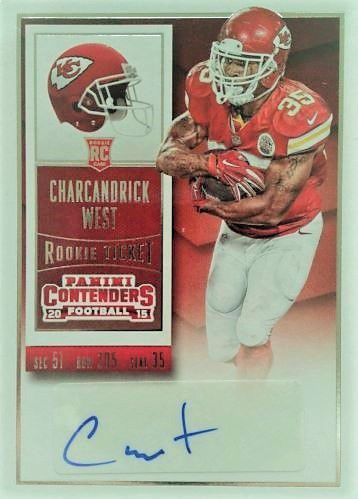 Amateur Gardener said:
Bidding on trading cards on Ebay. Taking an interest in the hobby once again.

eBay can be quite helpful. If you've a particular interest in something and it isn't available. their website has a facility to send you an e-mail if that item later gets listed. Sometime ago I was searching for a particular 45rpm record which had a very limited number of copies issued. The only one available was on Discogs at £130. eBay sent me an e-mail yesterday advising me it now hosted a listing for a copy at £50. But I think I'll pass. Anything more than a fiver I'd consider a waste of money.

This is my Leak 2000 tuner/amplifier. It was made in 1976. I bought it quite cheaply on eBay over ten years ago to replace a Philips 790 tuner/amp I bought in 1972 which had given up the ghost. These Leaks are very popular and one in full good cosmetic and working condition will fetch over £100.

I use it mainly with my jukebox wall box systems to play mp3s through it and my big Goodmans speakers. 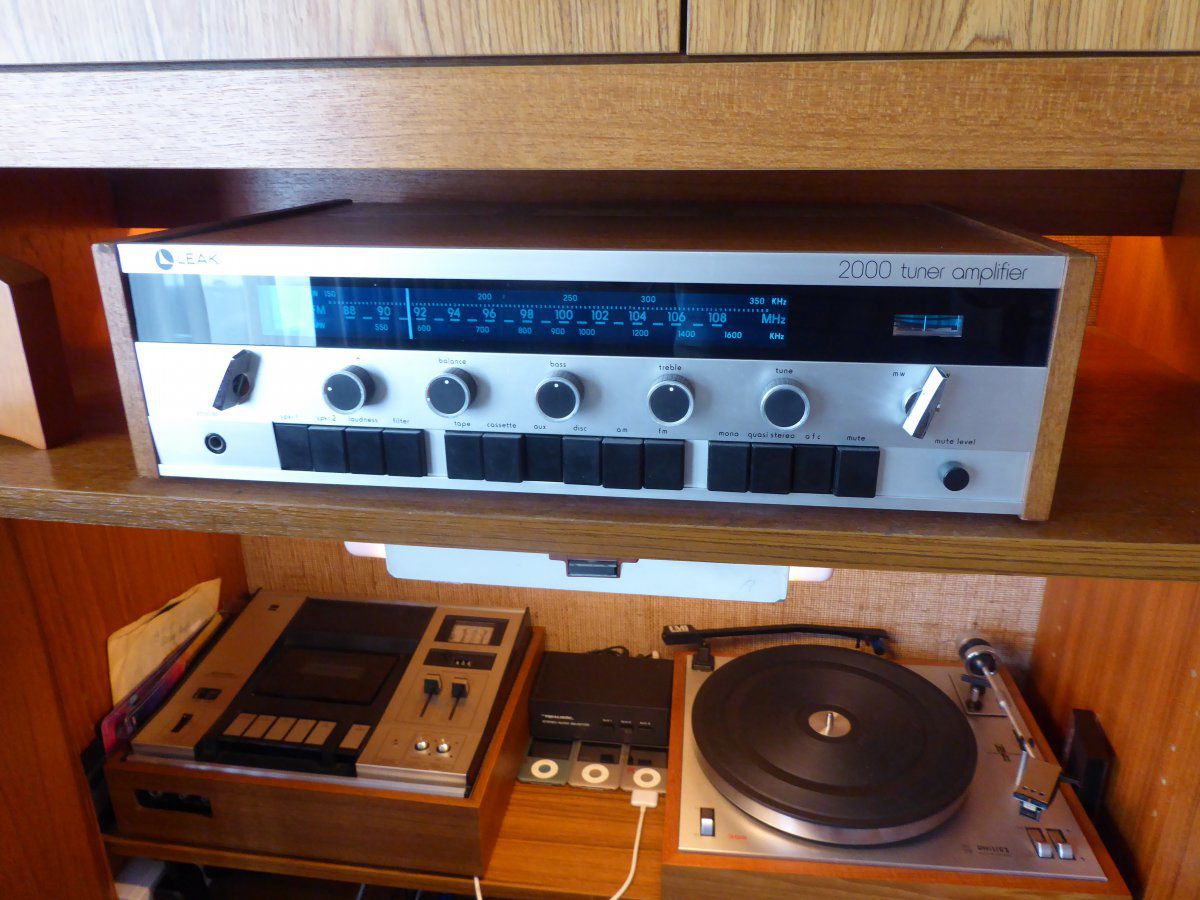 It's also used if I want to listen to the radio, (rarely), play a record or a cassette.


It's also connected to the TV, so I can through it and the speakers, channel the TV sound, or a stick with music in the side of it.

Or any of this lot under the TV. 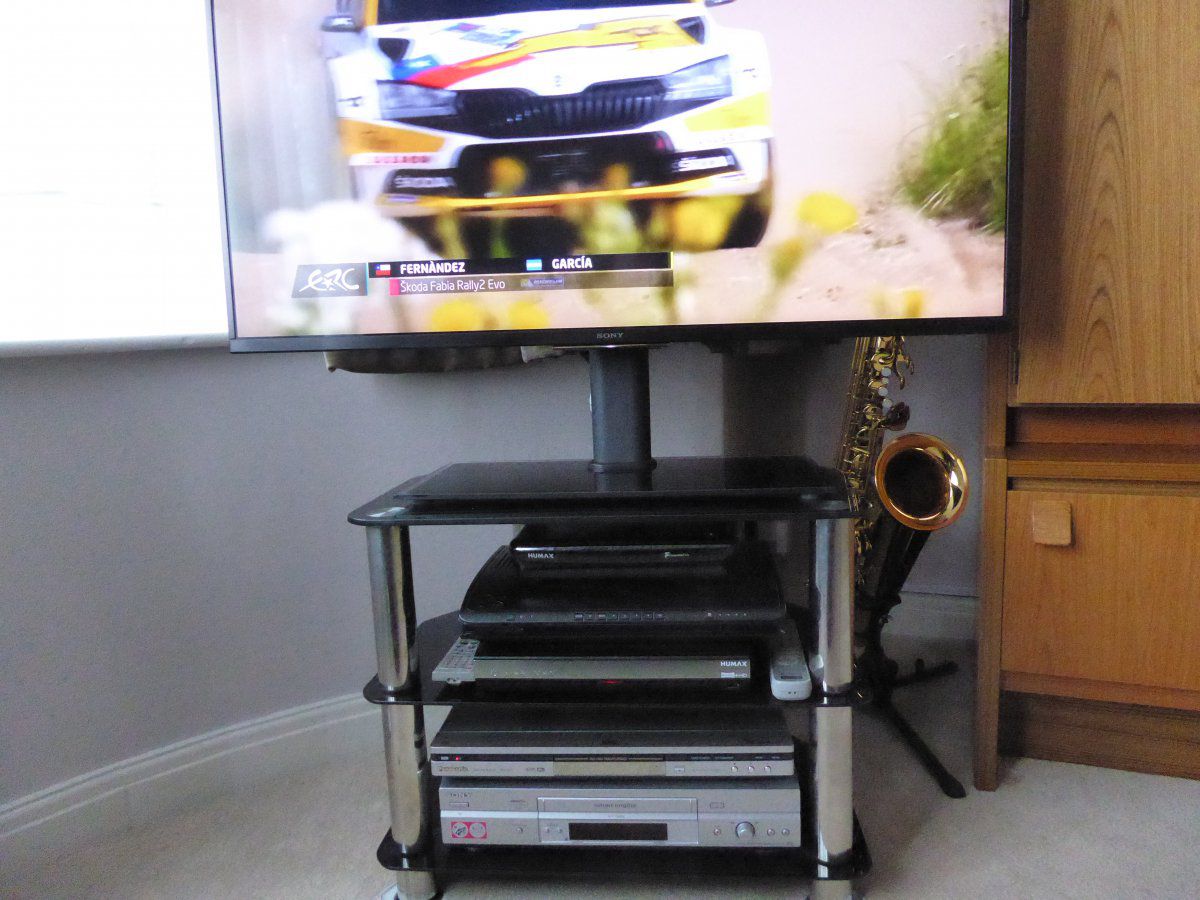 Yesterday, I turned on its radio and moved the tuning knob to find a station, but nothing happened. When I took the top off I saw that the cord that drives the tuning gang had come of the wheels. I guess due to lack of use.

So this afternoon I decided to repair it. I have a service manual which has a whole page on how to "re-string" the tuning cord. But you need a special tool which I don't have, the cord is most unco-operative and unsurprisingly, a bit stiff after all these years. I had to make do with different hooks I made from gardening wire.
The access is terrible.
There's an illustration in the service manual to show you which way the cord goes around the wheels.

The cord travels round two little wheels at one end, one part moves the pointer along the dial, the other end goes twice round the spindle that is connected to the tuning knob, then twice round a three inch wheel connected to the tuning gang, then round two little wheels at the other end. It was an absolute pain to do and took me the best part of half an hour. I had to remove part of the front trim to get the cord round the right-hand wheel as there's a little metal plate that's supposed to stop the cord slipping off at that end. Then I had to make sure the pointer was in the right position. I then gave the wheels a spray with switch cleaner, oil would just gum them up.

I'm now "all systems go." Though I've no idea when I'll next use the radio. But, "I like my stuff to be working," even if I rarely use it. 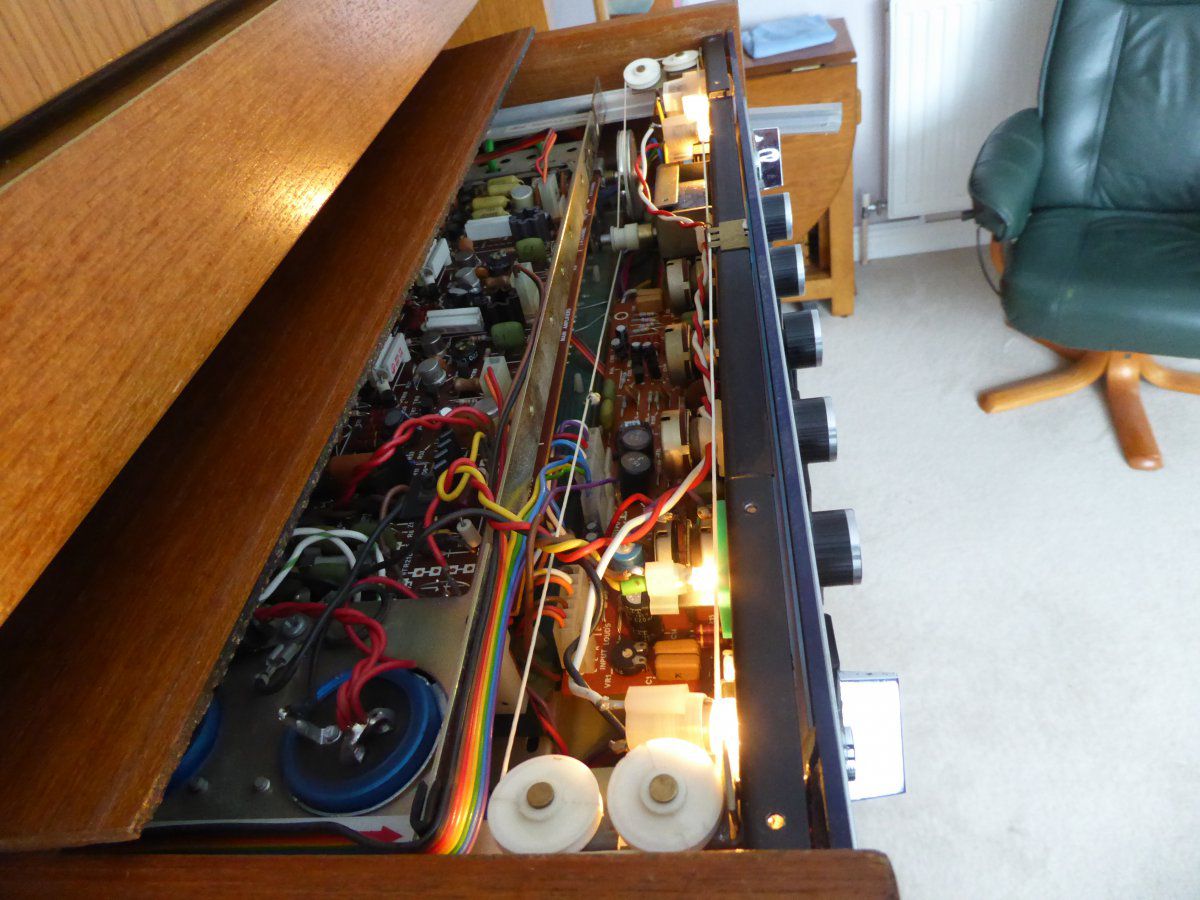 past week was on jury duty. was 6 days total before we were allowed to discuss. finally Friday it ended at 3PM. so mentally exhausting. tough case. was in the newspapers. laying low resting this weekend. did get out for some food shopping. been puttering about.