Help with yellow dying pumpkins and other squash, cucumbers, melons and zucchini


Sorry if this is not the correct forum for this, let me know if I need to post this somewhere else.


My pumpkin, squash, melon, zucchini and cucumber plants all seem to be turning yellow. Some are doing better than others, but none of them are the healthy green that I might have expected them to be. They are getting worse as time goes on, but I want to find out if this is fixable or if they are doomed. I live in Southern California and the temperature has been consistently in the 80s and 90s for a while now. The garden gets sun all day until about 4 or 5 in the evening when the trees give it some shade. Each of the plants are in beds which have some compost, manure, native soil and garden soil. The soil pH was about 6.5 when I put the beds together. I have been fertilizing them as directed on the fertilizer package, using Vigoro vegetable fertilizer.


At first I thought that the problem might be that I was over-watering, but after cutting back on watering and measuring the moisture levels daily to keep them from getting soggy, they still seem to be getting worse just as before. They are getting yellower, the vines are getting skinnier and the leaves are getting smaller. Their growth seems to be very slow. The yellowing begins at the stem and works its way out to the leaves until they are completely yellow and shriveled up. I recently added some Ironite fertilizer as well after reading online that this can help plants get back to a healthy green after over-watering, but it does not seem to be making a difference at all.


One of the plants does have a ton of tiny black bugs on the undersides of the leaves, but the rest of the plants do not seem to have any bugs so I don’t think that’s the problem, at least not for all of them.


I’ve pulled out several of the worst and most dead plants and split them open from base to to very end of the vine looking for bugs and couldn’t find any. The plants have been generically sprayed for bugs, although I don’t know if that helps enough. There is also no chewing on the leaves aside from the occasional leaf miner marks.


I have included photos of the vines that I split open that were in various stages of yellowing, I’m sure you’ll be able to tell which are in the worst condition. Non of them had any natural open holes on the vines, the only slits are the ones I made.


Someone has suggested that it may be a soil borne disease, but the same thing has also happened to a few plants that I recently brought home from a nursery. They are still in their pots and have been kept far away from the garden the whole time, so they haven’t touched my soil. Another person has suggested yellow vine decline which does look a lot like my problem, but one of the symptoms is rapid yellowing/wilting overnight and my plants don’t decline that quickly, it usually takes weeks. Also, I tried growing squash plants two years ago in different locations but had the same problems, does that mean that I may just have a disease hanging out near my house just waiting for me to plant or bring home squash to infect?


If anyone knows how to stop or prevent this, please let me know. I had the same problem trying to grow pumpkins and squash two years ago - the plants would either die before producing fruit or would produce one puny fruit and then promptly die afterword. They never got big vines the way that squash plants are supposed to. I wouldn't be surprised if this is a case of gardener-error as I am a complete novice at this and have yet to grow a very successful squash plant.


If you know what it is, please let me know how to take care of it. I’m pretty sure they’ll all die this time around, but I really want to be able to grow squash some day and being able to prevent this in the future will be key. Thank you all in advance for any ideas. 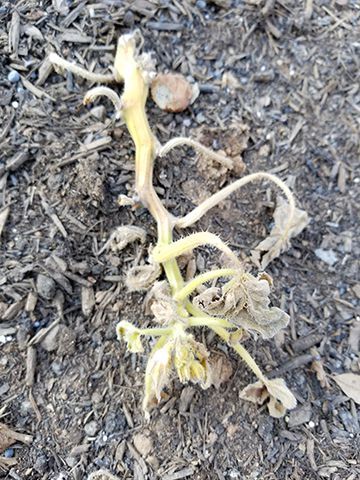 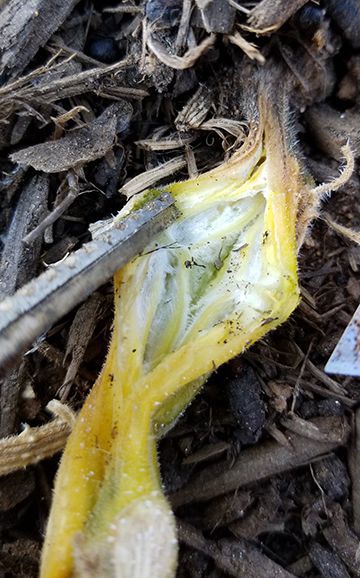 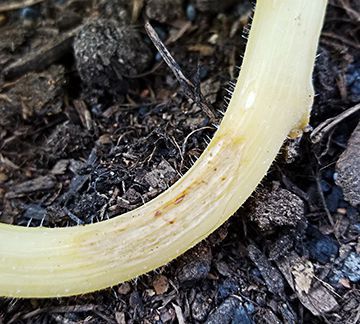 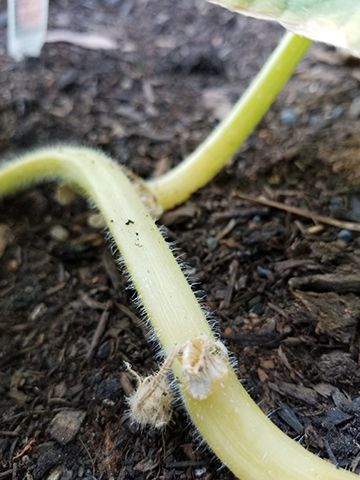 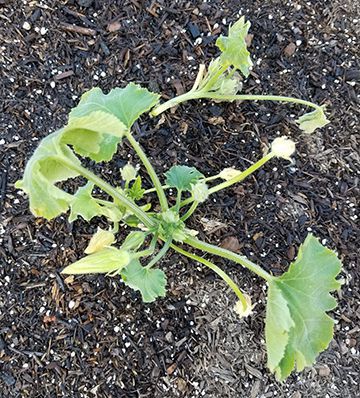 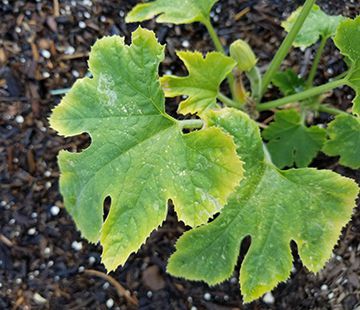 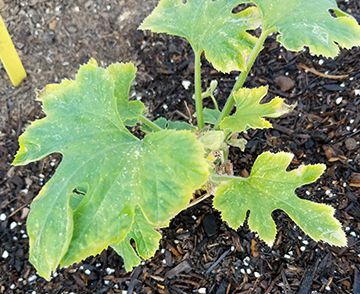 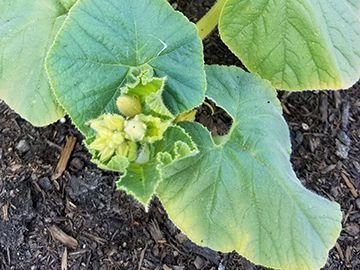 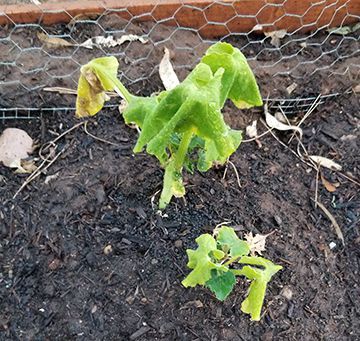 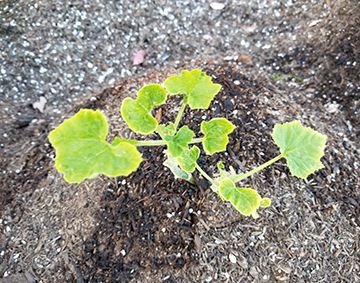 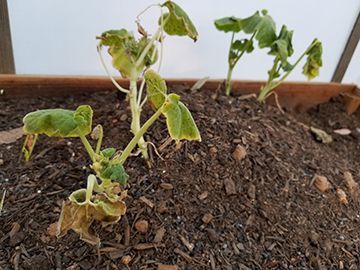 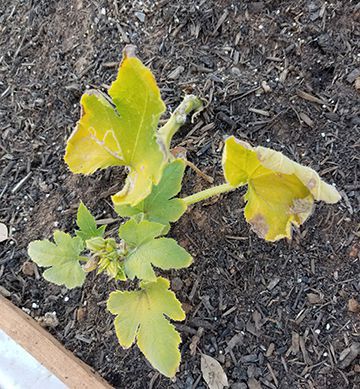 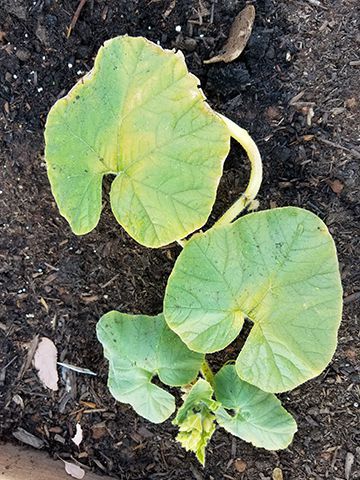 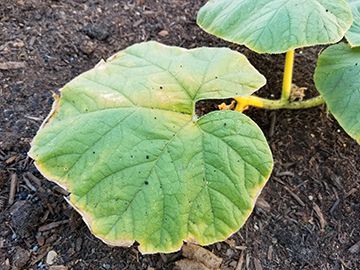 The black dots in this photo are just accidentally placed granules of fertilizer that I've since brushed off. 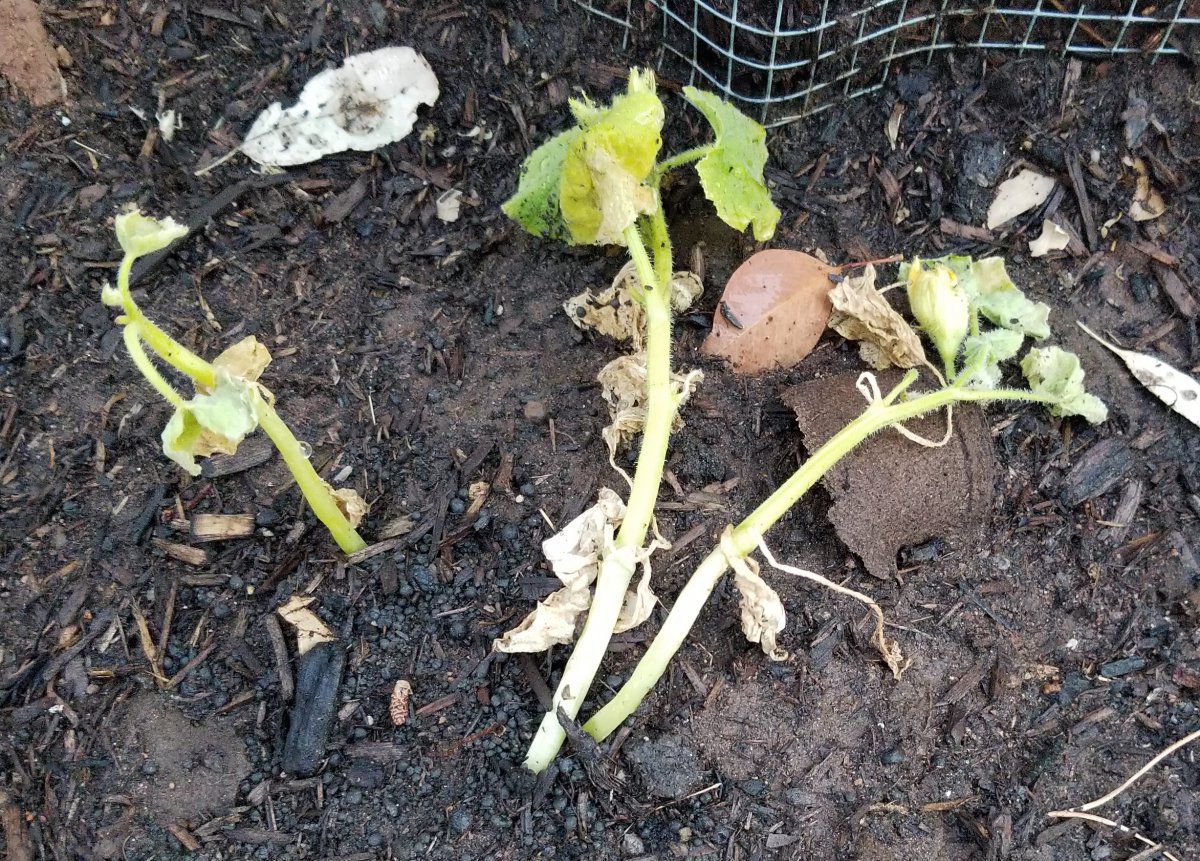 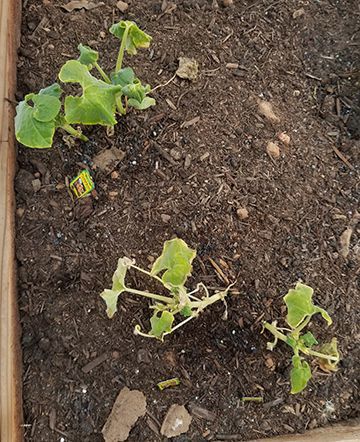 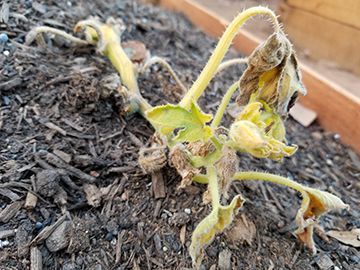 Welcome to the forums

Just looked thru the book, looks like Verticillium wilt

Treatment : keep air moist and warm, shade the greenhouse and do not overwater.

Looks like there's root-rot from over watering too.
Your mounds look good, but are you watering the top of them?
Should be round the sides.