I planted the seed for this plant in May.
It sprouted about 3-4 weeks later.
It seemed to be growing just fine and looked very healthy.
Once it started growing its 7th & 8th leaves, The cotyledons started to yellow then dry out, which had me concerned because I know nothing about plants or growing them and thought something was wrong. Eventually, I learnt this was normal behavior.

At the same time though, I noticed another leaf's tip "edge" starting to show the same signs of 'yellowing/drying' and over a week or so it became completely dried out/brown.

What I am most concerned about is that another 2 leaves are starting to look pale at their edges.

Throughout, the plant has continued to grow normally (it seems), and is now almost finished growing its 9th and 10th leaves and they look very healthy.

I've gone through the checklist of things to do to avoid chlorosis; soil ph, water, amount of light, temp ect,,
From what I've been able to gather, these are signs of either:
- some type of nutrient deficiency (like iron)
- A possible problem with drainage, causing root problems.
- Too much or too little water.

I added four images, the first is a picture of it when the cotyledons were dried out but the rest of the plant was nice and green.
The next three pictures were taken about two weeks later and they show the one other leaf that dried and browned as well as the cotyledons which are still hanging on.

The plant still seems to be growing well everyday, but the fact that two more leaves are starting to act as though they're getting ready to yellow/brown and dry out as me really concerned. I am ensure how serious this looks or how concerned I should be about it, I really know nothing about the subject and it's difficult to find any info on gardenias that are so young.
For all I know, This may be nothing to worry about, and I really hope that's the case but highly doubt it.

Any advice is greatly appreciated

I would gently transplant the plant into a small pot or a clear plastic glass with a hole for water drainage. The roots of a young plant must develop in a small space. Also it will give an opportunity to put the plant closer to the light. When the roots completely fill a small pot, the plant can be transplanted into a larger pot. I would choose a ready land for azaleas or rhododendrons if it is sold in your shop.

Thank you very much for the reply, it is really appreciated.
I will do that.
One thing I noticed is that the leaves would begin by a yellowing''chlorosis'" of the veins while the leaf remained green until eventually the whole leaf dried and browned. All of the info on deficiencies that I could find described the opposite; -yellowing of leaves while veins remained green. In your opinion, is there anything that this could be specifically attributed to?

Also, in your experience, is this something that I should be really concerned about, how serious is it? There are forums that talk of a natural yellowing or 'ageing' and eventual drop off of up to 1/3 of the plants leaves in late oct/nov.-Would this also apply to such a young plant? Sorry if this seems like a really dumb question I am still truly without a clue when it comes to growing plants.

Jett said:
Sorry if this seems like a really dumb question I am still truly without a clue when it comes to growing plants.
Click to expand...

There are no stupid questions. We all learn.

I think that now it is not a chlorosis problem. The main problem now is the wrong planting of the plant.
I will show photos of the Russian forum. We have gardeners who love to grow gardenia from seeds.

They sow the seeds in small dishes and in a special land for gardenias or azaleas. The supply of nutrients in such a land provides an opportunity for the proper development of plants. Gardenia also loves the light (not the sun). Therefore, often used lamps for plants. 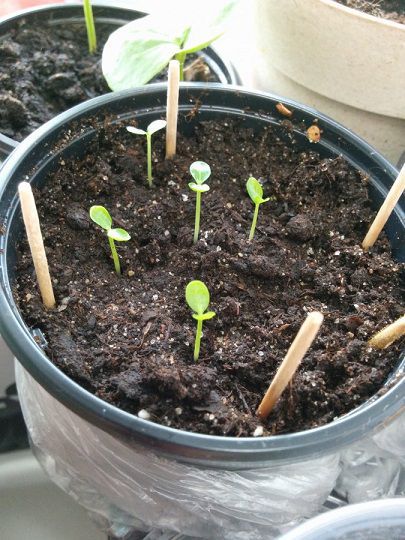 When the plants grow up a bit (like yours now), it must be transplanted.

Then it is necessary to wait, when there will be many roots, and again to transplant gardenia into a larger pot gosh into a special land. 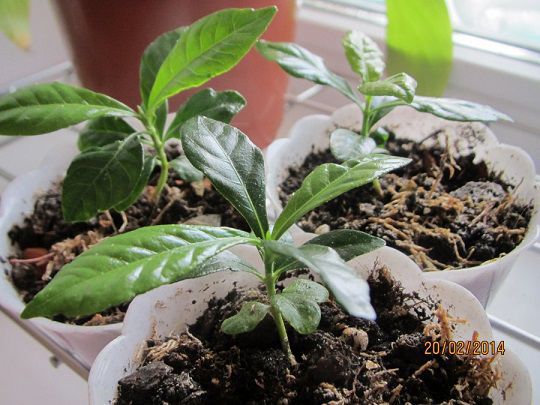 But there can be chlorosis. 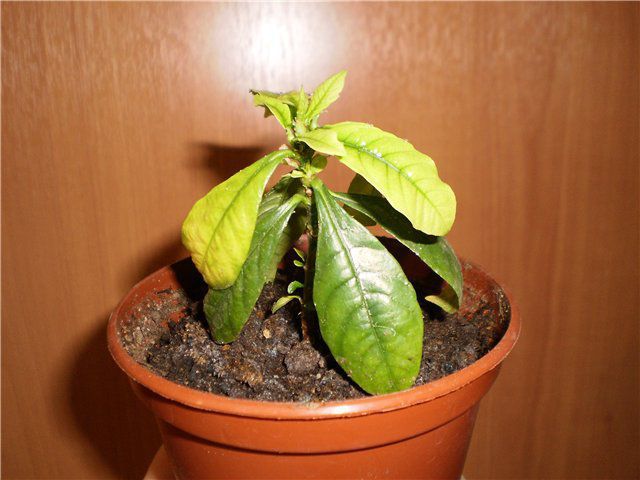 There are special fertilizers for gardenias.
But usually this is not enough. Therefore, gardeners use special fluids or powders that contain iron for plants. Often this is iron chelate. This is used for spraying and watering. As written in the instructions.
Prevention is necessary. This means use before the appearance of chlorosis.

Plants from seeds do not always retain varietal traits. For example, it can grow a plant like this. 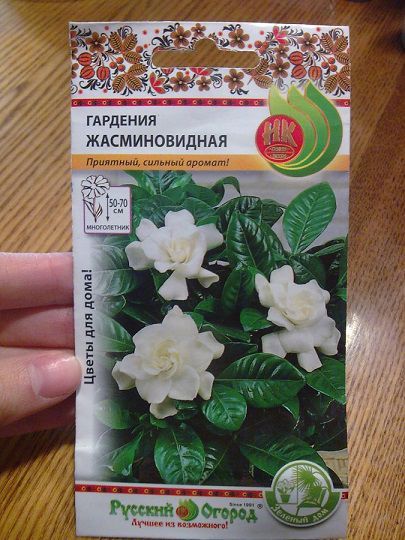 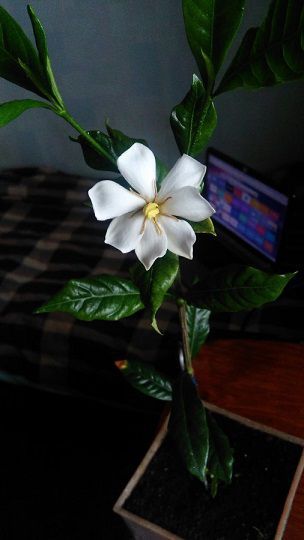 You can save your gardenia if you create all these conditions. It's too early to talk about natural aging.
The plant should grow stronger and new leaves should be stronger. When it grows up, you can cut it to beautifully shape.
Good luck!
Ad

Wow, thank you!
This advice is extremely helpful. just what I was looking for.

You're awesome!
Cheers
You must log in or register to reply here.