First Strawberry flower of the year 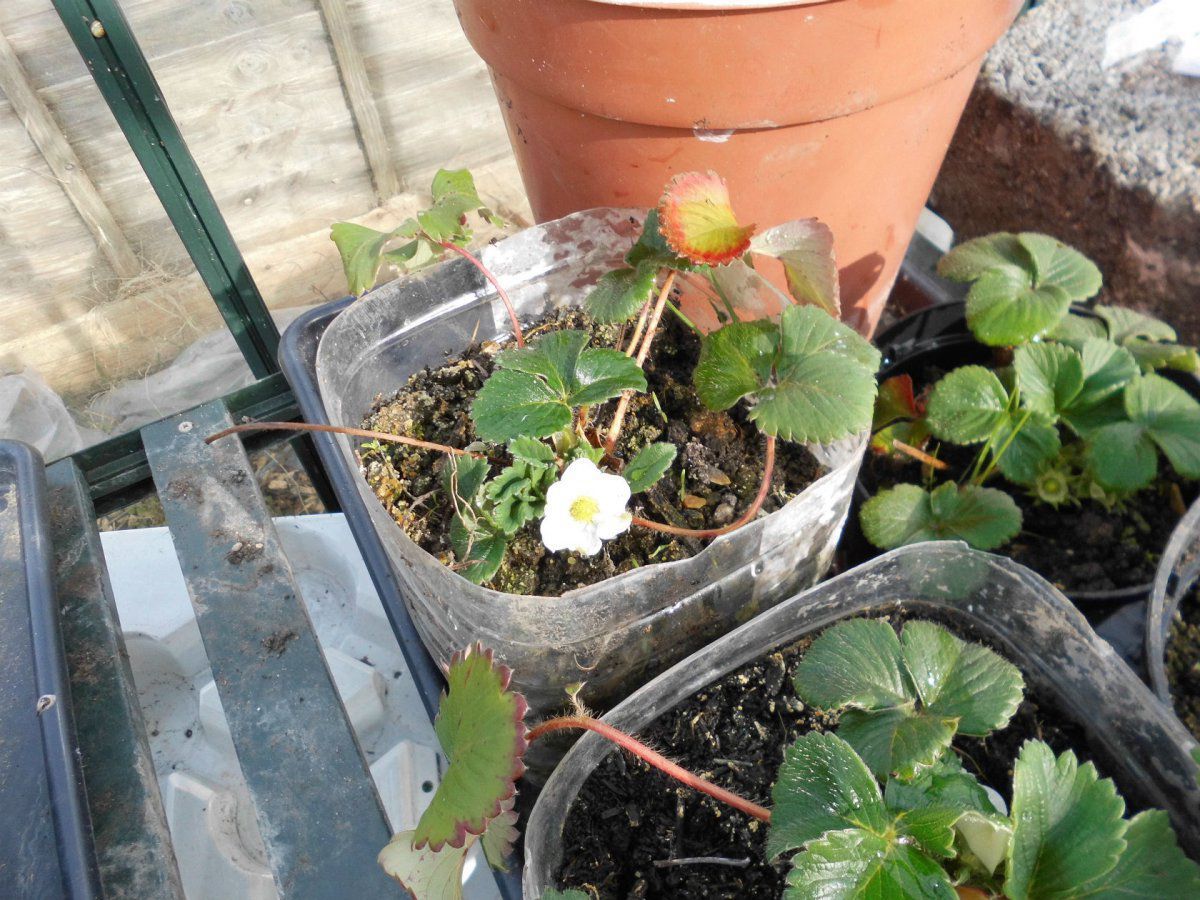 I planted my strawberry bare roots last year so I'm hoping for a good crop this year. I've seen a few blooms so far. I live in Middle Tennessee. I started with 55 plants 25 are ever bearing and the other 30 just regular berries. Nothing better than berries straight off the vine. I have to buy netting to cover them because the birds love them too.

Here we having just about everything growing green. Our plants and bushes and bulbs are all starting to bud. More importantly to us in particular, our horses have begun to graze on freshly growing orchard grass in the fields.

This year we saw one major snow event that was thirty-six inches in one day. That melt and some occasional rains have made the soil nice and damp. Meanwhile we soon after had some sunny days and unseasonably warm weather.

Located in the Potomac Highlands. 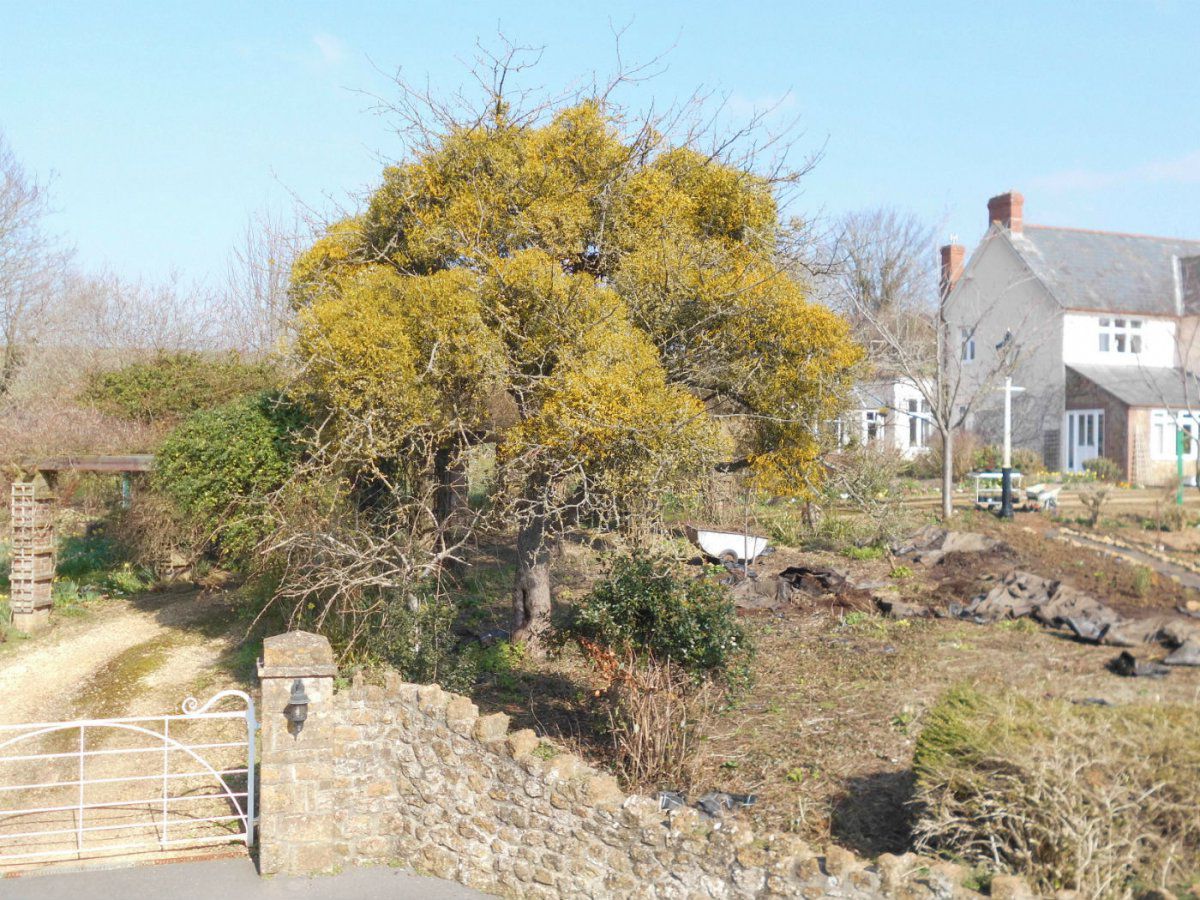 I started mowing yesterday. The grass is already lush and green. The apple trees are full of blooms, but we have frost coming. Greens are sprouting, cabbage seedlings are in the garden, the garlic is looking good, but no asparagus yet. It got above 80 yesterday, but snow forecast for Saturday.
Ad

There's more mistletoe than tree there!

The Mistletoe looks pale Zigs, will it green up around Christmas time?

It'll green up, wrong end of the year for it

From the front....lettuce, spinach and kale 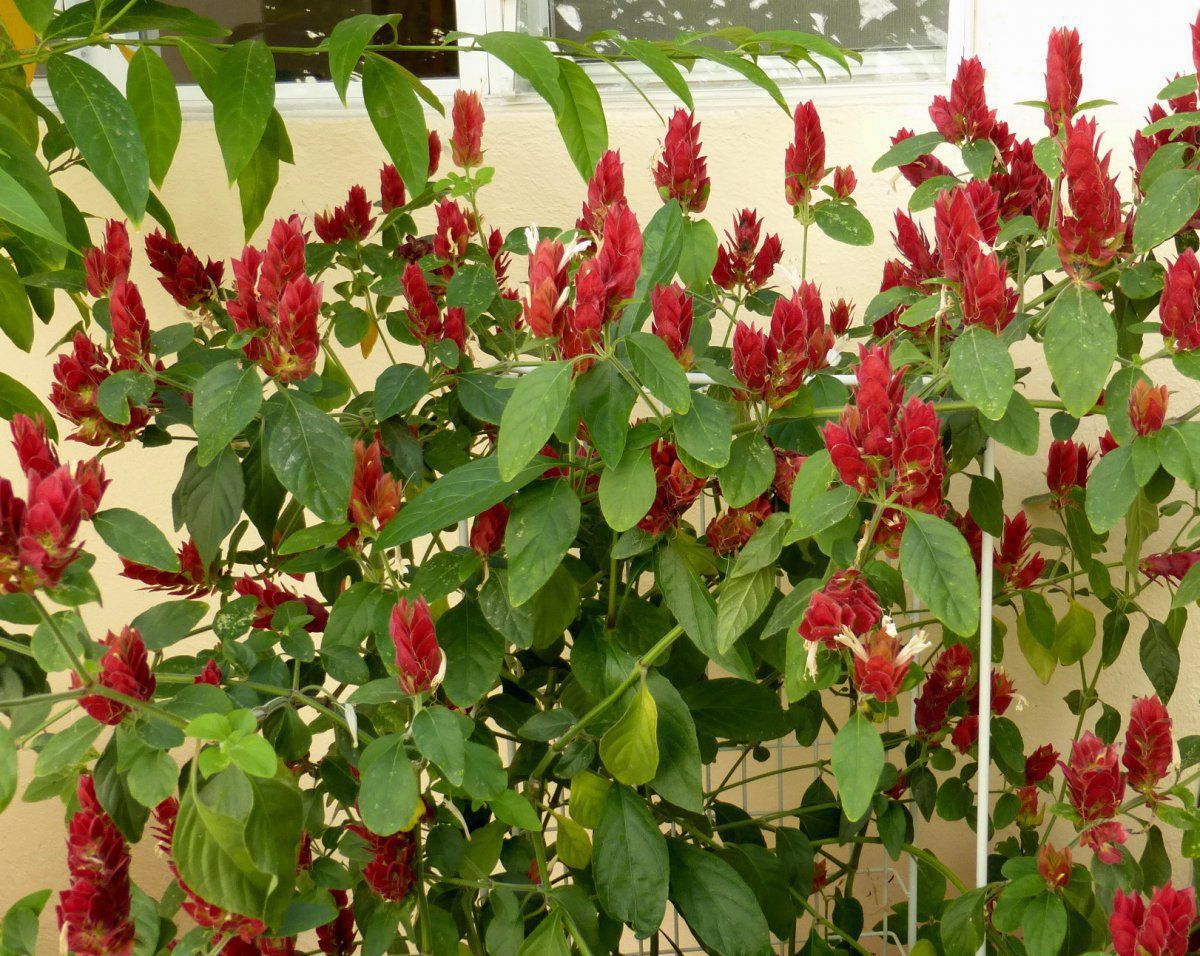 mmmm, well the Justicia brandegeeana (Red Shrimp Plant) is looking good, but i guess it always looks that way, and the Tropical Hibiscus is looking good, but it always looks that way too (except maybe a couple of months out of the year). I can't seem to upload a file. When i select this option it allows me to "open" a file, but not "upload one". I'll have to work on this. 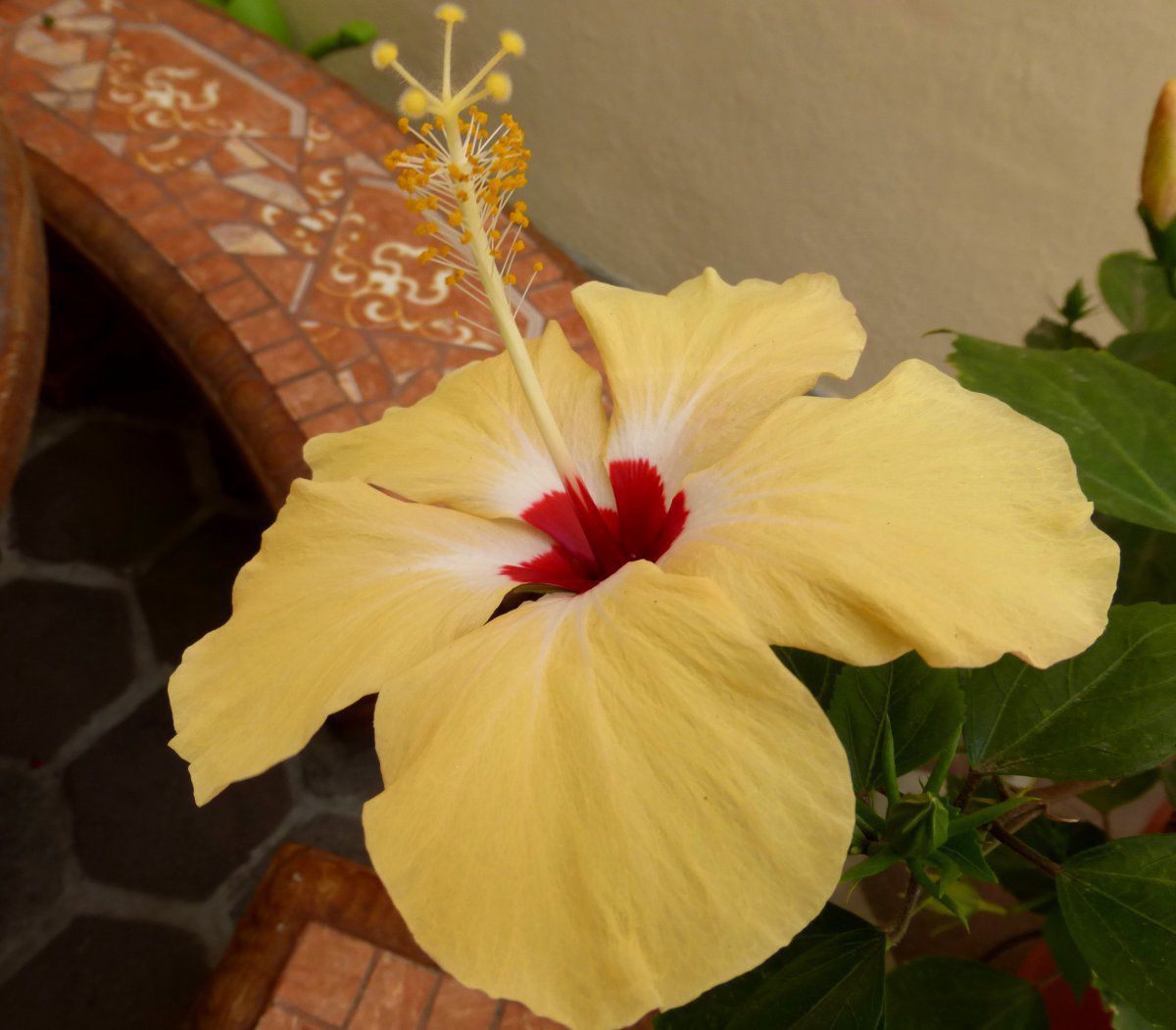 Oh, there we go, sort of
Ad

@Beverly, I'm looking forward to the arrival of the hibiscus. Until then.... 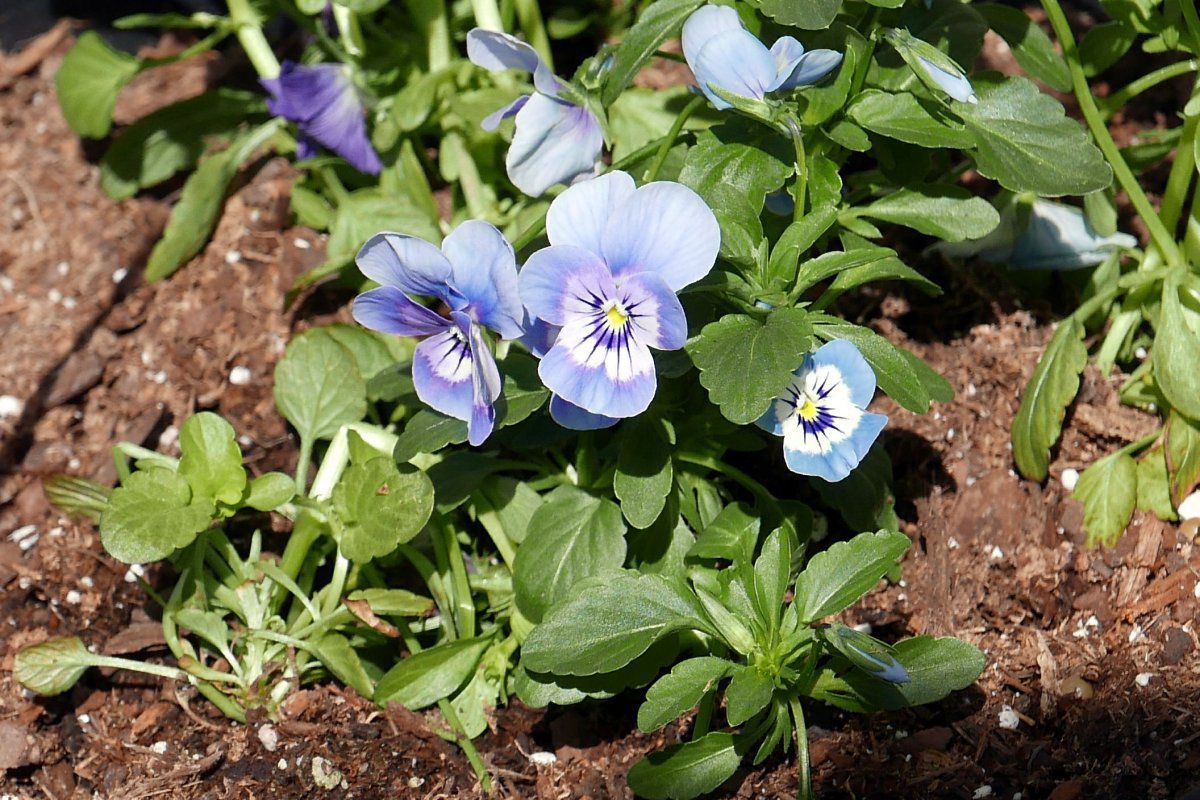 Yes. I'm doing a few touches of flowers this year, mostly planters hanging off the fence or dangling from a shepherd's hook. We're not in a drought here, but I've decided to compact and grow in a smaller area. Part of the reason is that I had designated too much space for my "crop".

I never look at drought conditions to the south. Mother Nature treating you well? I see you're in an itty-bitty state on the Pacific coast. I'm guessing you're doing fine rain-wise.
Last edited: Mar 18, 2016

I can't even imagine "too much space"...i have dreams about having more space. I day dream about cutting the house in half so i will have more garden space, sometimes i dream about cutting the neighbor's house in half. Yes, Colima is an itty-bitty state but it has a lot of geology like volcanoes (one very active, one dormant), ocean, earthquakes, 140,000 hectares of Biosphere, lots of fruit plantations (coconut, pineapple, bananas, papaya, limes etc). So it would not be so easy to walk from one end to the other. I used to think Colima was the smallest state but learned that there are 2 states smaller. The state of Colima is not short of water and we do not worry about drought, but the state to the north is prone to water shortages. Actually i think the world has a water problem. A few years ago i installed water saving toilets and hardscaped all of the planting areas in the front of the house (the garden is at the back), leaving the olive tree in the sidewalk planting strip. About half the year is dry and the other half is the rainy season and both seasons are warm. This year i am installing at least one and maybe two rain barrels to capture rain water for the garden. Yes, i would say Mother Nature is treating us very well although she is becoming less predictable. The volcano which is practically in my backyard exploded just about every day during 2015 and sometimes 3 or 4 times in a 24 hour period with no loss of human life. So we were all treated by Mother Nature to just about the greatest show on earth. Everyone here loves the volcano and is very proud that Wired magazine named it the most spectacular volcano of 2015. Happy to hear you are not suffering drought conditions, are you in southwest Texas? From the news, it seems like part of Texas is getting way too much rain and another part is not getting any...well it is a big state.

North central Texas. Sometimes I turn on the TV and am stunned by all the weather that has been happening around me when all I got was a little rain and very little wind. It's actually a little spooky.
Ad

I don't see anything growing here yet in Michigan! The weather is very temperamental at this time of the year, but the birds are coming back slowly.

A few shots from yesterday morning 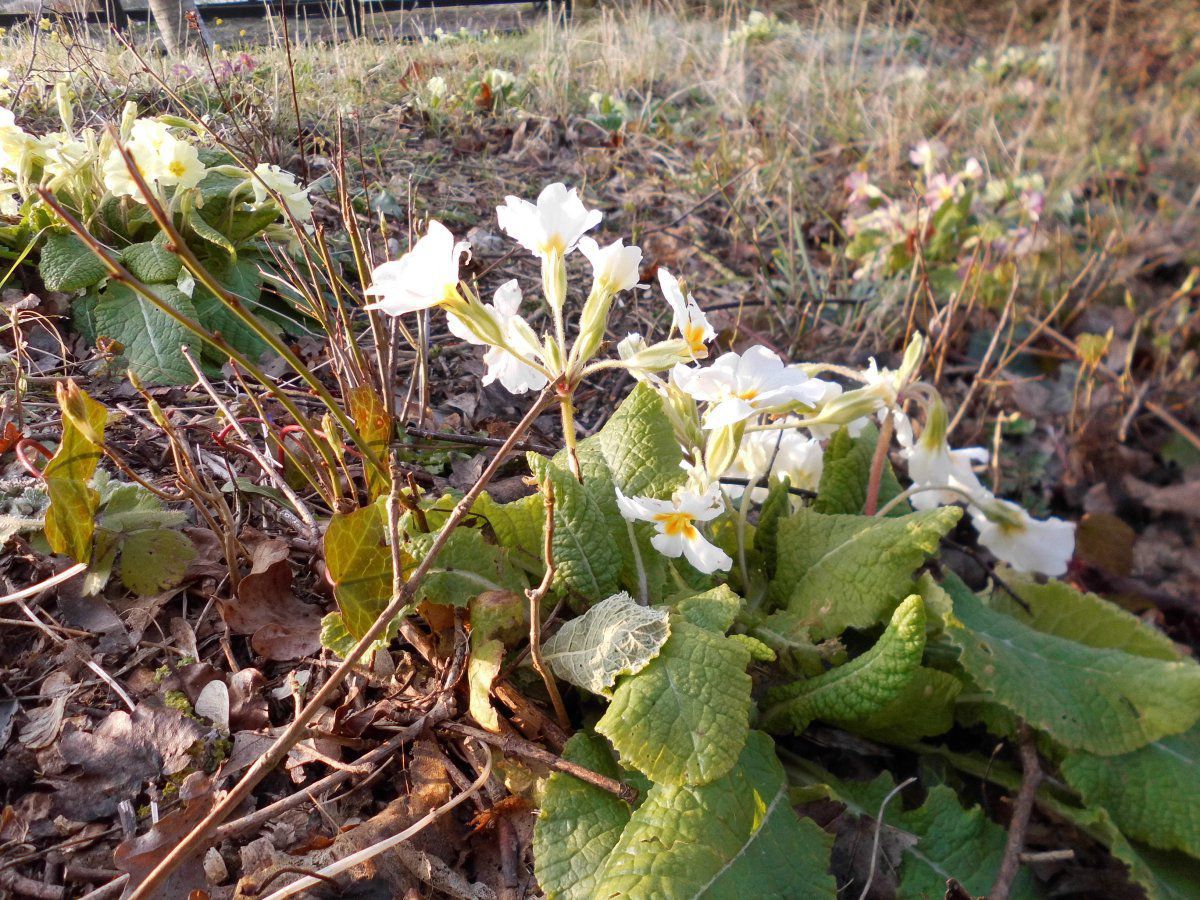 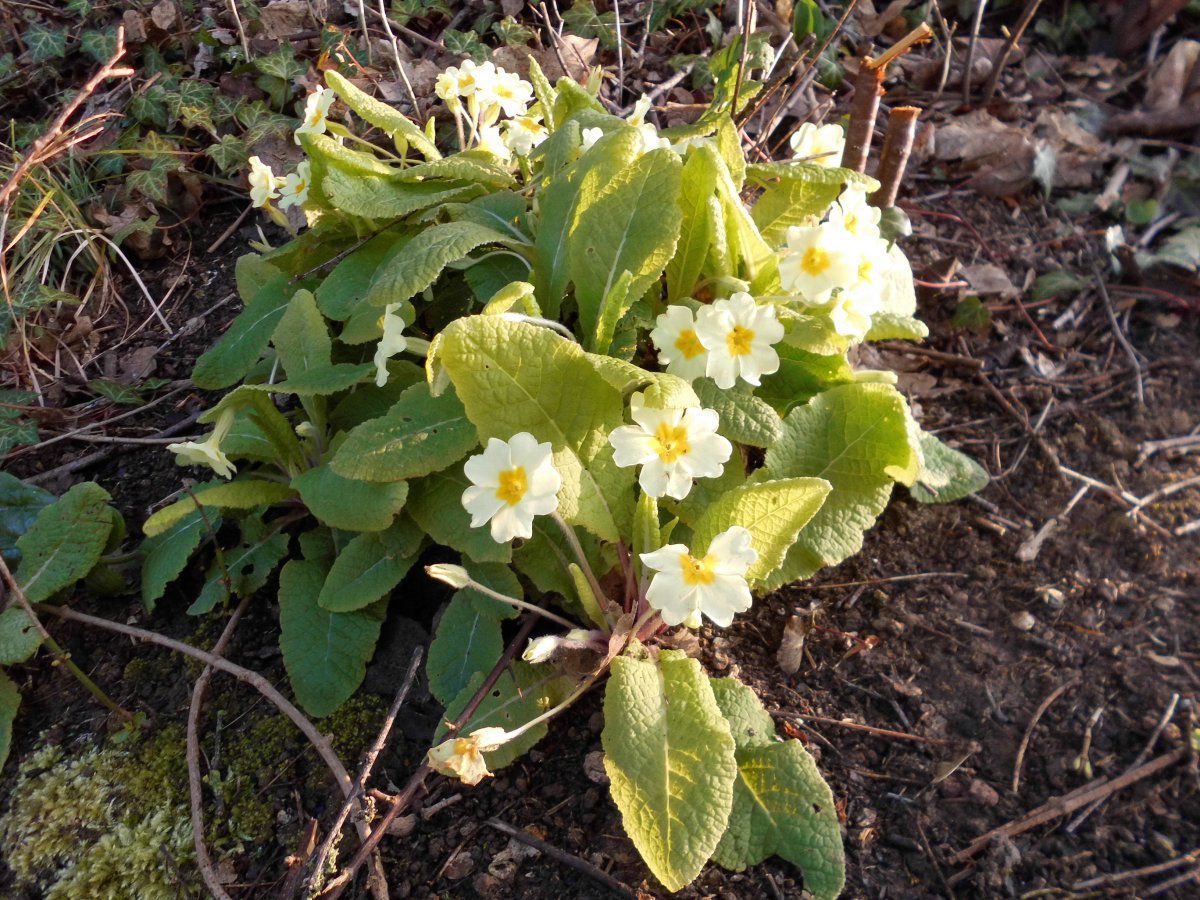 Very nice @zigs...what are they? Yes, i know they are flowers, but what kind?
Ad

Beverly said:
Very nice @zigs...what are they? Yes, i know they are flowers, but what kind?
Click to expand...