What's in the news today?

Now doctors prescribe ALLOTMENTS to help with loneliness or muscle and joint pain
What a good idea!

And who says Romance is dead?

Great-great-grandfather, 97, surprises his wife, 99, with a large bouquet of roses to express his love for her after 82 years of marriage
***

Russia claims to have successfully tested a NUCLEAR-POWERED cruise missile that can fly forever, has an unlimited range and is impossible to shoot down
Hope it is a CLAIM!

The Japanese knotweed map of Britain: Scourge of invading plant blighting UK is revealed in heatmap showing areas worst hit by infestations
Boy, 14, hatches a DUCKLING from a Waitrose egg 28 days after buying six for £2.30 and leaving them inside an incubator bought on eBay
Awwww!

Rare 14th century gold coin worth up to £3,000 is found hidden inside a wooden bureau valued at £60 gifted to a family support worker by a long-lost cousin
Another lovely story!
Last edited: Feb 19, 2019

6 ways to eat yourself healthier

I think they must have forgotten celery - very good for arthritic pains and aches. I have noticed marked improvements in my knees after having one celery stem, carrots and more green. Hope someone finds this useful!

My energy firm won't offer me cheaper tariff unless I have a smart meter installed - is it allowed to do this?

Apparently, this has now been sorted of legitimised now, just like paperless billing. I wonder if anybody noticed DD is a con. I know for certain that in summer, I spent less than £10 a month and yet, they used estimates and I was not switched on (never am) enough to follow the track of the estimate. In the end, I phoned up and asked the DD to be deleted (well, I can do it myself), and was told that there would be an increase in the tariffs. In the end, the stink was too overwhelming and I asked for an analysis of the bill. They did one for the summer which showed that I had a credit of £18. So I cancelled it myself.

Queen lodges appeal against ‘punitive’ business rates increase at her Balmoral estate after SNP’s land reforms landed her with a £16,800 bill
****
Welcome to the real world, Ma'am, where businesses fold because of the sudden surge of rates and people hand their country piles to the National Trust because of inheritance tax!

Foolish drug user calls POLICE to complain that her dealer had sold her sugar instead of cocaine
While Sandra Adamson commented: 'Thought it was a sweet deal.... '

Here in the US, the Green New Deal is causing problems for some...it's going to be fun watching other politicians "supporting it". But you can't say Sen Dianne Feinstein was supporting it; I was actually surprised at her dismissive response

Video on the link shows the smugness of the Senator... 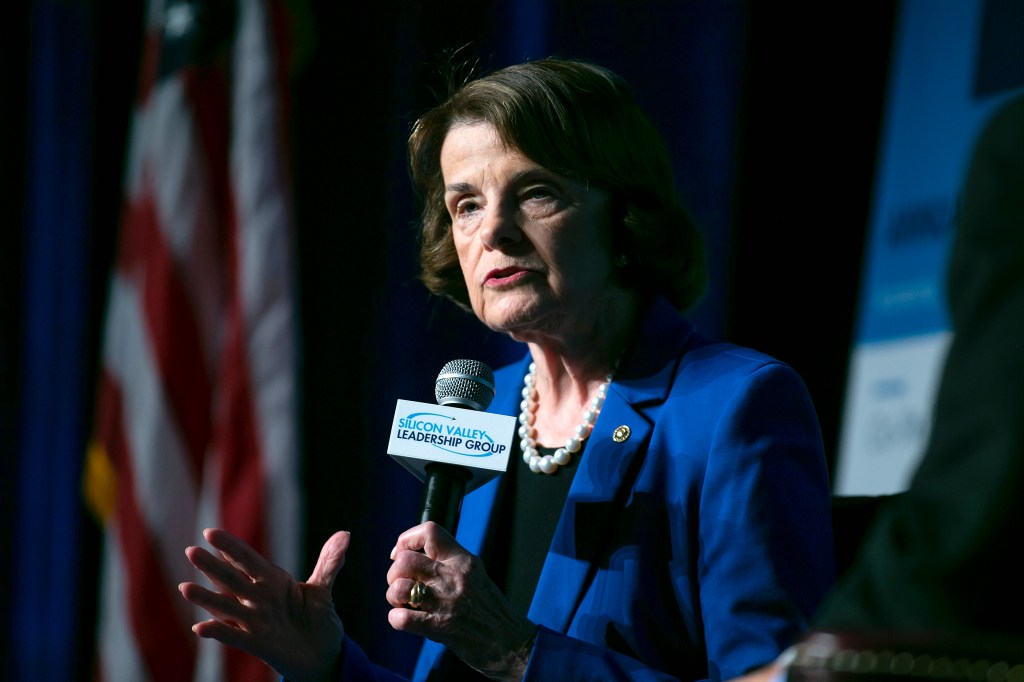 Sen. Dianne Feinstein is facing new criticism after a video went viral showing her dismissing the concerns of young activists asking her for her support the Green New Deal.

roadrunner said:
Here in the US, the Green New Deal is causing problems for some...it's going to be fun watching other politicians "supporting it". But you can't say Sen Dianne Feinstein was supporting it; I was actually surprised at her dismissive response

Video on the link shows the smugness of the Senator...

Sen. Dianne Feinstein is facing new criticism after a video went viral showing her dismissing the concerns of young activists asking her for her support the Green New Deal.

Tell Ratty! Weasels, otters and badgers enjoy an 'incredible' revival after a crackdown on hunting and toxic pesticides 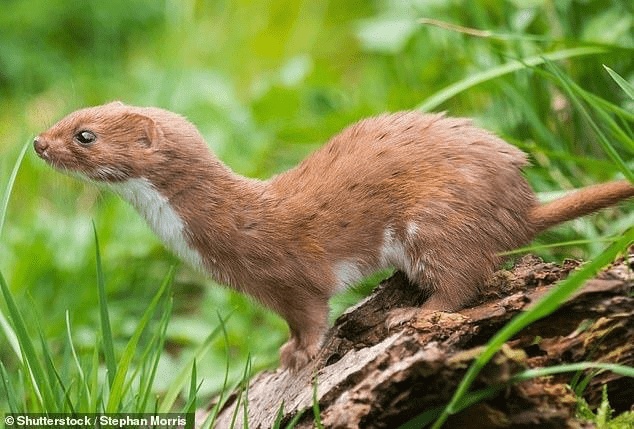 I think I have seen a mink or stoat when a man walked around with it.

Why Food Could Be the Best Medicine of All

... Geisinger’s program is one of a number of groundbreaking efforts that finally consider food a critical part of a patient’s medical care–and treat food as medicine that can have as much power to heal as drugs. More studies are revealing that people’s health is the sum of much more than the medications they take and the tests they get–health is affected by how much people sleep and exercise, how much stress they’re shouldering and, yes, what they are eating at every meal. Food is becoming a particular focus of doctors, hospitals, insurers and even employers who are frustrated by the slow progress of drug treatments in reducing food-related diseases like Type 2 diabetes, heart disease, hypertension and even cancer. They’re also encouraged by the growing body of research that supports the idea that when people eat well, they stay healthier and are more likely to control chronic diseases and perhaps even avoid them altogether. “When you prioritize food and teach people how to prepare healthy meals, lo and behold, it can end up being more impactful than medications themselves,” says Dr. Jaewon Ryu, interim president and CEO of Geisinger. “That’s a big win.”..

I subscribe to food as medicine 100%. After incorporating fresh vegs and fruits every day, my knee pains don't bother me that much unless I walked for 3 or 4 hours.

There are a lot of horrible things found in foods and drinks and we keep saying that manufacturers have printed recommended daily intake amount, the situation is not going to resolve itself. Coming to money and expediency, governments should legislate and regulate. Why is it that sodium nitrate is still used in bacon? Food for thought!

Office worker, 69, who ate fish every day of his two-week Alaskan cruise becomes confused and forgetful after developing mercury poisoning

What is safe nowadays? Too much rice, arsenic poisoning and now people flush drugs down the toilet after ingestion. How human foul the world!

Pregnant women in China were warned not to consume fish because of mercury poisoning as well.

I watched What's killing me? and I really like the series. One was about Amoebas which turned people's brains into mush and killing them.

This is a terrifying incident and death happens very quickly. There are survivors but they must be treated immediately and their body temperature to stop the amoebas from multiplying.

Another is about Cyanide poisoning

India prepares for war: 14,000 bunkers are built along Pakistan border as the nations prepare their military and Islamabad warns its rival nuclear power ‘better sense’ is needed to avoid conflict

NO DEAL! Trump and Kim ABANDON lunch and CANCEL signing ceremony as White House concedes that 'no agreement has been reached' in Vietnam nuclear summit talks

Vegetarianism led to my mother's premature death: Prominent NHS cardiologist claims the meat-free diet played a 'crucial role in her suffering'
Vegetarianism is very trendy, but it is very difficult to get the balance.
Ad

Is this cup purple or brown? 3D printed goblet changes colour deepening on the direction of the light that hits it
Same cup!

I hate to disagree with those people but the pot on the left appears to be far thinner material than the one on the right. Look at the height of the ridges. On the right the ridges are much larger. It may well be the same pot - after it was put back in the printer an more material added.
R 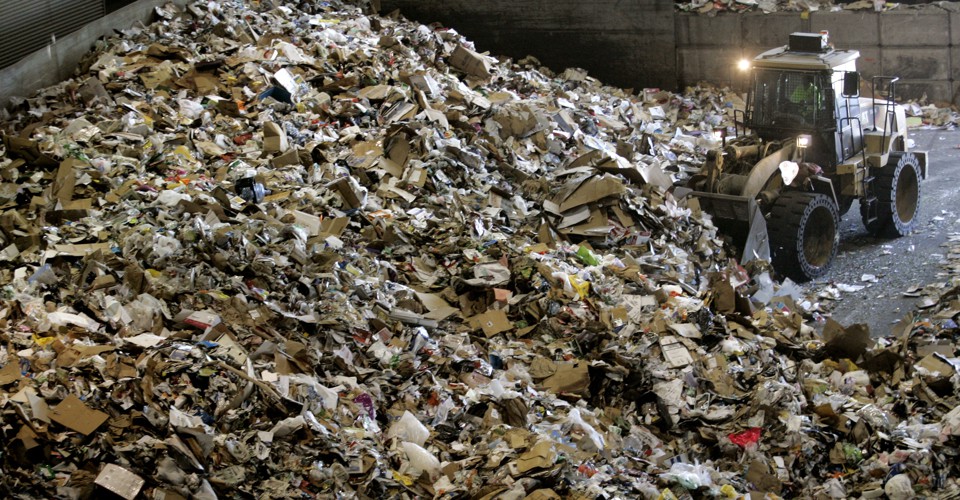 Is This the End of Recycling?

Americans are consuming more and more stuff. Now that other countries won’t take our papers and plastics, they’re ending up in the trash.

For decades, we were sending the bulk of our recycling to China—tons and tons of it, sent over on ships to be made into goods like shoes and bags and new plastic products. But last year, the country restricted imports of certain recyclables, including mixed paper—magazines, office paper, junk mail—and most plastics. Waste-management companies across the country are telling towns, cities, and counties that there is no longer a market for their recycling. These municipalities have two choices: pay much higher rates to get rid of recycling, or throw it all away.

Most are choosing the latter. “We are doing our best to be environmentally responsible, but we can’t afford it,” said Judie Milner, the city manager of Franklin, New Hampshire. Since 2010, Franklin has offered curbside recycling and encouraged residents to put paper, metal, and plastics in their green bins. When the program launched, Franklin could break even on recycling by selling for $6 a ton. Now, Milner told me, the transfer station is charging the town $125 a ton to recycle, or $68 per ton to incinerate. One-fifth of Franklin’s residents live below the poverty line, and the city government didn’t want to ask them to pay more to recycle, so all those carefully sorted bottles and cans are being burned. Milner hates knowing that Franklin is releasing toxins into the environment, but there’s not much she can do. “Plastic is just not one of the things we have a market for,” she said.
Ad 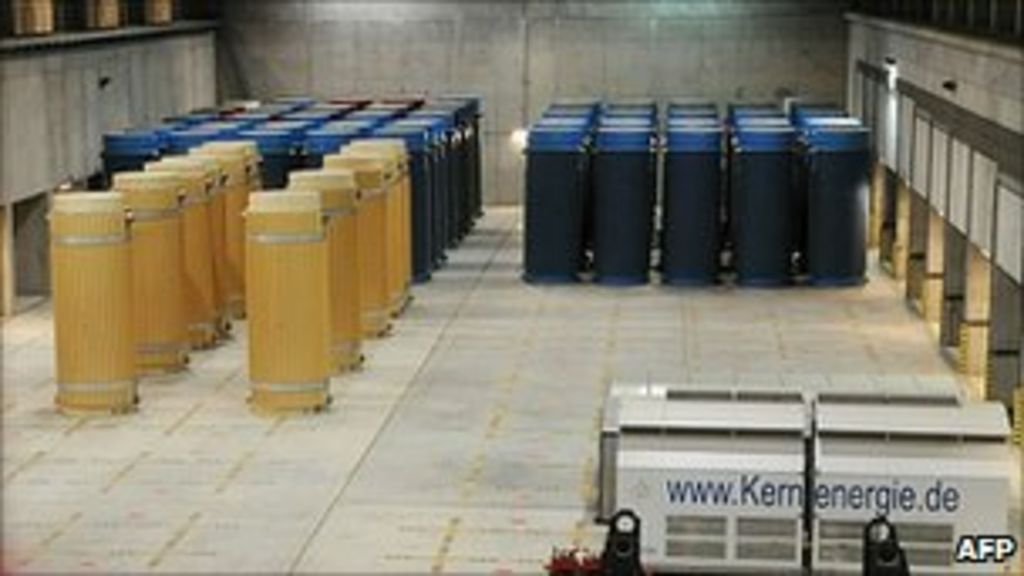 We sent waste to China and we saw Chinese squatting on the street smelting minerals and chemicals without any protection. Waste is now a serious problem as we can't really throw them away.

There are companies in the UK which advocate incinerating plastic and rubbish and harness the heat to heat homes. Don't ask me how they filter the toxic fumes.

Rubbish management is big business and is a big headache for the whole world. Nuclear waste is so much more dangerous.
You must log in or register to reply here.