HELP! What's wrong with my plant!?!

My plant was super healthy. Now I'm getting these little brown specs and holes like sumthin is munching on it but I can't find any. I've also had leaves turn banana yellow then shrivel up and fall off. I don't know what's wrong! Any help is appreciated
Ad

Pictures would be a big help
M

Chuck said:
Pictures would be a big help
Click to expand... 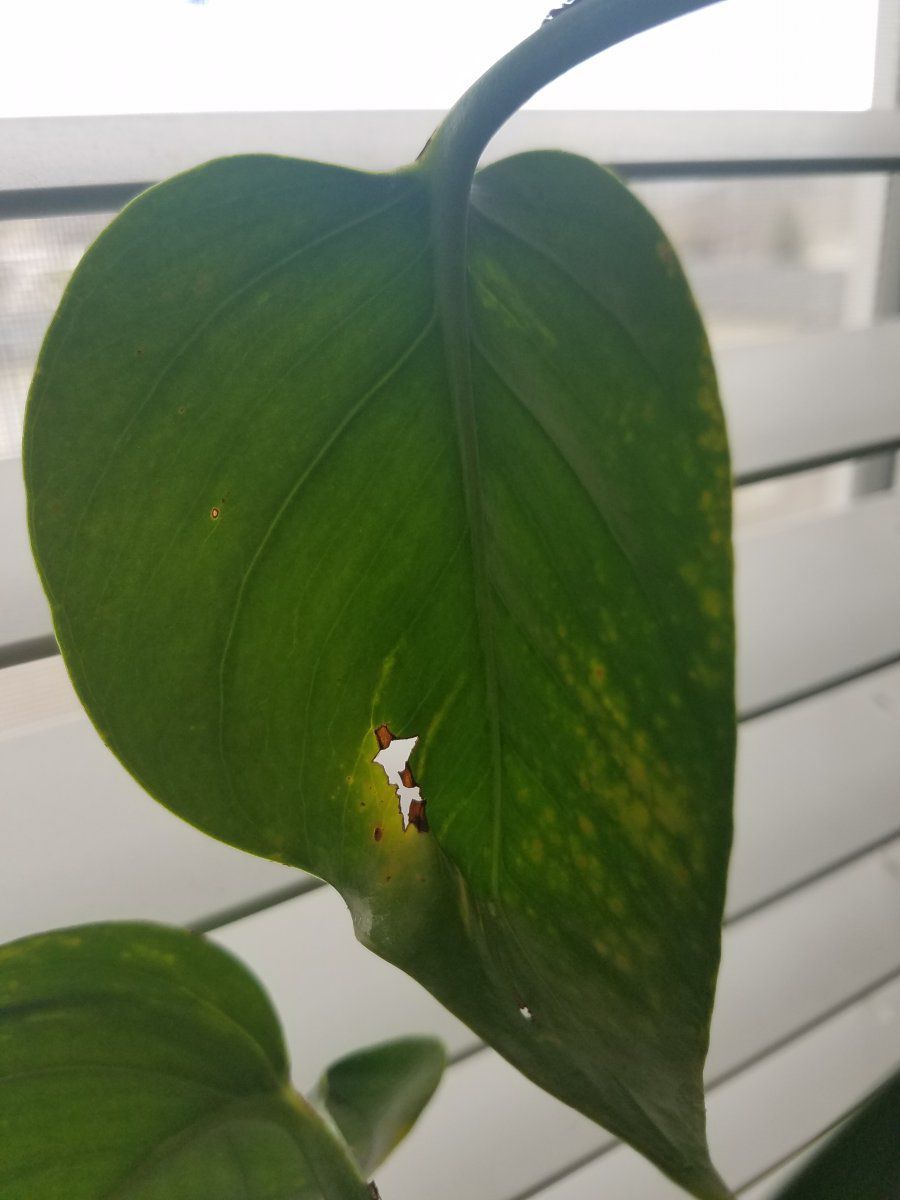 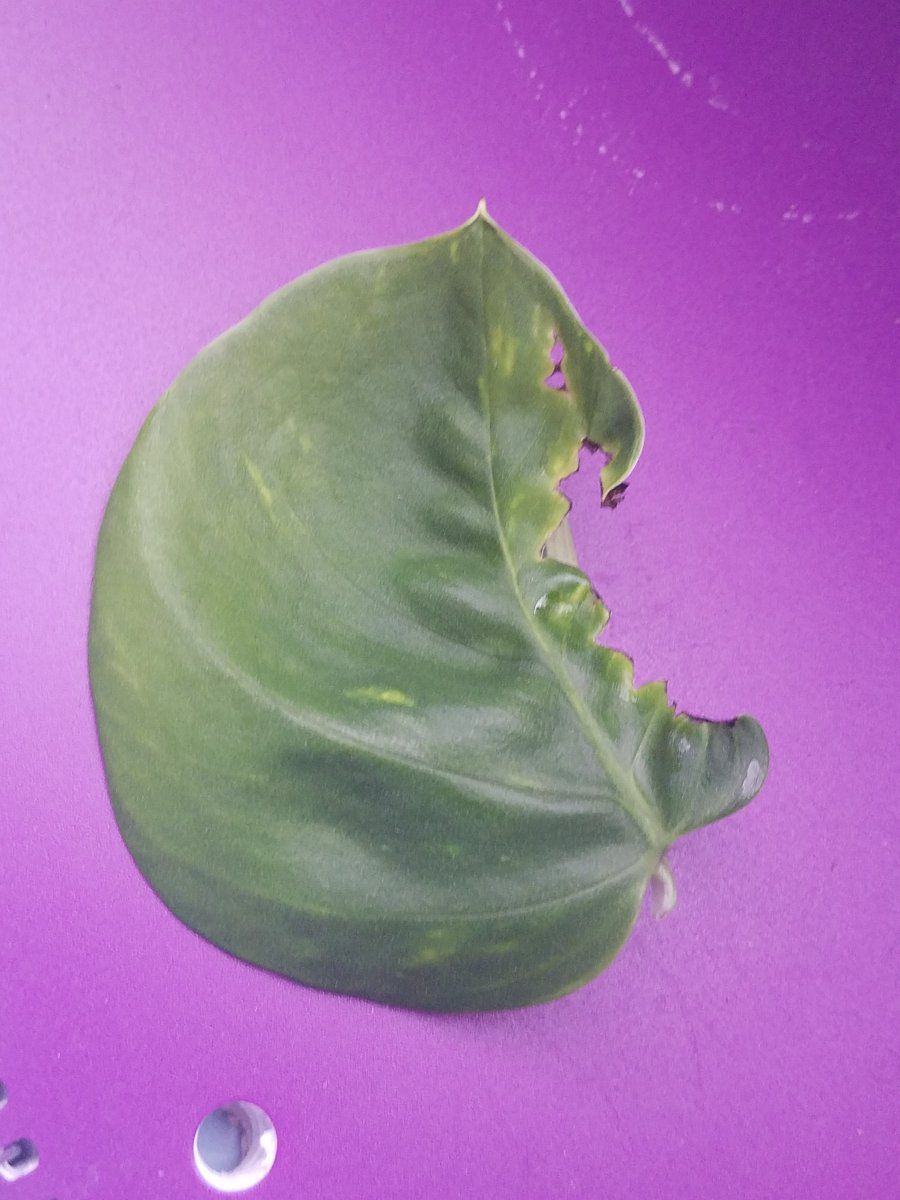 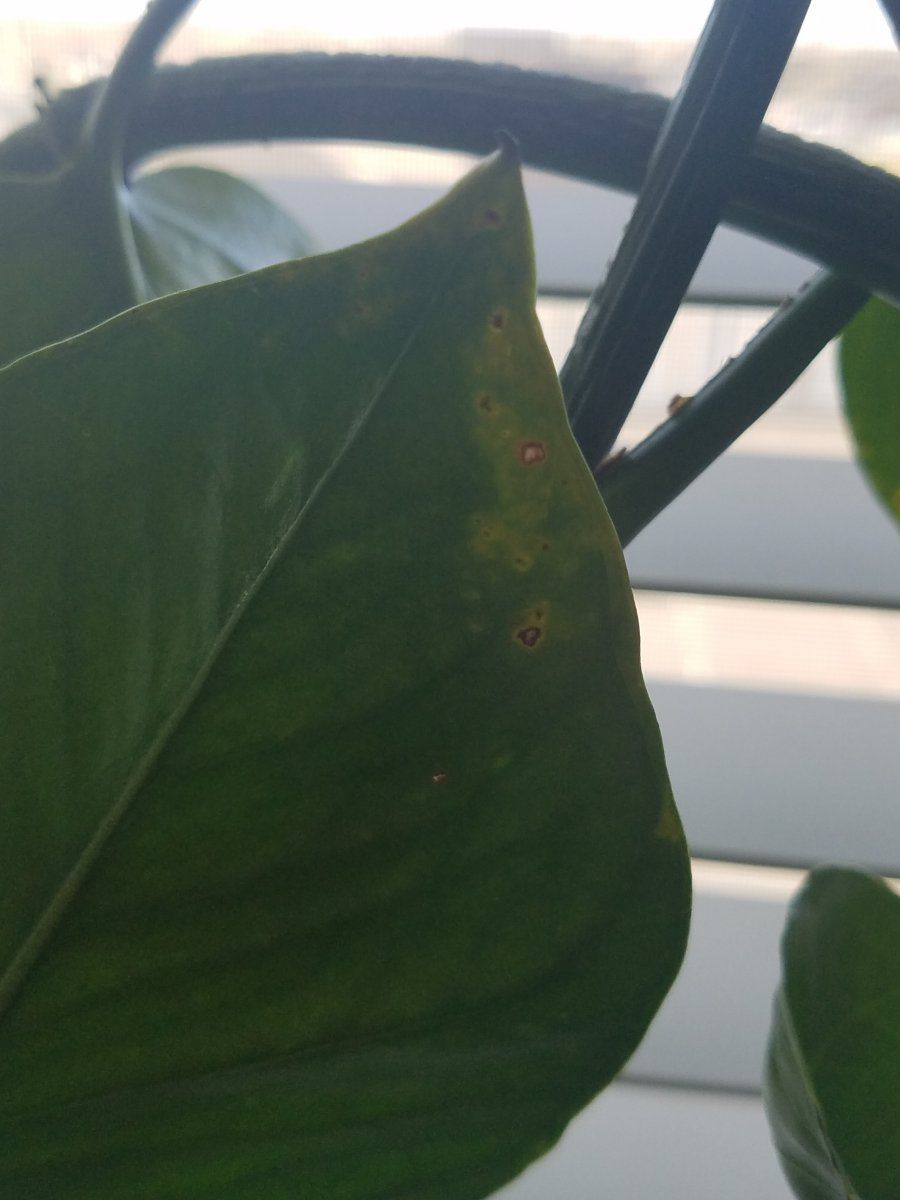 Chuck said:
Pictures would be a big help
Click to expand...

Sorry I thought I posted pics with the original post

What plant is it? It looks like it is indoors? Are these pre or post seed \ flower time?
M

I'm in idiot. I have no idea. It's just foliage, no flowers and yes its inside

Has it been in that location a long time or has the light recently changed? It reminds me of bacterial problem. The spots being sunken not raised. I assume it is progressing?
M

The plant has been in the same spot for a year and done great. U don't think somthing is eating it? The holes are strange
Ad

The yellow precession is not indicating teeth. However that is not to say insects are not involved because they are a major vector for bacteria and viruses to enter a plant. However, once bitten, the plant become infected and the sequence of stopping the insect and then curing the plant of either a bacteria or virus becomes a problem. It could be fungal for all I can tell. A bug bite would explain the starting spots, but not the yellow ring ahead of the dead border which is obviously inside the cells of the leaf and appear to be causing cellular collapse. There are many similiar looking possibilities.

I would think using scissor sterilized between cuts with clorox water could be used to remove infected parts to the garbage. A few tablespoons of sulfur in a gallon of water as a spray or a spray of chlorothalonil or serenade would help if it is fungal. Actinovate or Mycostop maybe be best if it is bacterial.

Having said all that, most plants will swap leaves sometime if not annually. They hit the end of their particular cycle and go away. I sure wish I knew its name.
Last edited: Apr 23, 2018