How to kill fungus without harming monarch caterpillar

I got this narrowleaf milkweed plant and it has this fungus that keeps getting worse. I tried a hydrogen peroxide solution because after an hour it could be safe for the caterpillar, but it hasn’t helped and I struggle to find a solution that doesn’t harm the one caterpillar I have Cornelius 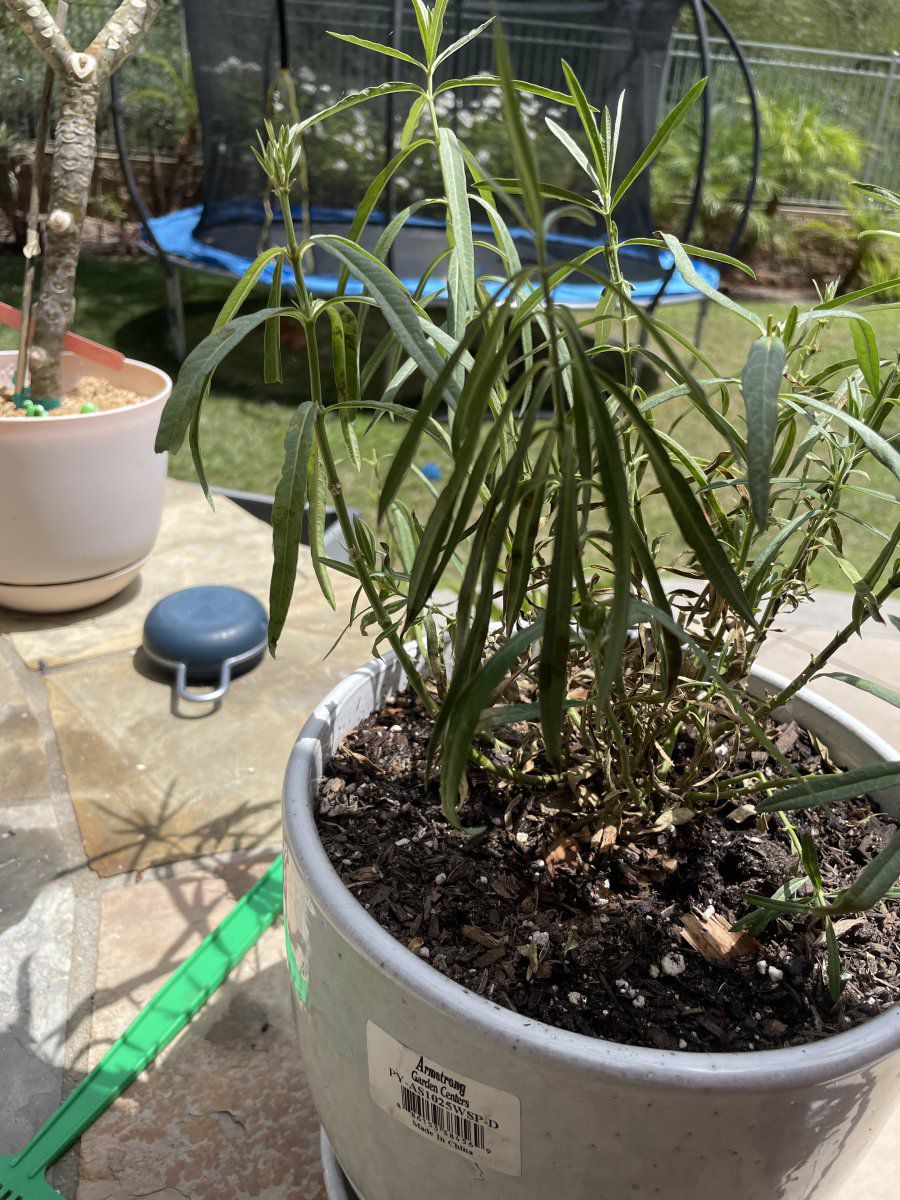 So far what I've found is hydrogen peroxide is the easiest thing on your plant to use and still kill fungi. I have used it for fungi problems and it does work on a couple things so far but I haven't tested it on bugs so I have no ideal if it kills any insects. I have tested it in a small pond with minnows and algae and it will definitely kill the algae and minnows at a high enough strength.

What I do is test different strengths of H2O2 on different fungal problems I have around here and note its effect. Not an exact science but it has saved a few plants for me at the right concentration. The bad thing is the fungi affected parts never rejuvinate, as in the leaves still looks badly eaten up, but the rest of the plant can be saved, if it works.

I dont see any fungus on your plant. What strength of hydrogen peroxide did you use?
L

I did 4 cups water to 1 tsp hydrogen peroxide as a site told me and it was 3% hydrogen peroxide and then removed the caterpillar until an hour later when the solution dried. And the lighting isn’t the best but if you could zoom in you’ll see black stems and a lot of spots on plants. There’s also a lot of dead leaves at the bottom.

luvshelio said:
I did 4 cups water to 1 tsp hydrogen peroxide.
Click to expand...

I don't think that is strong enough. Do 1/2 cup of 3% hydrogen peroxide per quart (4 cups). Spray all of the leaves top and bottom. That works out to 0.375% hydrogen peroxide. Also if the fungus is entering through the roots you will have to water the soil with that same soiution. It will probably bubble so don't worry.
Ad

Most fungicides are really good at controlling fungi and really poor insecticides. I'd use one of those and leave the peroxide in the medicine cabinet where it belongs. I don't see a major fungus problem either.