some websites say you need to sterilize your jars and some say yo do not when pressure canning. which do you guys do?
Ad

When the jar is empty I rinse and use a brush to clean any crust then rinse and place it in storage. It never gets sterilized. The pressure canning sterilizes. Normal water bath sterilizing is essential and it does take effort and time. A plus for pressure canning. The jars are rinsed with water to remove any dust just before filling.
S

March 19th 2021. thanks to you all I am still enjoying last years garden. Canning is without a doubt a great way to go.

and the best part is alot of the "tomato based" vegetable soup is an amazing bloody mary mix. just add horseradish.

love the frozen sweet corn still have 11 dinners left of it Have 50 more sides of frozen green beans and 12 more sides of canned beans.

Thank you all for the help last year!

I have been canning in mason jars for 50 years it is very easy. Some things you read & rumors people tell are not true. NEVER add vinegar. You can not kill bacteria twice no need to boil jars then boil again with food inside. Water bath works good for tomatoes because they naturally contain acid. Pressure cook low acid tomatoes. Other foods like, corn, beans, potatoes, carrots, all need to be pressure cooked. You can do cold pack or hot pack, I like hot pack it is much easier and quicker. Boil all your vegetables then fill jars 1/2" from top, clean jar edge put on seal & ring. Tighten ring finger tight. Pit hot jars in hot water the same temperature of the jars so glass jars do not break. Water in canner needs to be 1/2" above jars. Boil recommended time for each vegetable. Turn off heat let canner cool naturally for several hours before removing canner lid. Remove jars from warm water, wash, dry, date lids. You can CAN mixed vegetables too. I can taco sauce water bath cook in wine bottles they are 2½% vinegar. Cook enchilada sauce in skillet to taste before pressure canning in jars. Bread & Butter pickles do not get cooked. Chile peppers can be pickled, 2½% vinegar, water, sugar to taste, pickle spices. 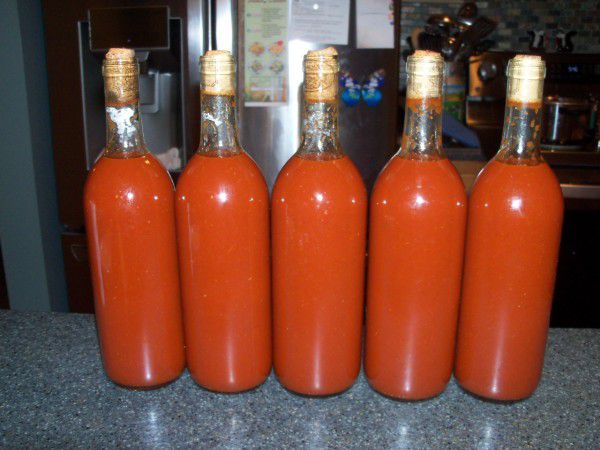 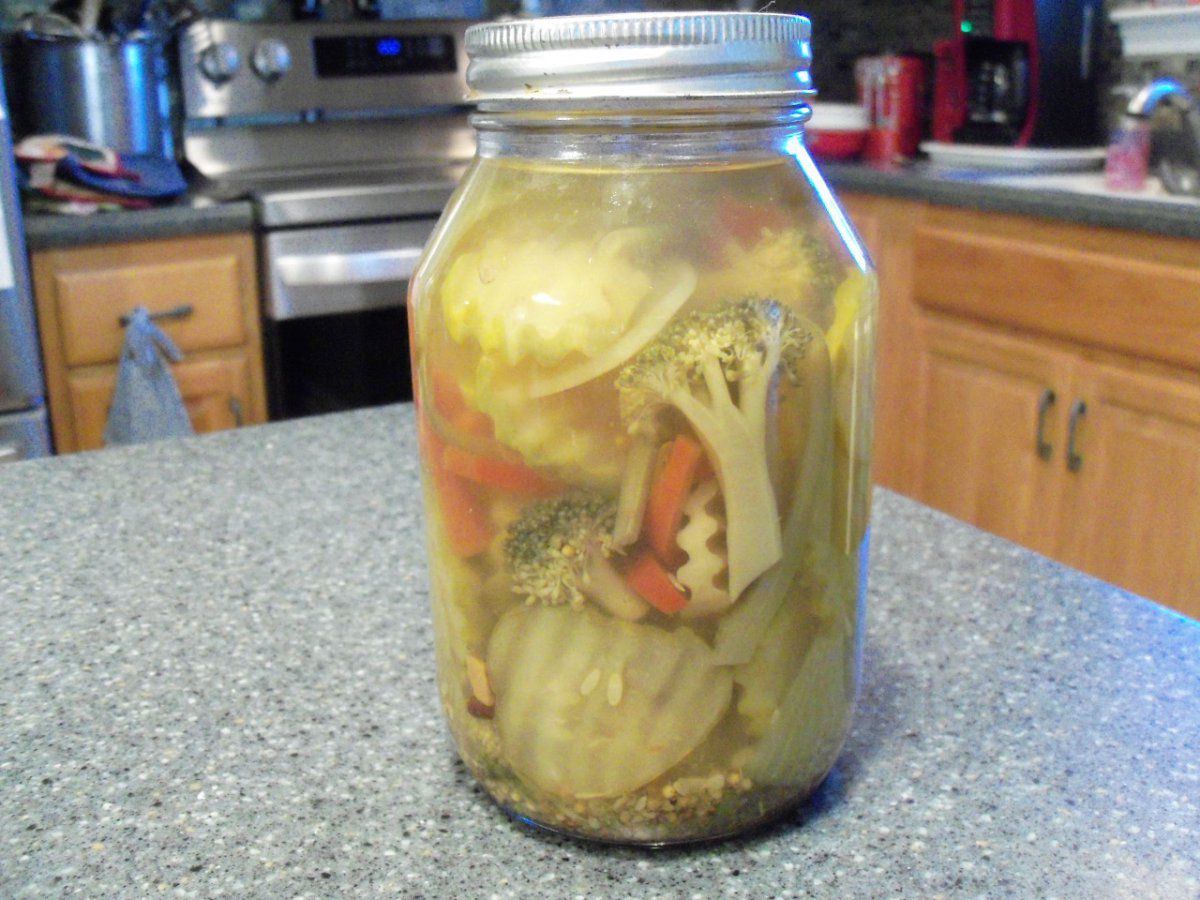 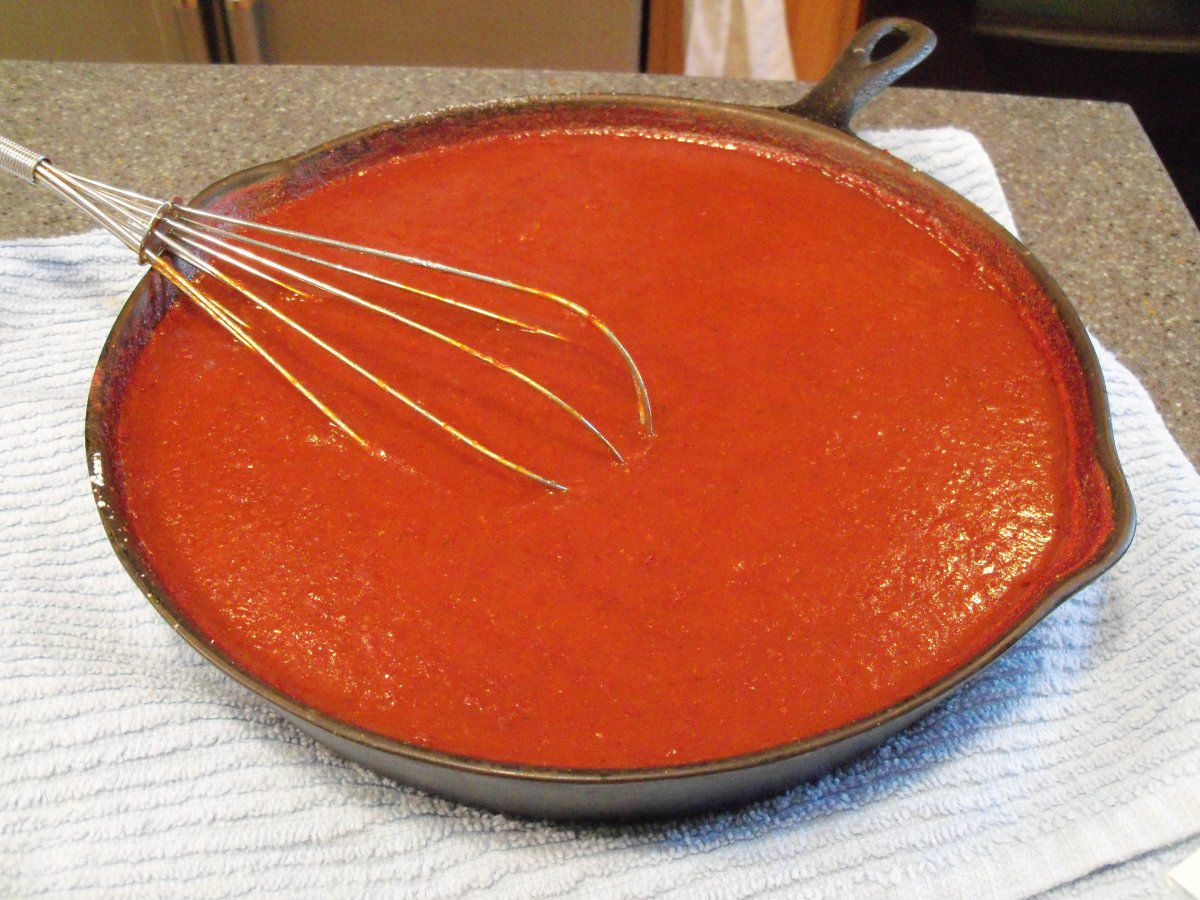 some websites say you need to sterilize your jars and some say yo do not when pressure canning. which do you guys do?
Click to expand...

Sterilizing your jars is pretty much essential or you risk molds and bacteria, the latter being invisible. You can get away without, but why take the risk? The time and effort saved is minimal. It's like many risky things in life, you get away with it hundreds or times...... and then you die....... Hmmmm! Would you allow someone to perform surgery on you without sterile equipment?

The best thing to to is get a canning book/booklet from one of the canning jar manufacturers, such as Ball or Kerr (both made by Newell Products) - or Kilner in the UK (which may still have glass lids?). They have been publishing them for decades and update them periodically, but they don't change a whole lot as you would expect. They cover canning, pickling and jam making. We have a Kerr Home Canning Book from 1940 and two copies of the Ball Blue Book guide from 1981 and 2013. You can get them on line, in book stores (yes, they do still exist!) of from freshpreserving.com (by Ball/Kerr) which has all kinds of information, instructions, recipes and product listings. (Ball and Kerr jars, lids and rings are interchangeable BTW.) We put the jars in the dishwasher before using (or you can just wash them), then put them upside down in a shallow baking tray of 1/2 inch or so boiling water until we fill them. The lids and rings go in a small saucepan of boiling water with a pair or tongs ready to fish them out as needed. We also store our empty jars upside down and with an old lid and ring to keep anything out. Upside down makes the empties easy to recognize too and you always know you have enough rings!) Don't reuse lids - it's also risky. But rings go on for ages, in our case usually till someone only gives us back the empty gifted jar!
C

Update. We do not pressure or water bath jams or some cooked sauces and pickles. Jams are extremely hot and well boiled in the first place, and pickles have vinegar or other preservatives so they only need to get a little vaccum from cooling the hot air or vapor in the head space to seal. Over processing can make veggies and fruit soft and mushy, so be careful of that. We have a simple water bath canner. We had a pressure canner (given to us) as well as a pressure cooker. We now have an Instant Pot which is more convenient for general use. We sold the canner and kept the pressure cooker for canning. Instant Pots are taller and narrower and not really big enough for canning. However, we don't pressure can everything, it's not essential and in fact, you can water bath anything if done correctly. Let's face it, while the first pressure cooking device was invented in the late 17th century, and a few cast iron pressure cookers were manufactured in the late 19th century, modern steel or aluminum pressure cookers were not produced until the early 1900's. And even those were not commonplace kitchen equipment until until WWII and beyond. (Cast iron!! Not a good material for a pressure vessel!!!)
Ad

I have gotten extremely comfortable canning over the past year. I figure this is the time I could make a mistake.

can I cook and and strain vegetables one day and then can the next day? I cooked and strained tomatoes yesterday and had an emergency. I ended up throwing everything in the fridge. I pulled it out today brought it to a boil and then canned 18 pints. should be good right?

Canning (Pressure Canning) raises the temperatur to 240F (Pressuren canning). In 15 minutes this kills all pathogens. You had no need to bring it to boil. Pressure canning would be effective alone.

If I have cold material when pressure canning I vent for about 30 minuts then raise the pressure to 15 PSI and leave for 15 minutes.

A facebook friend, she cans everything, makes stews and cans that etc. showed a picture of her storage, shelves and shelves of canned stuff. its amazing. she has an inventory sheet she says.
Ad

As they already are in soil, I would just dig that hole about 3 inches deep, and just get them in. all will be well.