Can anyone tell me the name of this plant?

I received the plant pictured as a birthday present but I don't know its name and the person who gave it to me doesn't remember its name.

Can someone out there tell me the name of the plant? 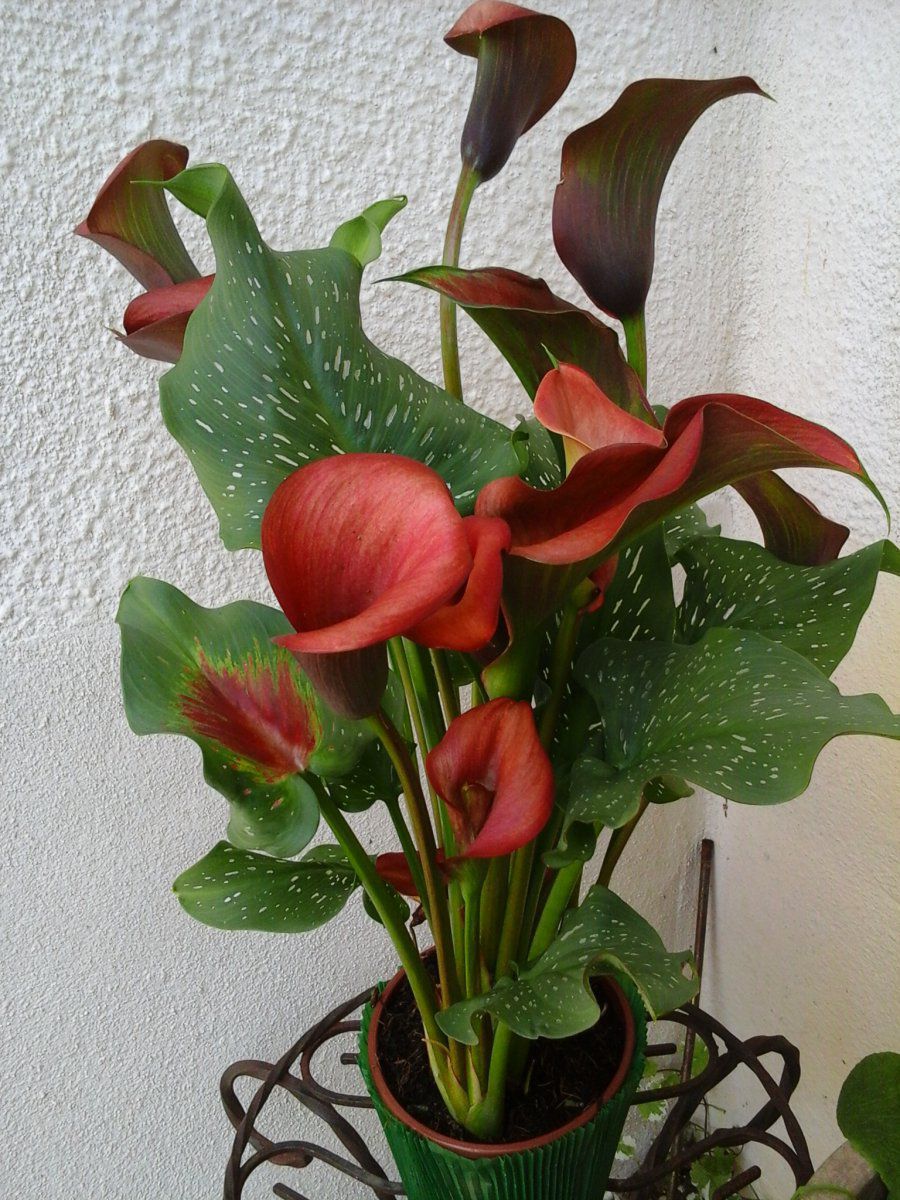 Welcome to the forum @Tilloubill

Yes, I think you're right. Many thanks.

Welcome to the forum!
That is a beautiful plant, just be aware it is poisonous!

Greetings, welcome to the Forums.

That is an attractive red, hybrid Calla-lily (Zantedeschia x cv.). Zantedeschia is a genus of about eight species of Aroids (Araceae) mostly native to South Africa, with the range of one species, the Pink Calla-lily (Z. rehmannii), extending into Mozambique and another, the Spotted Calla-lily (Z. albomaculata), also occurring widely in tropical Africa.

Zantedeschia x 'Red Charm' appears to usually have red peduncles (flowering stems) as does another red cultivar known as Zantedeschia x 'Valencia', but this may be variable trait.

Zantedeschia x 'Red Alert' is usually shown with green peduncles similar to the cultivar in the OP. Of course, there are doubtlessly other cultivars as well as unnamed seedlings that may also look similar.