When the travel bug bites you

You mean Aruba? Sylvia Beach Hotel is well known - been there for many years - early/mid 80's at least. I knew a guy helped his girlfriend design and decorate the Edgar Allen Poe room. We lived about 15 miles west of Portland OR for 31years. Crossed the bar on fishing charters several times, it can get VERY rough. Retired and hightailed it out of the nasty wet cold weather to the high dessert of Central WA Columbia Basin. We stay at Courtney's place in KW. Usually go around May time, but DK when we will go back again. Hated Quebec. Business trips during the hot and heavy separatist thing. You know, the string of "oh, we must have asked the wrong question" referendums. 20% of the population being deliberatley obnoxiously rude to your face doesn't go down well with me, even if the other 80% are frantically trying to make up for it.... and then there's the language police. Really? Get a life. It's kind of funny, the French people I know - REAL French - laugh their as..s off at the "pseudo French" wannabes as they call them.
Ad

@cntrlwagdnr , had to go look it up, it was Ambergris Caye that we stayed at in Belize. We flew into the Belize airport got on some small planes (10 people) and hoped down the coast to stay at a town that I don't recall now, then back again up the coast, flying to Ambergris Caye--its really nice.
Sylvia Beach--my first stay there was in the Edgar Allen Poe room. Key West--we also used to go around May, we are involved with Mel Fisher so they dictate the weeks dates and arrange a big party on the beach. I 'll post one of the video's I took of the party one of the years. Did go to Quebec first time about 40 years ago, and yes did recall some rudeness. Then we went in 2019 Christmas, none of that occurred, very hospitable. Guess they realize if you want tourist money you have to be nice. Loved the Christmas decorations all through the town. I don't speak any French, my cousin does , he lives in Cleveland, Ohio, he will not go to Quebec to practice French, he says its the "wrong" French. But he does go to France once a year for 3 weeks to practice, and belongs to a French Club. He also speaks Spanish.

This is the last big party Mel Fisher hosted, due to the virus they have not again. Maybe in 2022 they will. Its a costume party. We did will a couple times over the years. And are in their book, mentioned 4 times.

Well, looks like our stay in Virginia beach will have an addition to it. After the Car Show we will lock Sasha down in the resort parking lot and travel down to North Carolina to look at houses on the river or inlets to buy. Making our list, checking it twice going to find out which are naughty or nice. Fun.

Back home, did buy a house in New Bern, NC. on the water, great views, nice house. Got a trophy for Sasha. On ward to our next chapter. No, not selling present house. love garden too much.

Back from our trip to another car show in Maryland . Sasha won 2nd place best of show out of 500 cars. Awesome. this was a money win this time and a trophy. Some magazines people were there for interviewing, and shots, have to see what comes out of it. Resting now for car shows. But have to travel down to New Bern, NC for settlement in mid January. So glad to be home till then.

Just got the Street Scene Magazine yesterday. We are in there twice with our car. This was the trip to Vermont. It was fun driving through the many different paths to get to the Pro Pic area. Got lots of Woo's and Awe's. 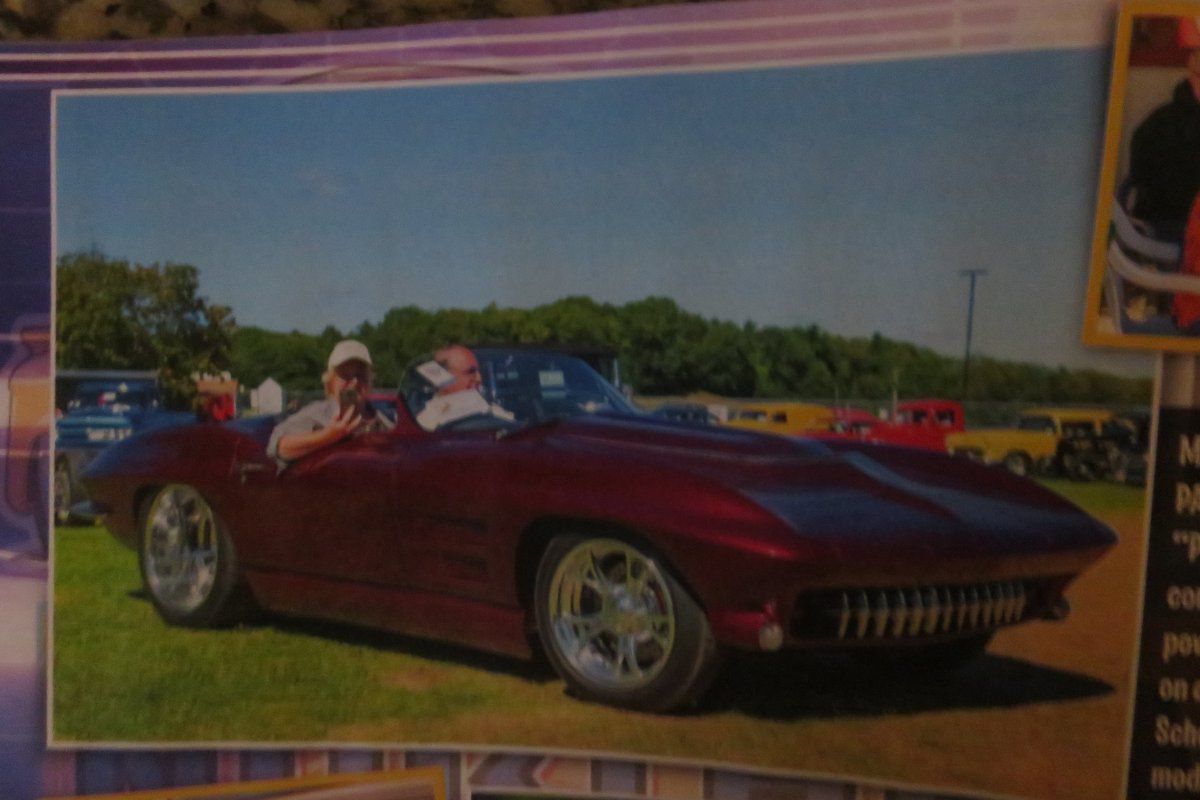 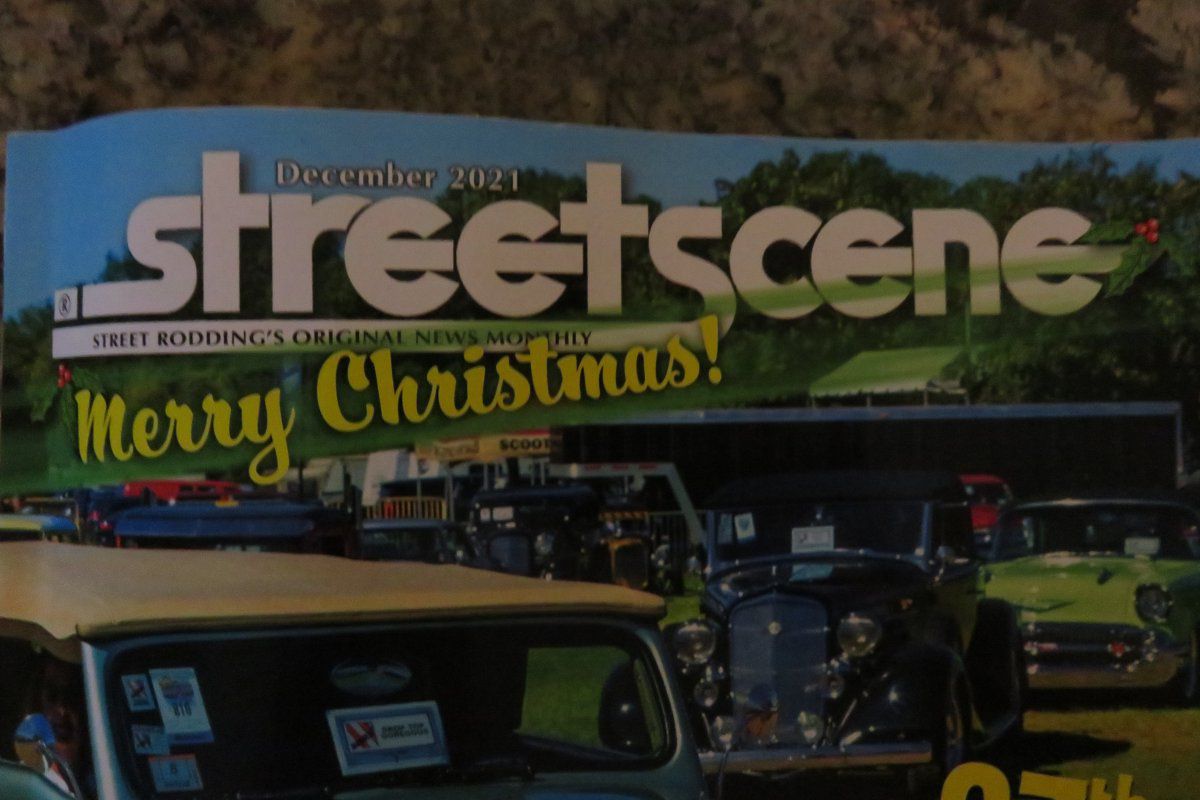 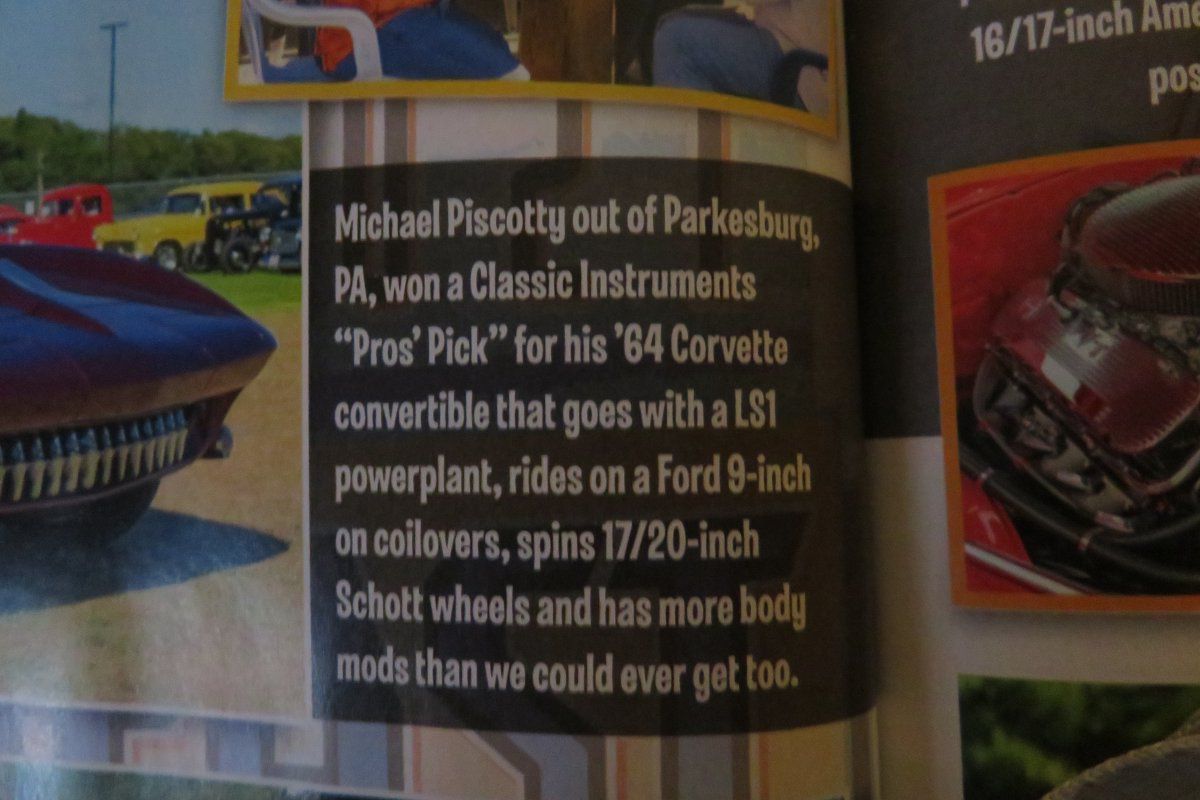 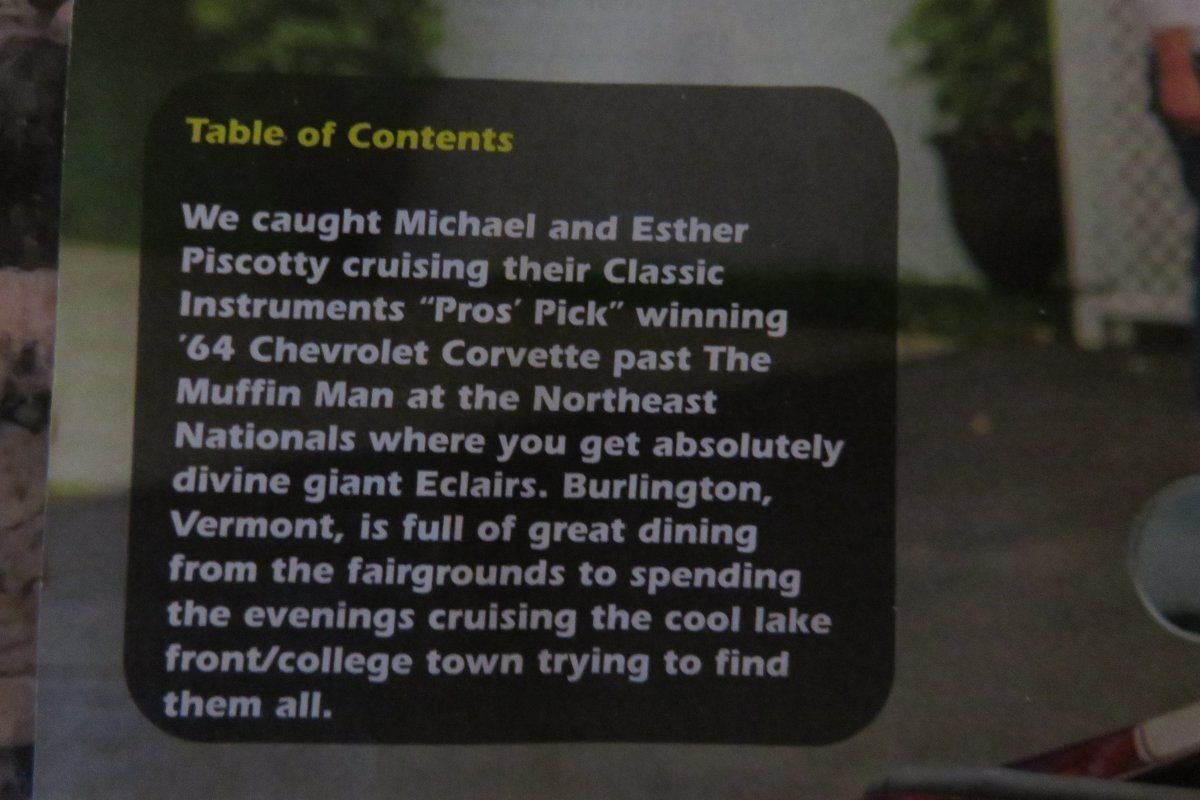 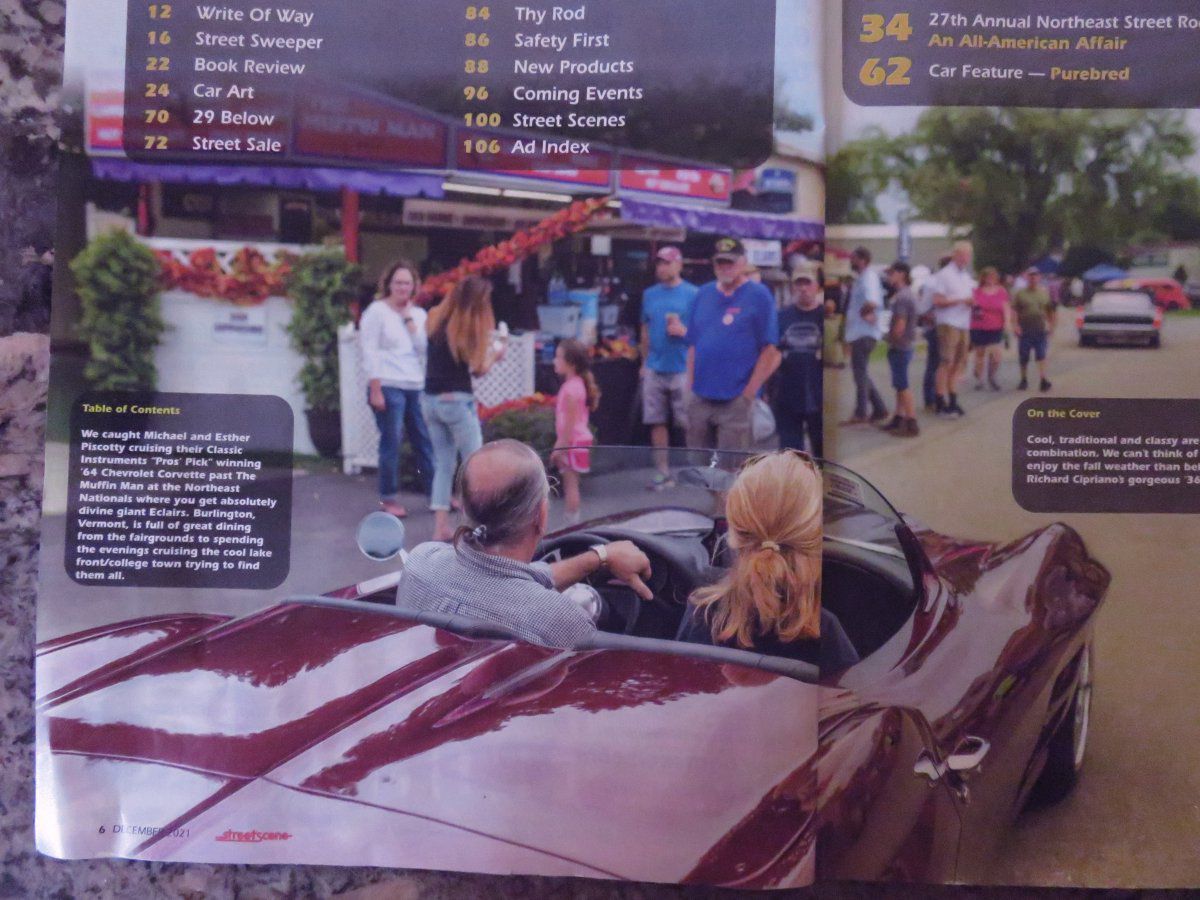