Odd almost see through spotting on all cucumbers and squash plants.

Hi, picture pretty much says it all. Ive never seen this issue in my 8 years of gardening. One of the cucumber is starting to wilt only on one leaf though. Only thing I can think of is that its fertilizer burn? 100% organic garden btw. I have been seeing flea beetles, spider mites and aphids on the plants if that helps.

Any help or opinions are greatly appreciated 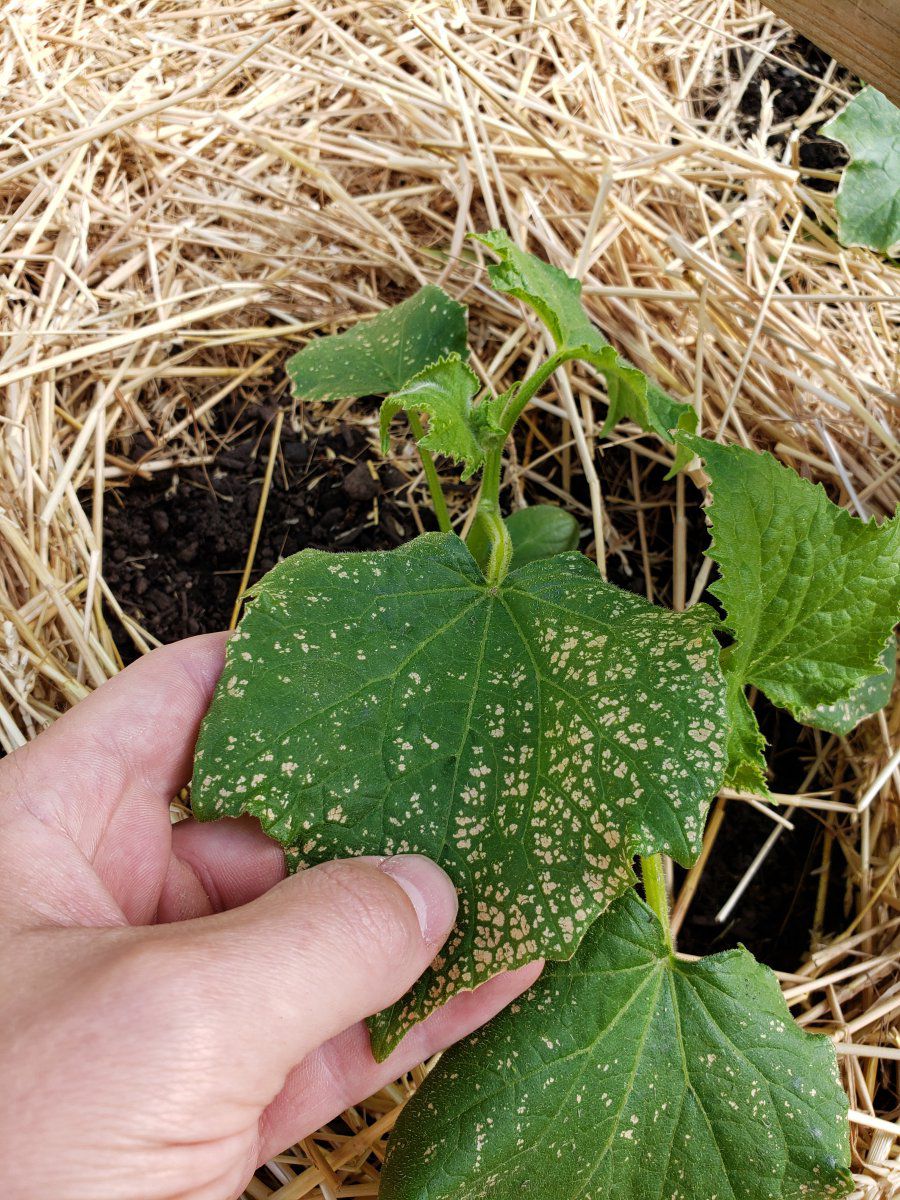 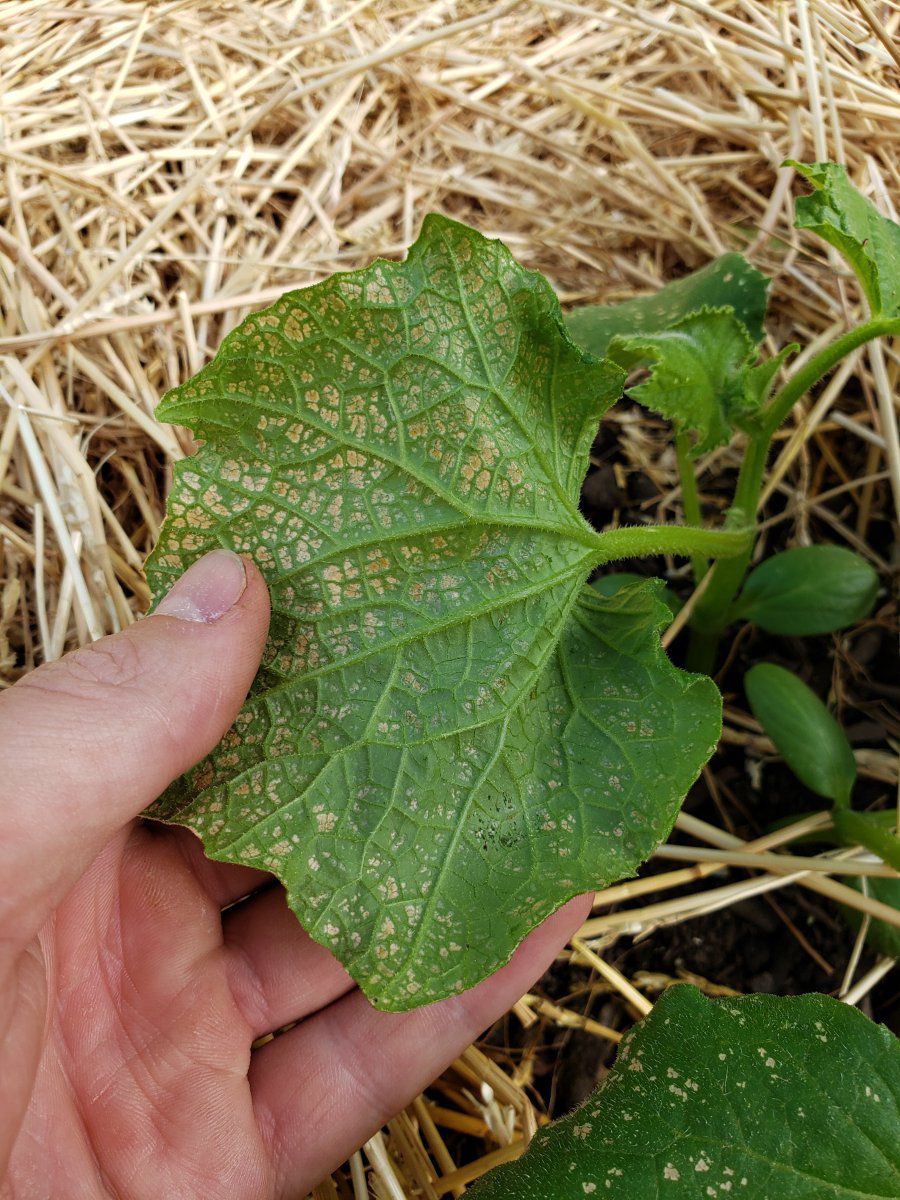 Insect damage. Be sure to watch new growth carefully. Spray with spinosad
Z

New growth looks good so far. Do you think it it could cause any wilting? Could be the damn spider mites.

ZacS said:
New growth looks good so far. Do you think it it could cause any wilting? Could be the damn spider mites.
Click to expand...

Spider mites can definitely cause wilting. Once the mites get established they are extremely difficult to eradicate. I would start a spray regimen of killing the adults AND the eggs. I would start by spraying spinosad in the AM hours on day one. On day two I would spray Neem in the AM hours. Be sure to spray the entire plant, both sides of the leaves. Please update your profile so others in your area may also benefit. Not knowing where you are located could change assessments of a problem
Ad

When ours had the same problem, we put organic, cold presses neem oil on the leaves. It stopped the problem right away & kept it stopped even after we quit putting the neem oil. I suppose the bugs found a new home.

It doesn't kill pollinators unless they are directly sprayed or aspirate it while misting. It won't keep the pollinators away. I've seen bees & butterflies show up & do their flower dancing joy shortly after applying the neem oil.

Unfortunately, I think some insects are killed by neem oil. (Helpful or pesky, they are on earth for a purpose so I'd prefer not to kill them- just chase them away.) Many pests just are detracted, so they simply avoid the area. Rabbits must not like the taste or the smell. They stopped eating the plants with neem oil.

For fungus & mildew, thanks to helpful advice I received here, we put it on both sides of the leaf. It certainly stopped powder mildew.

The downside is that neem oil rinses off rather easily. After a rain feel a leaf between your fingers. If it's oily, the neem's still there. It does rinse off easily if it gets on an edible leaf, such as spinach and it leaves no taste behind.