I didn't ask for this update, it installed itself when I clicked the Firefox icon.

I am being oppressed!!

@MaryMary i have firefox too and have it on automatic updates. I did notice though if you right click the firefox icon you have the option to "restore previous versions". I've never tried it though but you might want to. Is that a Santa's beard that little man is sporting?

I didn't ask for this update, it installed itself when I clicked the Firefox icon.

I am being oppressed!!

I think that may be it . Most other browsers won't let you use that handy thumbnail either, so I don't think there's a way round it (other than rolling back, but that would mean you'd lose out on all updates)

Ian said:
I don't think there's a way round it (other than rolling back, but that would mean you'd lose out on all updates)
Click to expand...

Ian and Beverly, thank you for helping me figure this out!

I don't like this new version of Firefox, it seems very slow to load. The "refresh" and "home" icons are in the wrong place...And I can't see all my bookmarks without opening another window. Before, they were easily accessed. I might restore the previous version.

@MaryMary there is a place at the Firefox website where you can leave feedback and/or have your question referred to a tech. My first impression of the update was that it was butt ugly...very square and duller than dishwater new icons. I also don't like the home and refresh on the other side of the page. They should be all together and not split up that way. I did write to them and told them that i hated the new version and left all my comments. Then they asked me for $5 (which would be fully refunded) and they would refer my grievances to a tech and i opted out. At first i could not find my bookmarks at all. When i hit "bookmarks" i wound up with "recent history", then when i found my bookmarks i got a partial list and had to select another option to see the full list. They seem to have fixed that because now when i select "bookmarks" i get the complete list. I haven't noticed that the load time is slower. Let me know how the restore to previous version goes. You might also leave comments at the firefox web site, send them and leave when they ask you for $5. I think they got my message anyway because of the changes i noticed rather quickly. Perhaps a few million other people had the same complaint.

Beverly said:
I also don't like the home and refresh on the other side of the page. They should be all together and not split up that way.
Click to expand...

Exactly!! I know it's just a matter of learning the new set up, but it makes no sense the way they have it.

Beverly said:
They seem to have fixed that because now when i select "bookmarks" i get the complete list.
Click to expand...

Maybe I have too many bookmarks.

Mine are not all there - I still have to click "Show all" to see some of them. I suppose I could always take notes and/or print a few pages rather than simply bookmarking things like suet recipes and "how to" sites!
Ad

There they are, right down to "Violet gelatin and other flower foods," because I use that site so often!! Yeah, I probably ought to delete some of those...

There is also an option to move that sidebar to the right, if you would prefer. (I did!)

MaryMary, But no, thank you, I do prefer the sidebar to the right so i will look for that option. I wonder if we right click the ugly house if that will move to the right as well?

I haven't been able to move the bookmarks side bar to the right, what is the secret?
Ad

Click the icon that looks like a page. See the star that says "Bookmarks" with the drop down menu? Click it. Move sidebar to the right should be the fourth one down.

Customize should work for you, if not i'll try to create the exact process i used to move the house. I never remember my successful processes because i always assume they will not be successful But i think i can recreate what i did and give you a step by step. Let me know if it is still not working for you after going through customize.

I, on the other hand, now have my Bookmarks on the right side which i see as a huge success thanks to your good instructions. Yesterday, i tried every possible way except the correct one Now i am not hating Firefox so much but it does not enable me to enlarge photos posted on GF. It did for awhile before the update. I guess i can live with that. Thank you so much

It worked with customize. I might have to play with it a bit to get everything exactly where I want it, but I don't hate it as much, either!

I might not restore the previous version. I still haven't seen anything better about the new version, but...

I also added "Print this page" to the toolbar, maybe if I use it more often, I won't bookmark so much!

Beverly said:
but it does not enable me to enlarge photos posted on GF. It did for awhile before the update.
Click to expand...

Is it all photos? For me, some it will and some it won't, but it's always been that way. I assumed it had something to do with either their camera, or whether or not they edited the photo.


For instance, this one I can enlarge 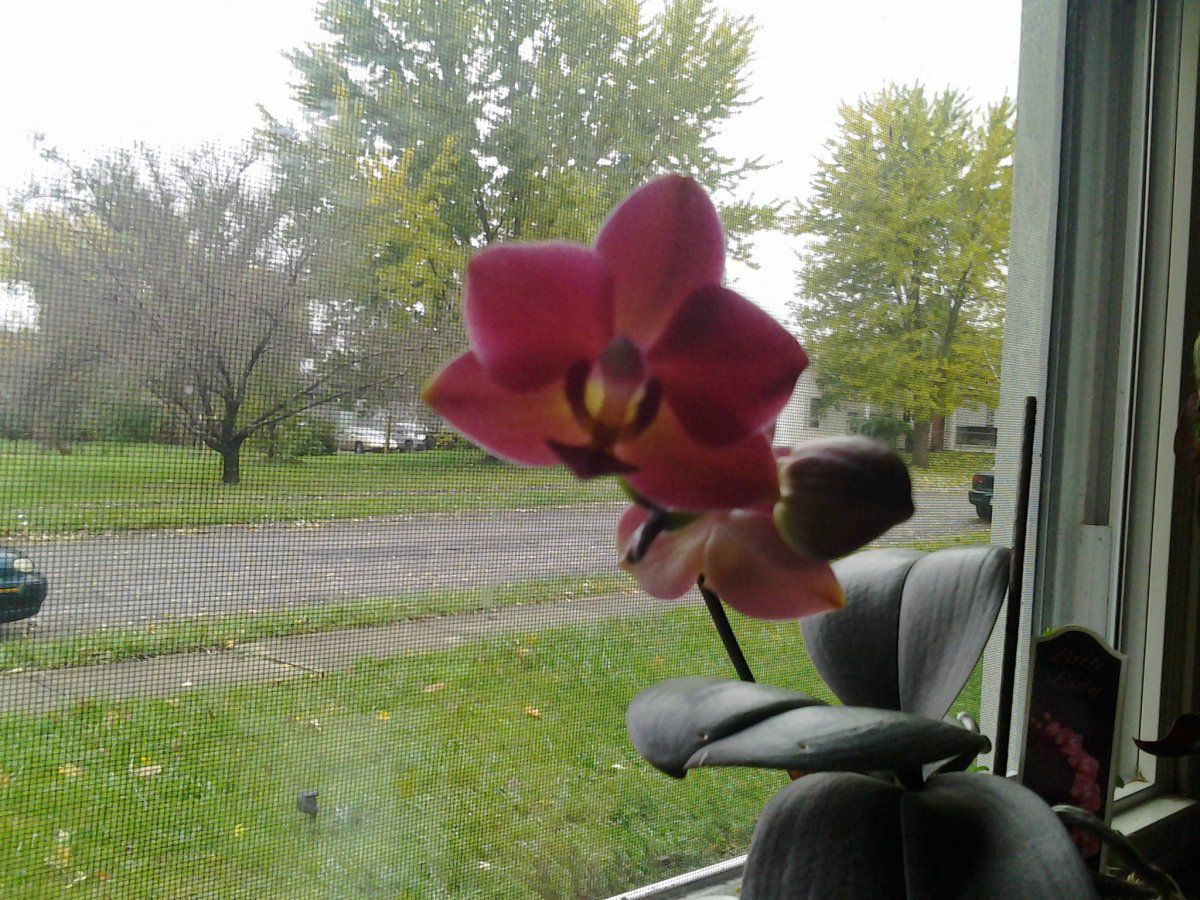 But this one I can't. 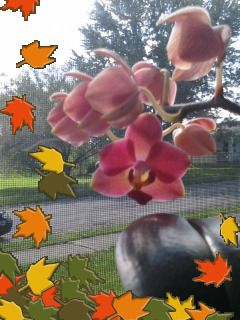 I changed the camera settings on my phone; the phone has a "Frame" option, and I added the leaves for Larisa.

I cannot enlarge any GF photos, some don't enlarge because they are already as large as they can get, but others do enlarge, but not for me. For example, i went through all the photo contest photos for December and none of them enlarged, but i remember pre the latest update i was able to enlarge ones that now i cannot. This is no big crisis but even before the update sometimes a photo would enlarge and sometimes the same photo would not enlarge next time i tried. I think Firefox gets moody sometimes about this and i can relate.

If you are still experiencing a loading slowness, i saw the issue addressed in the "getting started", but i didn't read it, but it is there. It would take a lot.for me to change my browser. I have had it forever and have never had a problem when IE was getting hacked about every other day, Firefox was not and i like that it is an org.


MaryMary said:
I also added "Print this page" to the toolbar, maybe if I use it more often, I won't bookmark so much!
Click to expand...

Yeah, but wouldn't you rather have a long bookmarks page than paper everywhere? and you can do a lot to manage the bookmarks in different categories, etc

Well, what the... I wasn't sure whether you meant the submissions or voting thread, so I went through both, and every picture in both threads gives me the option to click to enlarge. I'm not sure this is a Firefox problem.

Ok, there has to be a way around this for you! You are on a computer with a mouse... try holding down the "Control" key on the keyboard and scroll up with the mouse. That will enlarge the whole page for you to look at the photo, and when you are done, you can Control and scroll down to bring the page back to normal reading size. Does that work?


Beverly said:
Yeah, but wouldn't you rather have a long bookmarks page than paper everywhere?
Click to expand...

You have a very good point there. Maybe I will just print things like recipes - it's easier to have the paper to refer to, and then I'll categorize the others!


(I am loving some of these new smilies!!)
Ad

I practiced on the voting photo page. Ctrl + rolling up with mouse works like a charm. Thank you

As for the enlarging part, it should only enlarge if the photo size is bigger than the forum width, and it has been shrunk down to fit. So if a photo is already smaller, clicking it won't do anything .

@Ian i am aware that some photos do not enlarge, but none of the photos enlarge for me when i tested them out on the contest voting thread. Actually they don't enlarge anywhere on the site but @MaryMary solution works very well for me. Before the Firefox update sometimes the photos would enlarge and later the same photo would not enlarge.

Hmm, that does sound strange. I'll try using Firefox on the site, rather than Chrome, and I'll see if I can spot any problems.


Beverly said:
Now i notice that when i want to add a reply quote in responding to a post i do not get the "reply" option.
Click to expand...

Any chance you could post a screenshot so that I can see where the reply button is missing? It all looks ok from my end, even in FF. Windows 7 and above have the "snipping tool" (searchable on the start menu), which makes it easy to take screenshots and annotate them .
You must log in or register to reply here.