It seems every year brings a different garden problem. Last year it was drought. This year it is a plague of Japanese Beetles. They are everywhere. They have decimated my flower beds and a lot of my smaller trees. I try not to use harsh pesticides because we have bee hives in the area. Unfortunately I have had to break out the sevin dust to save my plants. I have never seen swarms of these bugs like we have this year. Is anyone else having a problem with them?
Ad You've probably seen them hanging out in people's yards. Truthfully, I never understood the whole Bag-a-Bug concept... that is, until WE needed to use them! Here's why we swear by the bug bags...

My dad used them, and they worked great! Also, you have chickens, don't you? According to this article, you won't need to buy new bags. Just dump out the "beetle treat" for the chickens, and reattach the bag!

You are not the only one! Pretty sure this is one of my okra eaters. 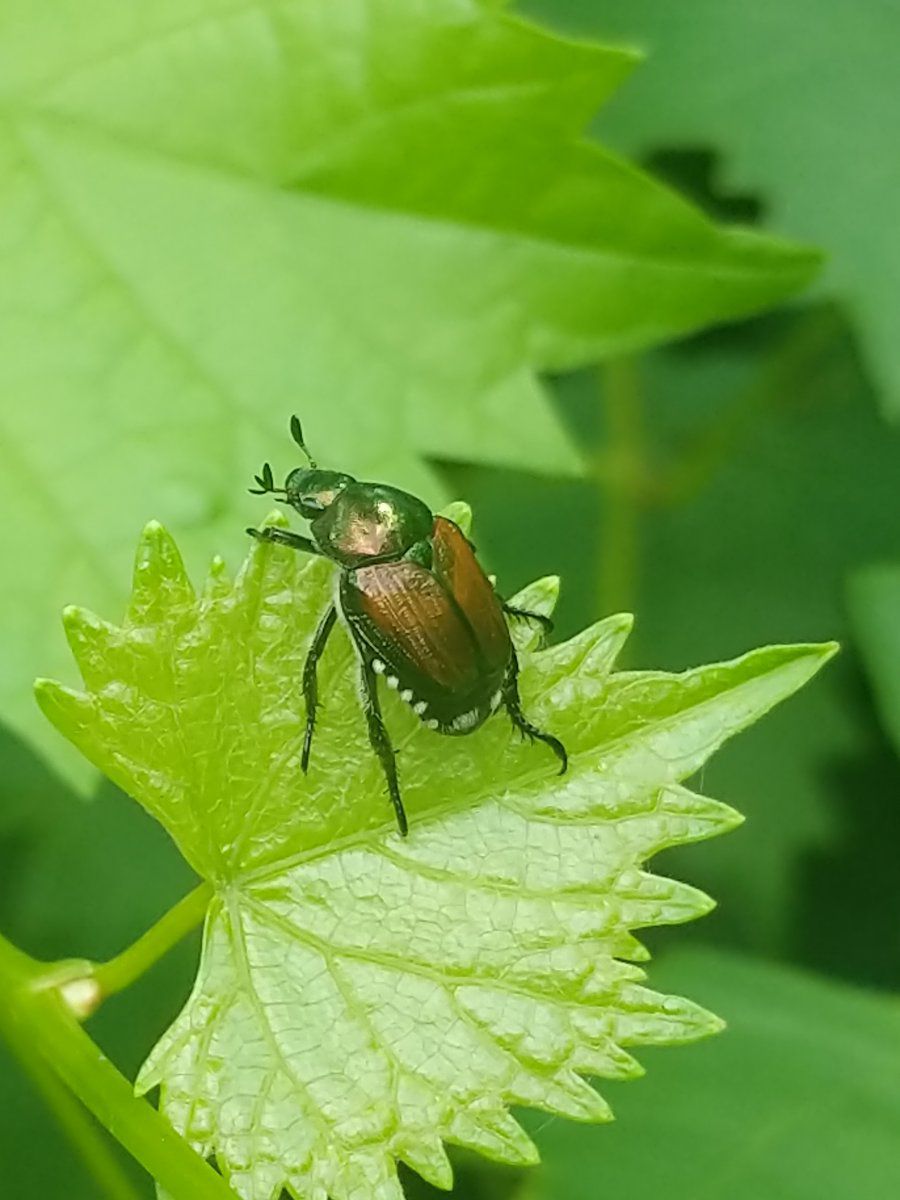 My traps will arrive today. Beetles started showing up 3 days ago. Corn, beans and lotus chewed up already. I'm sure the roses will be next. The traps attract the beetles so don't put them next to the plants you want to protect.

I have been fending bugs off with bT and Spinosad. These traps will be more satisfying.
K

Not going to help you this year, but a long term solution is Nematodes and/or Milky Spore.
Ad

So? How did the traps work out?

Beautifully! Emphasis on full! I had no idea of the numbers of beetles, and the holes in my leaves have stopped appearing!

I don't know if you read any of the comments from the link I posted, but this one might interest you!!

I am located in Columbia, MO.
I first learned about these traps today by a Lincoln University Extension instructor. Another instructor there builds his own trap using the lure from one of the bag devices, and a five gallon bucket filled with water to drown the beetles. It is what they do with the dead beetles that is so interesting: they pour the water with the dead beetles into their compost bin.
They did a chemical analysis of dead Japanese beetles and found that they contained 10% nitrogen. She showed me earthworm casts she had and mixed in were composted beetle parts, still slightly iridescent.


Okidokey- responding to David Miller2 years ago
Have you considered that the females may be loaded with eggs? I noticed that there were thousands of larva in some ziploc bags I had put trapped bugs in....
A person might want to mix in some milky spore with their compost.
Click to expand...

The traps work great! Just be sure to put them away from your garden. I think they attract every Japanese beetle for miles around. I am impressed that they only seem to attract the beetles and not beneficial insects.
Ad

Silentrunning said:
The traps work great! Just be sure to put them away from your garden. I think they attract every Japanese beetle for miles around. I am impressed that they only seem to attract the beetles and not beneficial insects.
Click to expand...

Like me to the scent of a tea olive!
Ad