So I bought a few young blueberry plants a little over two years ago and kept them in pots. But, I moved and was splitting my side between two states, so I left them with my parents for most of the year. This summer, I got home and didn't them anywhere, so I assumed they all died, and when I asked my dad he said they were gone. Well, it turns out he put one of them in the ground and forgot about it, and it's alive, leafed out, and set some fruit. Thing is, I had three different types--duke, bluecrop, and patriot--and I have no idea which one this is. Is there any way to identify it? I've included some pictures if that's helpful.

But, I'm excited! Since now I'm back home for the foreseeable future, I bought some plants to replace the ones I assumed died (planned to replace 3, ended up buying 6. Oops?). With seven plants and four different varieties, I'm anticipating lots of berries next summer! Assuming, if course, I don't do something stupid and end up killing my plants, but I'm keeping my fingers crossed that they all survive. 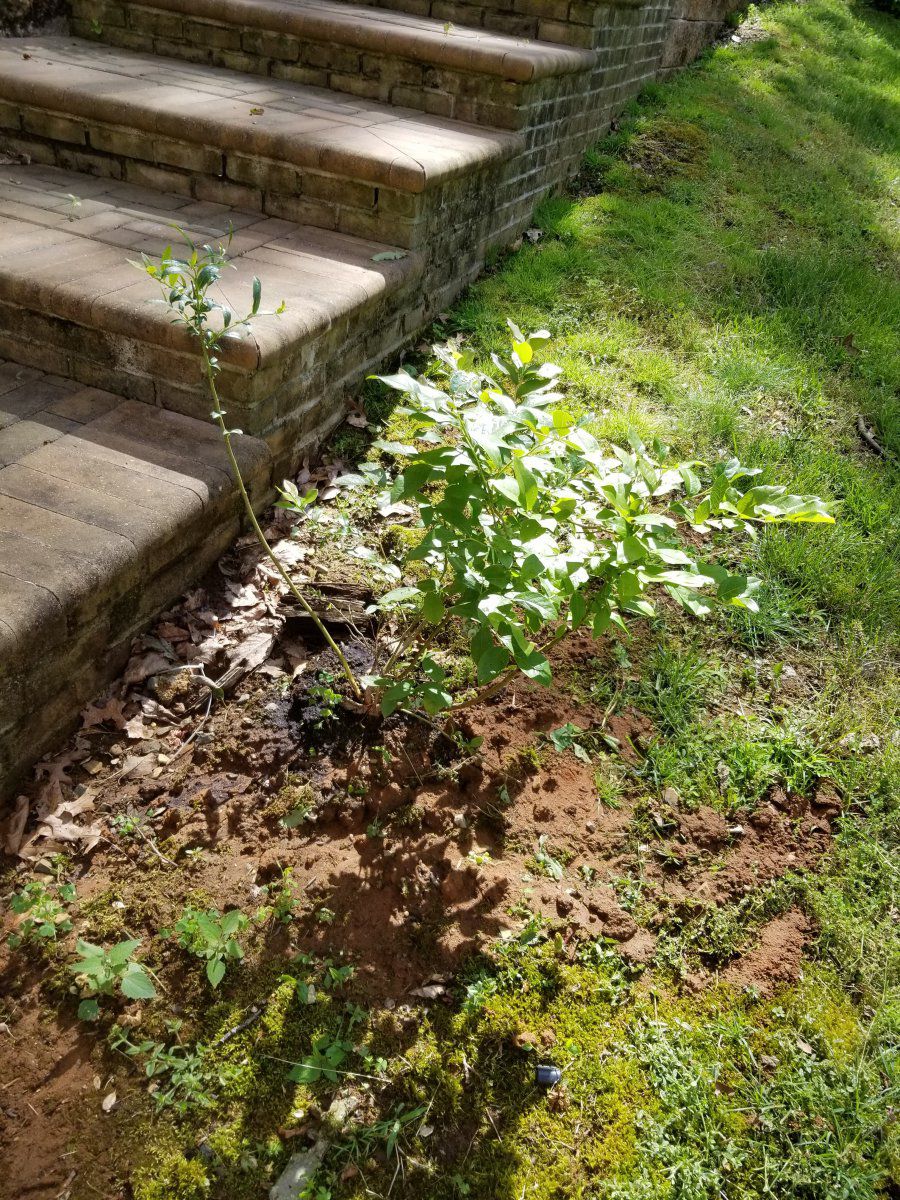 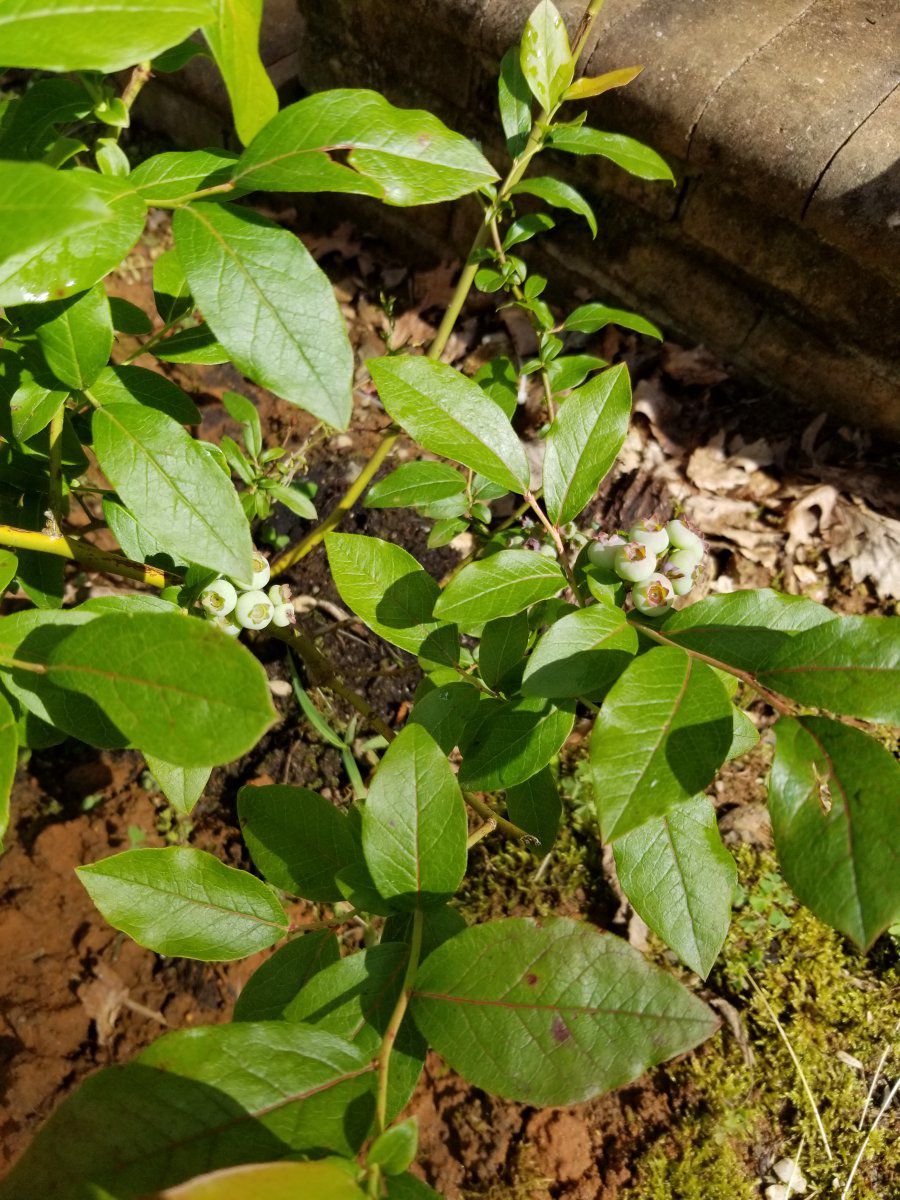 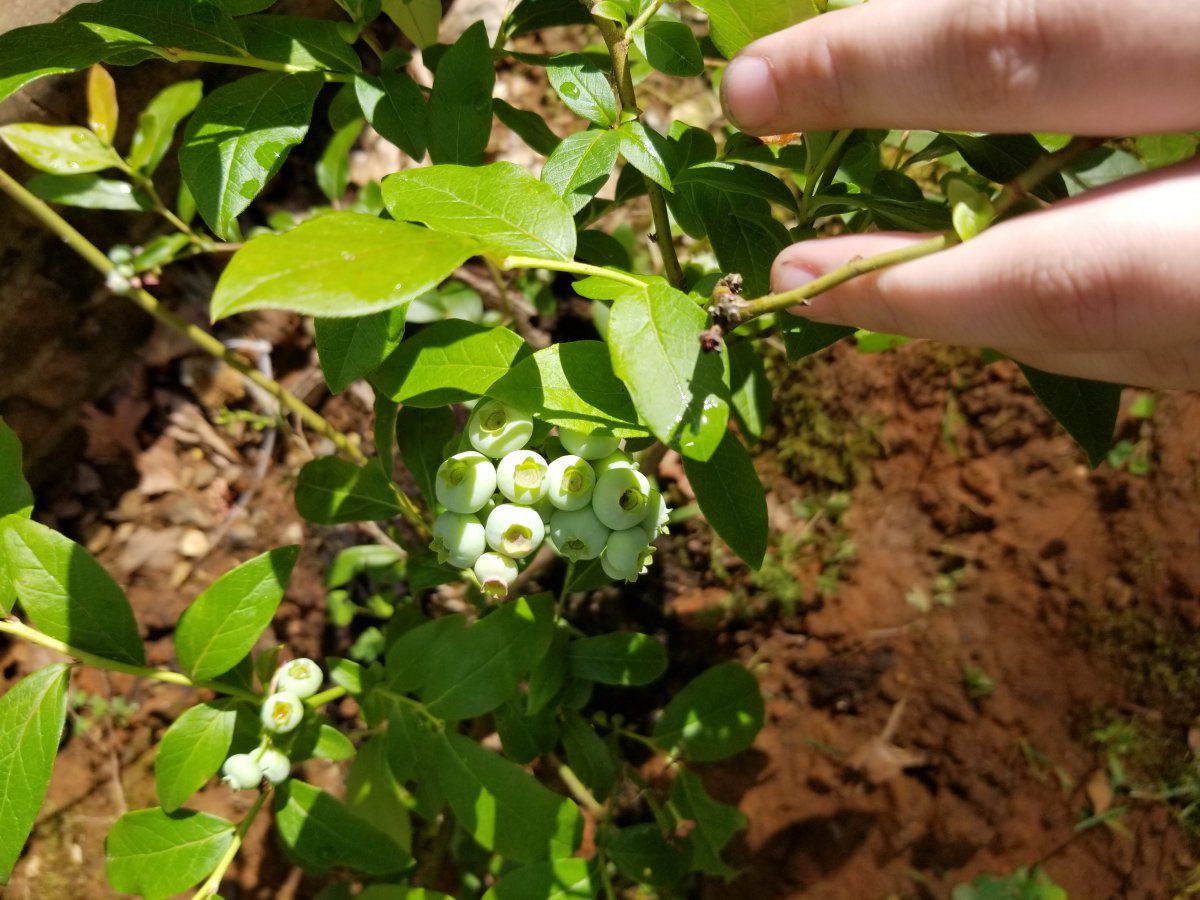 No idea as to which variety you have but with 7 plants, watch out! I have that many highbush blueberries that are close to 10 years old. The last 6 years, we harvest 20-40 pounds of berries!
A

Wow, that's a lot of berries! 3 are pink lemonades, which I've read tend to be a little less productive than regular bushes, and three are dwarf varieties--two peach sorbets and one jelly bean--so I'm also not sure if those will be quite as productive as your highbushes. But if they are, then I guess I'll just have to make lots of jam and blueberry desserts. It'll be a perfect excuse to try out a recipe I saw awhile ago for a blueberry cake

Since you have so many plants why don’t you put one or two in large pots to see how they do? I had one in a pot and it produced berries sooner than the ones in the ground. Also you can move the pots around the yard for maximum plant benefit. During the heat of summer you can keep them evenly watered and regulate sun exposure.
Ad

This one in the photo is actually the only one I have in the ground right now. The other six are all in pots. 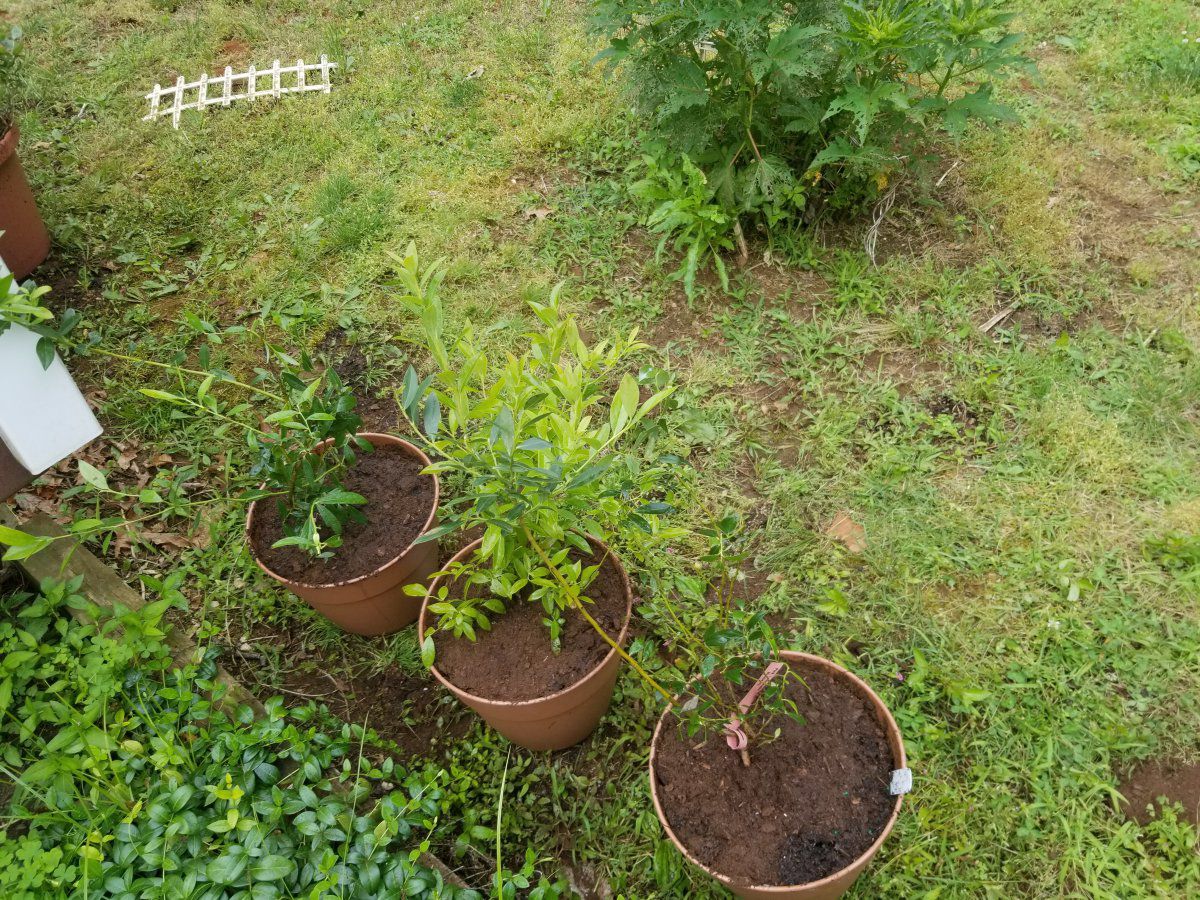 These are my pink lemonades. They'll probably need to be repotted eventually, but for now they'll be easy to move around as needed. The left and right bushes came from fast-growing-trees.com. They're a little scrawnier than I'd hoped--particularly the left most plant. The middle came from a local nursery. I honestly didn't expect them to have much variety, and that third one was an impulse buy. 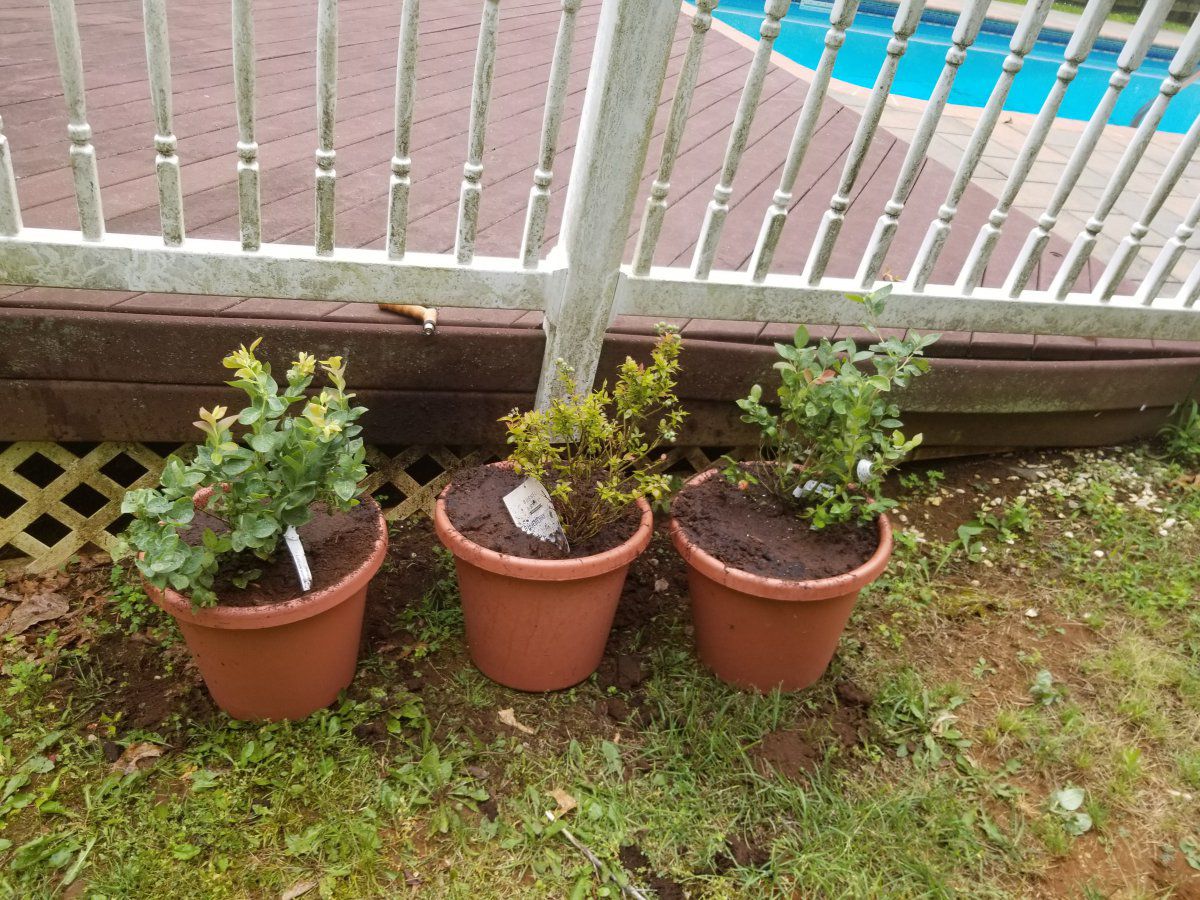 The outer two are my peach sorbets, also from fast-growing-trees.com. The middle is the jelly bean, which was also an impulse buy at the nursery when I was pleasantly surprised by the varieties they had available.
Ad