Geez and I thought I was old...

Song I'd recommend... among many... try "Live in Peace" by Francis Kingsley & Emitais from the 1970's, recorded in Abidjan, Ivory Coast.

Tetters said:
Early 60's aye - ah yes, I remember it well this is the first 45 I bought

In my teens in the late fifties I and my girlfriend at the time, saw Acker Bilk a few times at the jazz club at the Eel Pie Island Hotel at Twickenham. A favourite of London teenagers.
The hotel was rather run down, but had a reasonably sized dance hall. The whole place on hot summer Saturday night had an air of a setting for a Tennessee Williams novel. 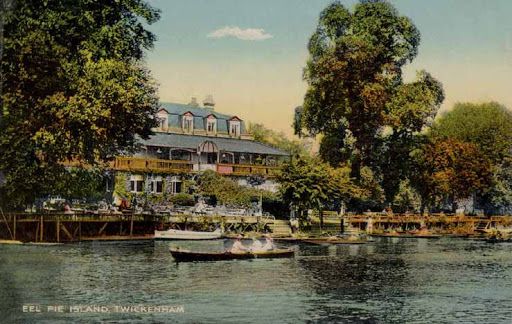 The popular traditional jazz bands toured the London jazz clubs on a sort of rota, every Saturday night.

This was before I became a "modernist" and joined Ronnie Scott's club when it first opened.

I didn't see him again until about fifteen years ago, this was at the Lowry in Manchester, when he and his band appeared with those of Kenny Ball and Chris Barber. Sadly all three have since died.
As my wife and I took our seats after looking around the auditorium, we turned to each other and both whispered to each other quitely, "This place is full of old people."

We had these when i was about 5 and we had one of those turntable that was in a sort of box with the speakers.

Logan said:
We had these when i was about 5 and we had one of those turntable that was in a sort of box with the speakers.

The favourite was a Dansette Major. 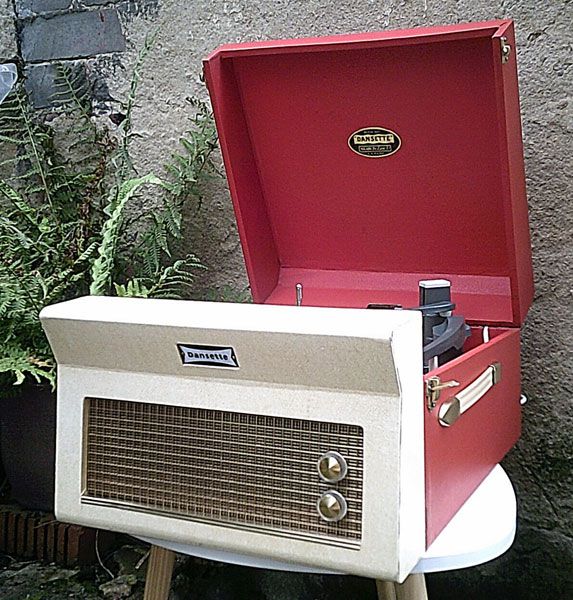 We often thought that some pop records were made to sound better on these than on more expensive equipment.

One in perfect working condition like this would cost around £300 now.

Ode to Joy to the World

Sean Regan said:
The favourite was a Dansette Major.

We often thought that some pop records were made to sound better on these than on more expensive equipment.

That's the one.
Ad

Sad that Don Everly died, he was 84. He and his brother were very popular with myself and other teenagers.
They moved from Cadence to Warner Brothers, in a reported million dollar deal. But they owed Cadence a number of songs, hence the album "Songs Our Dady Taught Us." The move resulted in Acuff-Rose who owned the rights to anytyhing they wrtote meant they couldn't record anything they then werote. Also as A-C owned the rights to everything F & P Bryant wrote, they couldn't record any more of their songs, who had written nearly all of their hits. So they recorded this Carol King song which was a hit.

The details are all in a BBC documentary on them which I recorded years ago. It was repeated after Phil died, so I guess the BBC will repeat it again shortly.


Their first televised appearance on TV in the UK was surprisingly on the old "Billy Cotton Band Show."

This tune on just one upload from 12 years ago (not this one) has had over a billion hits, People are still adding complementary posts. there's other uploads too including the one I've attached.


It's a "nothing tune" but I've always found it quite catchy.

But then I've always liked, in my opinion, "the best singer in "Destiny's Child"

She can sing in any genre.

I've recorded a lot of stuff on my Tyros 5 in the four years I've had it. But having made the effort to record something, I sometimes forget that I have and not just played it at sometime or other, given there's about a couple of hundred recordings, I guess that's excusable. So sometimes I hear something on the radio and it triggers a memory, so I check to see if I did record it.

This is an example and although I say it myself, "Hmm..I don't think I did that too badly."

Here is a particularly fine rendition of that classic Broadway standard, How High the Moon. More languid and ethereal than most takes on the song. It may, arguably, be my favourite.

Yes, this a real 'thing', and from way, way back when.

Bob Eberly, who had the looks and the voice, but never seemed to be able to progress, unlike Sinatra, further than being a big band singer.
He'd more or less disappeared by the end of the fifties when the popularity of big bands declined.
But I like this.