Saved By a Bit of DIY

We had a new bathroom 9 years ago. 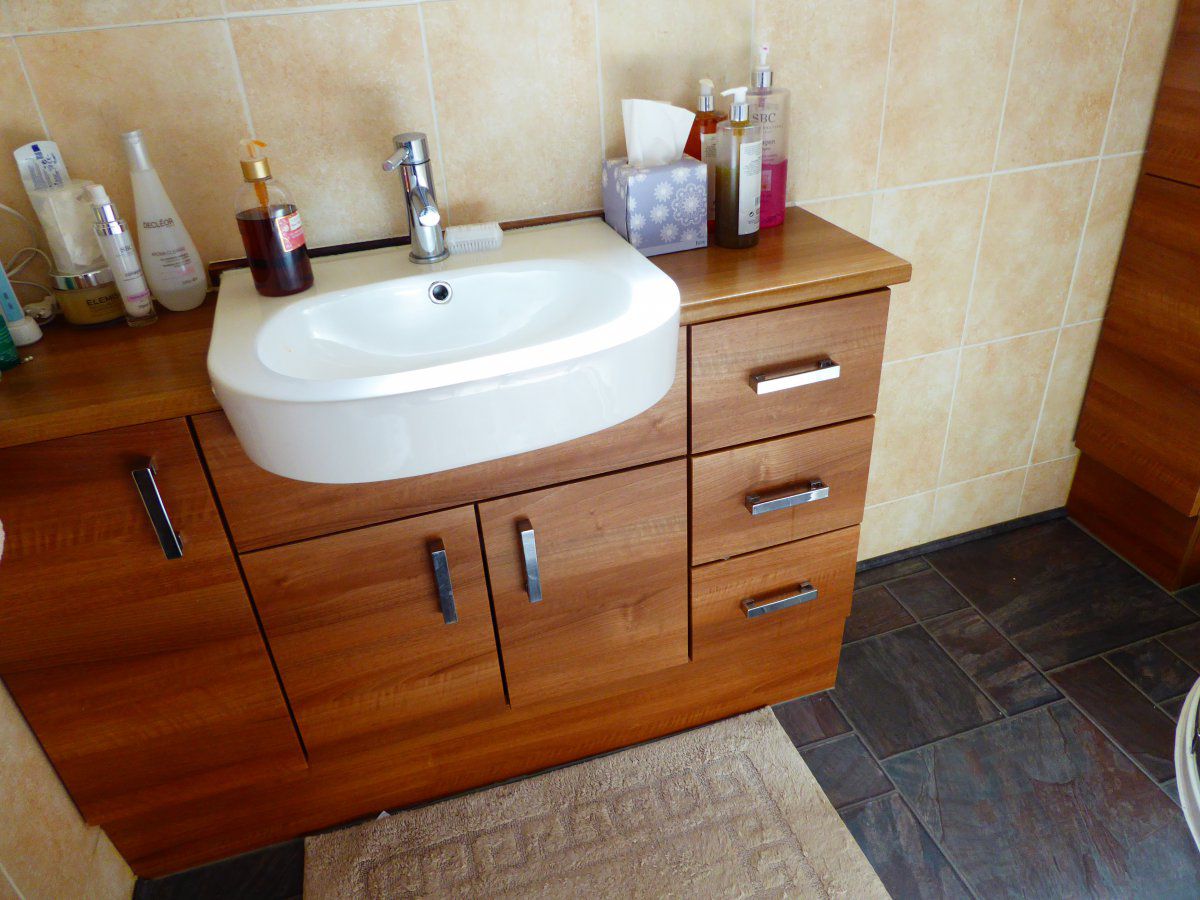 Washbaisins have a diffuser in the spout which stops the water going "everywhere," when you turn on the tap.
These used to be made of steel, but for at least a decade, they've been made of plastic. With many, they're forced in, at the time of manufacture of the tap and you can't always get replacements.
The problem with plastic is that it hardens over time and these things can start to disintegrate. As did ours the other day. I was faced with possibly having to get a new tap, if I couldn't find a solution.
It wasn't a question of cost, but of having to swop them over. It would be a pain. I'd have to empty the unit which is always packed with my wife's stuff, turn off the two tap water supplies and then with a socket and a long extension undo the nuts that secure the tap. This would involve lying on my back with my head and shoulders in the unit and reaching up to get at the underside of the tap. I didn't really fancy it. The chance of getting a plumber to do it wasn't very high either.

Anyway, on the way home from golf yesterday, I went into a plumbers' merchants and went through what diffusers they had. None were the right size but I though with a bit of "fettling" I could get one they had to fit. The inside of the tap spout is fluted, designed for the diffuser to be forced in. I rubbed down part of the screw thread on the diffuser and wound it in with a G-Clamp, using a towel to protect the chrome on the top of the tap.
Job done for £5.99 rather than a hundred quid and a lot of inconvenience.

I didn't even have to empty the cupboard!
Ad

We have a great deal of limestone here and of course the water dissolves and carries it to our various plumbing appliances and wet surfaces where it shows up as a white crust via evaporation. It is easy enough to clean up with a little chemical wizardry, and my wife decided that all the diffusers in the house needed a wash. As you know the diffuser have multiple parts here in the States generally, and B naturally dissambled all of them for a good cleaning soak in CLR cleaner. When she was unsuccessful putting all the parts from the whole house back together, she presented me with a ziploc bag full of the various pieces and asked me to fix the plumbing. I cannot say they are all fixed to this day, but we do have a better respect for the very wide array of sizes, designs, flow directions and installation methods of otherwise simple diffusers.