When I started a garden last year I quickly learned that I had a lot of wildlife coming after my plants. The birds and squirrels aren't too destructive and would be near impossible to keep out anyway, but the woodchucks and rabbits cost me some plants early on and were easily blocked by short fences. The problem with those short fences is that they made it very difficult to reach into the bed, so when I went about expanding my garden I decided to do an enclosed raised bed area for the plants that are vulnerable to those pests. I did a fairly basic design with 2x12's laid on the ground with 4x4's as posts and 2x6's as headers to support the chicken wire fence and the metal mesh trellis of two sides (which is another a bonus of this style of enclosed bed: bonus trellis support all around). In a 14x14 space I was able to fit 46 linear feet of 3' wide raised bed with room to have containers sitting in the walkway and still get around. One thing that I would do different next time is to build taller beds, they would make it a lot more comfortable to work in. Even with the 2x4 ledges to sit on that I'll be adding, getting down there to work can be unenjoyable even for a reasonably young guy like me.

To prepare the ground I removed the grass with the roots and tilled up the top of the soil bit to blend it with the new soil to go in the raised beds. The enclosed raised bed itself needed about 5 yards of dirt to fill it, I ordered a total of 12 yards of dirt/sand/compost mix from a local landscape company for this and other beds. Anyway, I just wanted to show how much growing area you can squeeze into an enclosed space that looks relatively attractive in your landscape and could look downright fantastic with even a little extra effort and materials beyond what I did here.

The dirt was delivered before I started building any of my new beds: 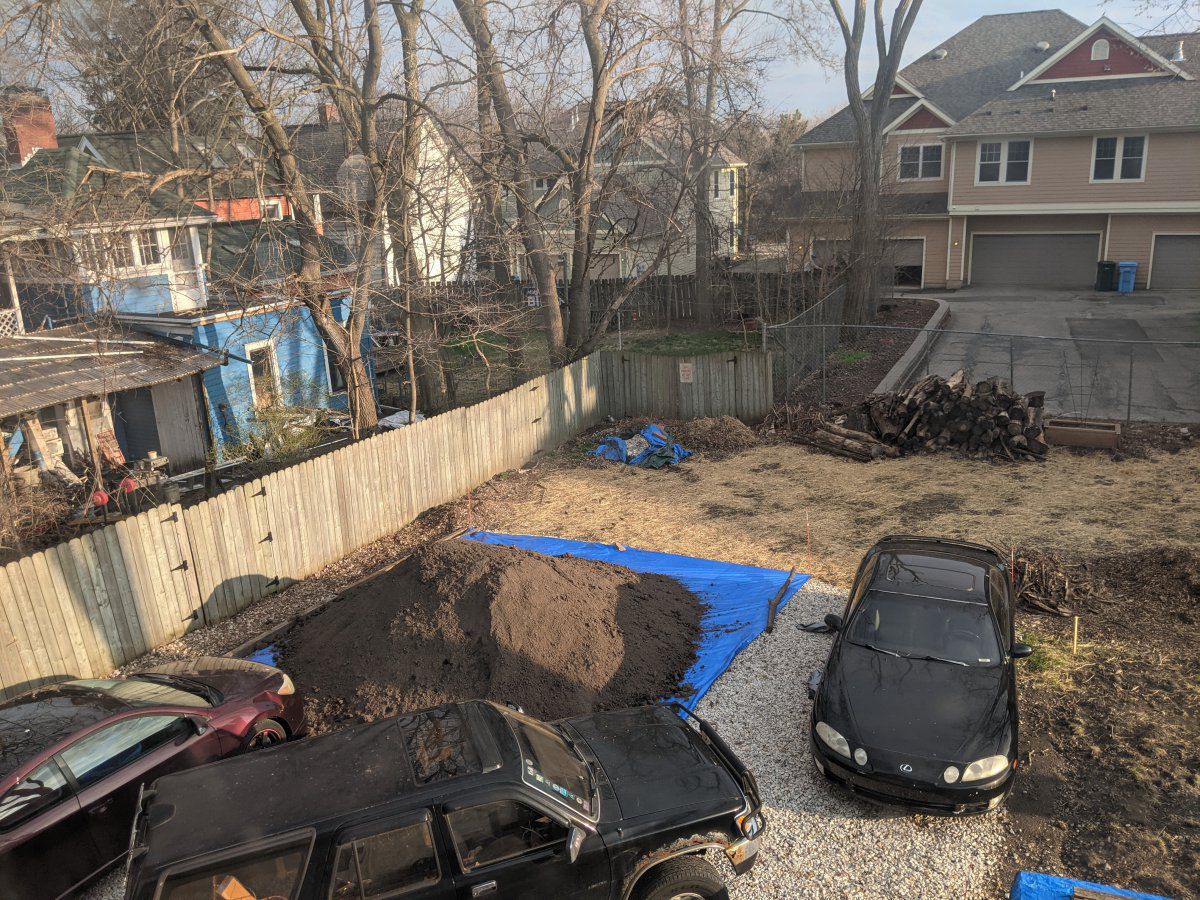 The posts and one side of the trellis are up here: 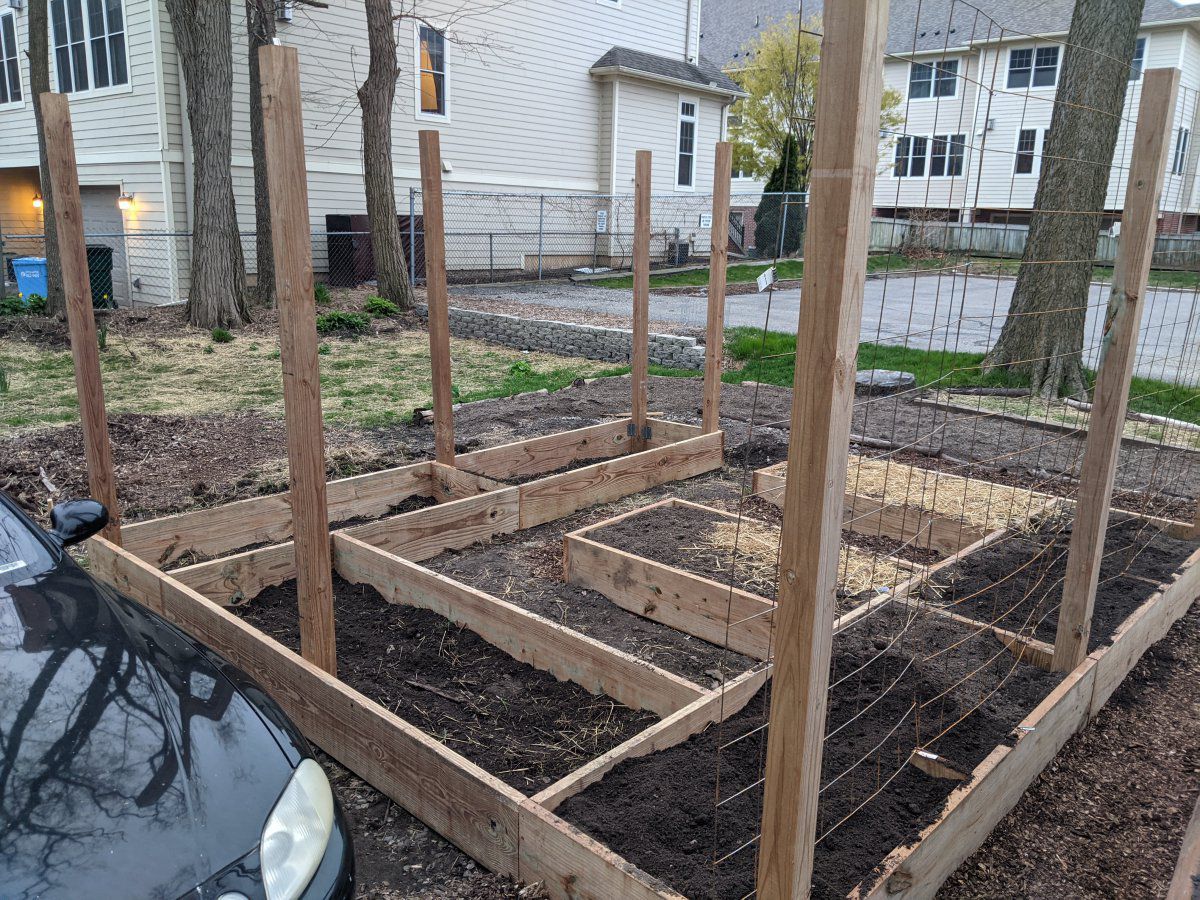 The 2x6 headers and chicken wire are up (Yes, that header needs to be made strait. I was intentionally following the top of the chicken wire rather than going for level and that was the wrong choice, I'll fix it someday. Probably.): 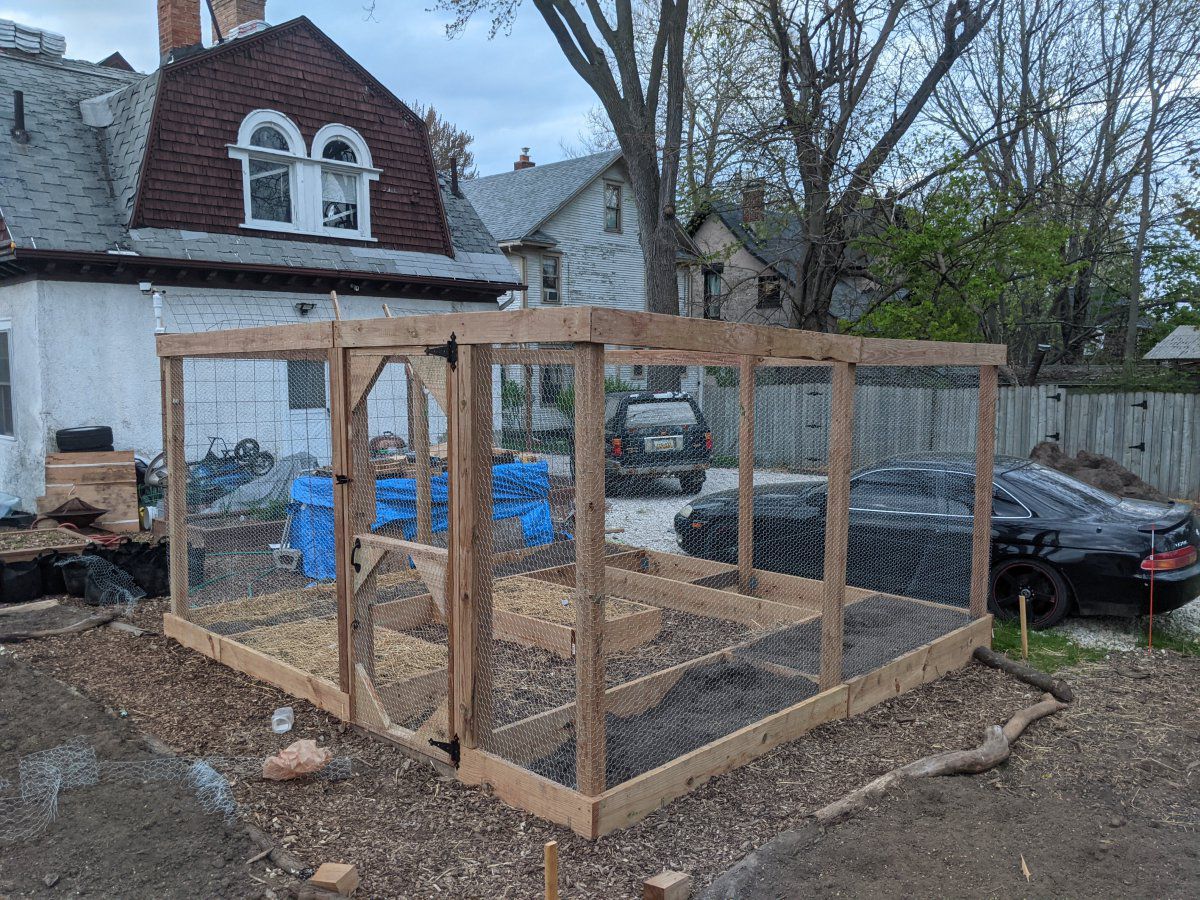 ...And the (mostly) finished product with its first seasons' plantings. (I'm still adding 2x4 ledges to sit on around the interior perimeter) 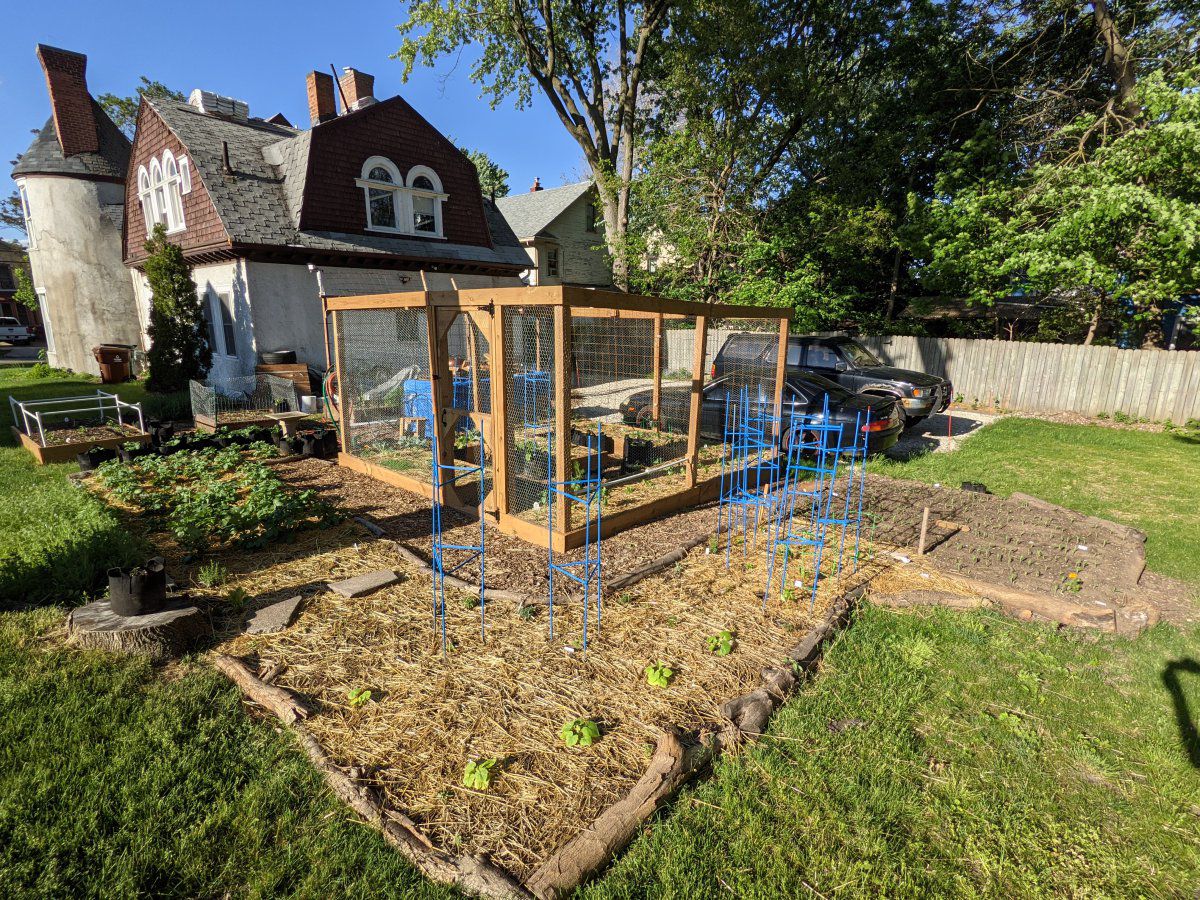 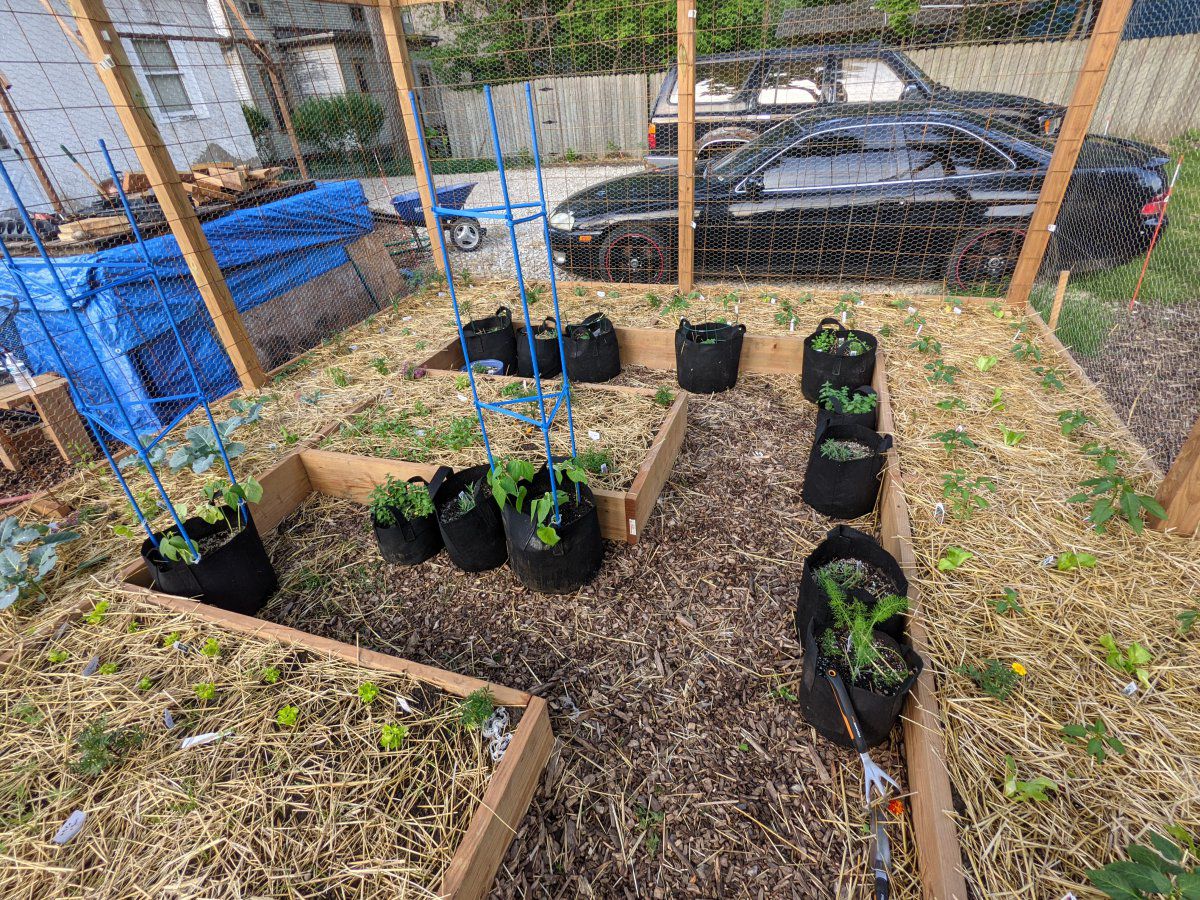 That looks impressive hope that it works for you and welcome to GF.
M

As I said in an earlier post @Munch517, you have a nice set up going there.
Ad

Thanks to both of you. I'm very interested to see how it works out myself, there's some spots that get a little more shade than I'd like so it'll be interesting to watch.