A couple questions about Lily of the Valley.

When my plant hating neighbor moved in and started mowing everything, I scavenged some Lily of the Valley from his yard. The first ones without his knowledge , the later ones with his permission, since he was mowing them anyway. Because of where they were placed in the yard, I assumed they'd be alright with morning sun and shade the rest of the day. (Full shade after noon, maybe 1 pm.)

That was two, maybe three years ago, and they still haven't bloomed. They are multiplying, and they look healthy, but there are no flowers.

Do they need more sun? Should I move them? I think they should have bloomed by this time of year... but the Spiderwort has grown tall and is completely shading them now.

I have tried to plan my flowers so that something is always in bloom. There might not be a profusion of flowers until June or July... but once I see the daffodils, there is always something.

So...when should they bloom? I know that with all of us being in different parts of the world, "beginning/end of (month)" might be hard to tell, but I guess what I'm asking is... with or between which flowers? I've already had daffodils, tulips, lilacs, violets, irises, sweet williams, peonies, poppies and spiderwort blooms in the yard. Shouldn't they have bloomed with one of those?

Am I being impatient again?
Ad

I am in Northern Connecticut and ours are blooming now. Don't know why yours aren't blooming, but are they in a fairly moist area as ours are?

Lily of the Valley need reasonably good soil, moisture, some shade in summer and to be left unfussed over.
For years I tried to grow it but now I am removing it. Here it started to spread into other plants
It is an enigmatic plant.........either not growing at all or growing like a weed !

@Everbrown, what else is blooming in your area? We've had such a strange spring, some things blooming early, some late. They are planted about two feet away from the downspout, so I think they get enough water.

They are in the front flowerbed, which gets morning sun until the sun rises high enough that it is partially blocked by the neighbor's trees. Then they get filtered sun until around 1 pm, when the house blocks it altogether. The past two weeks or so, the Spiderwort has grown so tall they are almost completely shaded.

The woman who owned the house before the plant hater had them in the part of the yard that was covered with pea gravel, and they bloomed there. I think the soil in my flower bed is better than that.

Rhododendron and azaleas are blooming now also. I took a better look at where they are and mine get almost zero direct sunlight,
Ad

Another thought, they aren't crowded are they?

@Everbrown, the azaleas are done here. Maybe I'm looking for them at the wrong time? But I don't see how I could have missed them. I love the smell of them, and these are pretty much right by the front door.

I went out and took pictures. They are going to be crowded by that Spiderwort in a year or so, I guess! 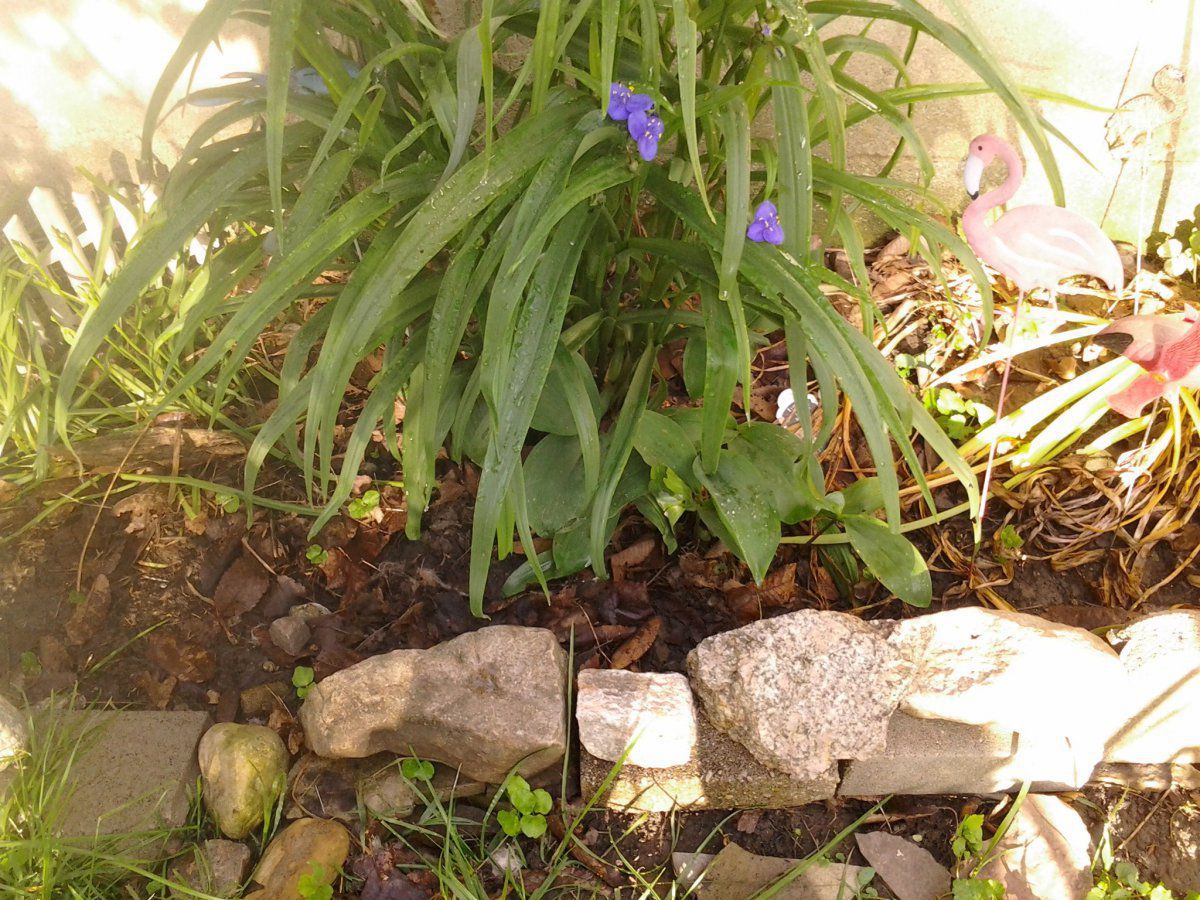 I lifted up the Spiderwort and got a little closer, if that helps any. 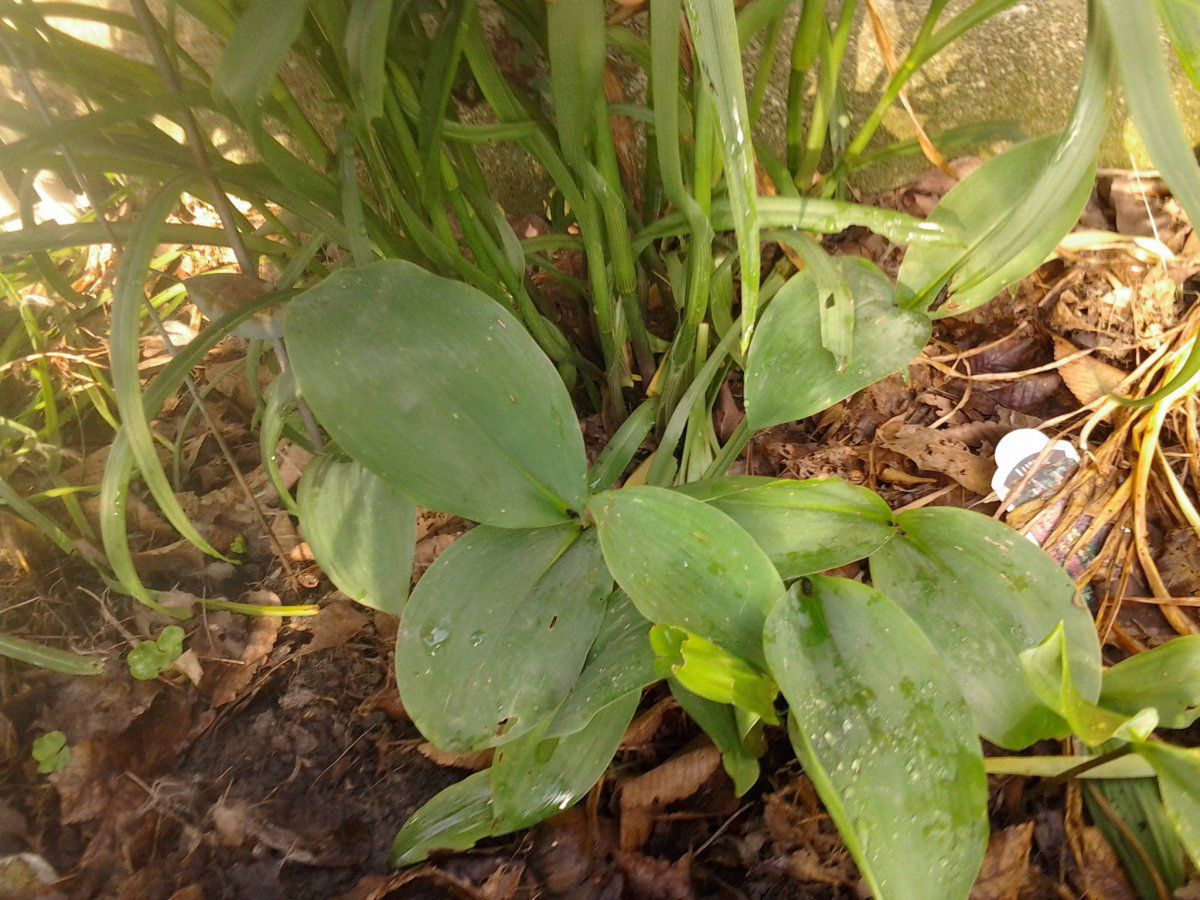 I don't think they are too crowded.

I do not know why. In my climate, they love the shadow. 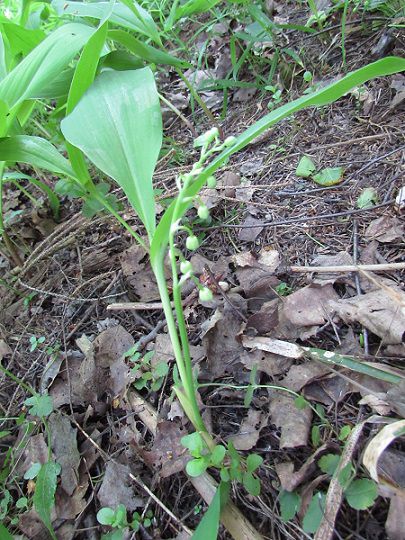 Here Lily of the Valley flower in May.