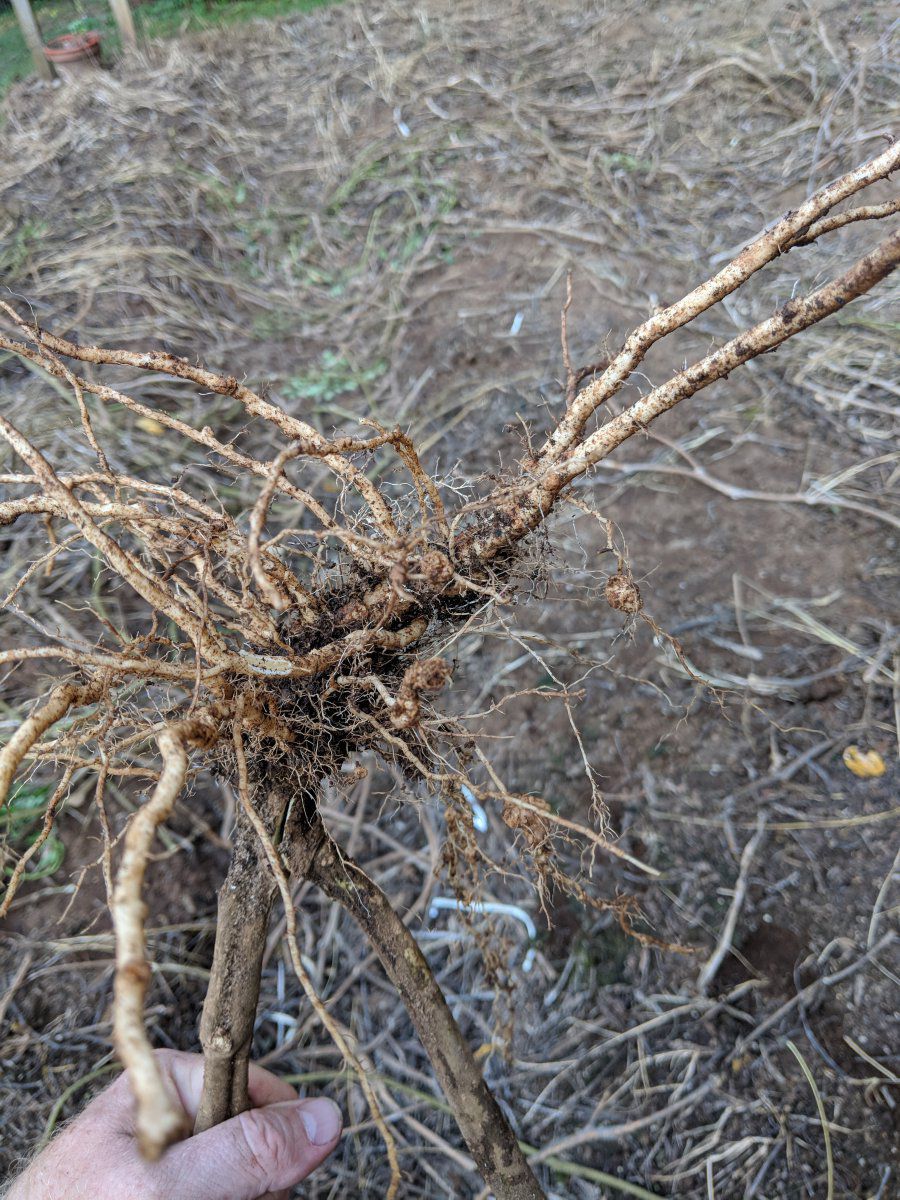 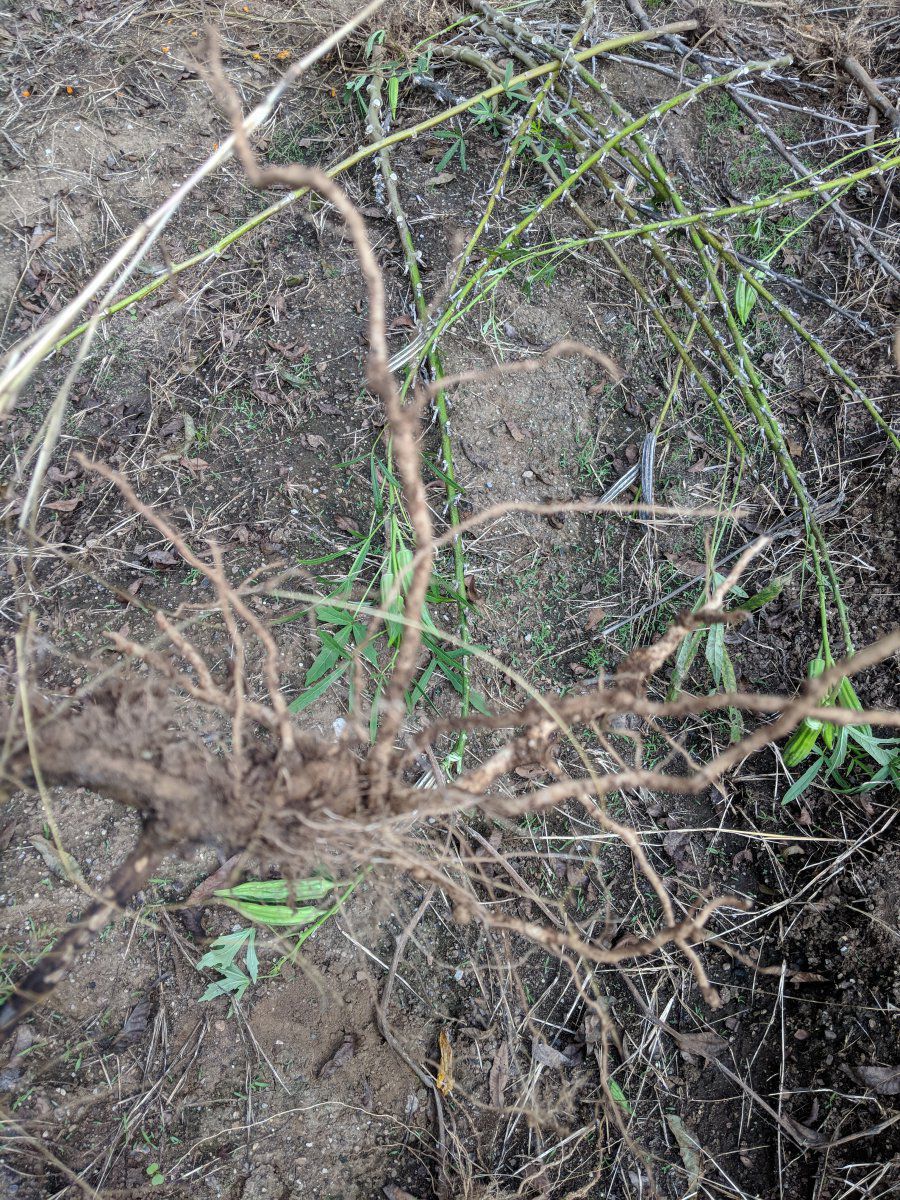 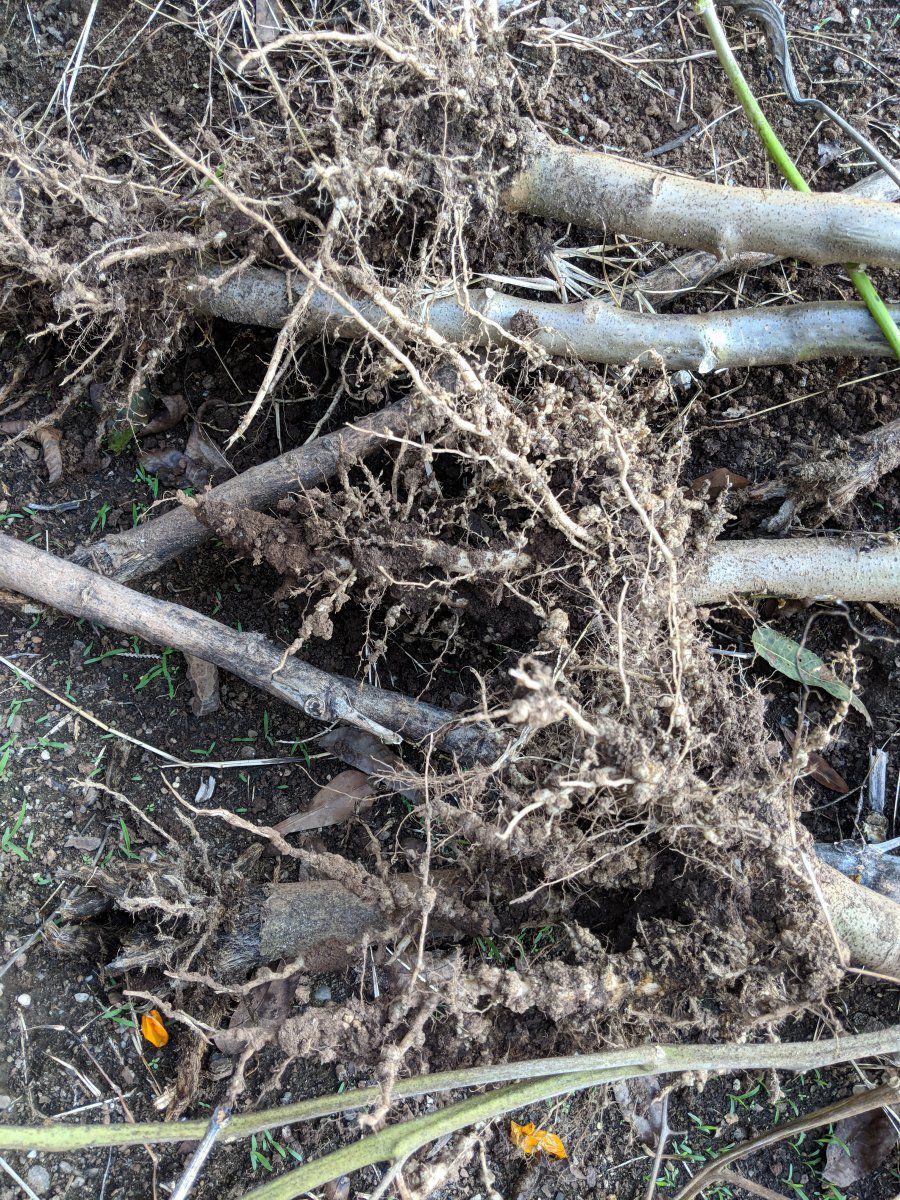 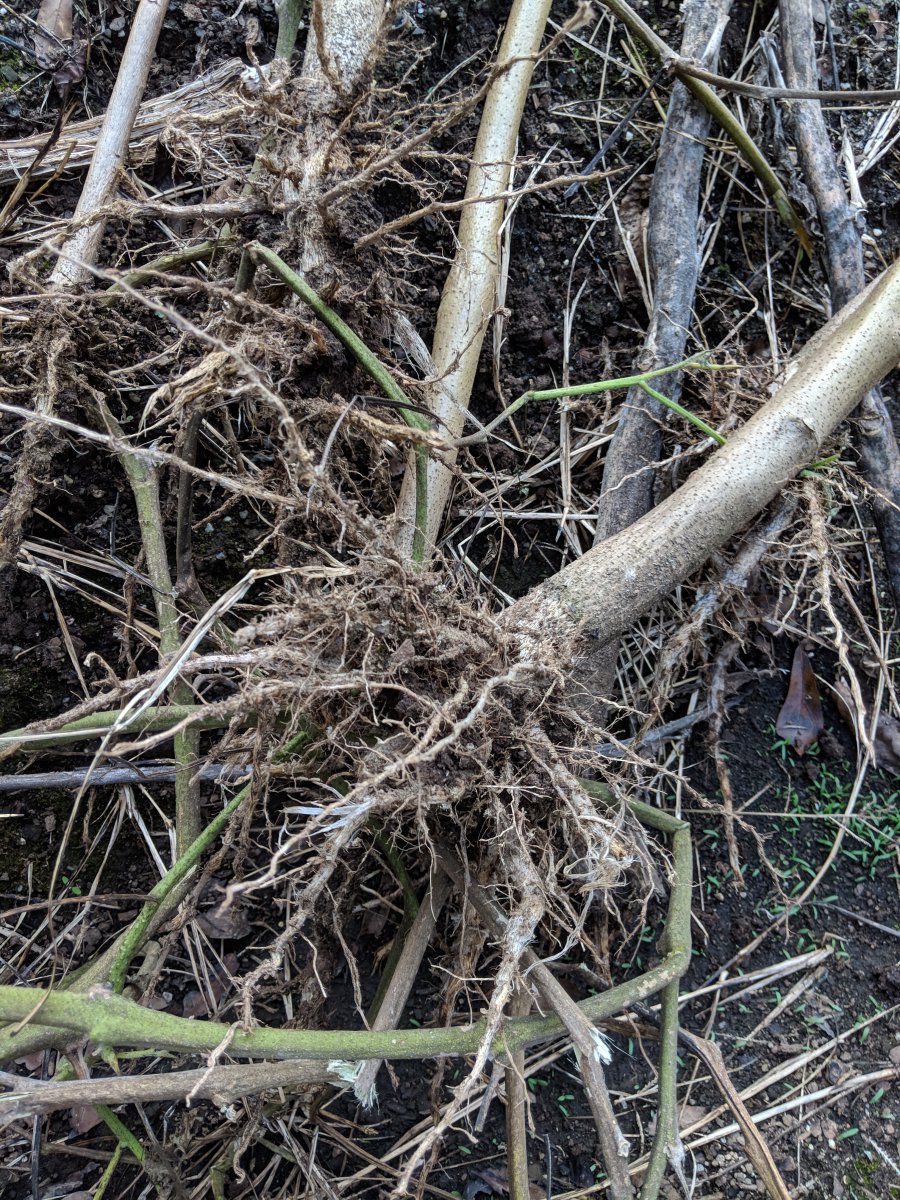 DM, what could you learn from this? I'm still fairly new to all this, not sure what u would gain from such trouble.

Its a percentage thing. No way to stop mother nature, but to retard, delay and influence negatively the onset of pathogens like these nematodes to allow the fruit production period to occur in a healthy way before a delayed nature catches up with it all is about all I can muster. This was the singlemost productive garden I have had in years. I started tilling in the winter, and used a thyme oil humic acid product that was effective in suppresion but obviously not eradication. In fairness, after the plants had given the vast majority of their production I quit spraying and no doubt that lack of spraying allowed advance of the nema. But many plants showed no effect. These were the worst that I found.

My wife was bitching because we had too many tomatoes, okra and so forth. Prior gardens had losses so that a ratio of production became a norm. I changed the suppression in the soil, produced more, and was secretly pleased to hear her complain about having too much. I am weird that way though.

The observation is that at the end, the nema is still there. But I got the fruit first.

I begin to doubt if I have any intellect at all with regards to gardening; or @DirtMechanic 's intellect resides in a totally different stratosphere!

Haven't s clue what @DirtMechanic is talking about...way beyond my level of comprehension, but impressive reading!!!!!!!

I still think he's an alien with super duper intellectual powers ...I told you it looked like some sort of space suit in his avatar the other week....didn't I

Don't think a trip with you, @Upsy Daisy , to feast upon his cookies and his beloved Becky's art works will improve my lack of intellect! But the prospect of driving up your infinite impressive drive way will certainly fuel my desire to join the capitalist brigade, @DirtMechanic !

Now, what else can I sell in my garden to pay for a bag of horticultural grit???
You must log in or register to reply here.