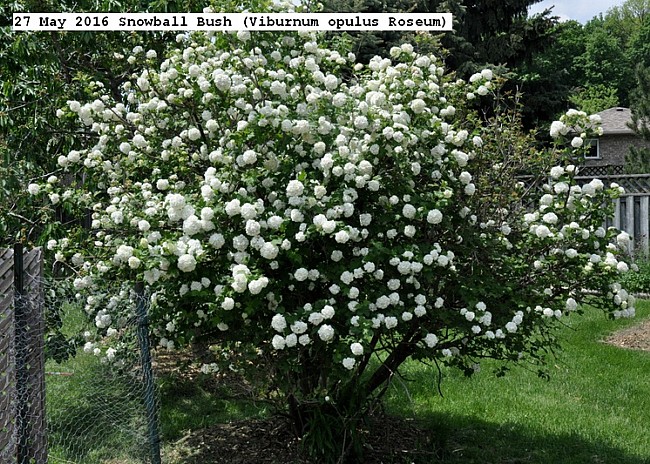 Lovely Durgan. I planted 2 of these a couple of years ago and they are about 2 metres high. I am really looking forward to them looking like yours.
Last edited: May 29, 2016

I had a snowball bush in the front yard and two years in a row it got devastated by the a beetle I removed it an put in a red double flowering Rose of Sharon..I notice a bit of damage from the beetle this year but not devastating. The Rose of Sharon is a mass of flowers in season and does not multiply like the single flower type.
http://www.hort.cornell.edu/vlb/manage.html Viburnum Leaf Beetle
Ad

That is really pretty. I like the blooms on it. I must say, I don't think I have heard of a snowball bush and it does look really neat.
The only bush I have ever planted here was a rose bush. I have several holly bushes out in the front though. They tend to grow very large and tall, they need to be trimmed now actually. Some bushes can be so pretty.