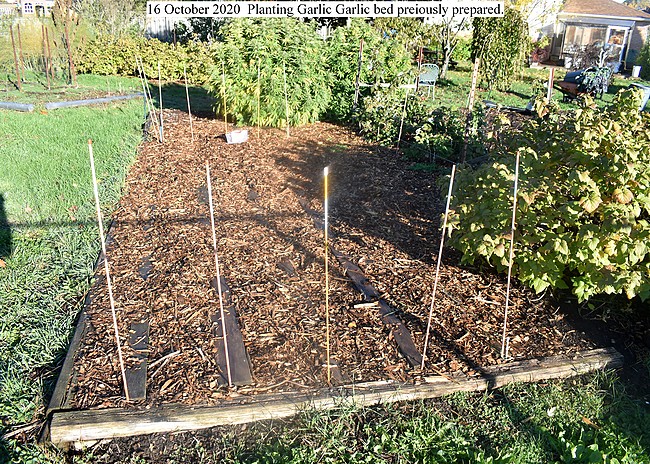 Most garlic won't divide into cloves unless it gets the required vernalisation.

headfullofbees said:
Most garlic won't divide into cloves unless it gets the required vernalisation.
Click to expand...

Never had such a problem.
A

The old fashioned advice over here is to plant garlic on the shortest day of they year and harvest it on the longest day of the year.

I have been trying different harvest times. End of August instead of mid July. When bulbs break the skin, the cloves get bigger. Leave the clones on until harvest. I don't use them at all. My observations are hard neck. Leave until about end or August before pulling.
M

headfullofbees said:
Most garlic won't divide into cloves unless it gets the required vernalisation.
Click to expand...

Durgan said:
Never had such a problem.
Click to expand...

I can't see how vernalisation would be anywhere near a concern planting garlic in the fall in Canada to harvest the next summer.
Ad

Arden Sage said:
The old fashioned advice over here is to plant garlic on the shortest day of they year and harvest it on the longest day of the year.
Click to expand...

Yes I have posted that on here somewhere.
That is great when you know when the cold is going to be sufficient in your area, but garlic is at its best when it get eight weeks total below 4C. and in the Western part of the UK, we can sometimes get very mild winters, so planting prior to December, when we can get some of that cold, makes sense to me.
Futher, as you get north of the N Midlands, planting at the end of September or beginning of October gives some growth prior to winter, but not enough that it bolts come spring.
Prior to moving to SW Scotland, I had an allotment in Cheadle, Cheshire, where they had given up growing garlic, but started again after I had shown four consecutive years of growing bulbs you could not close your hand around.
I'm not suggesting that planting this early is the only factor in my success, but I do believe, since my associate planted his garlic at the traditional times and got rounds, that it is contributory, especially where winters can be temperate.