I love pumpkin flavor! The reason I love fall so much, everyone has pumpkin flavor... Everything! I enjoy it year round. Curious who grows pumpkin here and how do you use it! I have no idea how to make use of a whole pumpkin besides as a jack o lantern! If it's not too involved I might want to grow them someday.

Just curious, show is your pumpkin patch and tell us how you like to use them
Ad

No pumpkins this year. The plants just didn't grow for me. I've had them the past two years though. I just grow them for autumn decorations.

Have seeds, Just have not planted them.

Plant the little pie pumpkins, they're sweeter. You can bake them, puree them, or make a pie, they are also good in stews and soup!

We grow pumpkins, involuntarily. I clean a pumpkin of seeds and that thready stuff and put it in the compost pile. Next season we get pumpkins in the pile. I've never purchased seed--we are on our third year of voluntary pumpkins with the original seeds from one I bought at the grocery. I agree that the pie pumpkins are best, but when they are free and you don't have to plant or tend them, I'll take what I get!
I wait until I think they are ripe (usually August or early September here) and pick them. I cut them in half around the equator, clean out the seeds and thready stuff, turn them upside down on a rimmed baking sheet, and bake until they collapse. Cool the halves, scoop out the pulp, puree it in the food processor, and freeze in 2 cup amounts (just right for a pie). I also make pumpkin bread and pumpkin cookies.
V

@marlingardener , that's awesome! I actually have to of those pie pumpkins we bought as decorations. I may try to harvest the seeds when they start going bad as decorations.

So I'm clear, what you scoop out is the inside of the rhind? How far toward the outer shell can you get?
Ad

Vette-kid, after the pumpkin is baked it's quite easy to scoop out the pulp all the way to the rind. The rind is tougher and holds together, but a large spoon will get all the pulp out with a little patience and a large bowl.
It's a bit of a shame to waste pie pumpkins as decorations.
V

A little, but they came already painted and I'll not sure I want them in the oven with paint on them!

I can understand your hesitation about having painted pumpkins in your oven!
After Halloween, make a trip to your local grocery and see if pumpkins are marked down, a lot. Before our compost pile started becoming a pumpkin patch, I'd go to our grocery and get small pumpkins at half price, or less. Even the big Jacko'lantern pumpkins will do for cutting, baking, and freezing the pulp. It is just that the big ones are less dense and the little ones have more pulp.
V 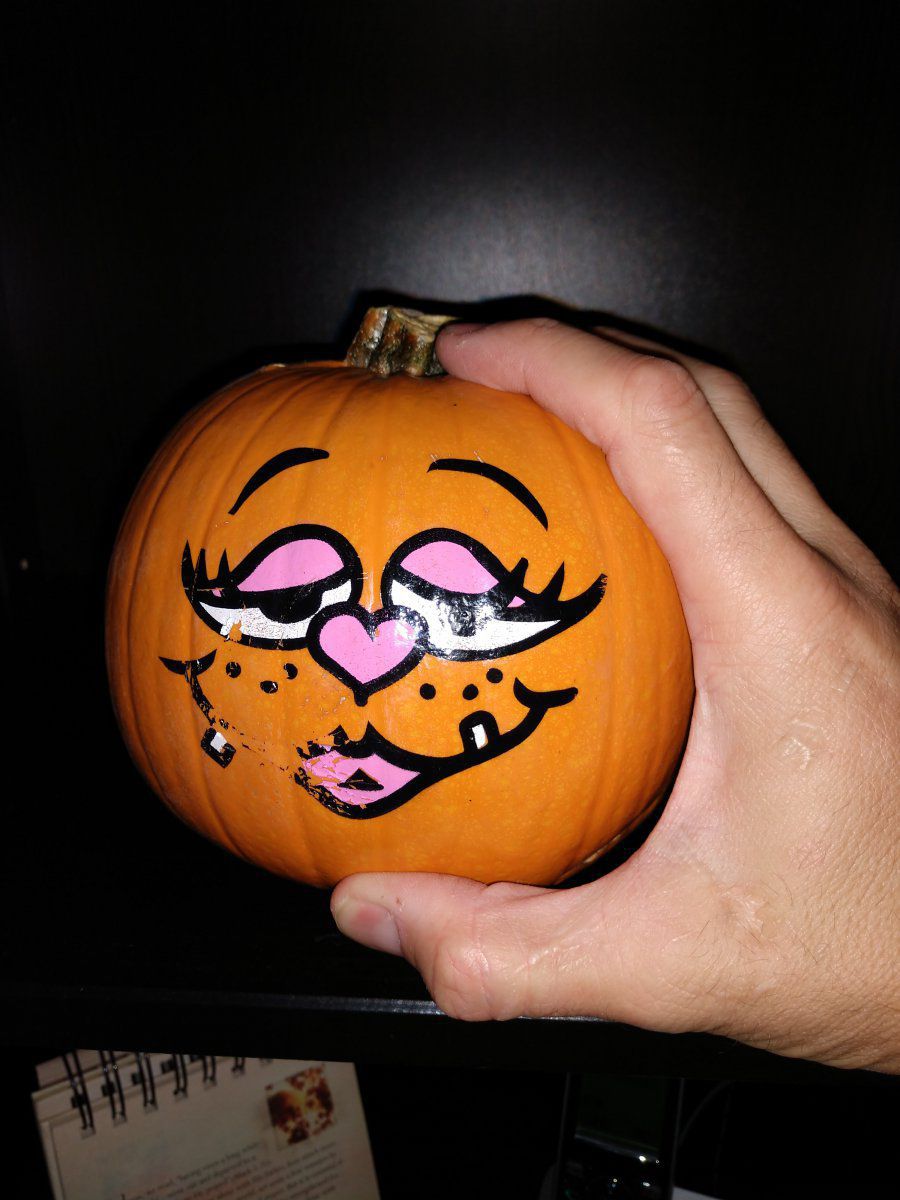 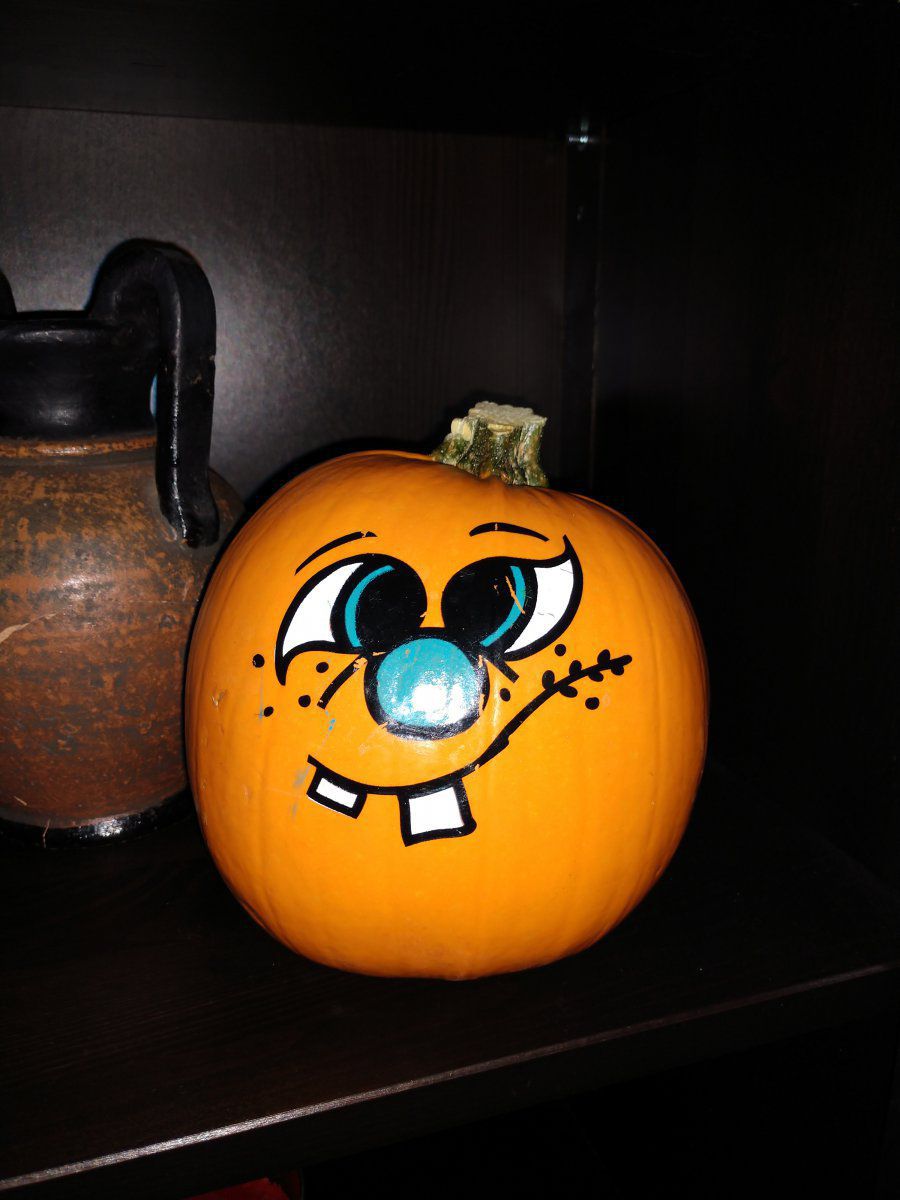 I have 5 "Queensland Blue" on three plants.

I grow pumpkin. Sweet varieties I cut into small pieces to eat raw. I bring it to the office (everyone brings their crops), put the sliced pumpkin on the plate and everyone eats it. Someone brings a carrot, turnip, so it turns assorted.

I also make pumpkin jam with oranges and lemons. And pumpkin roll with chocolate filling.
V

@Larisa , I've never heard anyone eating pumpkin raw. What variety? Id like to try it!

I didn’t do pumpkin this year. I have planted New England Sugar Pie pumpkin twice. My wife and I made pumpkin purée with them that we saved in our freezer. Both years we got about 20 pounds of purée.

The purée is great for bread and things like that.

vette-kid said:
@Larisa , I've never heard anyone eating pumpkin raw. What variety? Id like to try it!
Click to expand...

@vette-kid This is pumpkin moschata. It looks like this (in the photo is not my pumpkin, mine is over). It is useful to eat raw and really tasty! 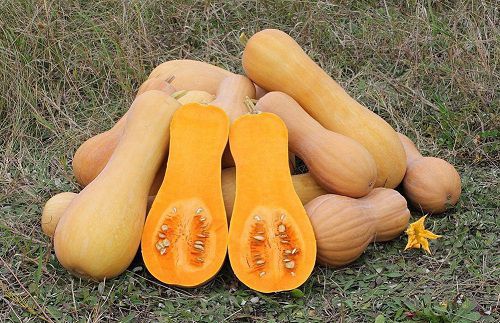 Probably you are right. Just on the package with seeds, it always says "pumpkin" and the name of the variety.

have so many Amish around me, its waste of my time to grow any. I just bought 4 pumpkins for decoration purposes for $4.00.

Love butternut squash, so much can do with it. cooking, pies, soups. wonderful.
V

Around here, pie pumpkins are around $4/each. I bought two and made pie. My wife who doesn't really like pumpkin pie and isn't the most discerning taste buds (usually she could care less if it's fresh or canned and claims to not notice a difference) absolutely loved it. She claims this is much better than the normal canned pumpkin. Even though canned everything else she claims no difference. So pie pumpkin is on the list for next year!
Ad

most pumpkins are not good for pies. so I use butternut squash or sweet potato for pies. that is my opinion.
You must log in or register to reply here.