What is your oldest plant, not a tree or shrub.

I recently went back to my home state of Michigan. While I was there I visited the house I grew up in. I was amazed to see that a chive plant that we planted in the 1960s was still there. My father, brothers and I planted it because we loved chives on our baked potatoes. The plant started out as a school project in a Dixie cup for my youngest brother. To the best of my memory it was planted in 1964 - the spring after the Kennedy assignation. Today it is approximately 2 feet in diameter and the owner says she has never touched it except to cut it for meals.
Ad

Difficult to remember.
Over the years we've changed the look of our garden now and again, by buying new plants and either giving away some which have gone out of favour. Then of course the occasional favourite which dies.

It's the little acer palmatum nearest the Japanese lantern.

There was also the "dwarf" conifer nearest the waterfall. 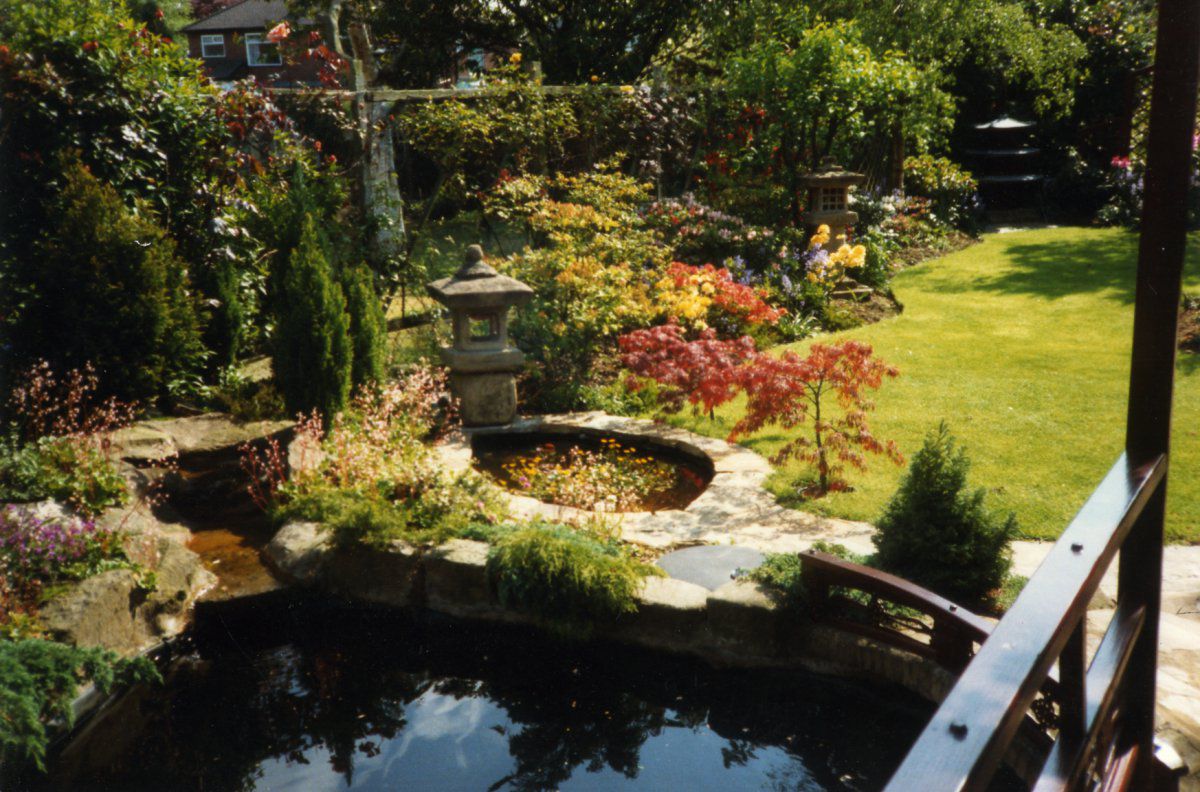 Thirty-four years on, we still have the acer. Though I give it a "haircut" every year to stop it spreading over the lawn. It still must be nearly twelve feet across. 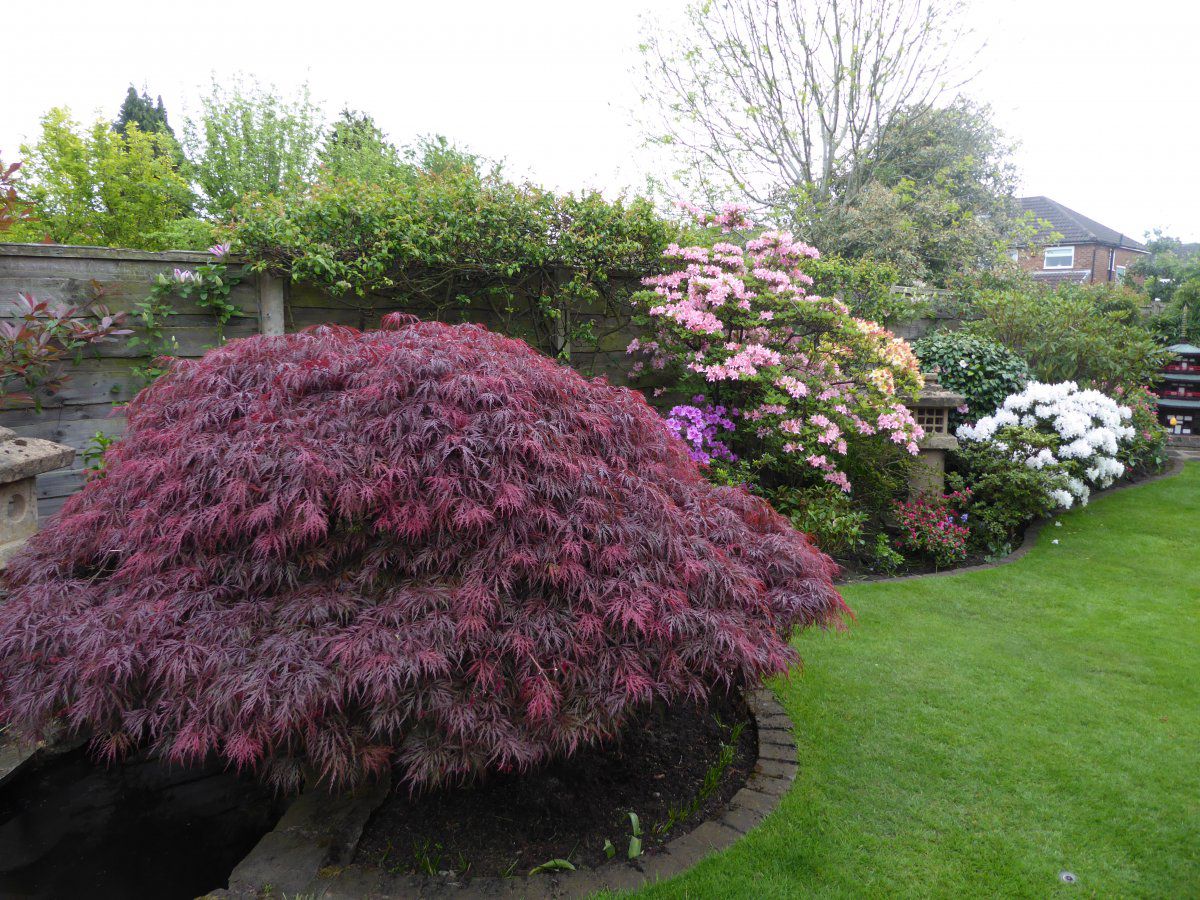 The conifer got moved to the top of the rockery. I put bands of string garden wire around it several times over the years to stop it spreading. But obviously, it carried on growing.

This is it two years ago. But in the last couple of years it started to spread out above the bands and the height was escalating. 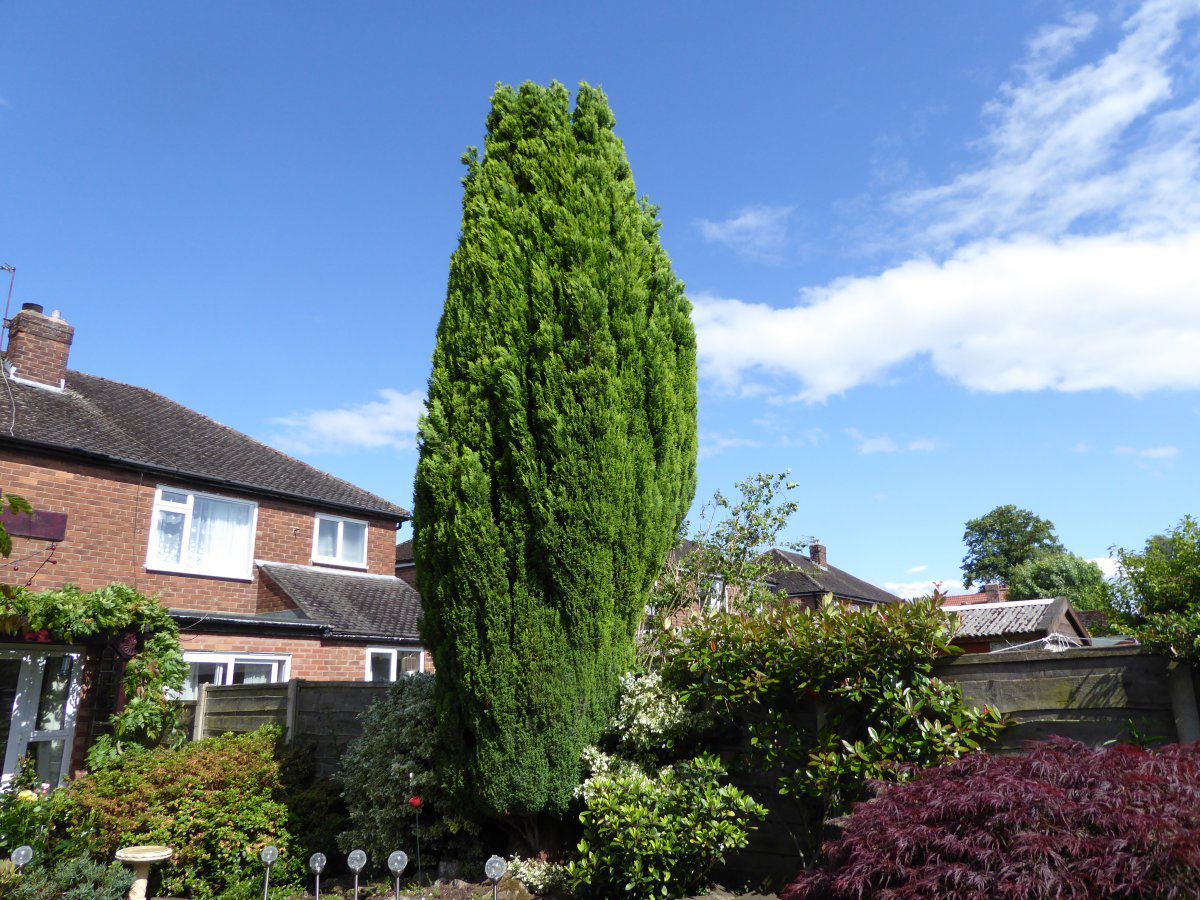 So we had it taken down. 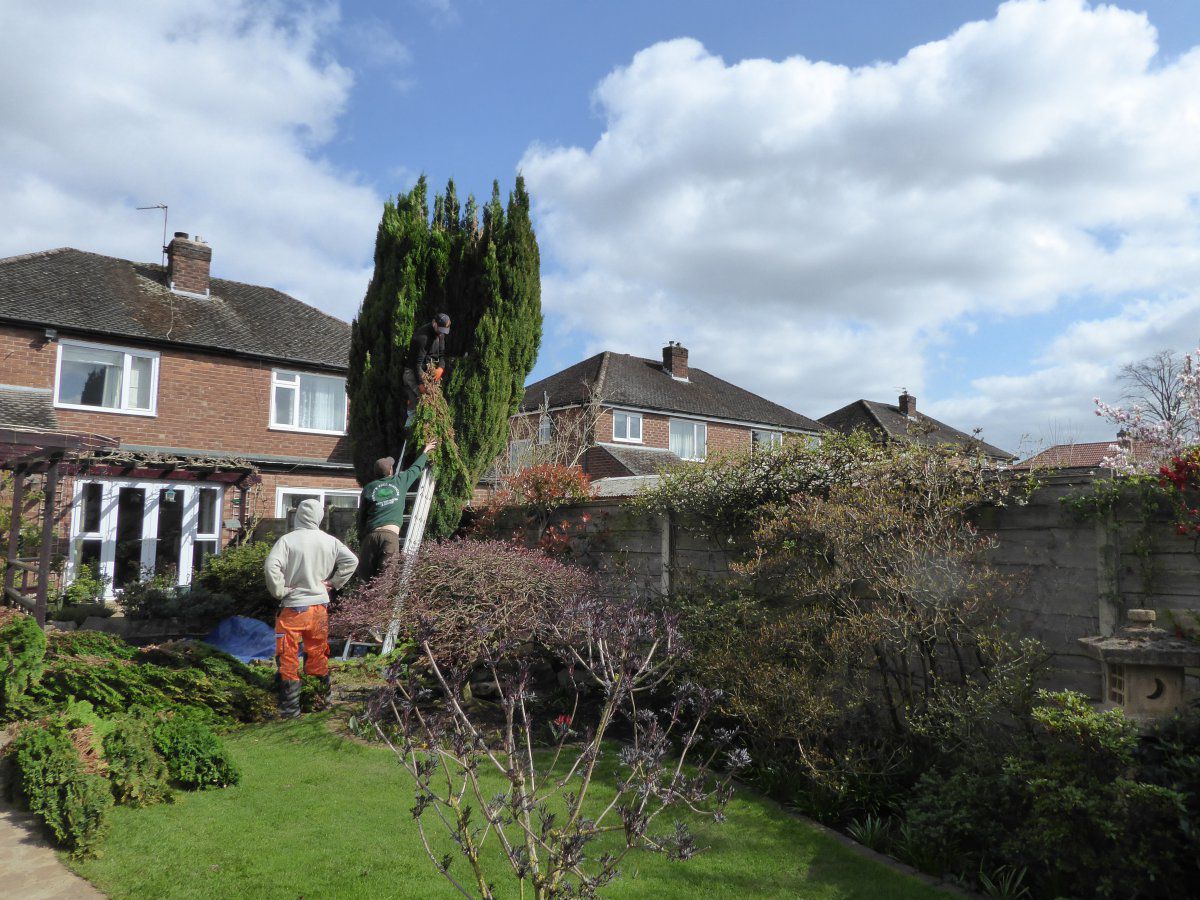 To the level it is now. It's still has its attactive stump and is producing new growth, I'm training this euonymus over the top. 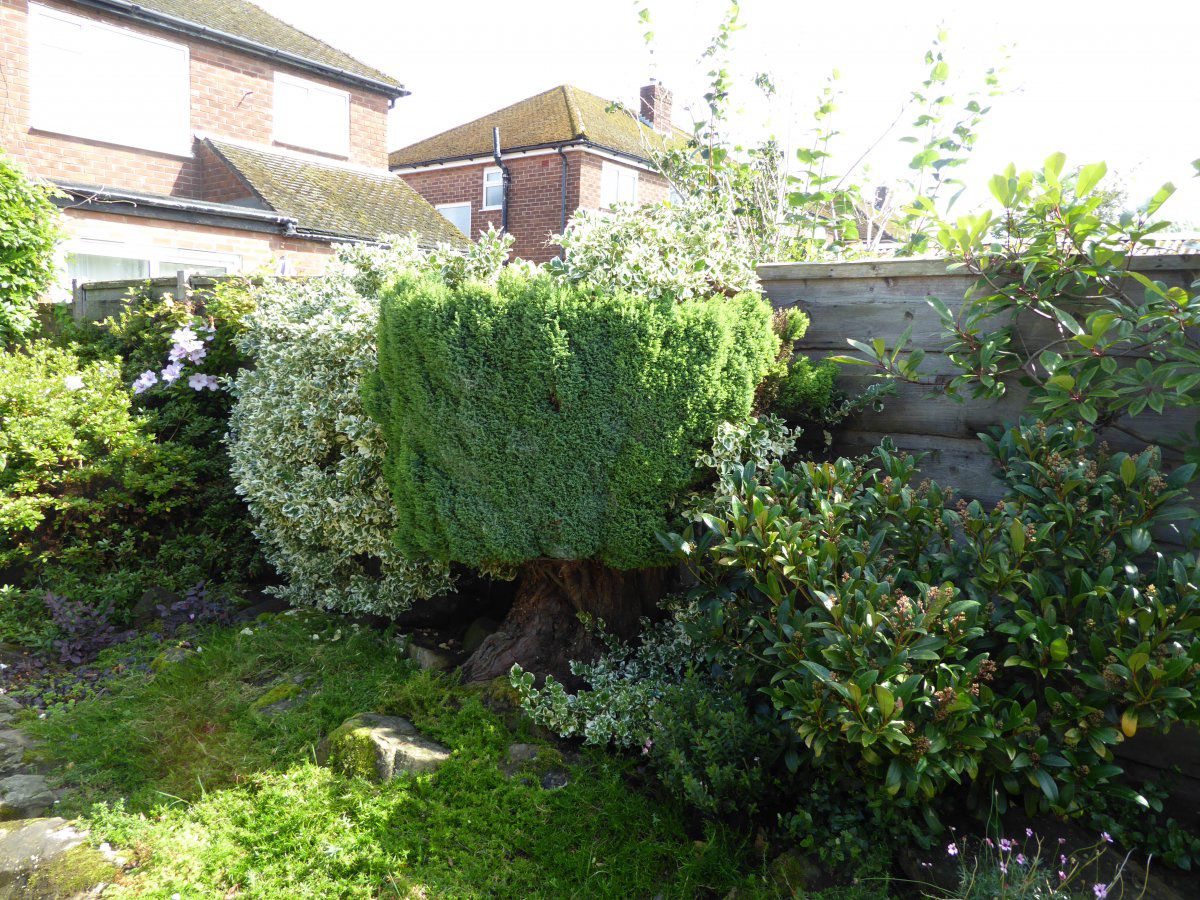 But thinking back, the oldest plant we have is from the mid seventies. My wife bought a little azalea in a 4" pot for 99p in the "reduced to clear box" on a gardening stall in Altrincham market. she brought it home in a carier bag on the bus, with the rest of her shopping but managed to break the stem. However we put some Sellotape round it and planted it out in the front garden. Over the years I've layered it several times and even transplanted two layered pieces to the back garden. It's more a "hedge" now, I keep it under control with garden shears.