What is this transparent sac around my plant's root?

I don't know for sure what this plant is cuz it is so old, but I think it's a philodendron. It was in wet dirt (overwatering, bad drainage) for a long time and I am trying to save it. I took it out of the wet dirt and cleaned it off and put it in clean dirt for probably 2 months. It has not seemed to do anything. It hasn't died and it hasn't grown any new sprouts. So now I have taken it out of the dirt and put it in water for maybe 3 weeks. Again it isn't doing anything, no new roots, nothing growing on the old root -- except this strange transparent sac forming around the main root. Any idea what it is? 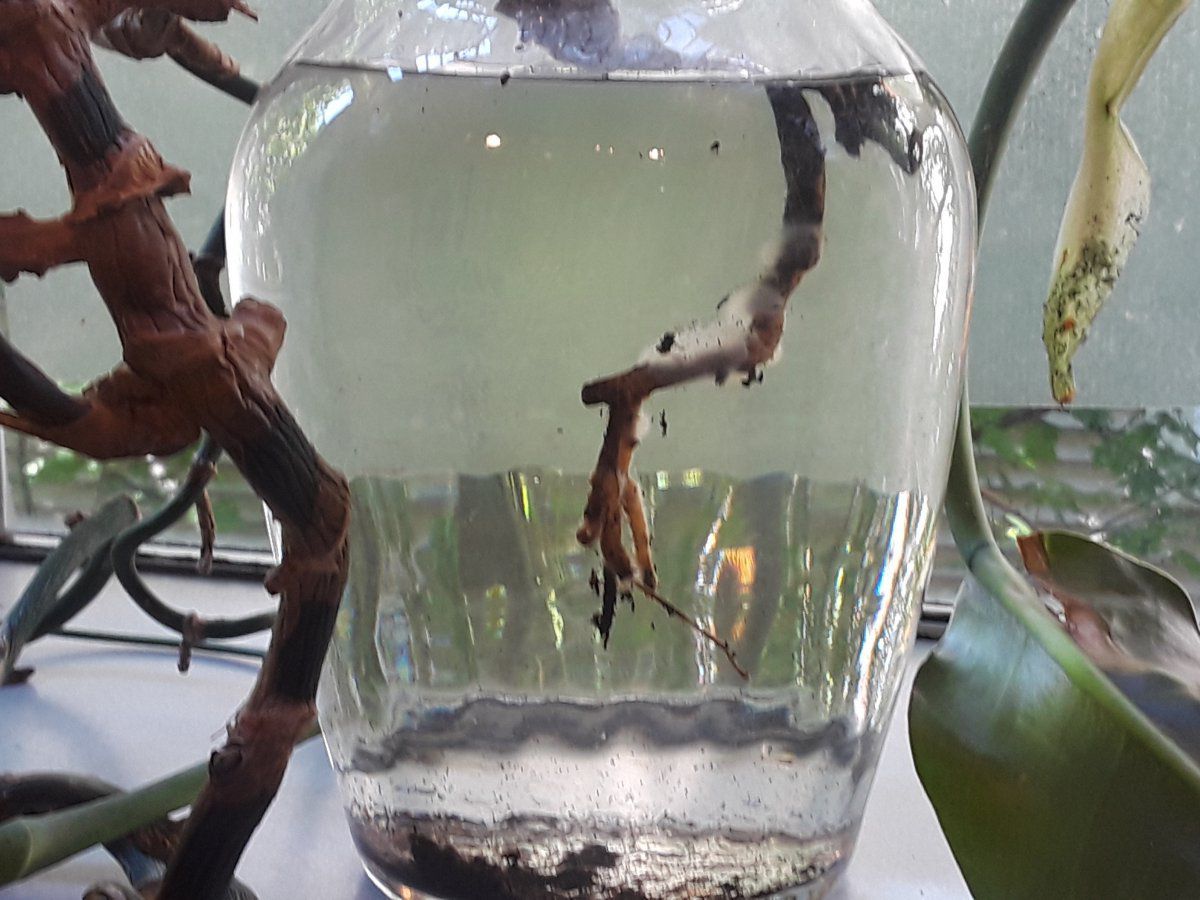 Greetings, welcome to the Forums

These organisms are often just described as 'white slime' or 'white aquarium fungus', and they are usually considered to be harmless saprophytes surviving on dead or dying organic matter.

It is possible that most of these white translucent films are not in the Kingdom Fungi, but a type of Water Mold (Oomycota) in the Kingdom Heterokonta, known as Cotton Molds (Saprolegnia and relatives).
Of course, there is likely be a diverse array of different white aquatic films, and perhaps some of them are pathogenic.
All the same, don't worry unnecessarily, unless you actually see the plant roots decomposing.
If the film becomes particularly thick or unsightly you may be able to wipe some of it off with a towel or brush.