Anyone got any tips on growing watermelon? I'm in the north so probably not the best environment. Been trying to grow a watermelon for over a month now and no vines. Also I think something might be eating the leaves. just put down some osmocote to see if that helps

Hello @Blange89 and welcome to the forums Here in the UK it`s difficult to grow watermelons because they need such a long growing season, so until someone on the forum from your area comes to your aid, I thought I would post this video I found for you to have a look at, and hope it might be helpful to you.

Sorry to blow up your idea but I gave up on watermelon. They're too long of a season plant for over here near Lake Michigan.

Last year I got a few melons out but it was late September.

If you really want some look to the small icebox type melons. Start them indoors well before last frost, baby them, and plant them out safely after the last frost date.

Watermelons are thought to have originated in the Kalahari Desert. This is a latitude of 25 degrees South. Michigan is about 45N. So It made me wonder, since they were grown historically in latitudes similiar to yours. I stole most of what is below, but wanted to understand the context of your issue. It did not show up at first as I started by looking up latitudes the plant thrived in historically. This climate zone picture was enlightening. It was actually on a michigan related link: https://michigan-weather-center.org/climate-zones 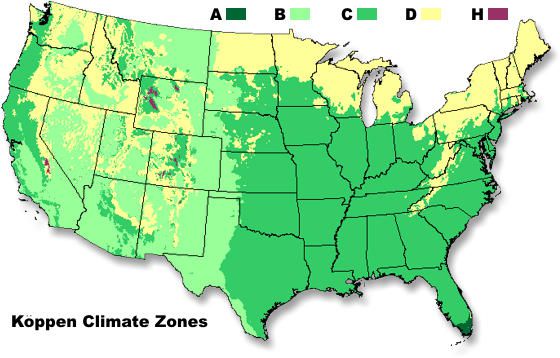 You are in a cool summer D climate in Michigan. This is the main problem, the plant chemistry needs the energy of the heat. In short it is stalled out.

D – Moist Continental Mid-latitude Climates
Moist continental mid-latitude climates have warm to cool summers and cold winters. The location of these climates is poleward of the “C” climates. The average temperature of the warmest month is greater than 50°F (10°C), while the coldest month is less than -22°F (-30°C). Winters are severe with snowstorms, strong winds, and bitter cold from Continental Polar or Arctic air masses.

In 1850, explorer David Livingston found them growing wild in this area in southern
Africa. The Kalahari Desert covers 70% of Botswana, and parts of Zimbabwe, Namibia, and South Africa. The first recorded watermelon harvest occurred nearly 5,000 years ago in Egypt and was depicted in Egyptian hieroglyphics on the walls of their ancient buildings.

There is a funny story about a Roman leader and a water-
melon. A watermelon was once thrown at Roman Governor Demosthenes during a political debate. Placing the watermelon upon his head, he thanked the thrower for providing him with a helmet to wear as he
fought Philip of Macedonia. (Rome's latitude is 42N.) Maybe they imported them from their south, I do not know.

Watermelon thrive in U.S. Department of Agriculture plant hardiness zones 3 through 11. This range includes most of the United States, but heat, the growing season length and planting conditions are also important for success with growing watermelons. If planting watermelons in cooler climates, start the seeds indoors and select a smaller variety with a shorter growing season, suggests Harvest to Table.

Watermelons have a long growing season, from planting to harvest, and during this time, they should not experience a frost, which could kill the plant. Short-season varieties are available if you do not have warm temperatures long enough to produce a fully sweet melon. Short-seasoned varieties may also be started early in the spring for areas with exceptionally hot summers, because temperatures above 90 degrees Fahrenheit will cause flowers to fall from the plant, preventing fruit from setting.

The conditions for growing watermelons include well-drained soil with a light, loamy texture and plenty of sun and water. As 95 percent of a watermelon's weight is water, you need to water the plants with 1 to 2 inches of water each week while the vines and flowers are growing and at fruit set. Reducing watering as the fruit grows helps to concentrate the sugars in the fruit, making it taste sweeter, notes The Old Farmer's Almanac. Wait until the watermelon produces a dull thumping sound when tapped with a finger, the bottom has turned a creamy yellow color and the vine has dried and withered. These are indications that the watermelon has reached its peak ripeness and it will not ripen further, on or off the vine.
Last edited: Jun 20, 2021
M

Number of hot days is the key here.

23 to 25 deg S is equal to 23 to 25 deg north. In the US 25 deg N is Miami Fl and the south tip of Texas.
42 deg Rome Italy is about Chicago IL and about the California / Oregon state line.
45 deg north is just north of Traverse City MI - right at the tip of Old Mission Peninsula.

As the melons were just getting to ripe the nights were nearing frost and we were working to get into the 70s as a daytime high last season.

This year we had a late frost that really hurt fruit trees, then we got HOT and dry. Today the weather pattern really changed. We got about 4 inches of rain in 36 hours and barely got above 70 F this afternoon.

But pumpkins, butternut, and other winter squash do well with the long season requirement. Here the cooler temps don't hinder flavor development. And, more importantly, you don't want to eat it as a cool treat on a hot afternoon but as a hot side dish at dinner.

This year I have 6 butternut squashes going and 4 hubbard squash instead of my typical cheese wheel style pumpkin.
Ad

What an interesting read this thread has turned into

Tetters said:
What an interesting read this thread has turned into

What? That I found Dr. Livingstone, I presume?
M

@DirtMechanic - I'm impressed you pulled in Demosthenes somehow. I only know that name from the History of Rome podcast and the novel Ender's Game by Orsen Scott Card.

Mr_Yan said:
@DirtMechanic - I'm impressed you pulled in Demosthenes somehow. I only know that name from the History of Rome podcast and the novel Ender's Game by Orsen Scott Card.
Click to expand...

HaHa! My shop is cluttered with unique tools from my mechanical forays. They too are really just artifacts from the activity of just another mad scientist I suspect.
B

I'm in the mid-Michigan area so I'll offer my very limited experience up for a reference. My first attempts at watermelons last year failed with dead vines before any fruit even set. This year I'm growing the sugar bush variety up a trellis and it's going considerably better so far, the vines are still be outpaced considerably by my cantaloupes. I just noticed my first baby watermelons, I'm really hoping I can get a few decent melons although some of the insight in this thread has me doubting how successful I'll be. 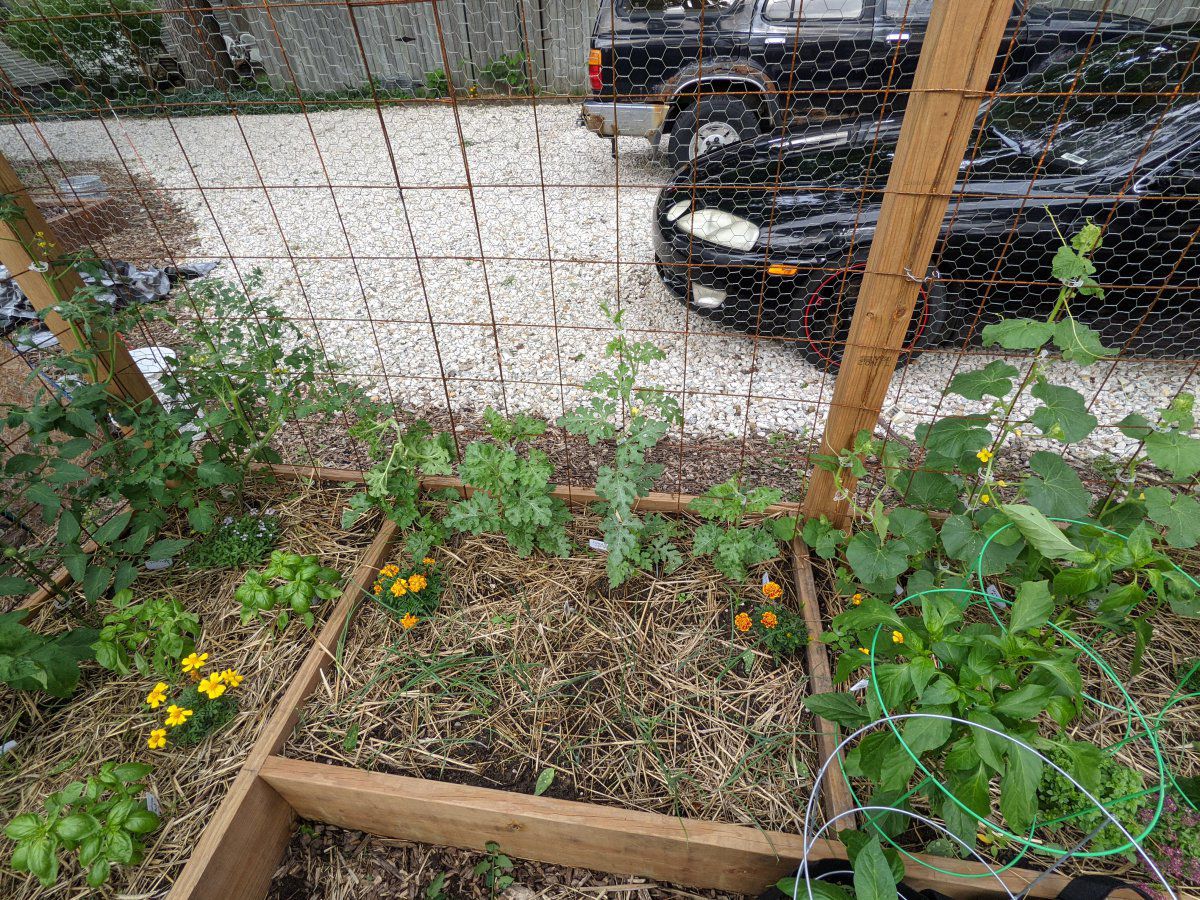 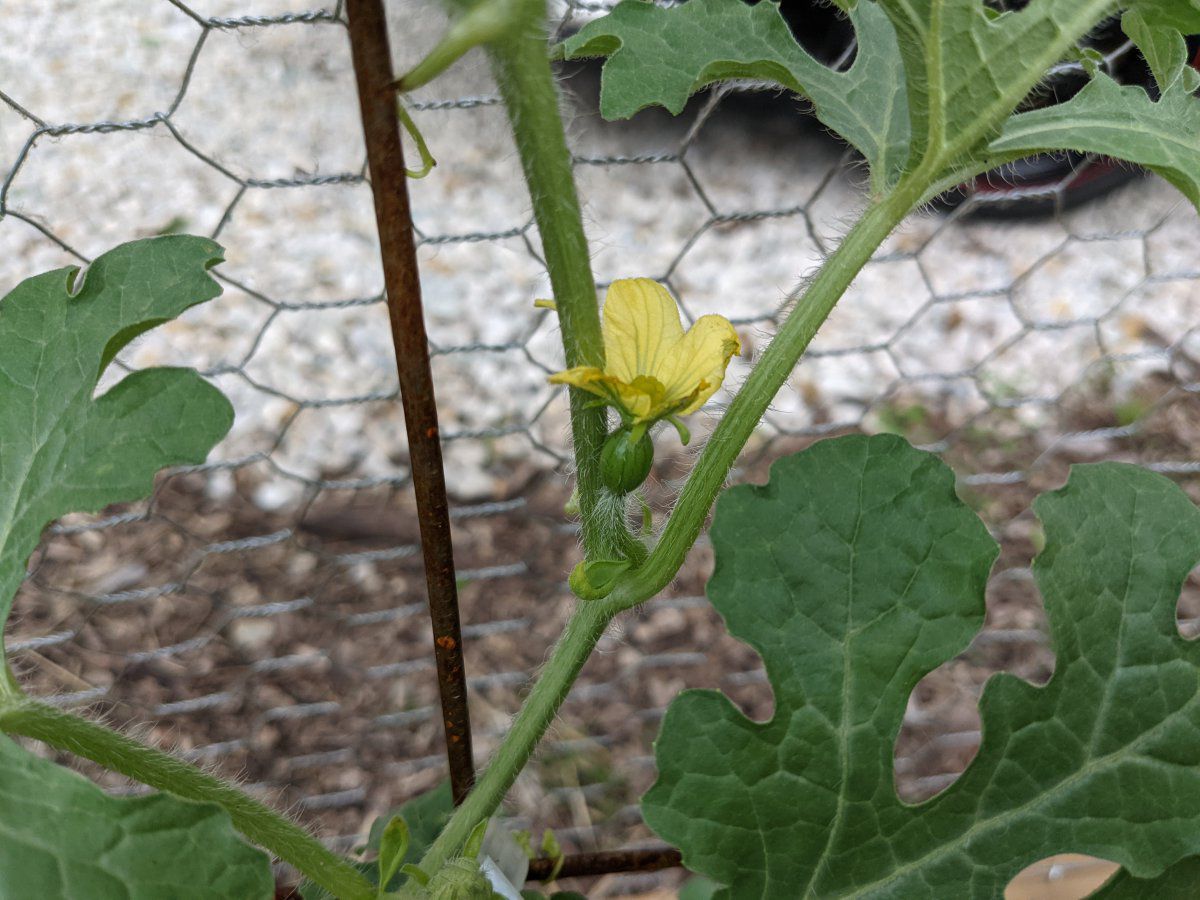 Given some solar interaction and with so few plants, I wonder about using black materials around root areas to absorb heat and reflective insulators like the shiny bubble wrap on the north side of the plant to block cool winds and enhance the daily sun.
M

Did you see that Grayling hit 26 F overnight and West Branch was about 30 F overnight? It was 45 as I pulled out of the driveway for work this morning.
Ad

Mr_Yan said:
Did you see that Grayling hit 26 F overnight and West Branch was about 30 F overnight? It was 45 as I pulled out of the driveway for work this morning.
Click to expand...

Yeah, it was in the mid 40's where I'm at also. Luckily everything still looks healthy although I'm sure those temps weren't good for some things.