Last spring (2019) this viburnum had an enormous flower bloom, covering the entire upper portion and then some. It was pruned in the fall (2020) but this spring (2020) it showed very little flowering. I assume that the reason for the poor flowering this year was the timing of the pruning. Can someone advise if they agree with the pruning being the cause and when the best time to prune and shape this viburnum would be? THANKS for the help!

We've two viburnums in our front garden. We don't get that many flowers on them now as I'm forever pruning them.
The problem is that we have azaleas and rhodos around them and "in a straight fight" viburnum will beat them both.

These are they, either side of the big acer tree in early May. The one on the left is already pushing into the rhodo to its left and the one on the right to the azalea on its right. 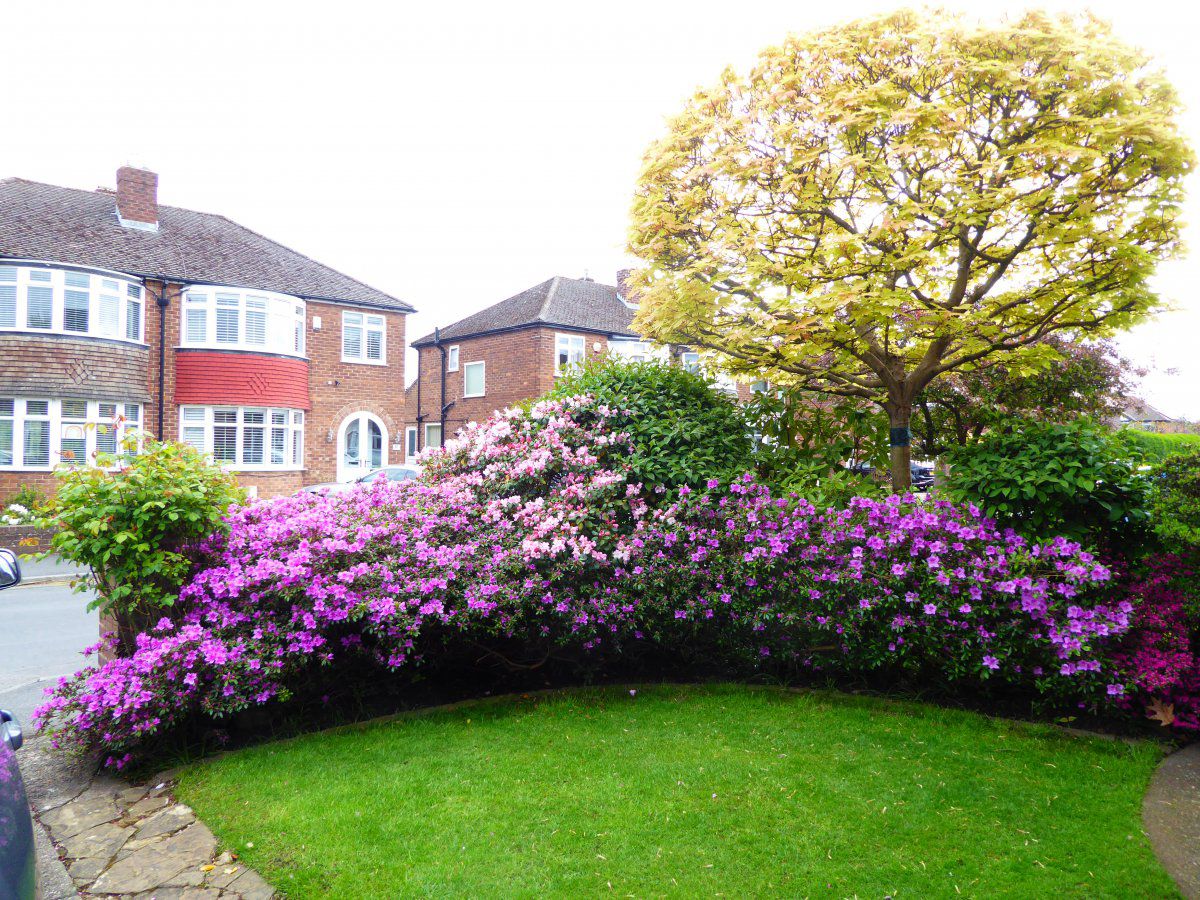 So at the week-end I pruned them both as they'd put on over six inches in height and to each side.

This one was brushing against the leaves of the lowest branch of the acer. 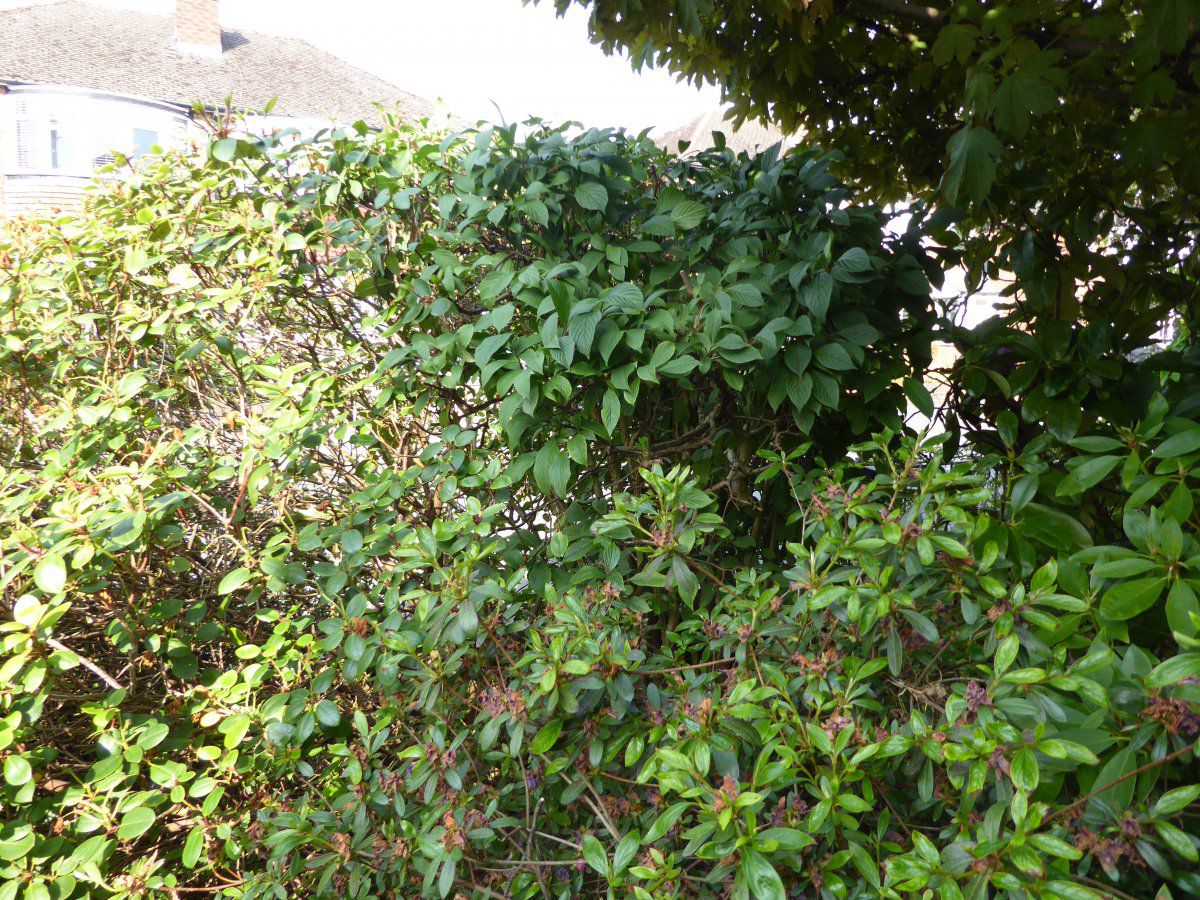 Here, the azalea to the right and the ones in front of it, have some breathing space now. 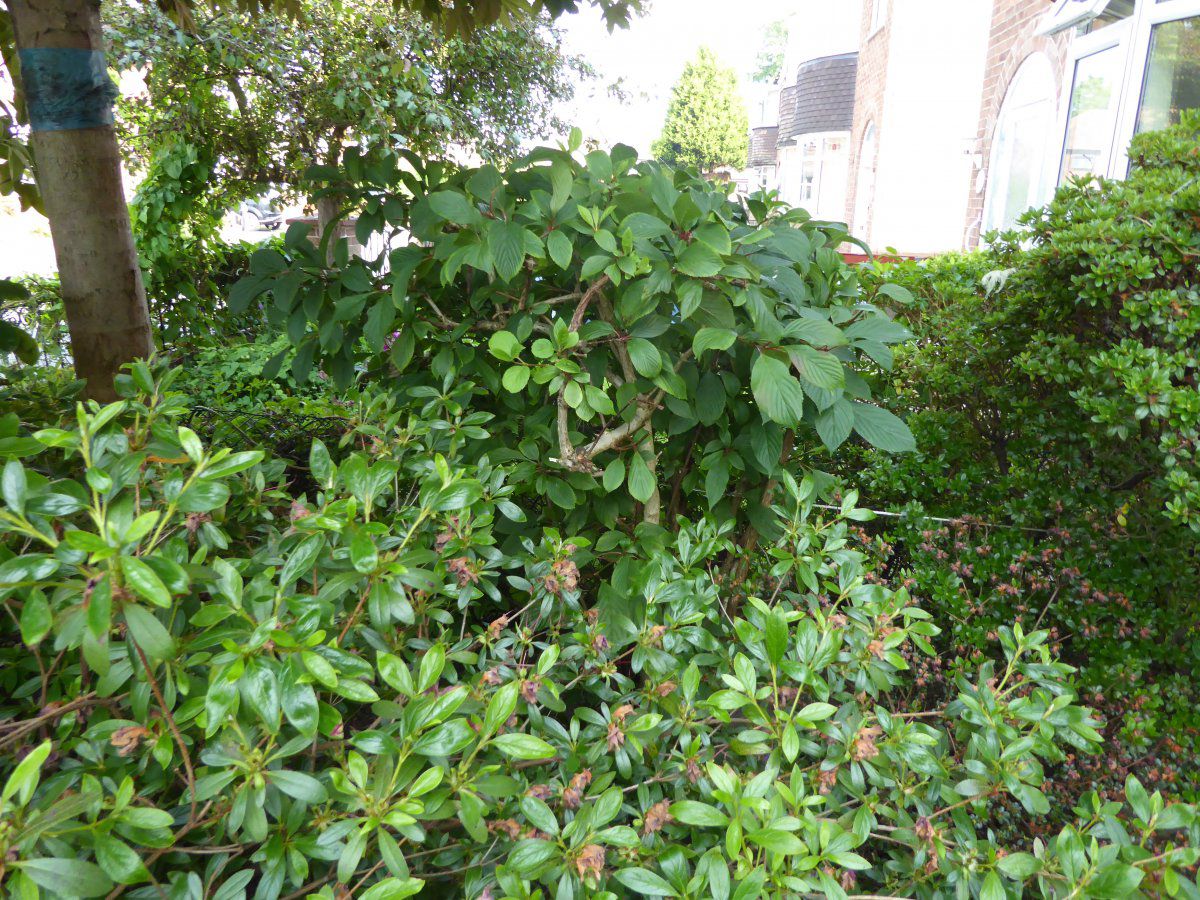 The best time fior pruning is in the winter after they have flowered.
I removed a lot of the very thick branches last winter to give the new ones coming up from the base a chance.
We won't get many flowers this year, I may give them another prune back after any flowers that appear.
I'm not that bothered about them, they do add to the screen from the road for our bay window of our front room.
You must log in or register to reply here.