Trying to identify this sempvervivum

Hello everyone, I am trying to get to the bottom of this succulent. I am told that it is a "Reinhart", but I am not so sure. What has me wondering is the growth of a stem with small growths on it. I have never grown anything like this before. I have found that these are difficult to keep alive. I would greatly apprciate any advise and help with identifing this plant and also growing help. We live in Buckinghamshire if that helps atall.
Many Thanks
Del.

Don't see why it wouldn't be as the label said. The stem with the growths was a flower stalk, Sempervivum are monocarpic, meaning they flower and then the rosette that flowered dies, you generally get small rosettes forming around the one that has died. You are often with a hole in the clump for a year or two.
There are a lot of Sempervivum varieties many of which look very similar. They have been grown in England for centuries often on a roof, they were supposed to keep lightening away and they have a number of common names such as "Houseleek" see here for more https://en.wikipedia.org/wiki/Sempervivum_tectorum
They are originally Alpine plants that have evolved to cope with dry conditions, high UV levels and being covered with snow. They are often found growing in cracks in rocks and sometimes no soil can be seen.
In cultivation they need a gritty well drained soil base compost (50% John Innes 2:50% grit for example). If growing in a pot make sure there are plenty of holes in the base of the pot. They are often grown in shallow clay pots and I would avoid plastic pots. They are popular plants for growing in sinks and other such containers. I grow several varieties on a rockery, others are on/in dry stone walls. I have grown them on a brick in the frog with a couple of drainage holes drilled through and some gritty soil round the roots. These have suffered the attentions of Blackbirds rooting around for insects and throwing the rosettes out. For planting in rockery crevices and dry stone walls I remove most of the compost it came in, especially if peat based, feed the roots into the crevice, gap in wall, then fill this with gritty soil and water in repeat until the crevice/gap is full. Generally they don't need water or feed.

Welcome to the forum @delboy1616 Your houseleek certainly looks like Reinhardt.

The above post from @NigelJ is excellent, and I don`t think I could add anything to it. These plants are nice and easy to grow, and very attractive in the right place - we have quite a few.

Welcome to the forum @delboy1616

Nigel has said it all 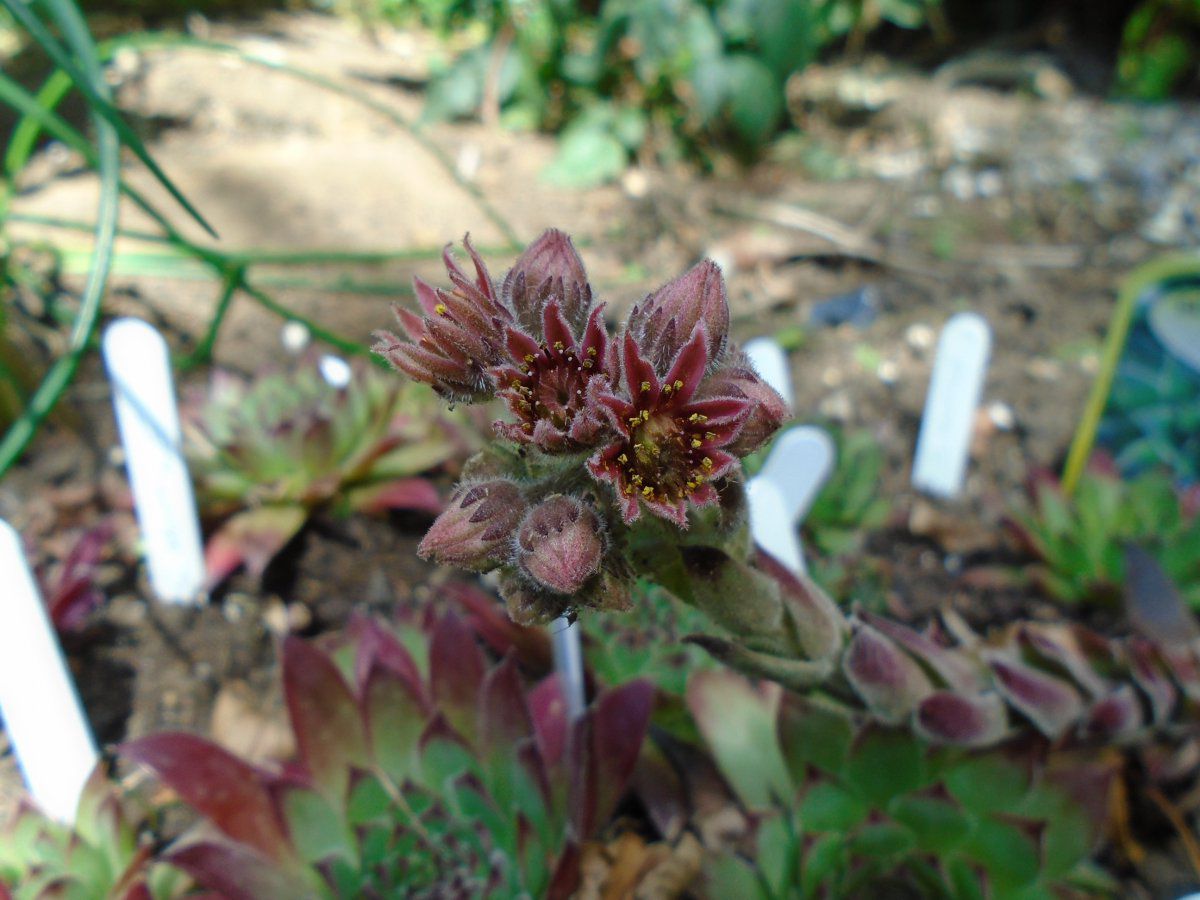 If you get the chance see them in the mountains growing wild and you will be surprised at the harsh conditions you find them in.

The National Collection has over 900 named forms of it so identifying one is not easy.
Ad

Thank you all for your great responses to my query. I certainly am hooked on these plants and will try to keep them as an active collection. I bought a new plant just the other day from a major store. It was swimming in water which is not what it wants/needs. I have resited it into fine gravel bed. Do you think I should thin out the original medium so it doesn't hold to much water.

Certainly would help Delboy, they can put up with living on top of a dry wall quite happily

We had a load of named varieties that were destined to be sold but when lockdown happened we planted them out to fend for themselves to save watering them in pots. 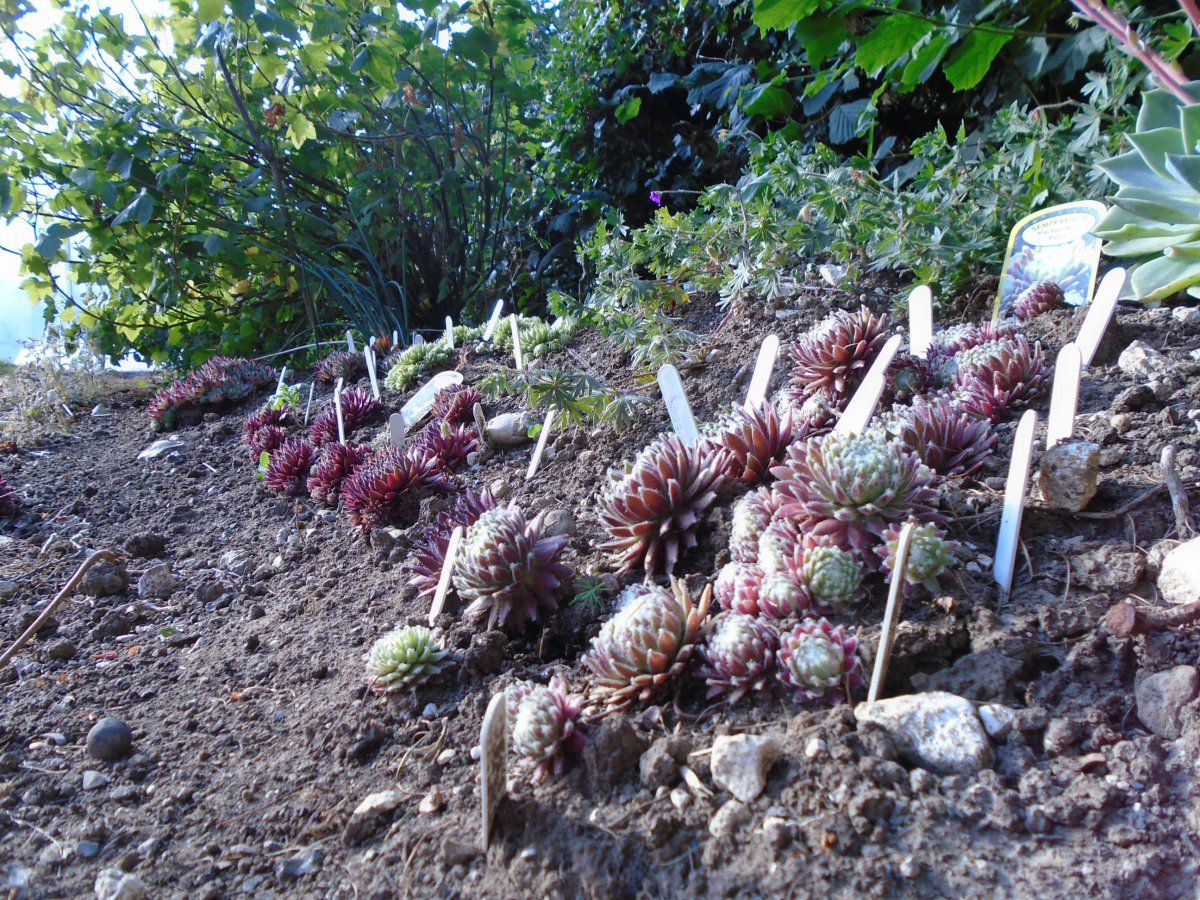 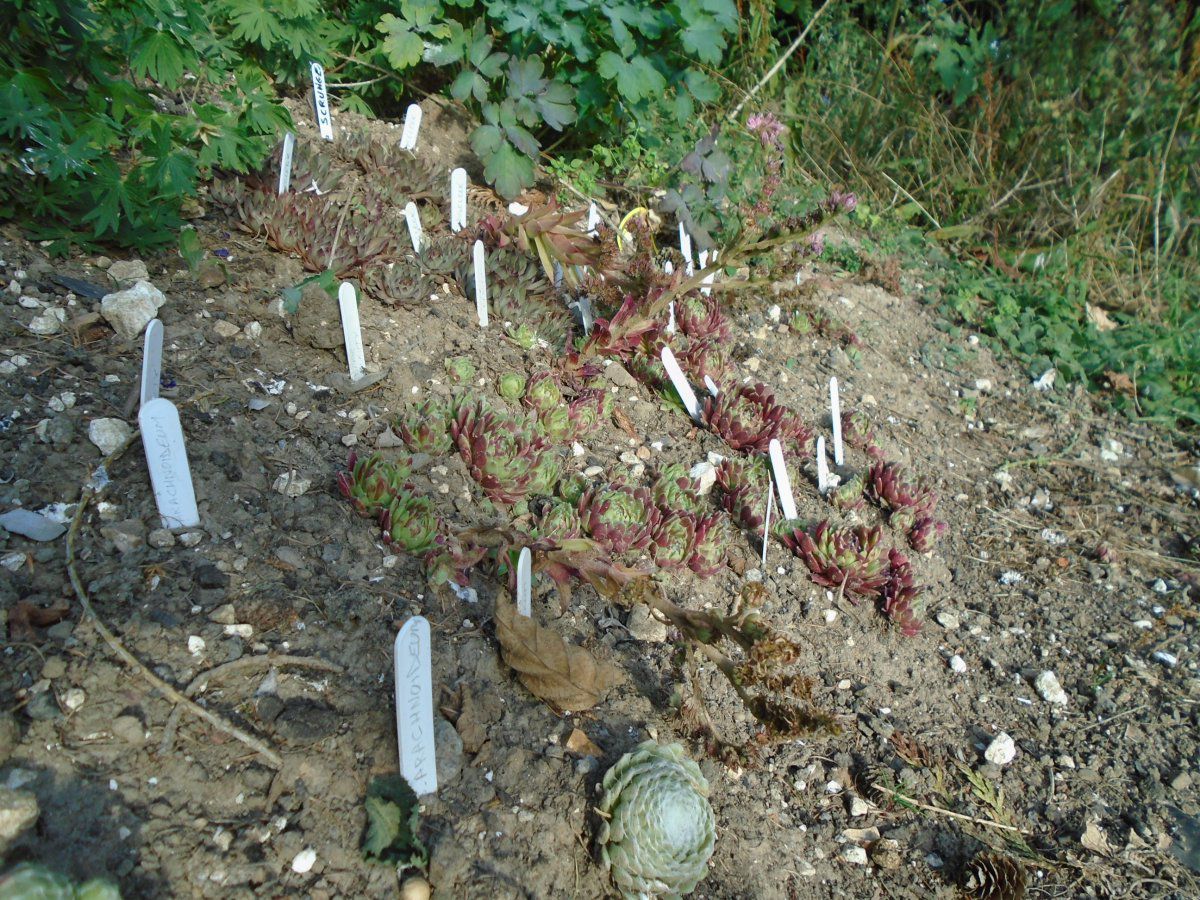 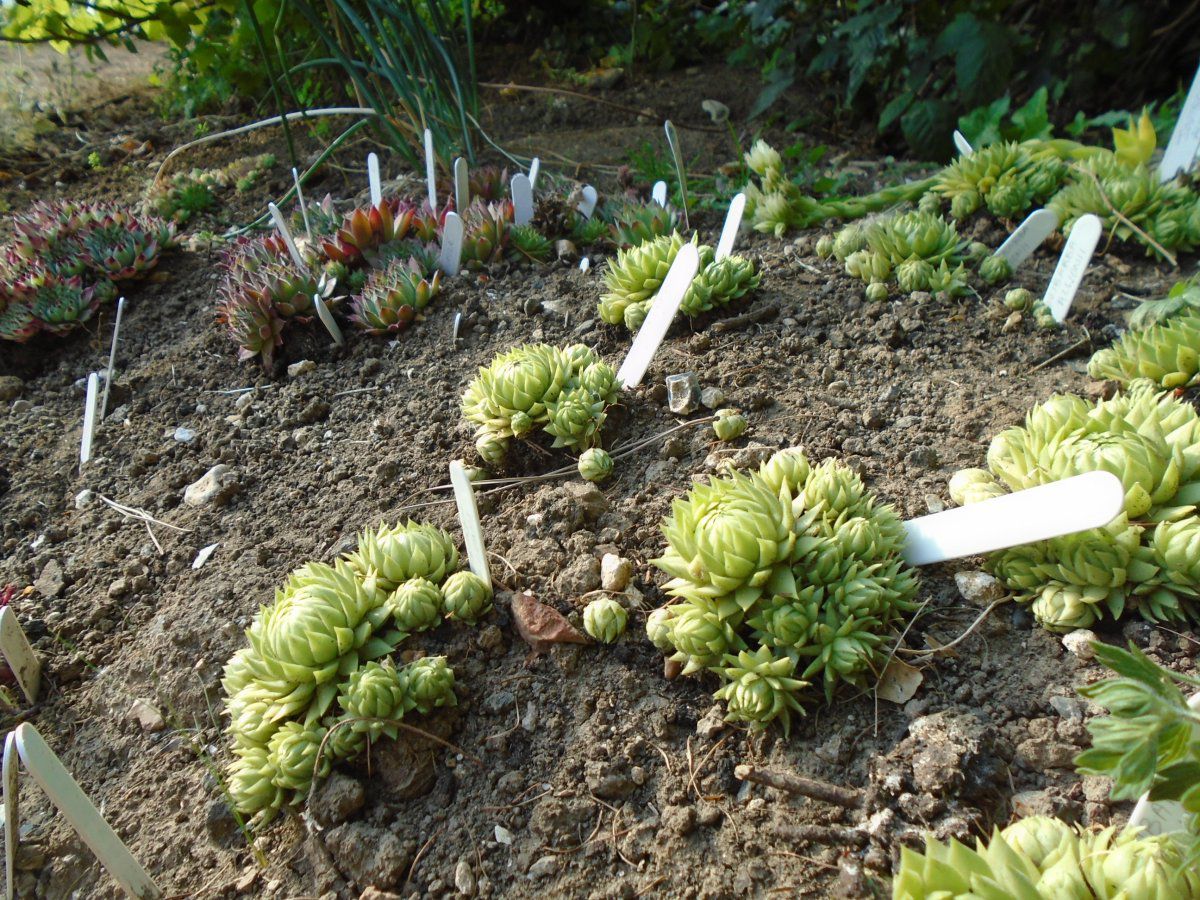 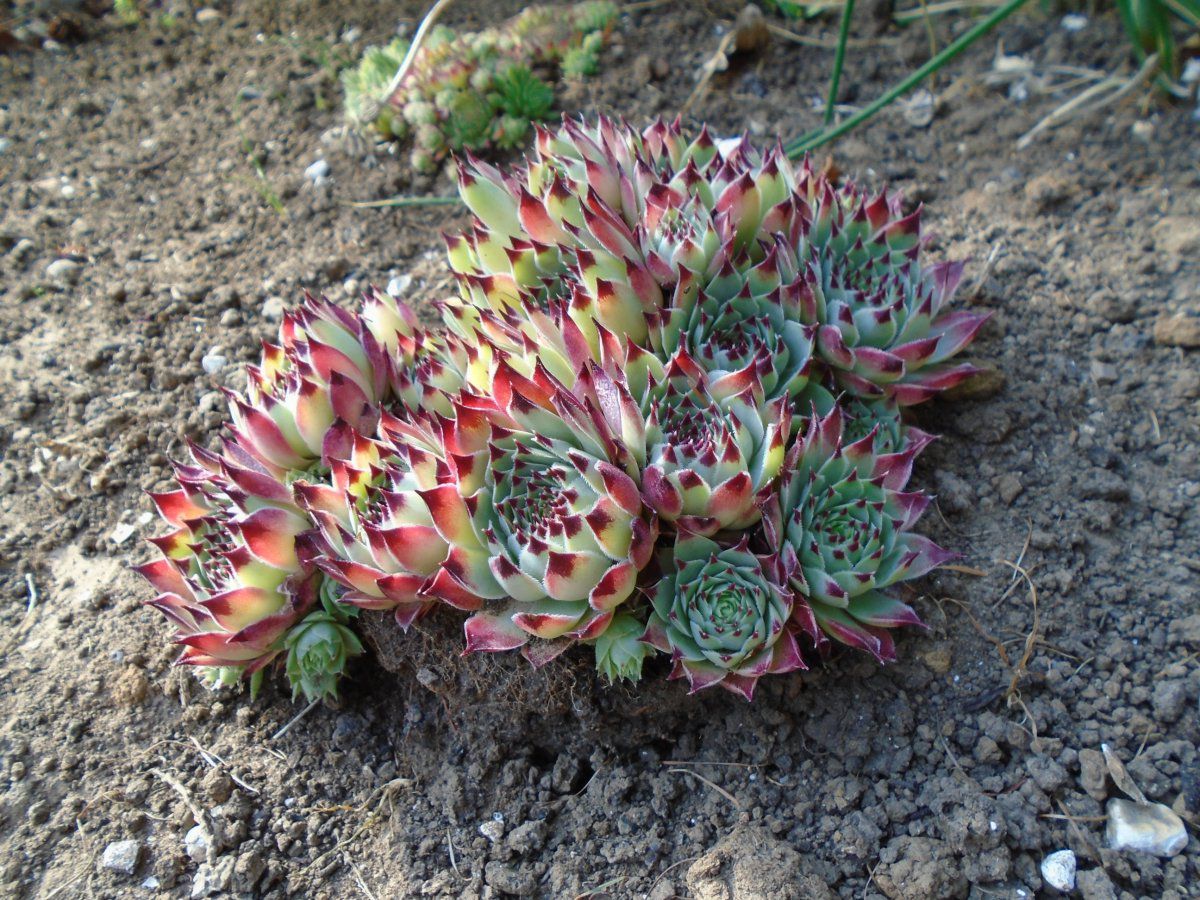 Hi Zigs, that is quite a collection you have there and a long time dedication to get a good brood. Some of mine have appeared to have died back but I suppose they could be in a dormant state. So I will just wait and see what happens.

It is so good to be able to ask and receive good advise from forum members here. THANK YOU all

That`s what the forum is all about

......the rosettes will die after they have flowered, that`s normal, but then new ones will appear on runners. These are very easy to propagate.
Ad

They grow quicker than you might think, only propagated most of ours last year.

Just had another look at your pics, you should have some viable seed in those pods, worth giving it a go
Ad