I’ve currently got some problems with multiple plants in my garden. I’ll start off with the tomatoes. For some reason their leaves are becoming crumpled up and some of them are dying, which is worrying me quite a bit. I think it’s because of all the rain we’ve been getting (about a foot of it this month). The main plants that are having this problem are the Pineapple tomatoes and Cherokee purple tomatoes. Here’s a picture of my worst looking plant, a pineapple tomato: 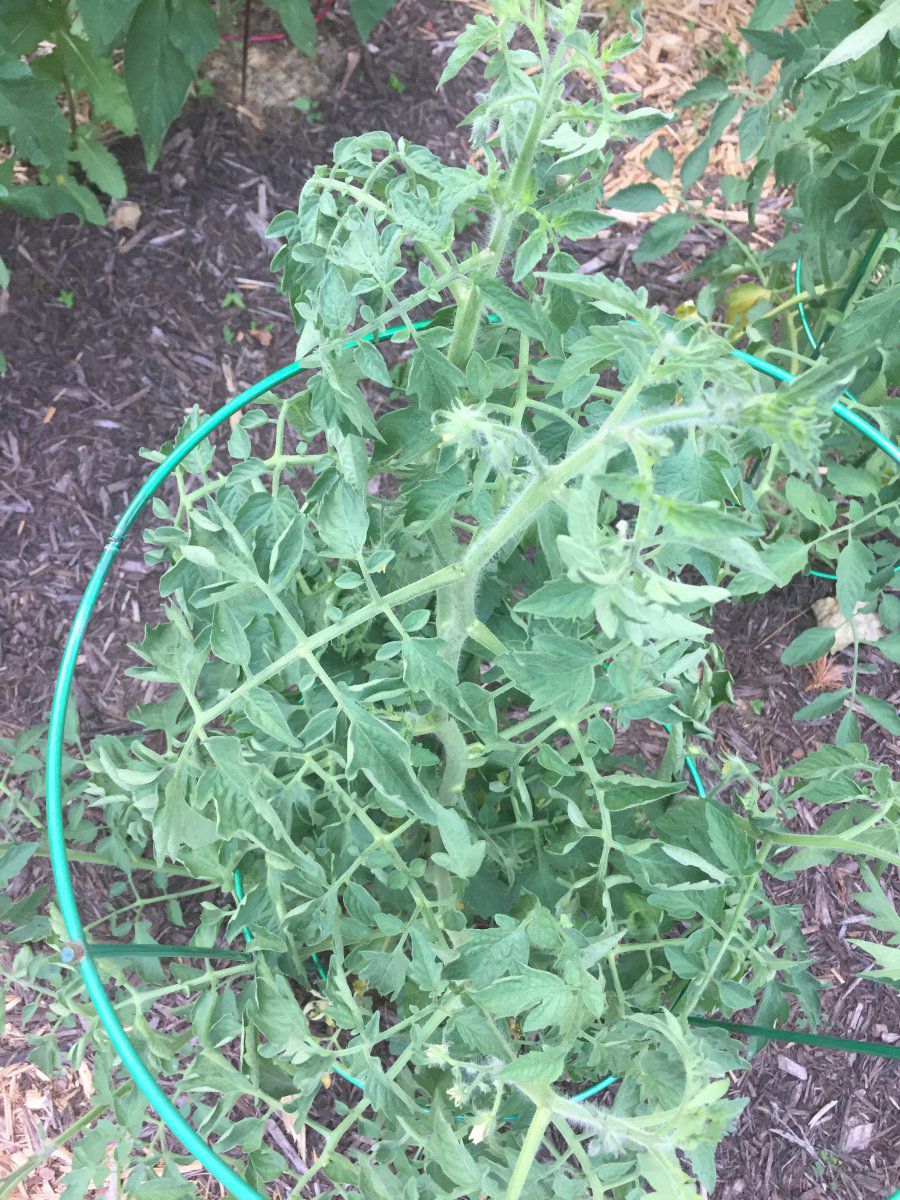 I’m also wondering how long it takes to get pineapple tomatoes growing, as I’ve heard they take a while to produce. In addition, I've got disease problems with my Cherokee purples and Brandywine tomatoes. I’ve been removing branches that have diseases since I think that helps. I would like advice on how to treat the diseases. Here’s a picture of my Brandywine, which has early blight: 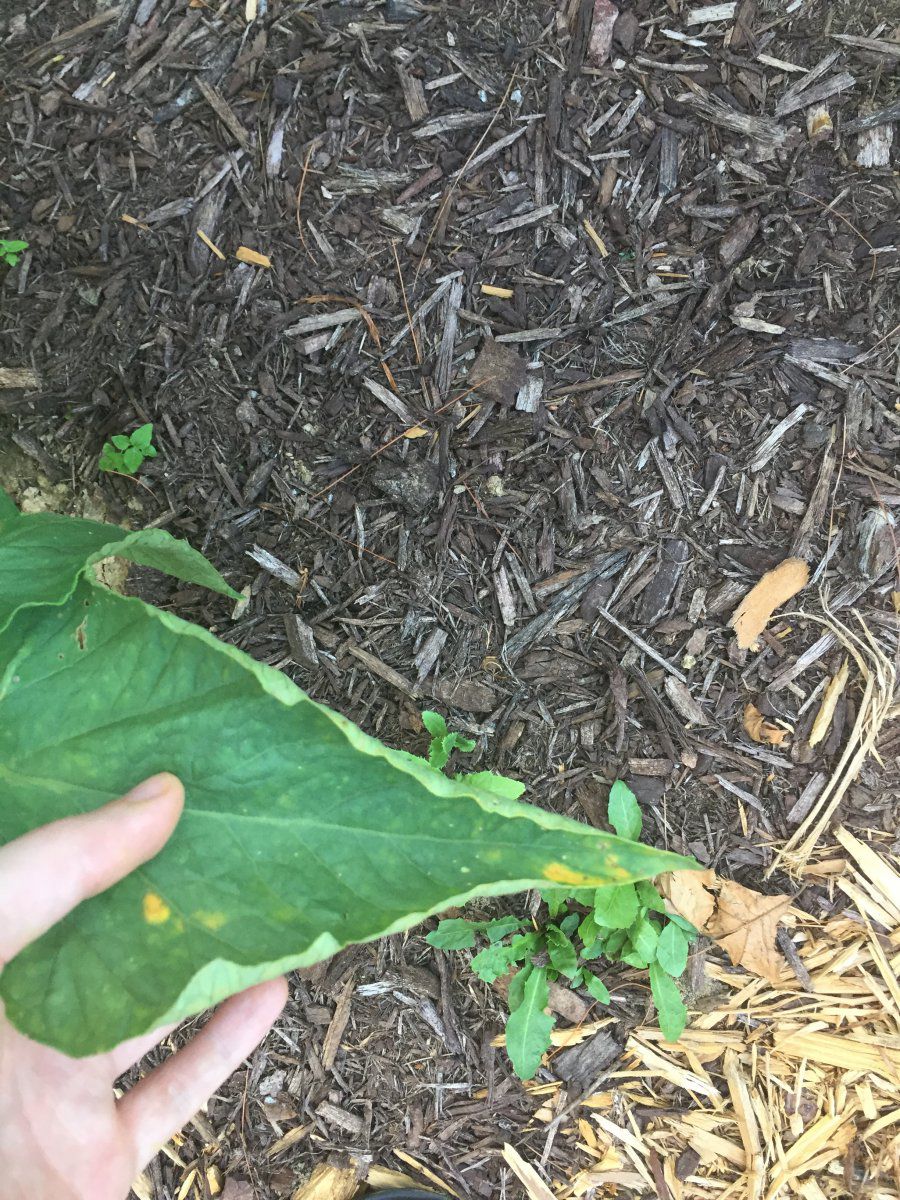 It may not look obvious in the picture, but it definitely blight since I’ve removed leaves that are in much worse shape than that one. The Cherokee purples have another disease that I haven’t seen before, and it’s making their leaves disintegrate without turning yellow: 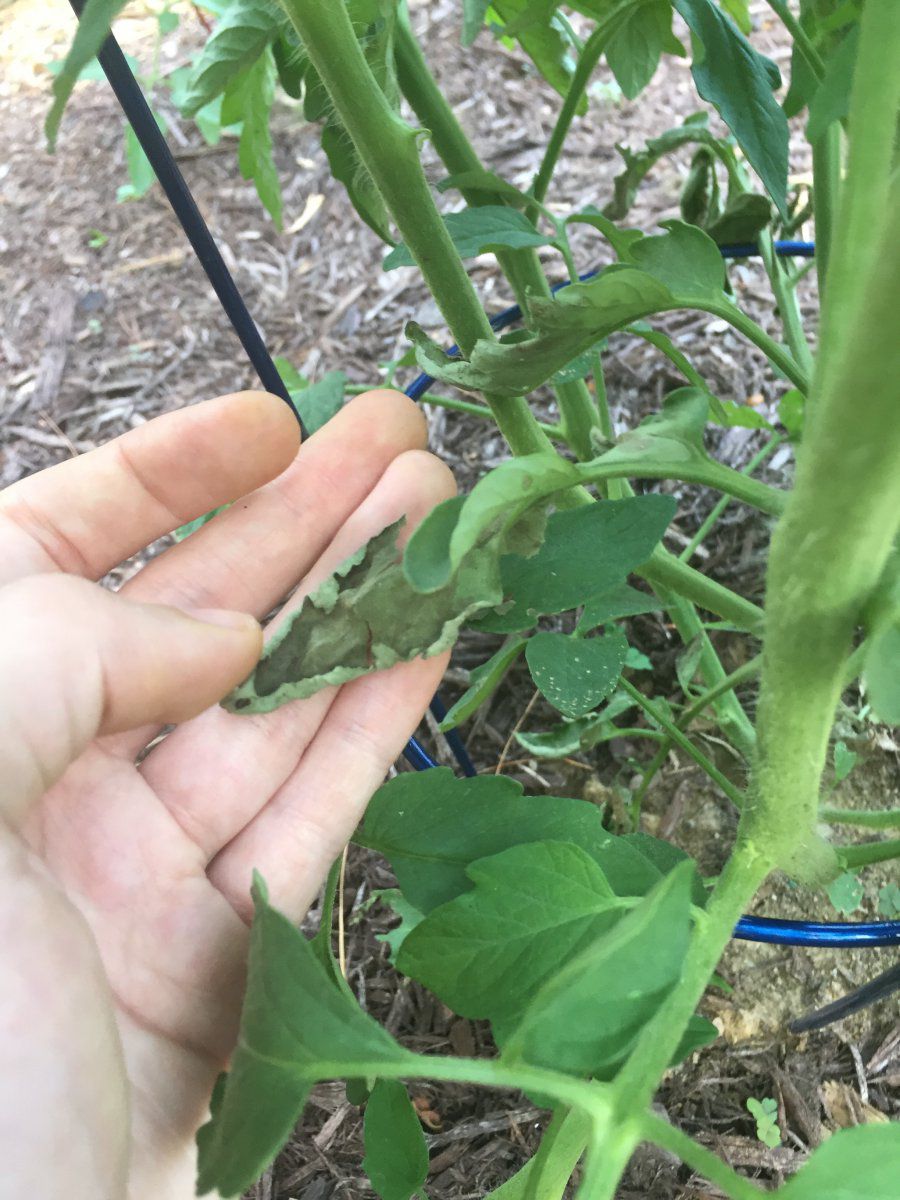 One last question I have about tomatoes is about my mortgage lifter, which was growing well for about 1 week and then nearly died and stopped growing. I’m wondering what caused it to come close to death. My only guess is that the mole that was in my garden messed up it’s roots, although I’m not sure. If someone could diagnose the problem, that would be great, although it is hard to go off this picture: 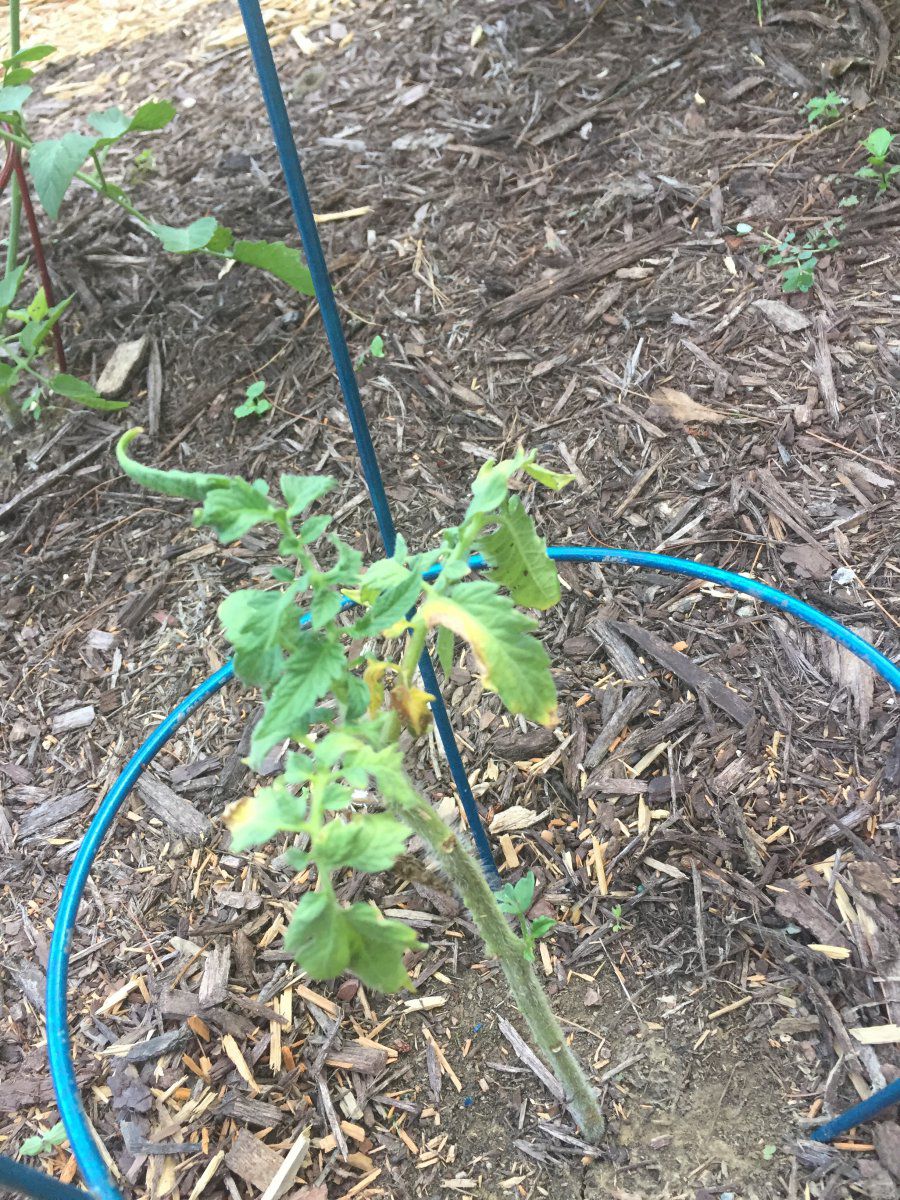 Onto the green beans, I’m having Japanese beetle problems again, although not as bad as in years past. I’ve been spraying them and the plants with neem oil, although I’m worried that isn’t enough. It did get rid of the leaf hoppers though. Here’s a picture of the damage: 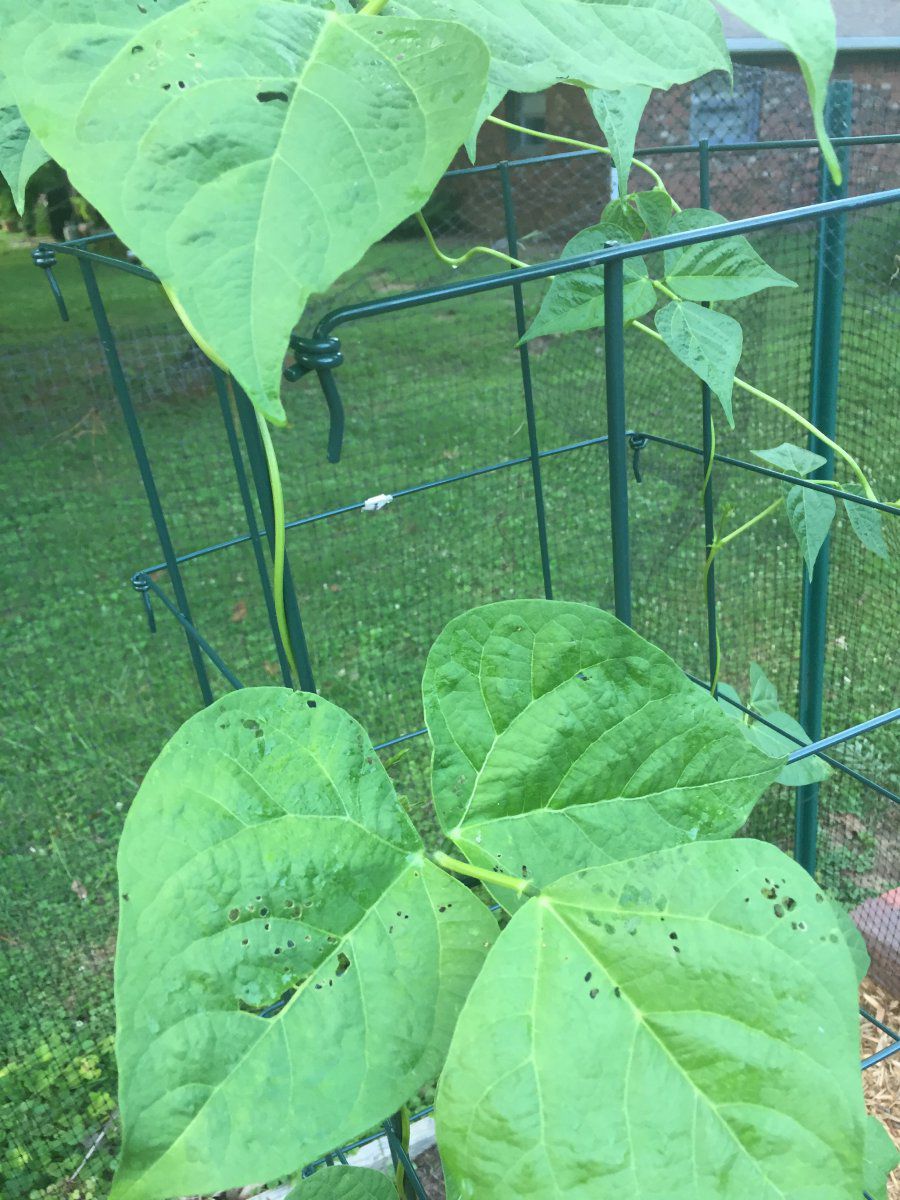 Finally, I’m having problems with flea beetles on my eggplants again. They just seem to love eggplants the most, and won’t leave them alone. I’ve been spraying the eggplants and flea beetles with neem oil as well, and I would like any advice on how else to get rid of them. Here’s a picture: 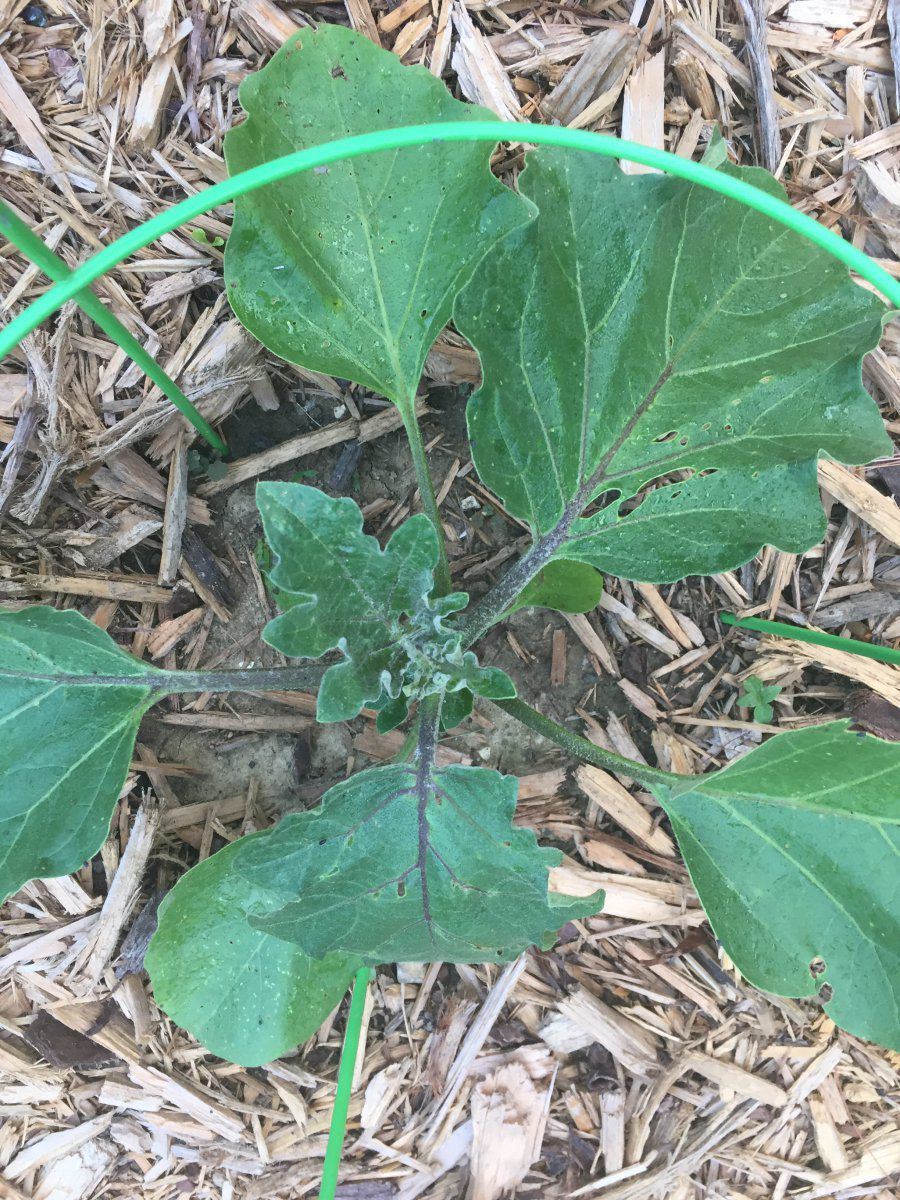 Any advice is appreciated, as I’m getting pretty frustrated with many of these problems that I seem to have every year
Ad

when do you plant your tomatoes? Here in Mobile I try to start them the end of Feb if the long range forecast doesn't predict frost. On average our last frost could be March 10. I know that it is later In Birmingham. If I wait till later March or even April I am pushing my luck with tomatoes, and especially the larger size. My guess is you would want to get yours in the ground about a month later.
Ad

Unfortunately I didn’t get them out until early June, although I started them in pots at the end of April. I try to get them in the ground by early May since the average last frost where I live is about April 14.
Another problem I have when planting in May is flea beatles. They are all over my garden and neem oil doesn’t seem to kill them. Other than weeding more, I don’t know how to stop them