The best way to sharpen tiller blades and golf.

Imagine, if you will, a golf club called a wedge that was actually useful.

I had to arrive at this idea after loaning my tiller to a young employee. "There is a reason they call it a bronco" I told him. "Do you know how to run a tiller?" and "Yessir" was his reply. Well the new tine shield came in to replace the bent one and I noticed a couple of bent tines as well that needed attention. No leaks that I could see so I can say Troy-bilt is employee tough. Some of the blades had rock dings. The young fellows had the idea to grade for an above ground pool, you see?

It turns out there are 2 camps in tiller blade sharpening. The never touch its and the occasional maintanance groups seem equally divided on the internet. And in the sharpening group, there are the "both sides" and "one side" sub groups. I found myself once again in a magical mechanical world without any prior experience and all the teachers argueing amongst themselves. I was in trouble.

My ground engaging equipment knowledge is limited. I do have a stihl auger, and when I replaced the tip it cut amazingly better so I was already in the sharpening camp. But what about that circular motion? I had some idea about a plow but that was just the wrong mechanics. The only thing I had extensive sharpening interaction with was golf wedges and trenchers with the chainsaw type blade. I have never sharpened a tiller blade. When I considered the rounded bottom edge to be the rounded bottom of a wedge, which is chosen by the interaction of the particular soil or other conditions of a golf course, I became a one side sharpener. Particularly the top side or inside as the blade sits on the ground. I use a metal shaping sandpaper flap disk on my 4.5" grinder anyway, so I grabbed it, smoothed the top edge and hit the garden.

Cuts like butter and does not try to dig too deep. It may be the only thing I do right today but it felt good!

Here is a pic of my inspiration. Its a 1927 or so mammoth niblick with a sharp bevel and 0 bounce angle. My FiL gave it to us, as it was his fathers club. They sell for or at least have sold for 1100-1200 bucks. Naturally I took it into the yard for a few swings. It will cut an 18 inch scalp of lawn grass. This was not the edge I needed. But it inspired my tiller sharpening. 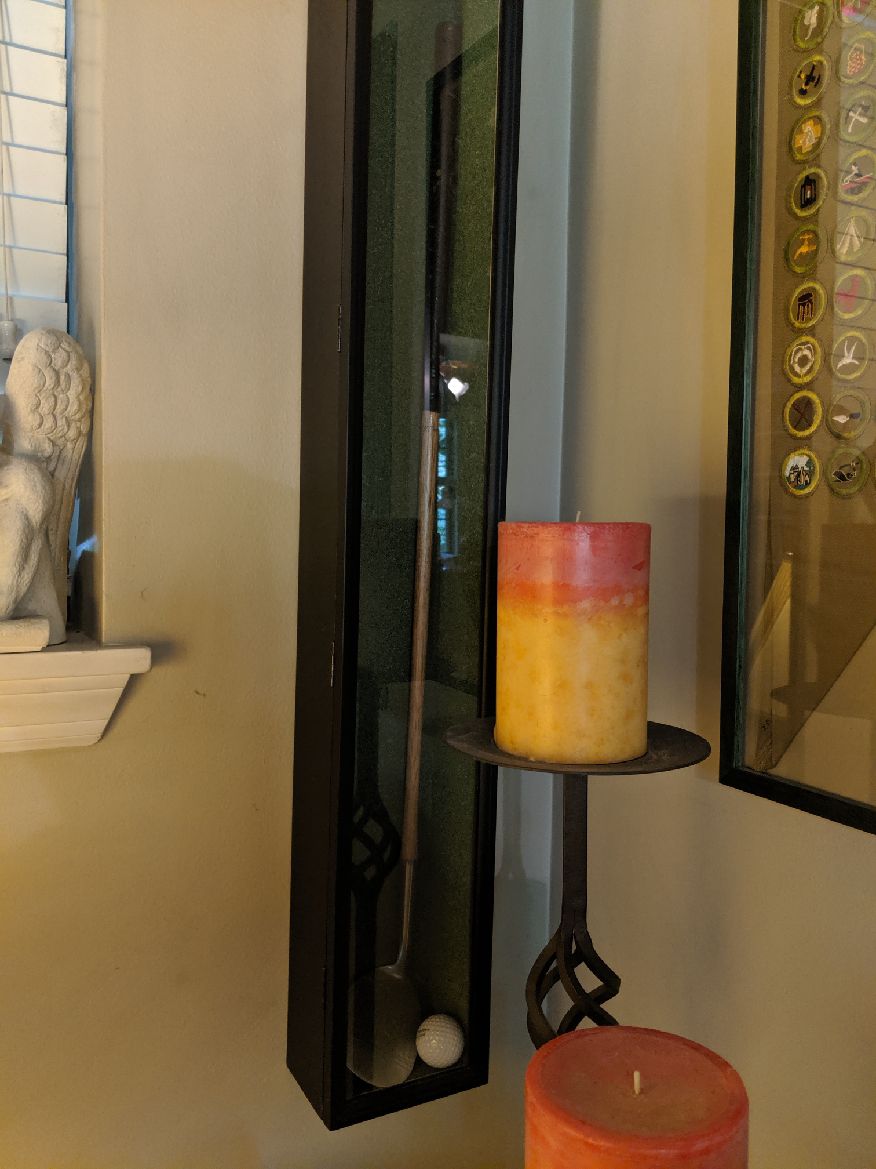 Now back to the fall planting thread!
You must log in or register to reply here.