Strawberry tree (Arbutus unedo): too much heat... or what else?

Hi! My name is Mario, I'm from Sicily (the island at the very South of Italy). Long time gardening amateur, I like to experiment with plants that are less common in my area.

I have two questions about a tree I bought around 6 months ago from an online seller and has been withering for the past 3 months or so.

It's a strawberry tree (Arbutus unedo. Despite the name, they don't have anything in common with strawberries, except the color of the fruit).

I decided to have a go at cultivating this because it takes the fruits a whole year to ripe, so in autumn it bears fruits and its beautiful white flowers at the same time, which is quite rare and gives a nice visual impact.

It thrived till around the end of June, then the leaves started to become brown and crunchy.

But it happened on the branches facing the sun: they withered and didn't sprout any new leaves; and it also happened to the leaves closest to the soil.

The rest of the tree isn't in great shape either, but it seems more or less ok, so far.

All seems to point to the sun and heat of Sicily being the cause of that: while I have seen this plant classified as "Mediterranean", so far I only have seen it in the wild in Sardinia, central Italy and northern Italy.

But I was wondering: is this the only possible explanation, and what could I do to help this small tree? Will it thrive again once the temperatures start to drop?

I have watered the plant regularly, around one time per week in the spring and 2-3 times in the summer; I have used a regular fertilizer (40-20-20); the ph of the soil is neutral.

Maybe some bacterium/fungus/virus could also be involved? Maybe it is lacking some mineral?

I have used once every month a very strong antiparasitic, imidacloprid, so I tend to consider unlikely that some insect is responsible for this.

By the way, I want to suspend it because (in theory) the tree should start flowering soon and I don't want to cause any harm to the bees.

Which leads to my second question: how can I protect the plant from the feared Otiorhynchus? I have set a strip made of "wholly" material (i can't recall the name), which should trap the little beast on its way to the plant.

Any suggestions? Thanks in advance. Here are some photos. 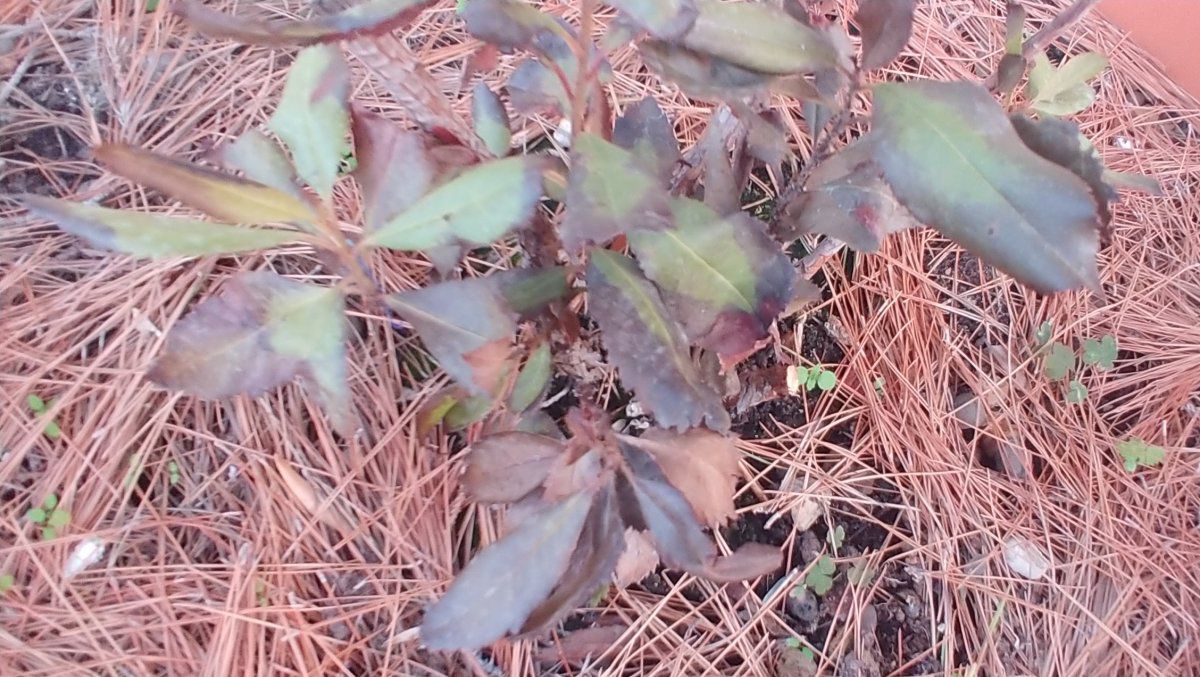 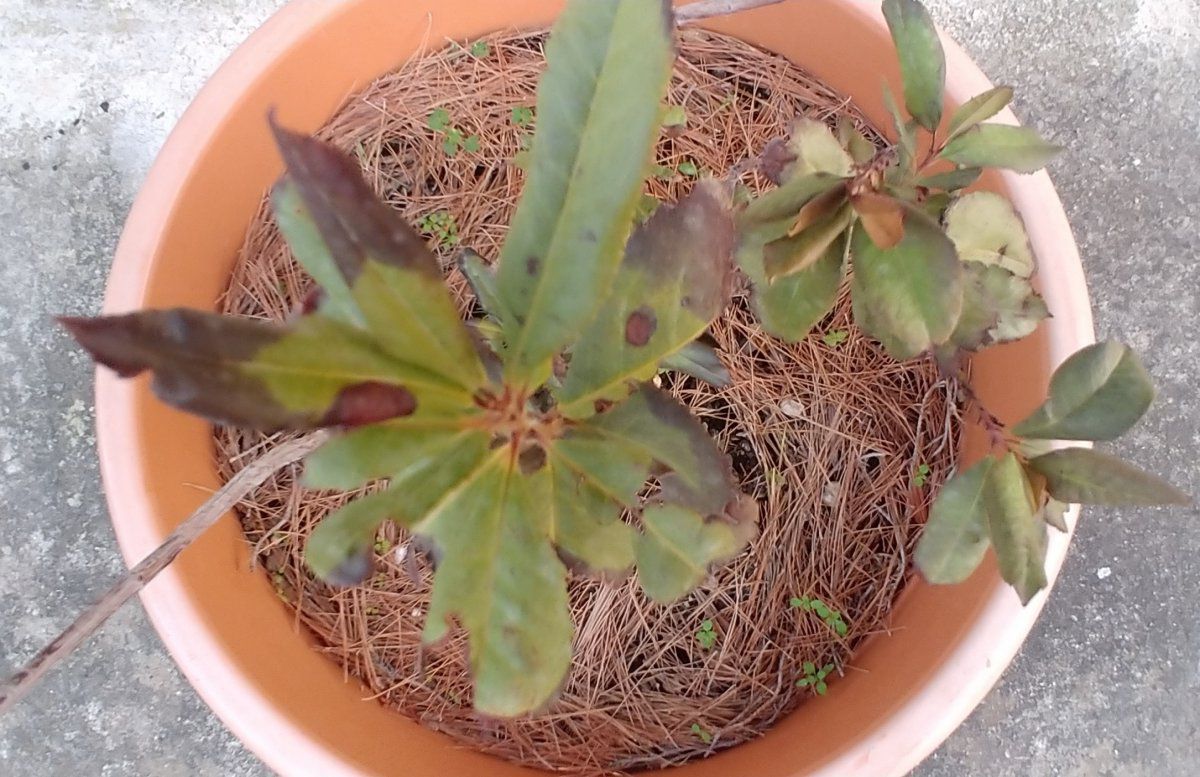 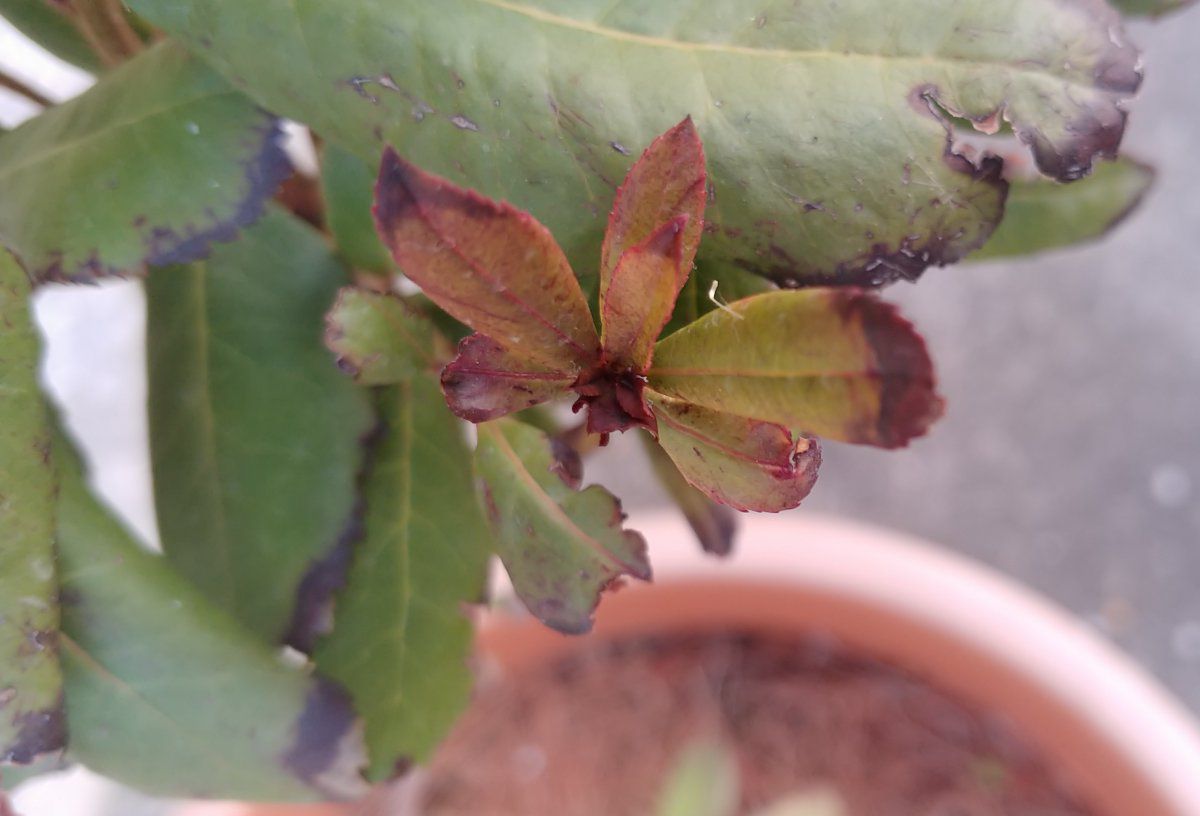 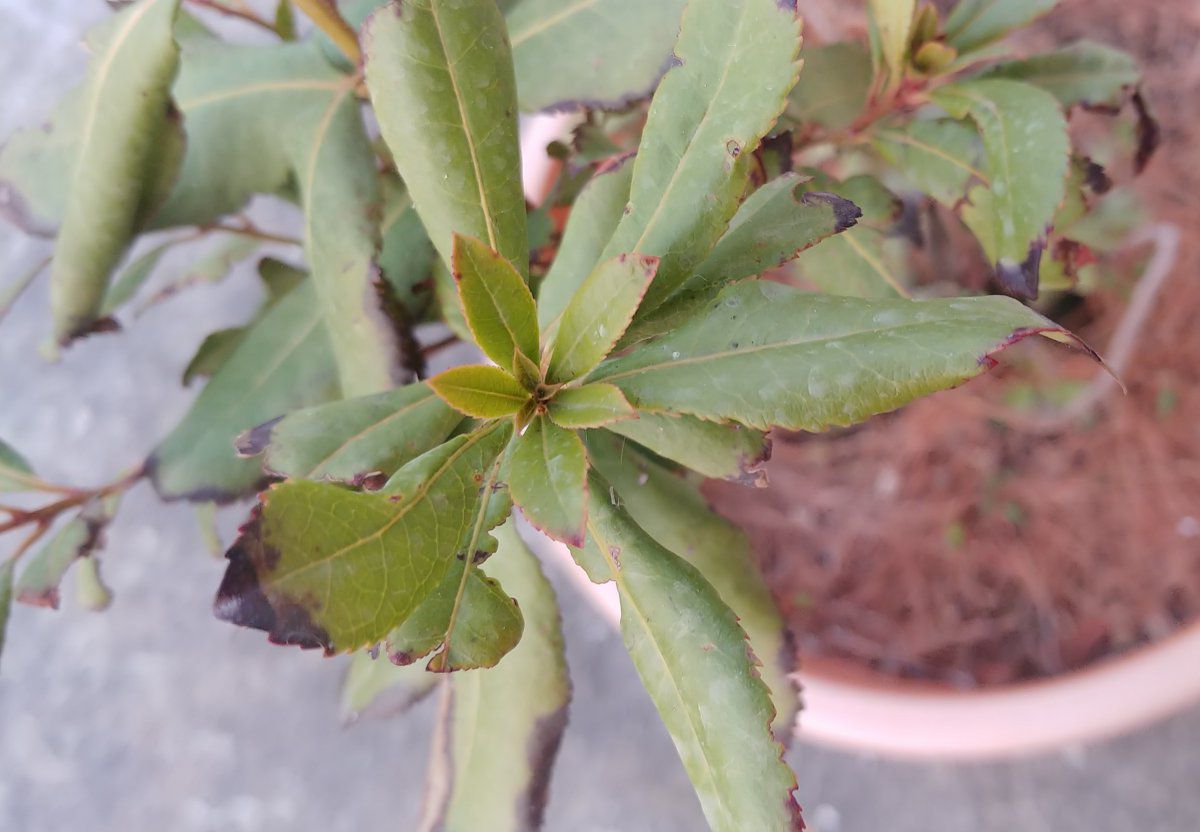 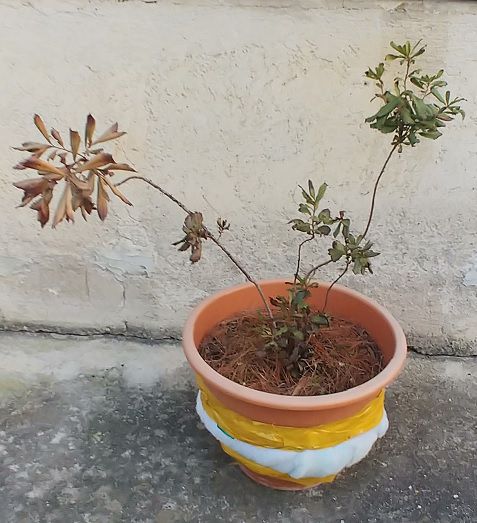 Hello Mario,
Here in Lebanon (mountains) (Libano), we have a lot of wild strawberry trees (Arbutus Unedo). They grow wild in the mountains near the oaks and pine trees on rocky sandy soil. So, I would guess that in a pot (as you have) they will have very poor drainage which may induce rots. Plus, I think they have long taproots. So maybe they need a bigger pot with very well daring soil if in a pot.
Regards
Rudy
M

so it basically outgrew the pot. yeah, i guess that makes sense and maybe, like you said, i should also check the quality of the soil.

i was thinking of planting it out sooner or later anyway, i guess this might be the right time to to that.
Ad

Hello, my Arbutus Unedo is planted in a garden in Germany. That tree is not mean to be planted in a pot. It needs a bigger volume of soil, than a pot can provide it. And it needs an continous wet soil and not a waving up and down of wet and dry situation. My Arbutus is placed on the south side of my house. But in your island of Sizilien, it would be better to put this plant in the partly shadow. Thats what the plant says, like it looks like.