Sometimes Nature Needs a Hand to do What You Want.

These azaleas are supposed to hide the sambucas' tub But they're taking a lot of years to grow tall enough. But they're spreading laterally well enough. 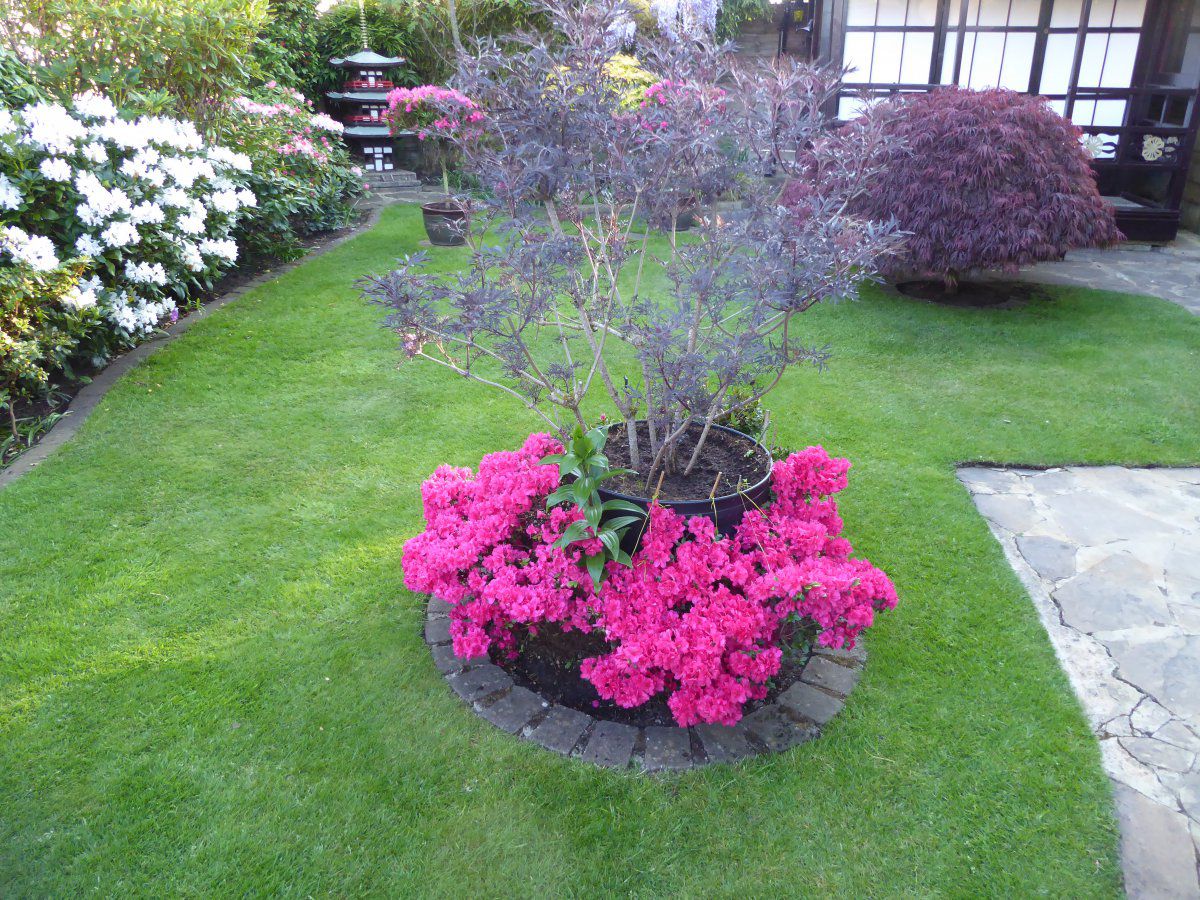 Without the wires, I'd be mowing them if I weren't too careful. I'll hopefully be able to remove them next year. 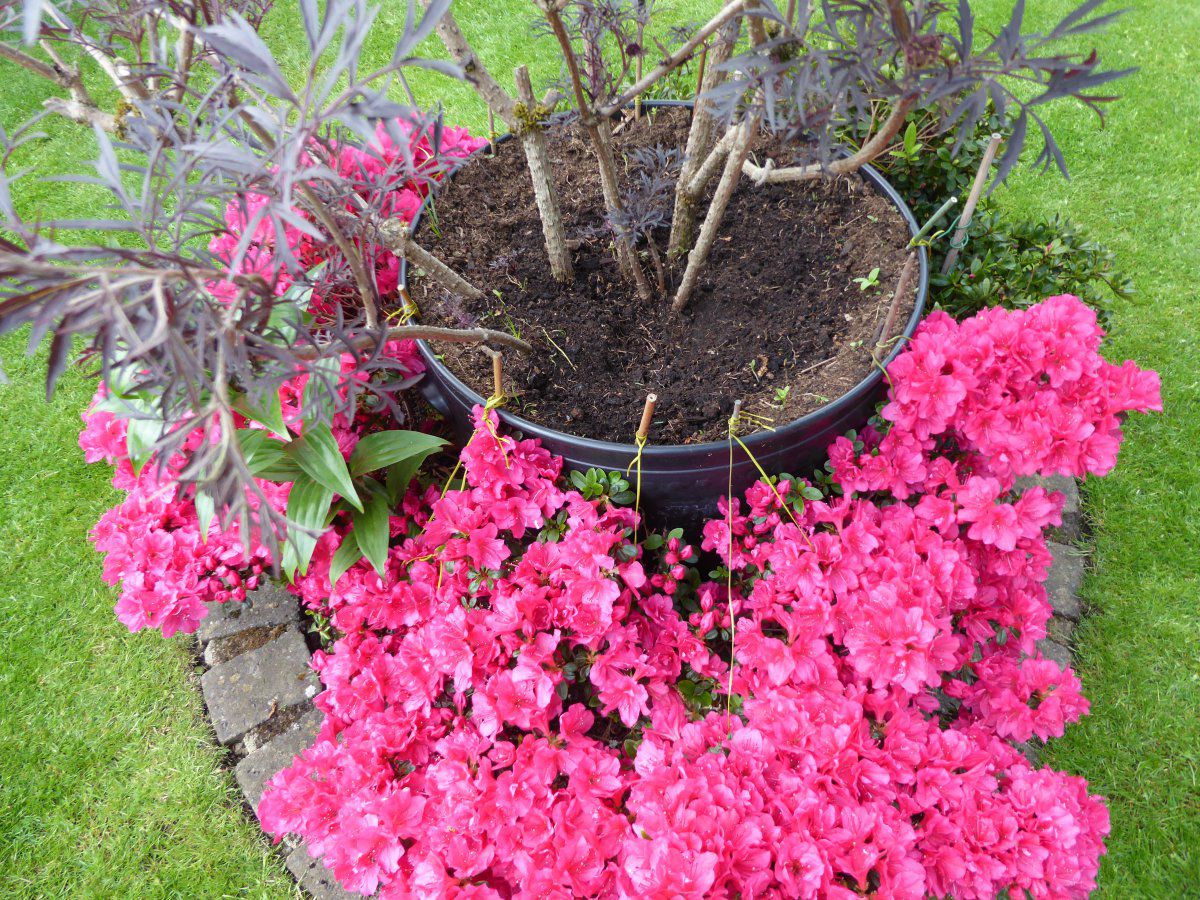 Probably a silly question, but why didn't you plant the Sambucus in the ground?

edinburgh said:
Probably a silly question, but why didn't you plant the Sambucus in the ground?
Click to expand...

It's not a silly question.

I consider myself more a "garden manager," than a gardener, I'm not much into "propogation."

That central bed has seen a lot of changes.

At one time the bed was much bigger and contained three camelias. 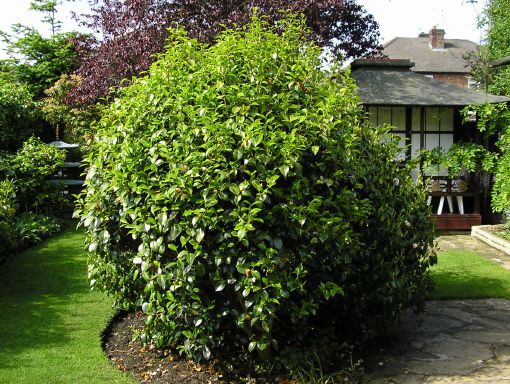 But they grew too big. So I dug them out, binned two and cut the third down to a couple of feet and moved it to the side border.
It lives here behind the lantern and it gets a prune every year. It needs one. 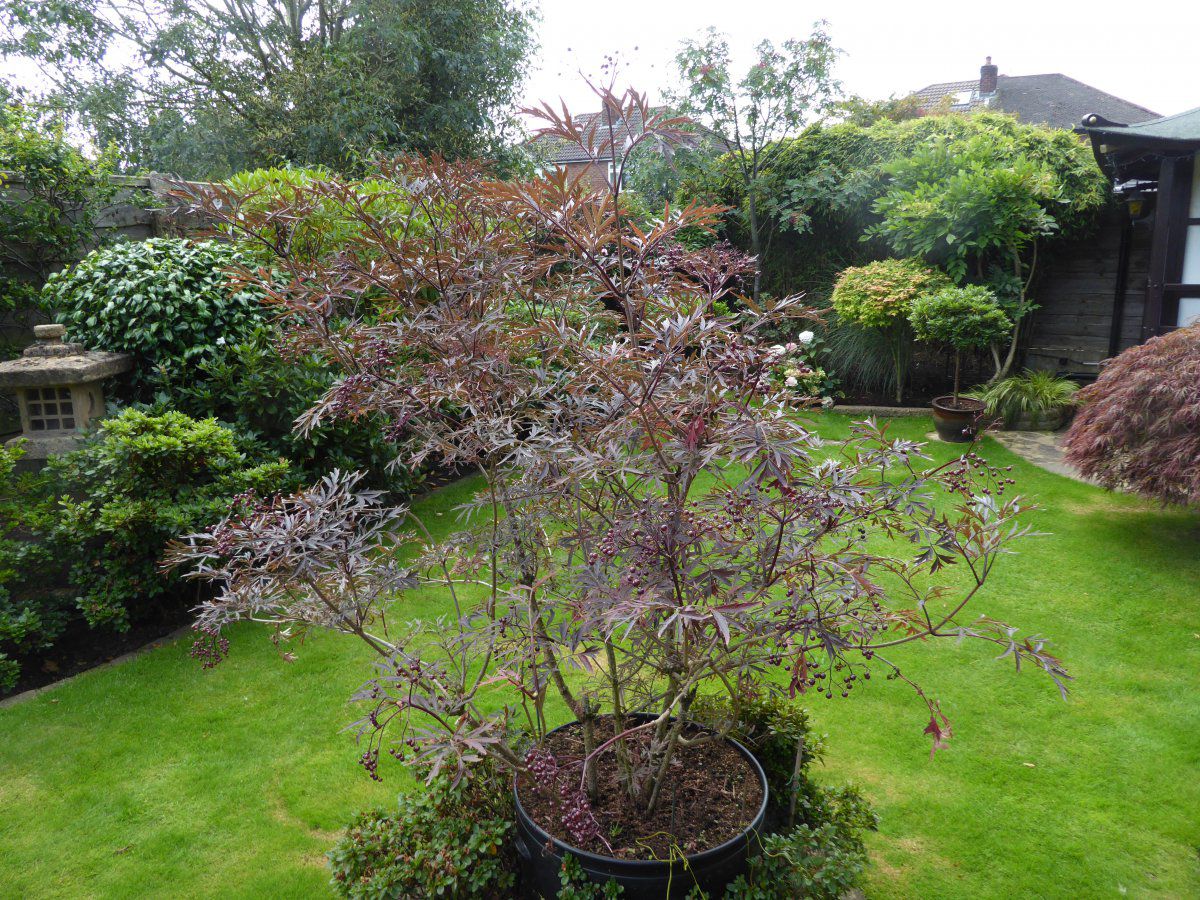 I then laid the bricks that edge the borders, reduced the size of this central bed making a brick circle and we planted an almond tree.

This did very well for a few years and we got a lot of almonds off it, but that eventually died.
It can happen with grafted trees.
So I decided we wouldn't have anything permanently planted there, we could have something in a tub and ring the changes.

The purpose of this bed is to be a "feature" and attempt to make the garden look longer than it really is.


We tried putting one of those fruit trees on the small patio in the position when they were in blossom. But they eventually got binned as there was little fruit and the birds got most of it. I don't think the trees liked the tubs and there wasn't any room for them in the borders.

Then for a while we had this little tree, But that wasn't as attractive as the sambucus, so that got removed and eventually binned. It gets a severe pruning each year.

I drive a stick through the compost about six inches from the rim in about six places, a couple of times a year, almost down to the bottom of the tub. With the amount of root in there, it makes sure when watered, most of the water doesn't go down between the earth and the side of the tub. 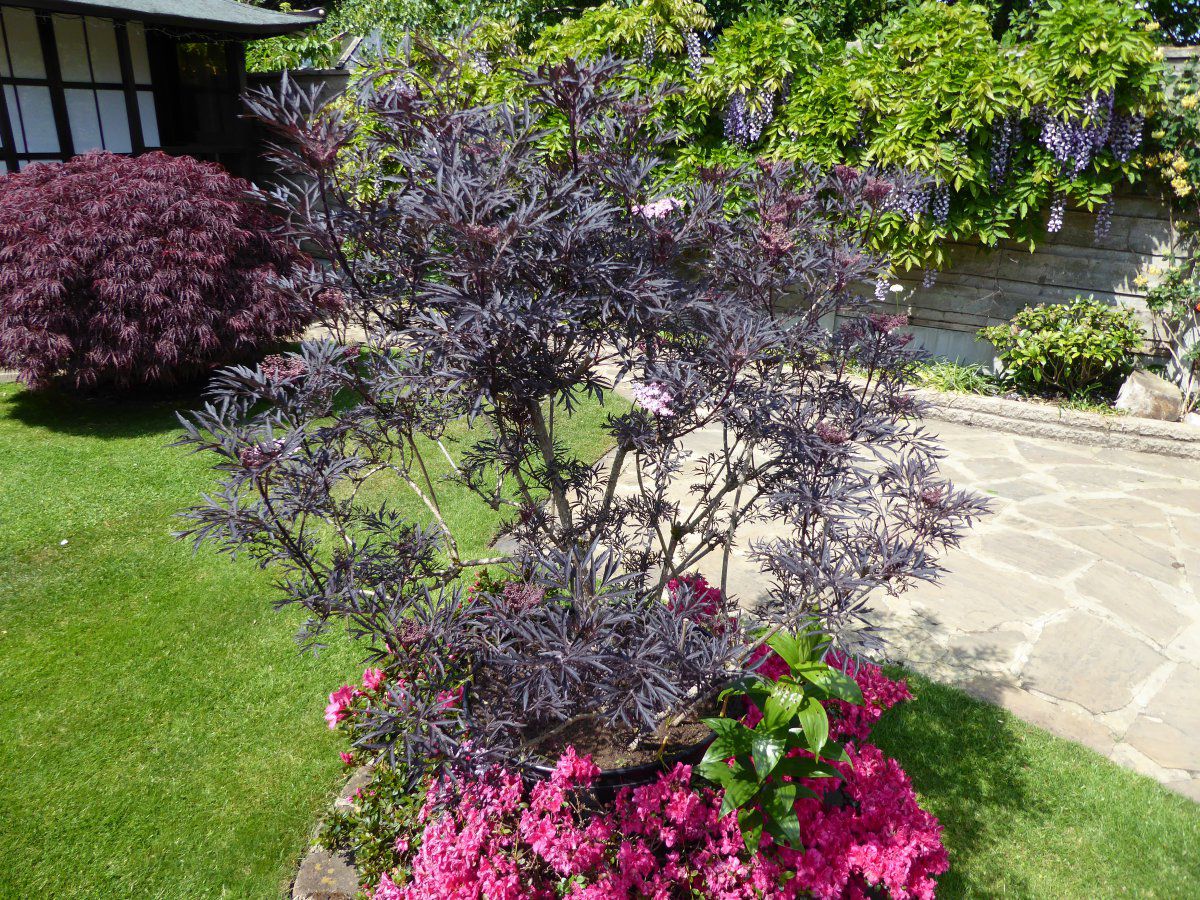 You move plants around just a little more than me
Ad