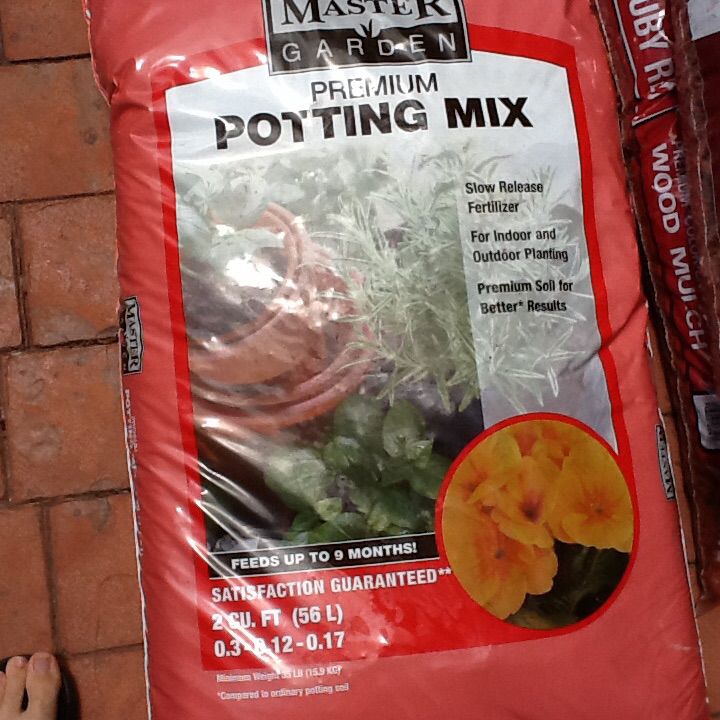 This is the potting soil that I planted all of my plants in the ground with. I've found that it makes them grow quite a lot. 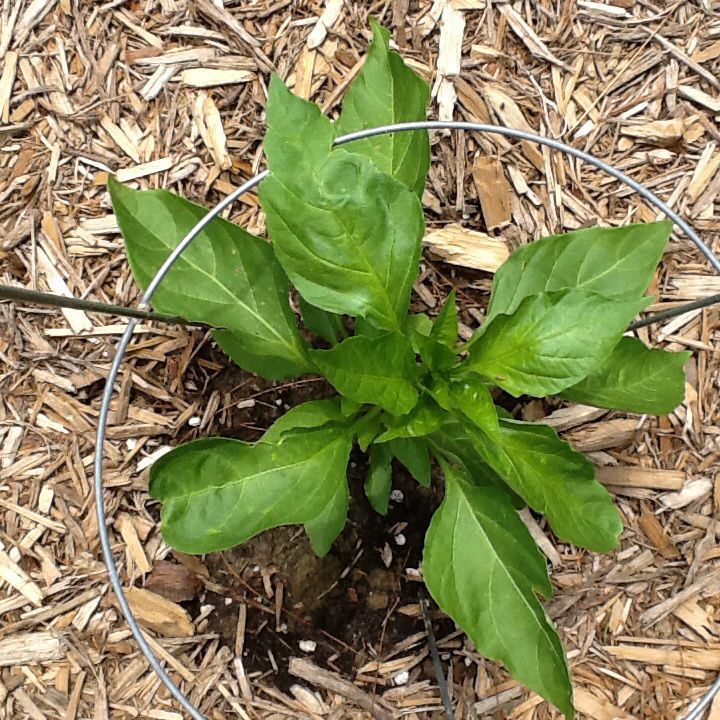 This is the smallest banana pepper plant I have growing. Some of its leaves are a bit misshapen and also are a little yellow. The new growth is the most yellow. 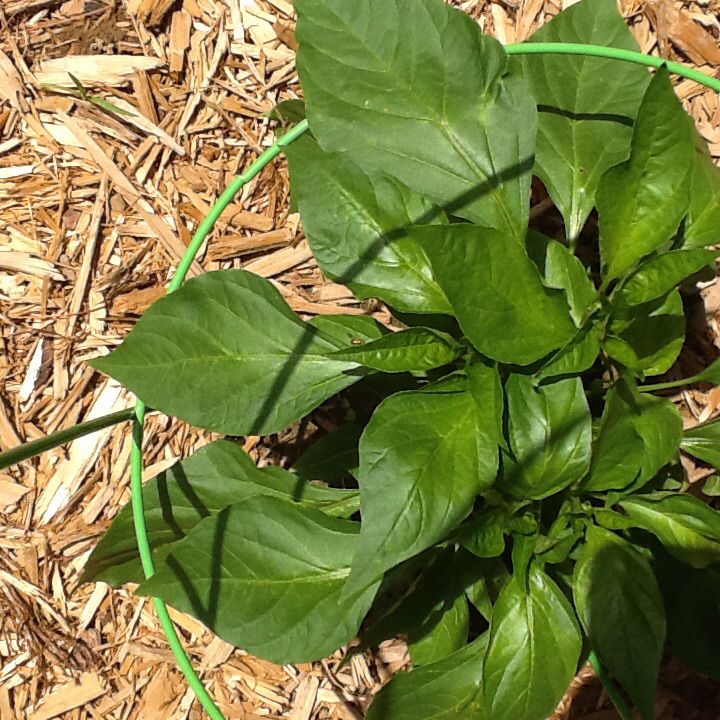 This is the biggest banana pepper plant I have growing. It also has leaves that are slightly yellow, but it looks healthier to me than the other plant. 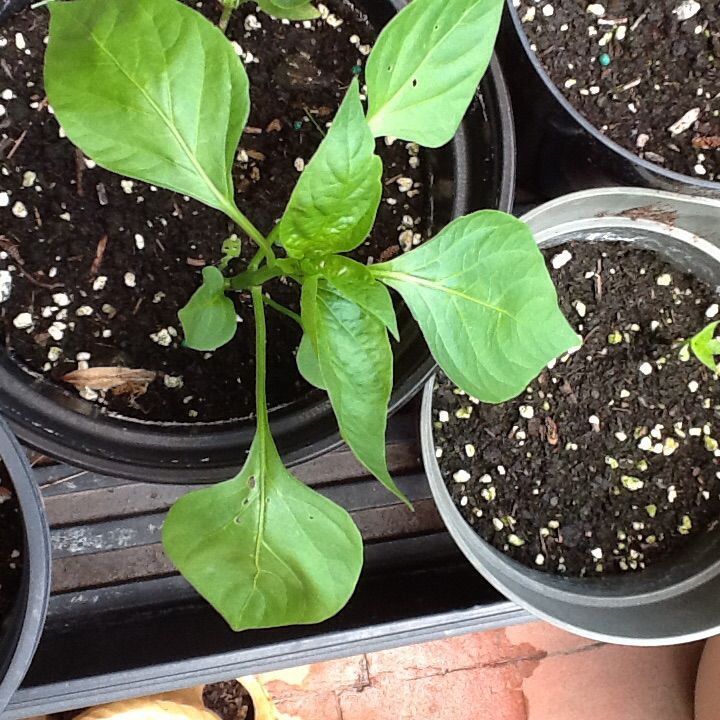 This is a bell pepper plant I have growing in a pot. It is in different potting soil than the soil I showed in the first picture. For some reason, it is doing better than another bell pepper around the same size I planted in the ground. 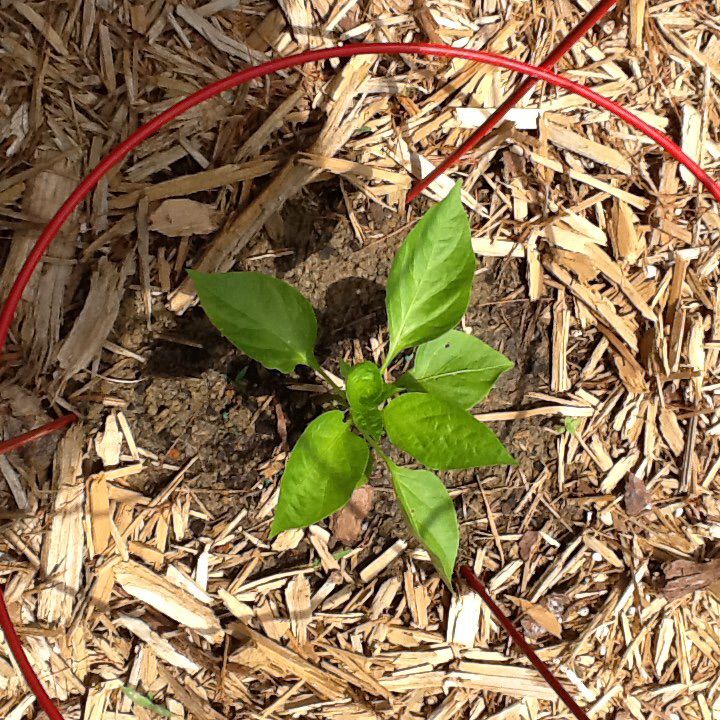 This is the other bell pepper plant I recently planted in the ground. It is not as green as the first bell pepper I showed and it isn't growing as fast either. I used the potting soil from the first picture when I planted this plant. 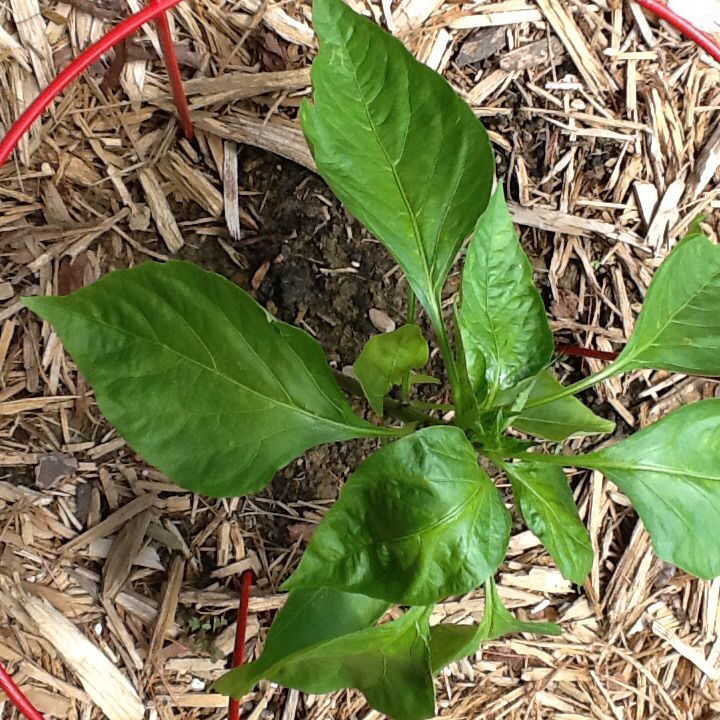 This is the biggest and healthiest bell pepper I have planted. It is growing well and looks healthy to me. 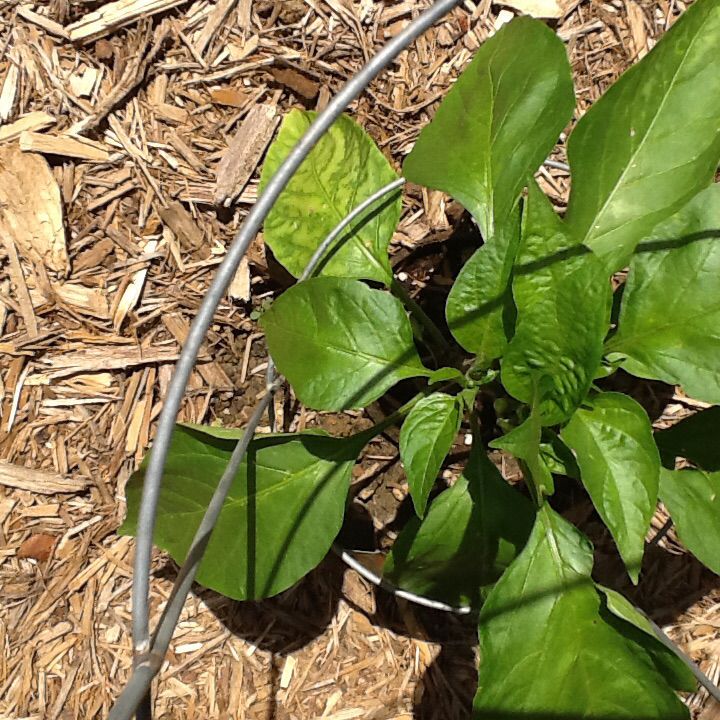 This is one of the jalapeños I have planted. The leaves near the bottom look really weird, and I'm not sure what is causing it. I noticed that there was a little bit of dirt underneath those leaves, which is concerning. 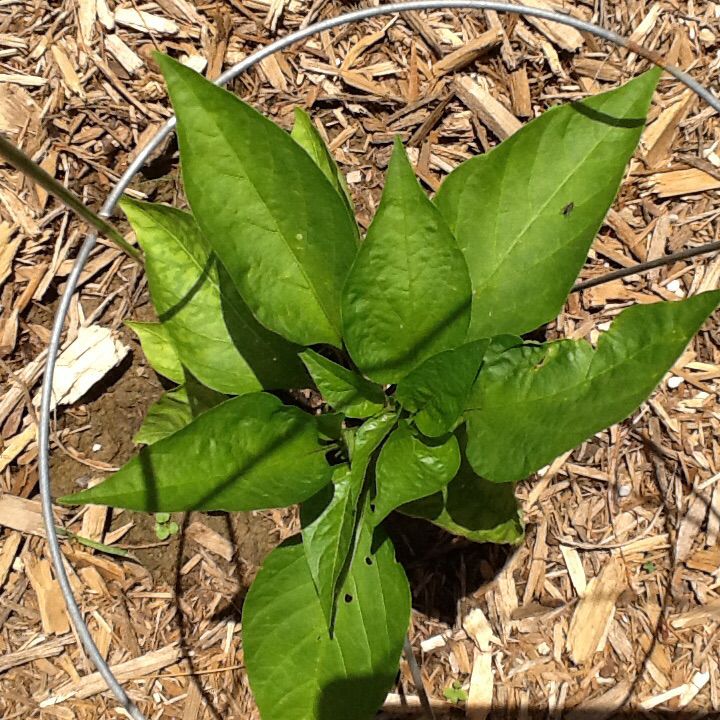 This is another jalapeno pepper I have growing. It isn't doing as well as the other one, but is still growing at a good rate. It has the same problem with its bottom leaves as the first plant. 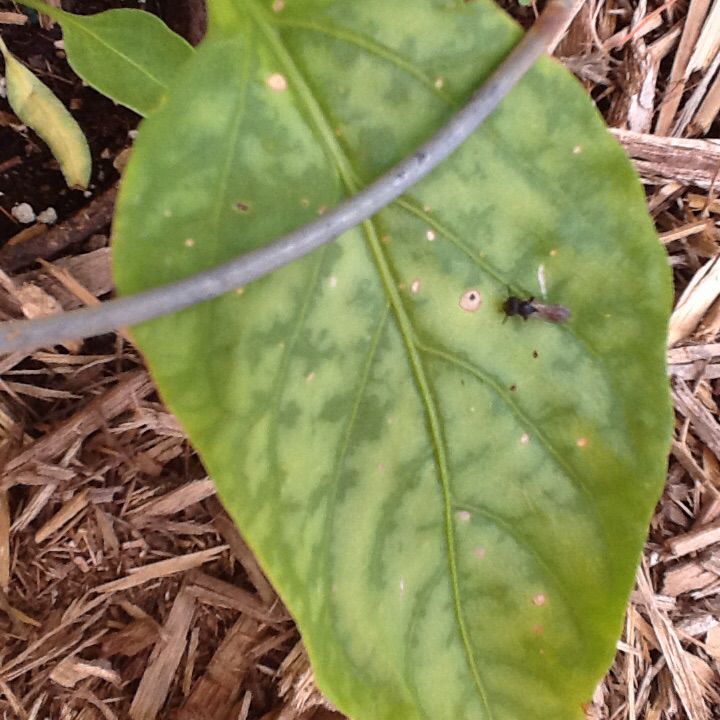 This is a close up of a weird colored leaf on one of my jalapeños. I would like to add that I've found aphids and small black beetles that jump around a lot on my plants over this growing season. I've killed the majority of those pests, so I don't really think they are much of a problem for these plants. Any advice about how to help my plants is appreciated.

I think that overall your plants are doing fine. Plants are like people, no two are the same. I would give them more time to acclimate before I'd start to worry

Ok, that's a relief. I still wonder why the leaves on my jalapeños look like that though. I've never seen leaves do that.

Crazy Plant Man said:
Ok, that's a relief. I still wonder why the leaves on my jalapeños look like that though. I've never seen leaves do that.
Click to expand...

If you are talking about the blotchy yellowish leaves that is probably caused by either or both nutrition/insects. The rumpled distorted leaves probably is weather/humidity related. Give them time to sort themselves out.

Thanks for the info. I was talking about the yellow blotchy leaves, and I think it probably was insects that caused them to look like that because the jalapeños were planted in potting soil with fertilizer in it.
J

Banana pepper seeds need high soil temperatures to germinate, so in all but the hottest climates start them indoors 40-60 days before transplanting time. Choose a location where the temperature is 70-75° F in the daytime and no lower than 60° F at night. You can grow banana peppers from seeds or set out transplants. When the soil is consistently 60° F or more, set banana pepper transplants 12-24" apart in rows 24-36" apart in well-drained loam amended with compost. If the soil is low in magnesium, dig in a dusting of Epsom salt. Plant sweet and hot banana pepper varieties as far away from one another as possible to avoid cross-pollination. You can expect sweet banana peppers to have a mildly tangy flavor from cross-pollination. Use a plant starter solution to prevent transplant shock. Banana peppers like soil consistently moist, but not soppy. Use a soaker hose if needed to accomplish this.
Ad

Ok, thanks for the advice about the banana peppers. I followed all those guidelines, and they're doing a lot better now than when I took those pictures. To be honest, they were doing pretty well back then too.
H

If the damage is confined to the bottom leaves, then the thing to do is........remove them, your plant isn't absolutely dependant upon them.*


*This advice applies to all conditions where ONLY the bottom leaves are affected.

Ok, I might do that. I don't think it hurts to leave the leaves on the plants though.
H

It may be the case that some insects or other parasites can only reach the bottom leaves, and that they are harmless in themselves, however, many unpleasant viruses and fungal problems are soil-borne & can use insects as transport hosts.
As such, on crop plants, which are not primarily grown for their aesthetic beauty, I'd ALWAYS remove lower leaves which are being eaten, if it won't prejudice the viability of the plant.

I'll go ahead and remove the bad leaves then. I definitely don't want any diseases to spread in my gardens again. I had problems with diseases that affected my cucumbers and tomatoes in the past, and they decimated the plants.
Ad

The best things you do for your peppers is give them some Epsom Salts, either dump bit around the bottom of the plant on the soil or buy a small hand sprayer (think Dollar Store here) then fill with untreated water ( I use water from the rain Barrel), no tap water if from a city tap. Mix that with 3 Tbsp Epsom Salts, shake until Epsom Salts have been dissolved, then spray that all over your peppers.

Do you know if the potting soil I have pictured above has any magnesium in it? If it doesn't, I might buy some Epsom salts eventually.
Ad

A lot of the Supermarket Epsom Salt (free from fragrance and additives) contain Chlorine..is this OK to use???