last year I decided to grow two plants of the species Solanum Quitoense a.k.a. "Lulo" or "Naranjilla". However, because I live in a colder climate with sub-freezing temperatures in winter, I was forced to grow them in pots, where they grew quite well. Sadly, when I took them indoors, they started to develop brownish-yellow spots more or less on the edge of the leaves, which would grow bigger and take over entire regions in between the vascular system of the leaves (as seen in the third picture), after which the unaffected region of the leaves would turn yellow and die off. Initially this started at the lower leaves and at a rate more or less equal to the rate of which new leaves would develop, so the amount of leaves on the plant would stay constant. But now during winter, the growing pace of the leaves has slowed down, unlike the pace at which this disease destroys leaves, leaving only a few leaves on my plant. Ever since this condition started affecting my plant, the new growth leaves are strongly curled downwards.

The second plant has already died of this condition; after all leaves died off, a grey-ish spot at the base started to develop leaving the entire plant to die in a matter of only a few days. On the dead remains, a fuzzy fungus started to appear (could this fungusbe the culprit?).

I was worried the only remaining plant would die too, so I took the plant out of the soil, washed its roots, pruned dead parts of the roots (of which there was some, but I did tend to overwater the plant and there were clay pebbles at the bottom of the pot that were constantly moist) and affected leaves (of which there were many!), let the remaining roots soak in a fungicide, sprayed the same fungicide over the whole plant and finally repotted the plant in new soil with extra perlite for better drainage (without clay pebbles at the bottom this time). I also water it much less than before, but to no avail... of the small amount of leaves that were left on the plant, some were a bit affected, and the tiny spots did eventually evolve into the bigger ones, just like before.

In the meanwhile, I have tried to look up what disease could cause this, and have found that a certain deadly fungus is quite common in this species: "Fusarium oxysporum f. sp. quitoense ", of which the wikipedia description (https://en.wikipedia.org/wiki/Vascular_wilt_in_lulo) vaguely matches what I observe, but not completely. Because I have no idea what causes this and because the death of my plant is quite certain, I ask this forum if anyone knows what this could be, and even better, what treatment could possibly save my plant.

Thank you in advance,
Vic 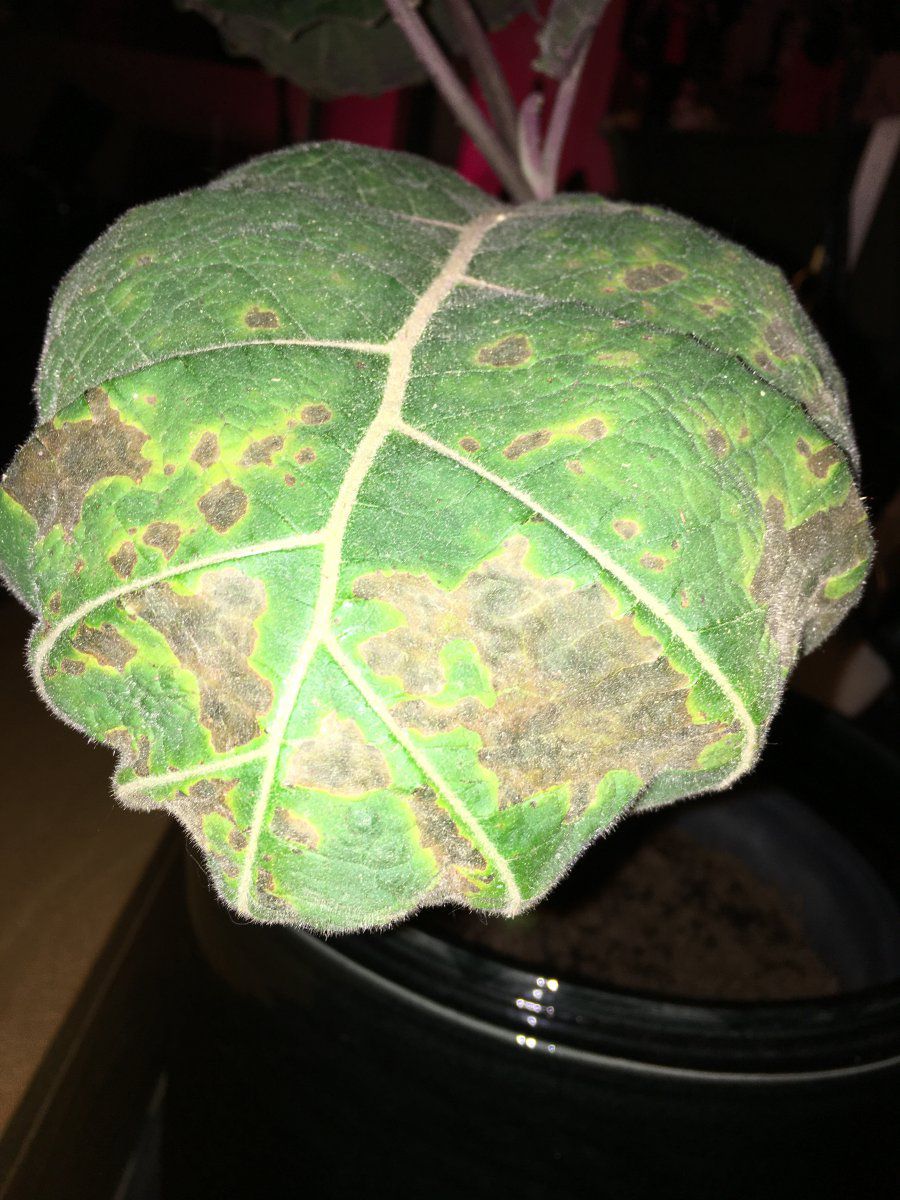 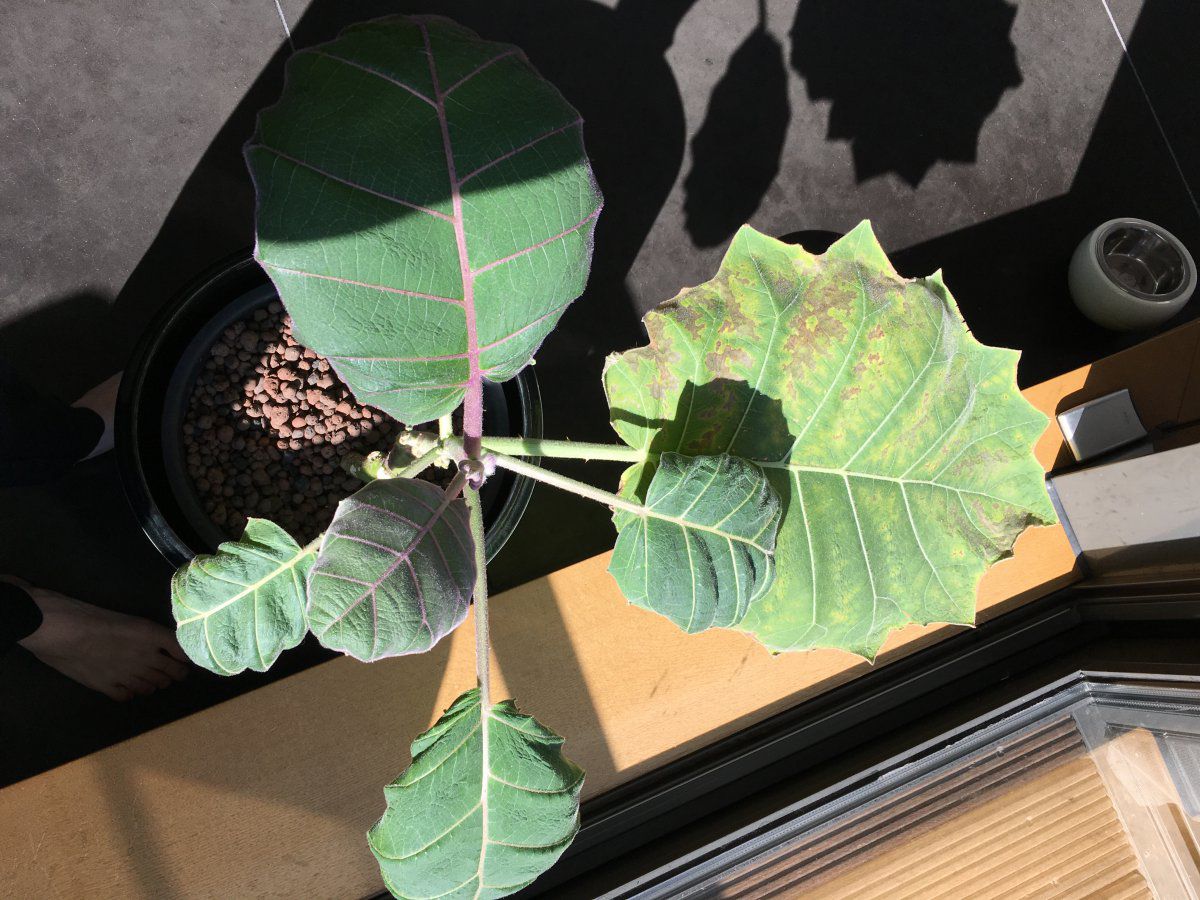 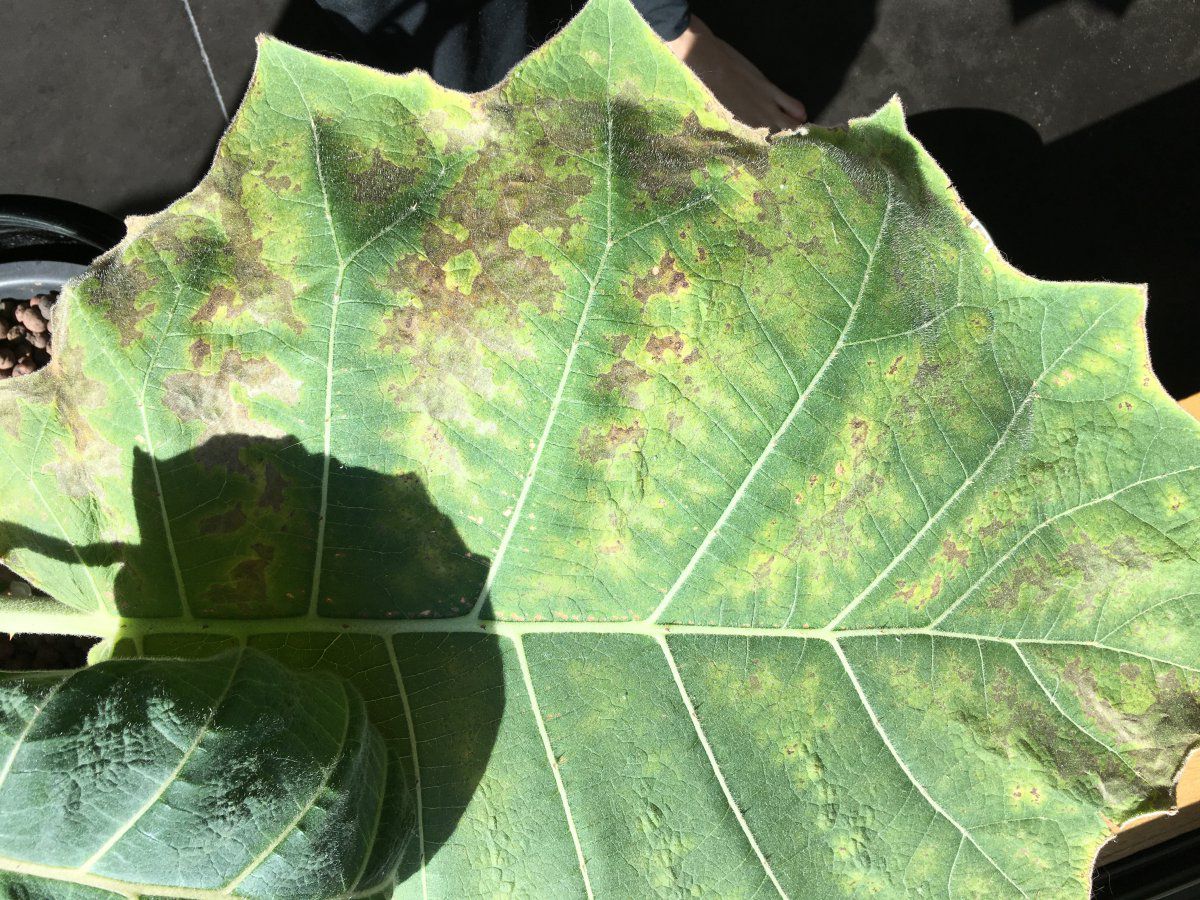