I am in Durham, NC, for reference. OK. I have a tough spot to fill. I inherited my garden from my dad who took it over from my mom when she couldn't do it anymore. He didn't enjoy gardening and made a real mess out of the garden. See those tubes? They were, at one time, soaker hoses but have been demolished and are actually under the bushes, so they have to be cut up to be removed. Anyway, this spot is awful. I had a gardenia in there but it caught a disease and had to come up last year. The spot is in the front of the house, and only gets about 2 to 3 hours of direct sunlight, and it's in the afternoon. I have had several plants in there that didn't make it. There was a dahlia someone gifted me. A hydrangea. That gardenia. There were hellebores but I had to move them because it was still too much sun. Nothing makes it. So I need some suggestions.

The plant needs to get along with the remaining gardenias and an azalea. By what is left of the border by the walkway there will be a cluster of pink calla lilies once the bulbs get moving again. Behind me, about 3 feet from this spot, are my dahlia bulbs, which also have not started to grow yet, but one of them is huge. It won't interfere with the area, but I am over protective of my dahlias, so whatever goes here has to get along with them. We have a weed issue in this area, as you can see, and it gets worse as the season goes. There is preen down. We're hiring a neighbor's teenage son to keep the garden weeded this year (his mom told him he has to earn money to buy some new phone he wants). We also have to power wash the house yearly because the lack of sun causes growth on the house, so it needs to be hardy.

The house still belongs to my mom, I just keep the garden up for her. I had suggested doing something like river rock for curb appeal and leaving the spot plantless and she is very much against the idea. I am going to be mulching this area this year, but am unsure what type of mulch I will be using.

I would prefer something that either has colorful leaves, or blooms. It doesn't have to come back each year, I don't mind replacing yearly as long as it isn't expensive to replace. I have a small dog who likes to make friends with my plants, so it has to be dog safe because she will jump in it (only dog I know who can jump on a rose bush and come out without injury. P.S. She is actually really careful and has never hurt any of my plants).

Any ideas? Thank you! 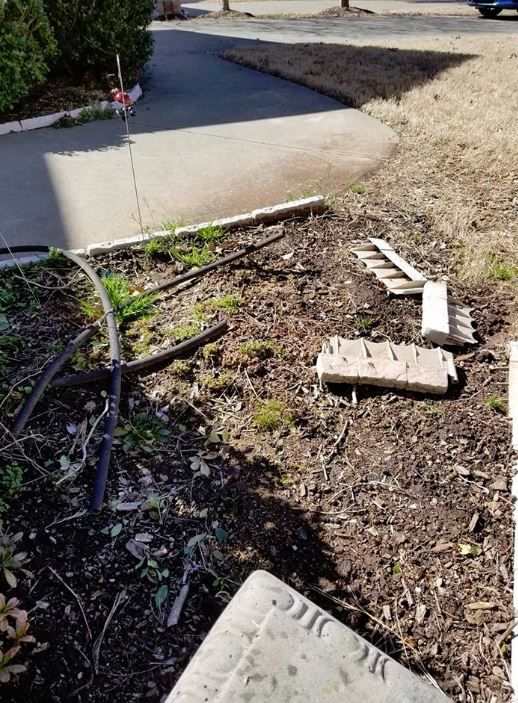 How about dwarf azaleas? I have some that have lasted for over twenty years in a very similar setting. Minimal maintenance but they do need acidic soils. These always bloom a couple of weeks before and couple of weeks after the Masters. 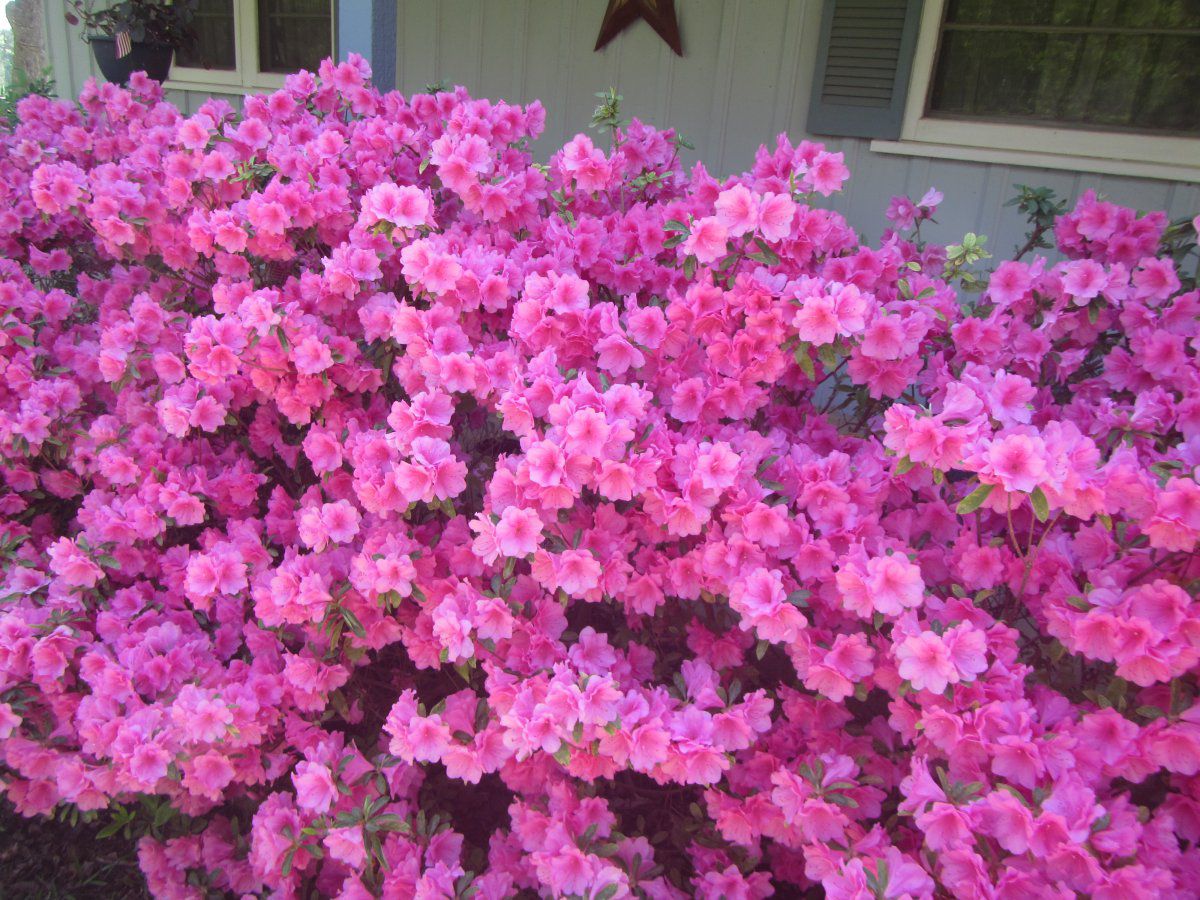