Hi everyone, newbie to the forum here.

My wife and I love the overall shape and size of our garden as it's quite wide, not too big and not too small. Looking at the picture attached, the left side gets sun most of the day and currently has lots of Japanese Anemone. To the right there was no border previously and I've since put in some log roll and started a shady border along this side and recently built an arbour. This arbour covers a drain and there is a sewer running from this along the right side of the lawn to the patio at the back where we will soon be getting a permanent wooden gazebo. I love the apple tree as the centerpiece and love having the lawn so don't want to lose it, however I feel we need to make the borders deeper and I'd love to have more plants, especially taller ones. We're looking for any ideas you may have to change the borders and perhaps change the shape of the lawn (maybe curves?) or any ideas for our garden in general. Also thinking of putting in a path or stepping stones. Any help/ideas are much appreciated! I've also drawn a very rough plan. Thanks in advance, Ed.

Hi and welcome.
It's as well to have an overall plan and work towards it a bit at a time.

We moved into our house which has a similar size and shaped garden as does yours, in 1972.
The garden was half lawn, half veg patch and a big cedar greenhouse in the bottom right-hand corner. 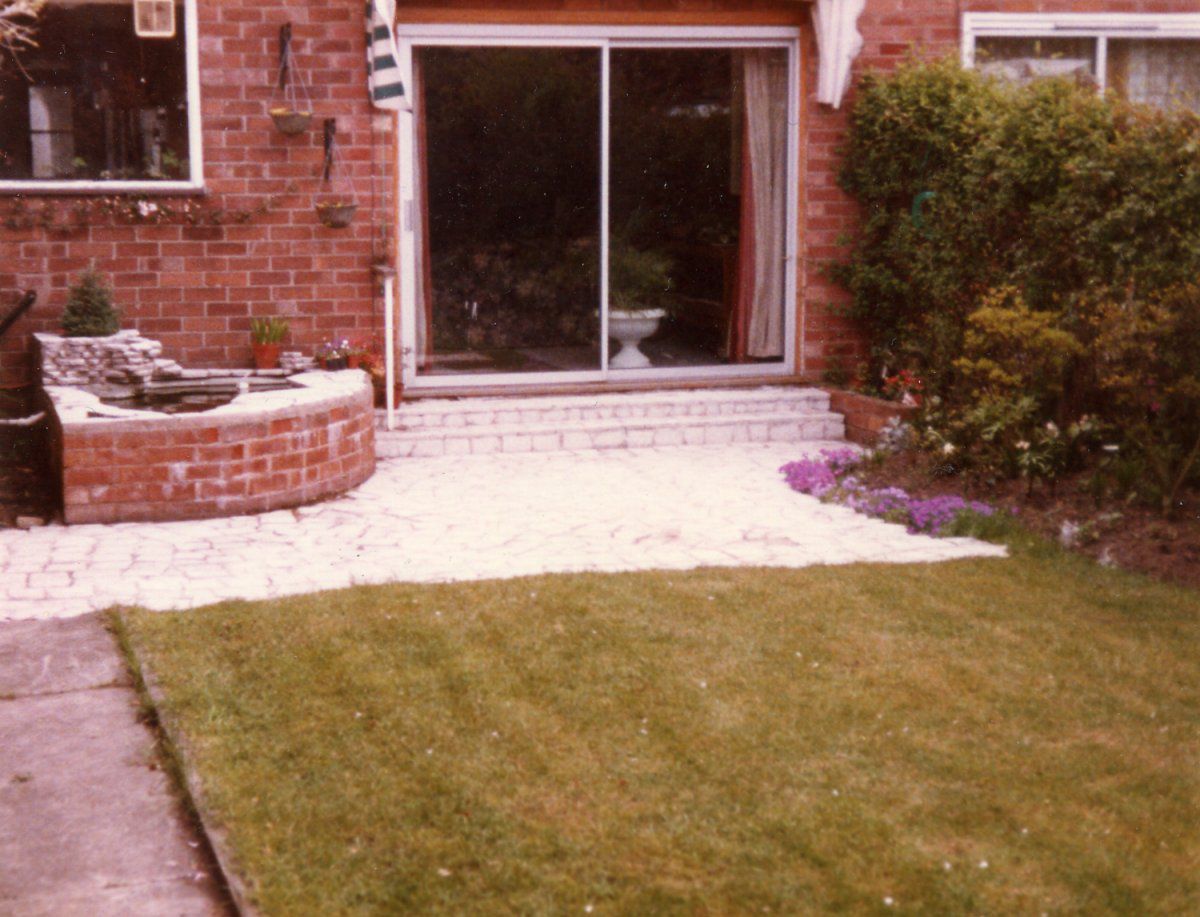 Over the following years we got rid of the veg patch and the greenhouse and extended the lawn, continuing the border down the left hand side.


Between 1986 and 1987, having formulated a plan in the intervening years we ended up with this. The pool is 5ft deep and holds 3000 gallons of water. (I dug it out with a spade). The crazy terrazzo I changed for York stone. 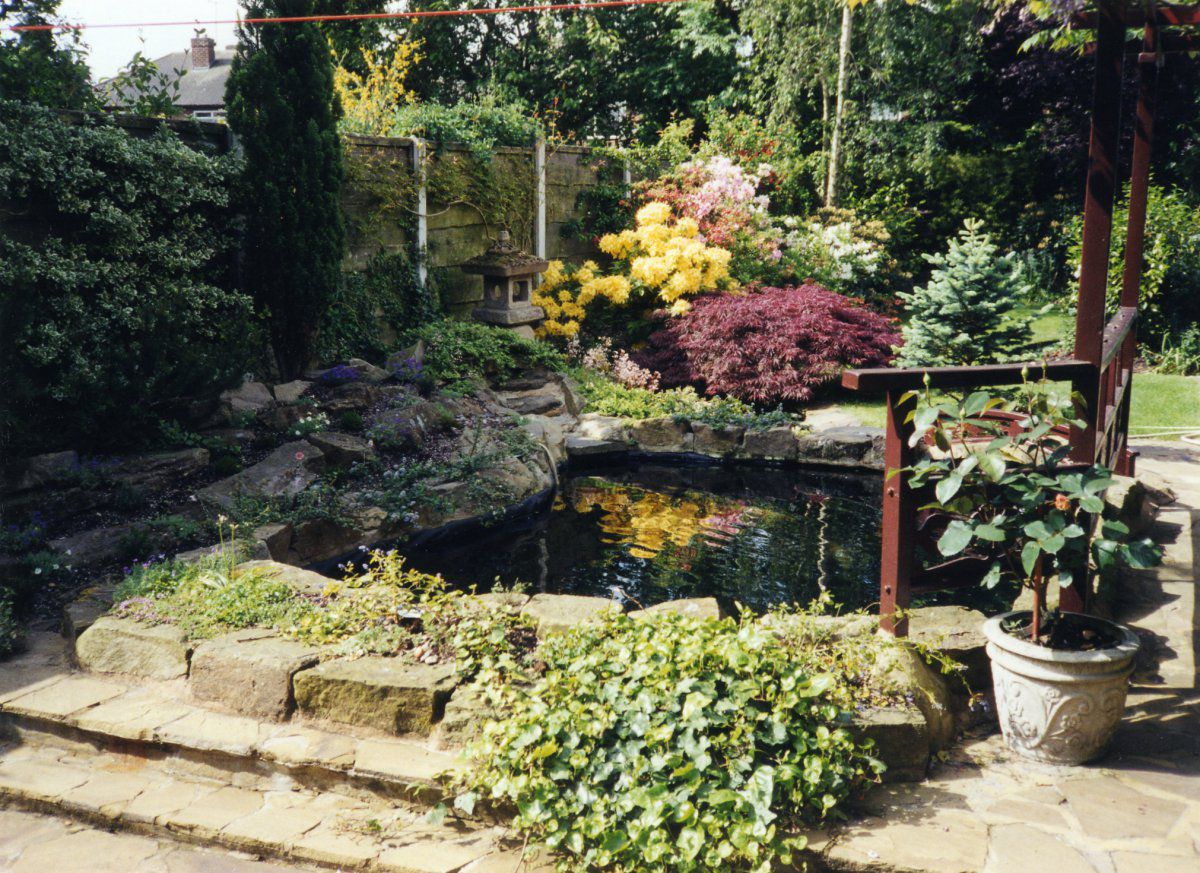 Part of the plan was what to do if we decided to loose the pool. This came to a head last year when the liner needed replacing which involved removing the perimeter rocks the posts of the pergola part of the waterfall and the bridge over the filter return. So we reverted to plan B. Had it filled in and paved over. Done and dusted in three days. 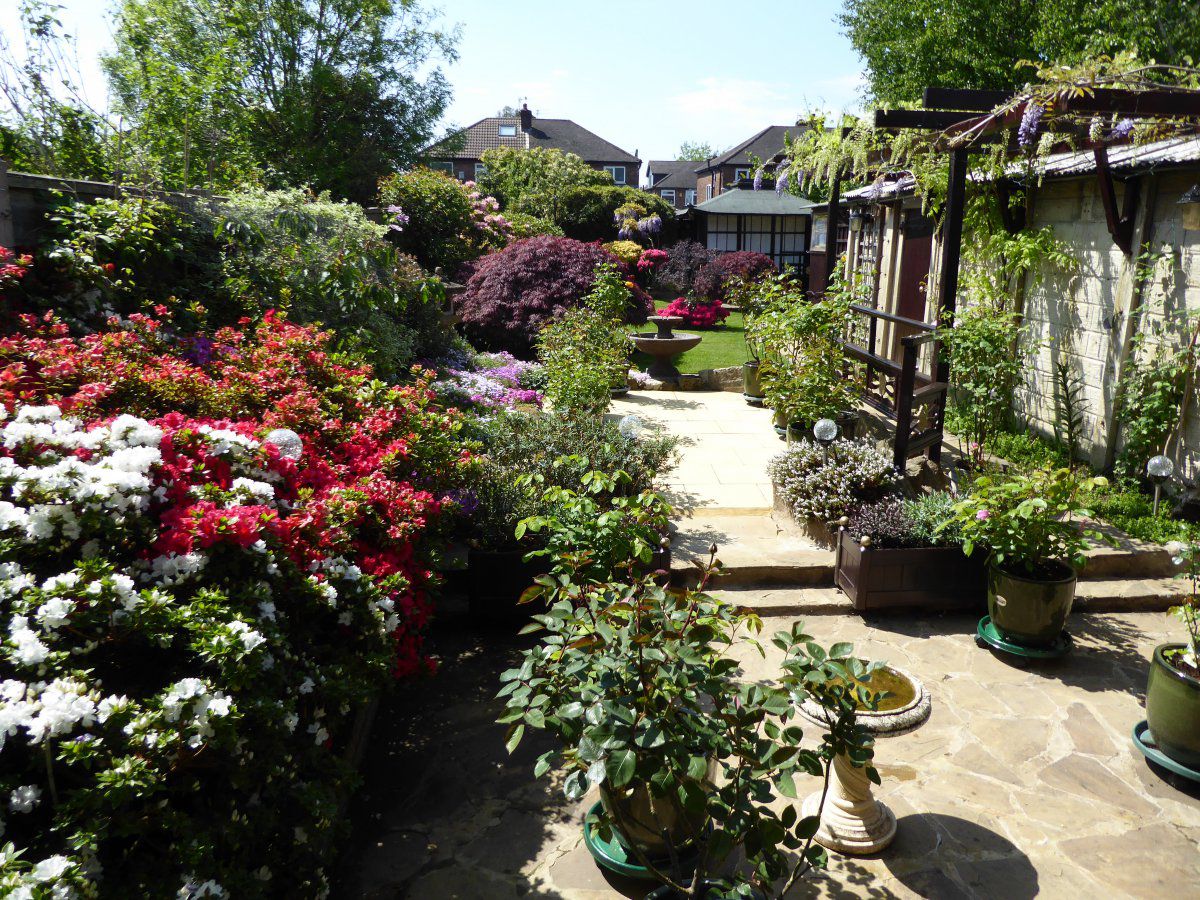 But we still have some water, we bought a small Massarelli fountain. 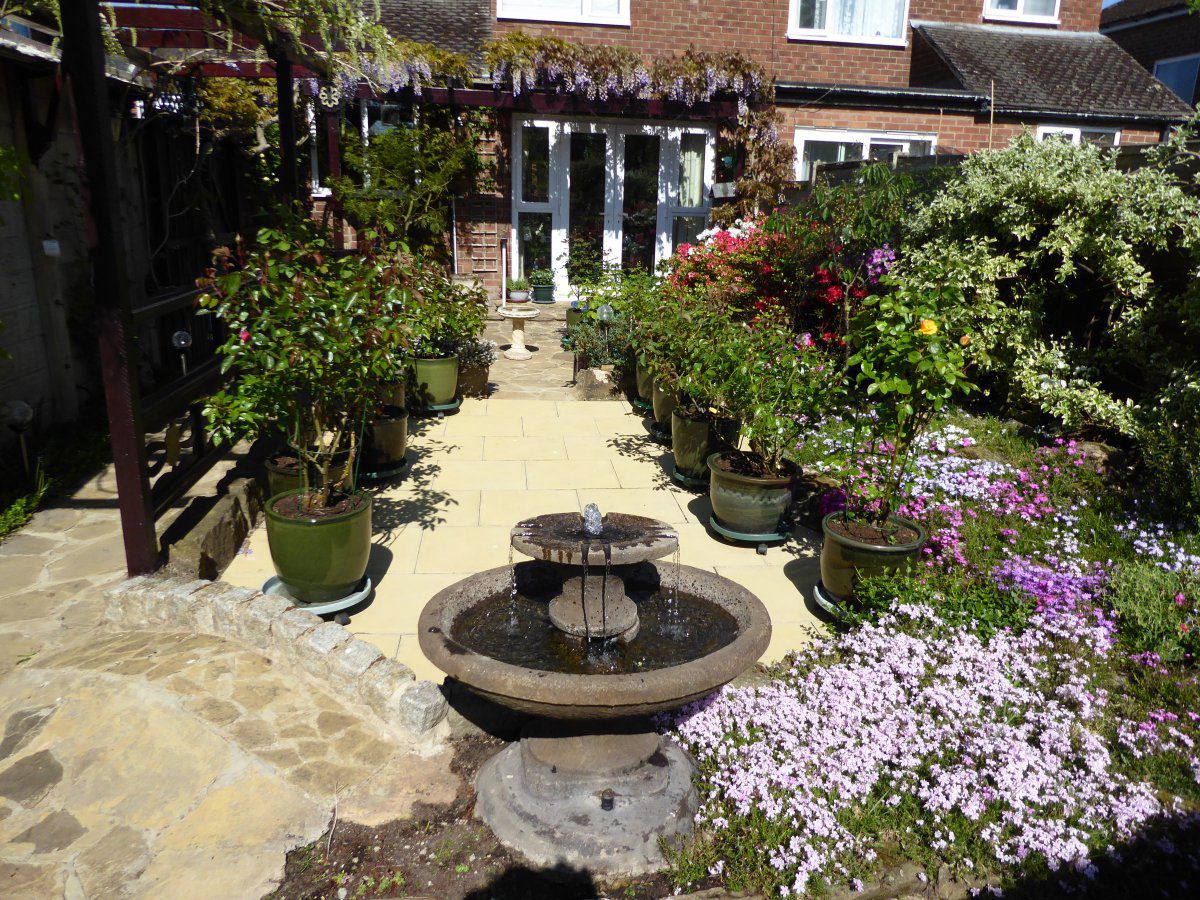 What we have tried to do was to create different features in different parts of the garden and so create an illusion of depth. It's about 87ft by 30ft and between the side fence and the garage and shed only 18ft. All the hard landscaping I did myself. For the last thirty years, only a few plants have been changed, we've done nothing major as we like it as it is.


So for yours I'd suggest having a reasonably deep border down the left-hand side with no straight lines and a path to the right.

In this way you'll be able to keep off the lawn as much as possible, without being silly about it, as do I. 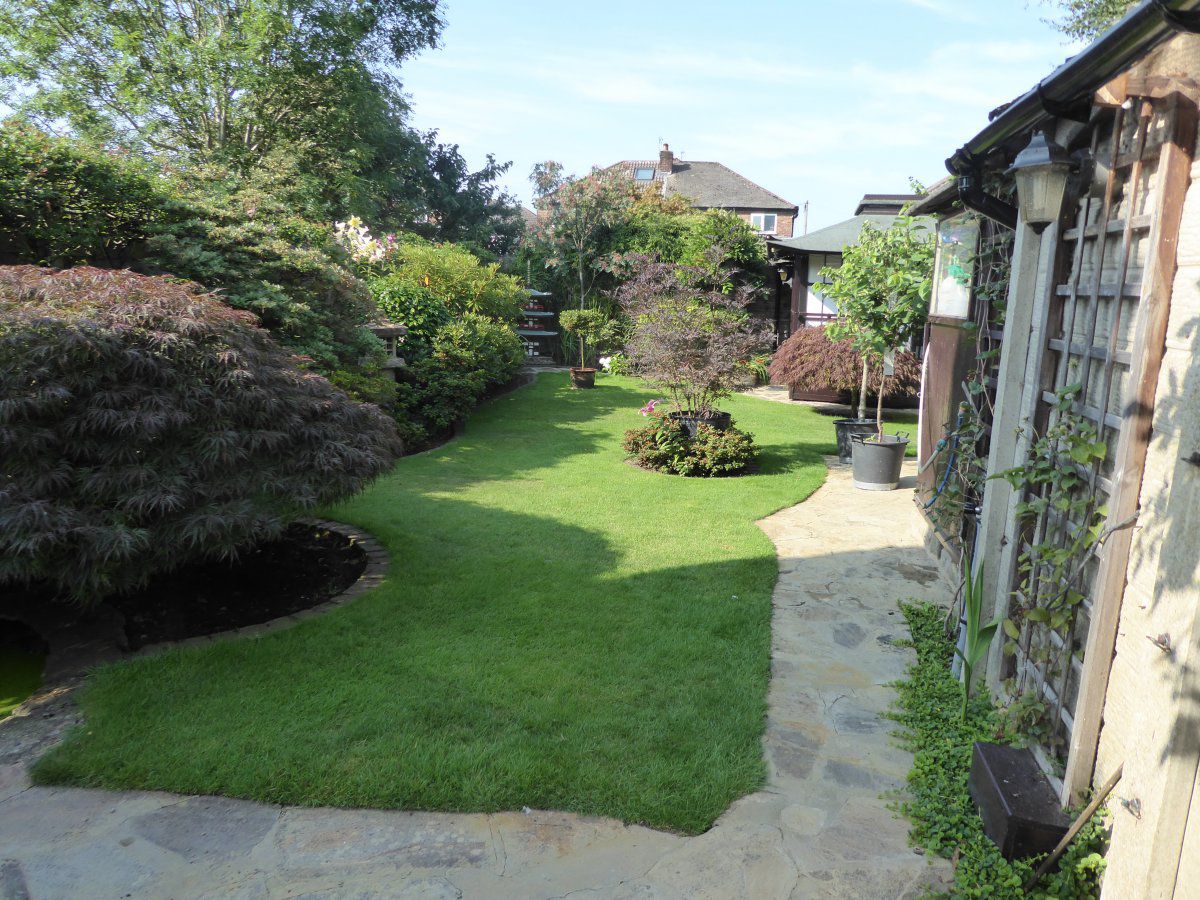 As for planting, we've mostly azaleas and rhododendrons which take up the bulk of the border, but they take a long time to grow. the fence has three flowering quince, supported on horizontal wires between eyes drilled into the concrete posts. I don't attach anything to the wooden panels.
Ad

I think your garden just needs some stone tracks, they will make it mysterious beautiful. You can do it from stones by yourself, maybe draw it into pastel colors. Or you can buy some ready ones, I like some that look like a Yetti footprint.