I had walked a mile or so with the dogs yesterday when I found this little chap. He was sitting forlornly by his dead mum waiting for dinner that didn`t come. Such a sad picture.
It was a long way back to the car, and we hurried. I was worried the poor little chap was too dehydrated to recover. We got back home and I was able to use my emergency bag to feed him. He is a mistle thrush, and these have become quite scarce in our neck of the woods.
He is safe now, and recovering.

Did you manage to find a rescue that would take him?

Oh yes Mark, I work with our local rescue, and have all sorts of emergency equipment at the ready for almost any occasion, even a few chicks in the freezer in case a baby owl comes in. I have special formula for nestlings, and I had him chirping a little by the time he was collected to go into longer term care. My friends who have the rescue are set up for anything that comes in, and are in touch with all the other organisations too - including the bat people. People can bring any creatures here that need help - I`m only a halfway house though - just a link in the chain. 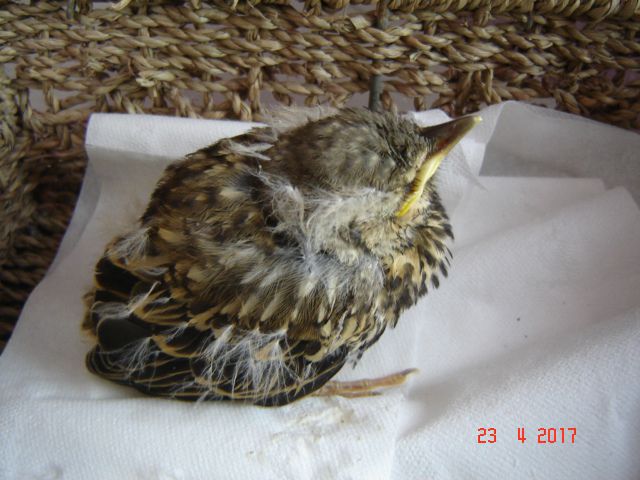 Oh good for you! I worked closely for many years with a registered (have to be legally, here) wildlife plus general animal rescue here. I was officially one of the dog people but got involved with feeding fauns and baby possums, getting a raccoon safely out of a Dumpster, and handling other wildlife. Fascinating, and I learned a lot.

It is very rewarding Beth isn`t it. I have fostered and re homed lots of small dogs with a rescue before I helped out with wildlife generally.

Good for you Tetters and Beth, the world needs more caring souls like you two.......well done

He's at the main rescue now, and I haven't heard anything yet. He was doing well yesterday.

I'm so glad you were there to rescue the little guy! Hope he's doing well at the rescue centre

So cute! He probably does not even know how lucky he is.
Ad

Tetters said:
It is very rewarding Beth isn`t it. I have fostered and re homed lots of small dogs with a rescue before I helped out with wildlife generally.
Click to expand...

It really is! I had Rottweilers for 30 years, and they can be assholes, so I mostly fostered small dogs, which the rottweilers tolerated and enjoyed. Loved seeing them off to a perfect "forever" home.

I hope your little guy will thrive in rescue and get to fly away and be a wild bird soon.

I will be sure to let you know

Update.... Little Melvin the Mistle is doing very well. He has made friends with two rescued collar doves, and I`m told he chatters a lot. Am hoping he will be coming here camping soon with a few other little rescued souls, and when he does I will get some more snapshots of him. He has upgraded to meal worms too, now he`s a big boy...
When it`s time for him to go out into the big world, he will be released here - we have more Mistle thrushes here for him to get in with......so far, so good

I'm glad to hear he is doing well!! 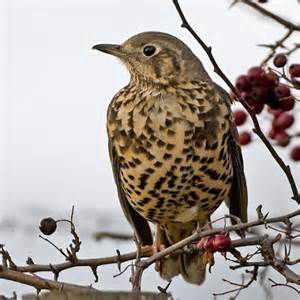 Tetters said:
When it`s time for him to go out into the big world, he will be released here - we have more Mistle thrushes here for him to get in with......so far, so good

When they are orphaned so young, how do they learn to find food on their own?
Ad

Tetters,
A truly wonderful thing. Thank you and to all those in wildlife rescue work.

MaryMary said:
I'm glad to hear he is doing well!!


When they are orphaned so young, how do they learn to find food on their own?
Click to expand...

I daresay it is instinct - the rescued birds are only released if and when the rescue is sure they can cope. If for any reason it is thought they cannot , they would be cared for in captivity. That rarely happens fortunately.

I am wondering if we will get in any orphaned fox cubs this year - there were two that I met last year.

MaryMary said:
I'm glad to hear he is doing well!!


When they are orphaned so young, how do they learn to find food on their own?
Click to expand...

My friend visited here twice today, and she brought Melvin the Mistle with her (he is with her 24 hours a day at the moment) She said he had accepted her now as his mum, and she proved it. He was very shy of me, although ok, and she explained that he needed to be kept quiet without 'outside world' disturbance until he was fully fledged. After this, when he is big enough and strong, it will take time for her to ''wild him up'' - that was the expression she used. I took a few photos of Melvin, and then my friend spoke to him quite loudly - he responded with lots of song, then a wide open mouth and squawked for dinner ! She fed him and he settled down. It is a slow progress. 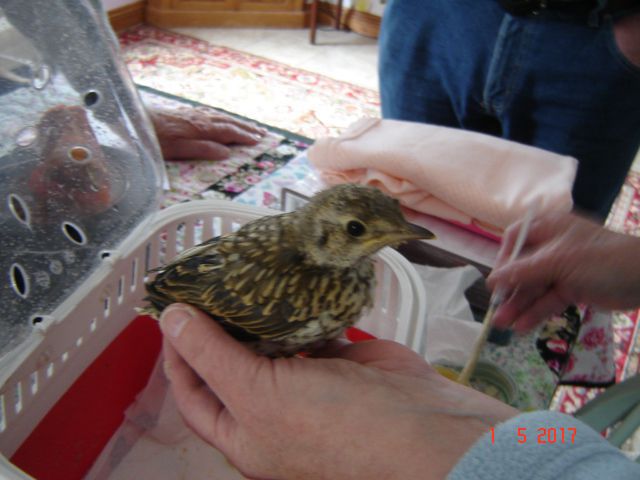 As you can see, he is doing well.

The second visit was to collect two nestlings we found today. The nest was on the ground, and there were two babes in there, and two more dead ones without heads nearby - on the site. We think a stoat or weasel was responsible.
The two live ones were cold, so I used my emergency kit, including a warming pad to keep them warm. I heard they are doing well. These two are greenfinches.
I will see them all again in the morning as I`m doing the demand feeding shift for the day. Other work will have to wait.
More soon...............
Ad

Ah that's brilliant, so good to see him looking so alert and perky