Looking for some Black Spot advice

I noticed a couple of days ago that the Rose bush we have as part of our rear hedge has black spot. Took a few pics up to the local garden centre as i know nothing about this sort of thing and had a chat with the chap up there and he confirmed this for me. From what I have read and he said I will have to treat it with some fungicide and remove the infected leaves/branches. Hopefully the pic shows its not quite as simple as a small thing in a flower bed - this is quite a beast, getting at things isn't the easiest. 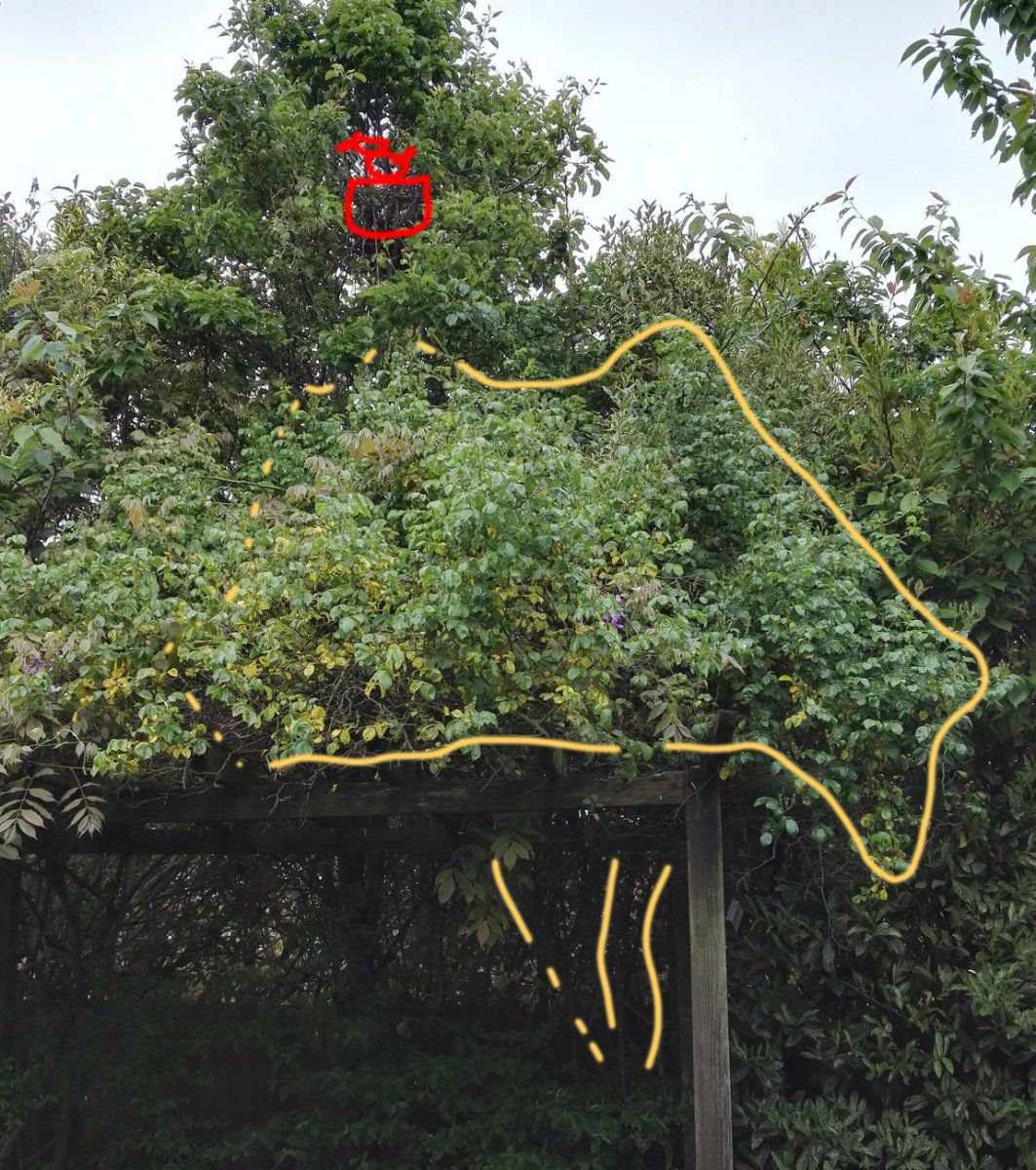 The pic is from before, but yesterday I tried to remove as much as I could, cropping some branches off and thrashed the thing with a rake and that shook loose quite a substantial amount of the diseased leaves. However before start spraying it with whatever is needed there is another complication. We have some nesting magpies in the tree just behind and above the Rose. I don't really want to start spraying massive amounts of fungicide all over the area.

So anyway - there is my situation. I guess I'm asking those who are more knowledgeable about things what they would do here. Also I guess timelines for the disease as I will likely have to wait until the birds have fledged.

Black Spot as we call it is a fungal infection driven by spores on the wind. Basically. There is no cure for it. Sprays can be used but they will only help to prevent it.

Briefly. Spray prevention should be carried out prior to the foliage breaking.
If your plants show signs of BS then remove the affected leaves. Simply pull the leaf stem downwards and burn the damaged foliage. Clear up any fallen leaves and burn. The spores can live on buried leaves and still infect your plants.
A method that has been adopted by rose growers is to remove all foliage in the fall, round about christmas time. The plants should be entering the dormant period. Come the spring, new foliage will have the area all to itself. So a fresh start can be made.

I do not wish to offend @Mike Allen, but as the world advances, so to does the chemistry. @CrisTheNotGardener please examine a fungicide product called clearys 3336. It is systemic and curative of black spot.

The label rules as law of course but basically a weekly to 10 day spray until it is done.

Personally I cheat and use a teaspoon, 5ml, per gallon or more. I have a full grown evergreen tree I am trying to save from shot hole borers and their nasty fusarium fungal salad habit, so I do not care. So far so good. Two years in, only a few dead limbs.
Last edited: Jun 6, 2021
Ad

No offence taken. Yes times change and new products hit the market. In my defence. I am a Dr. in plant pathology and plant sciences. To be honest. Being a Dr in plant sciences is so different in being a medical DR. MD. Although there are so many similarities between plants and humans. There is a dividing line. Humans have so many complicated systemes. Plants, to be honest lack so many. In short. Plants do replecate at times, but many plant problems end there. The vascular sytem differs, and to cut it short. Human symptoms and medications/remedie do tend to offer help. In the plant world. Sadly mankinds interventions at present fall short. So. Speaking as A professional. It cvomes downto. In most common plant ailments. You pays your money and you take your chance.