Not the first time I have bridged this subject. I find the names, given by folk, to plants endlessly interesting. I moved here and found the woman who sold us this property called Tradescantia virginica 'Noonsleeps'. One can also surmise why the plant is known as 'Spiderwort'. Rather logical, actually. And, recently, somewhere else, I mentioned that a common swamp fish, Umbra pygmae, or 'Mudminnow' was called 'Spot-tail' by a local. He told me this with conviction and confidence, trying to enlighten me. I accepted it all with interest.
Ad

Welcome to the forum @bogturtle You chose a good subject to discuss in my book. The confusion around naming plants really doesn`t need to happen - if only we all used the Latin name primarily, which is something I may have mentioned on here in the past.... This is a universal system that anyone from anywhere in the world should be able to understand. 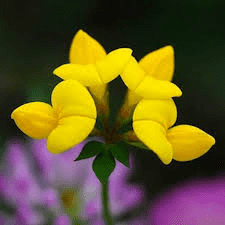 Granny's Bonnets.......Columbine........=Aquilegia
Plenty self seed in my garden every year but do not always stay the same as the year before..Thinking, that is a known issue with some varieties.

Mallow............... =Lavatera maritima also have several and better if pruned quite heavily to keep the branches stronger...
Ad

This IMO is a good theme. Latin is much used in the world of science, as it is understood by those concerned. Whereas, the common names that most of us use vary so much. For instance. Aquilegia has common names such as Woollie has mentioned, it is also known as, poor mans orchid.

When using the latin names for whatever. Straight away the subject is identified across the world. Using latin based names in the plant kingdom. In most cases, you don't just get a name. More often than not, you get a brief discription of the plant, where it originates from, who discovered it and often an indication to it's colour and growth habits.

A method I used to use when training staff in the greenhouses. Write the latin/botanical name on one side of the label, then on the reverse, use the common name. Simple but it works.