I have 5 new plants unknown names

#1 I found this in the shade growing with some of the other new plants. 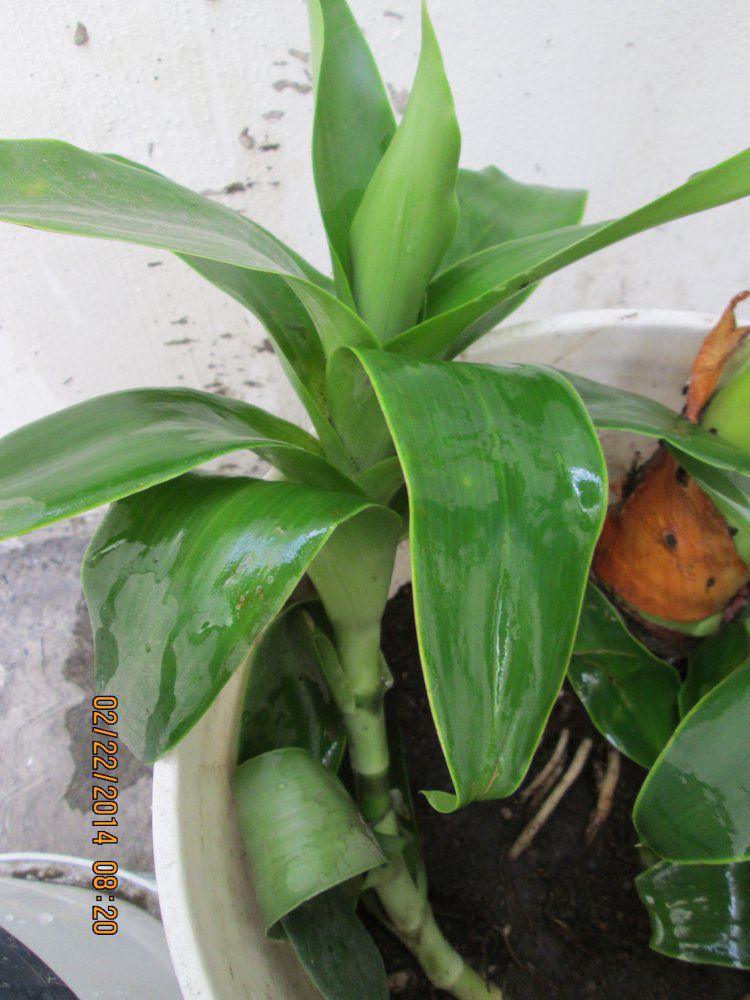 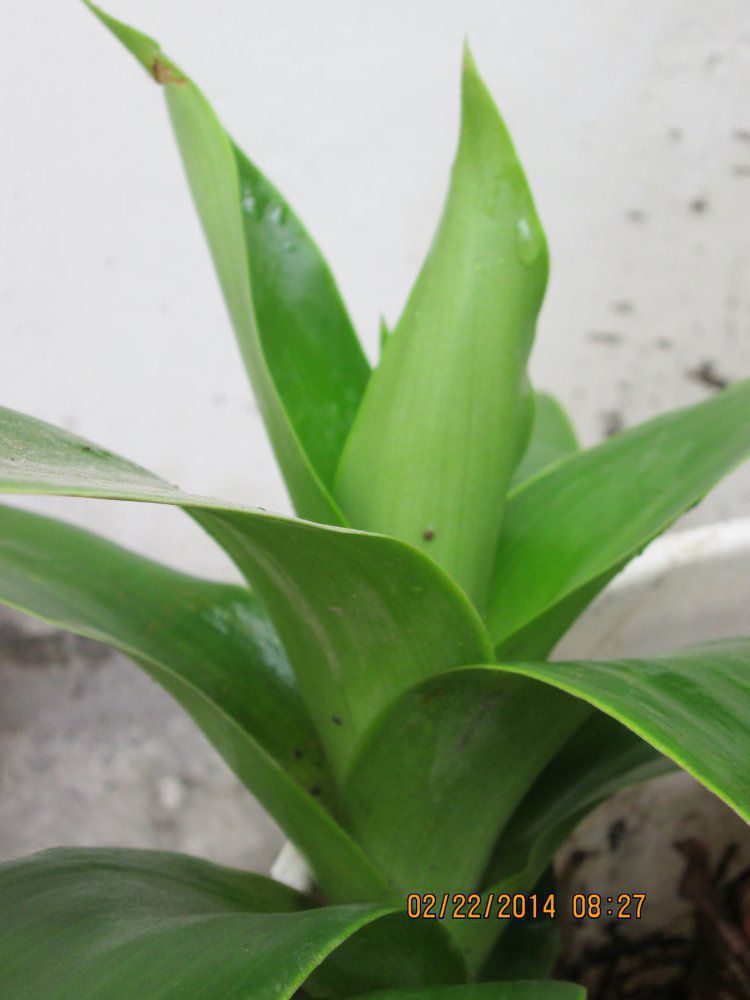 #2 This is similar to a Jade plant but not sure on the name. 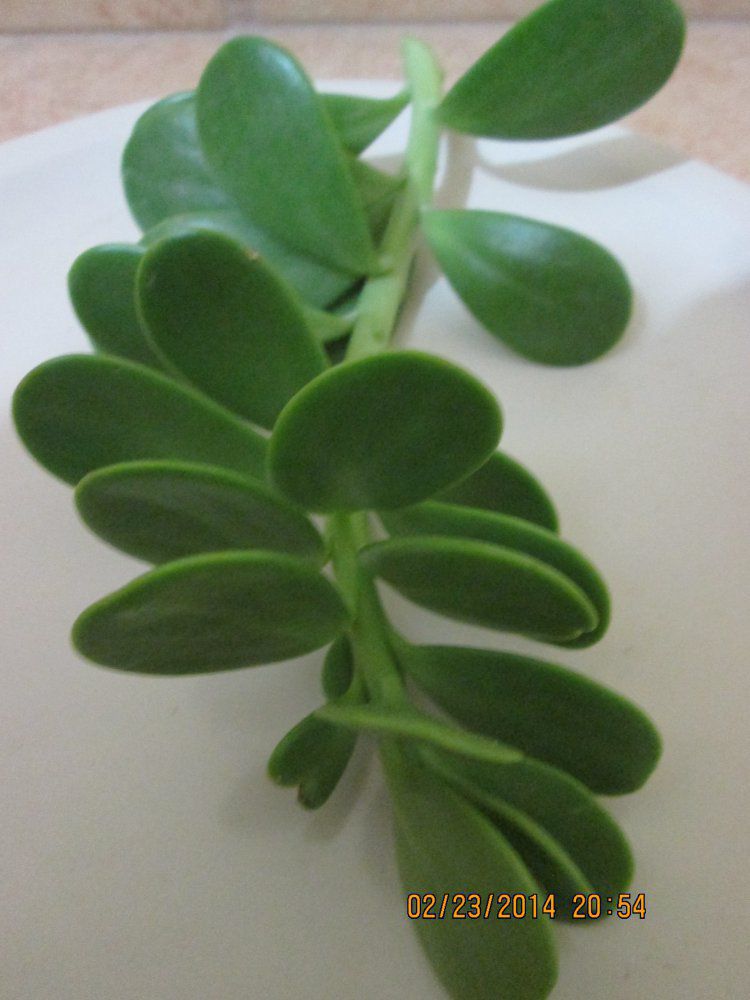 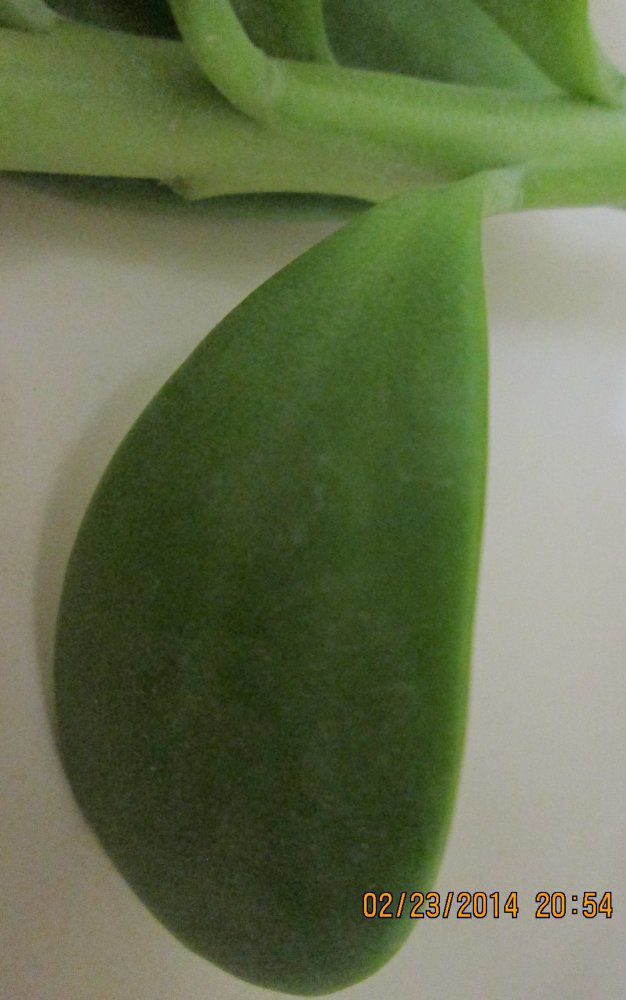 #3 I found this one in full sun. I think that this is my favorite these new plants. Maybe this plant could be propagated by putting the leaves in a pot with compost soil? 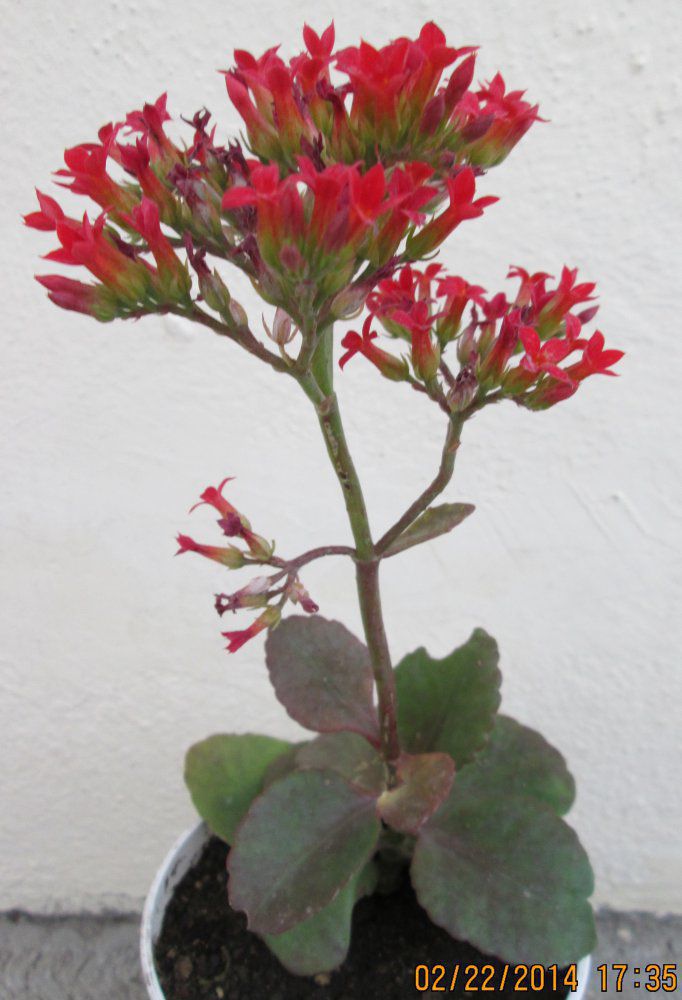 #4 I've had this plant for a while but not sure on the name. It might be Bryophyllum pinnatum??
http://en.wikipedia.org/wiki/Bryophyllum_pinnatum If this is the same plant. during the time I've had it no bell shape flowers. I've had in the morning sun and afternoon shade. But the leaves still looked yellow and shriveled. The baby plant I've put them in the house south facing window. I'm not see the same problems with the leaves. I think I will bring the older plants into the house or put them in the back of the house more shade. 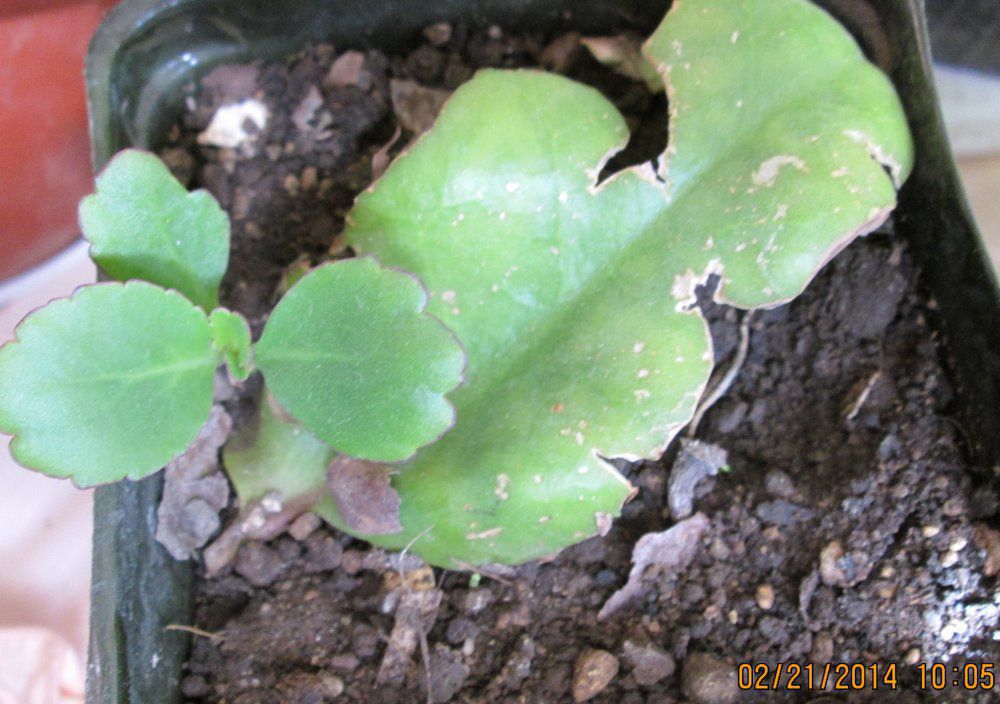 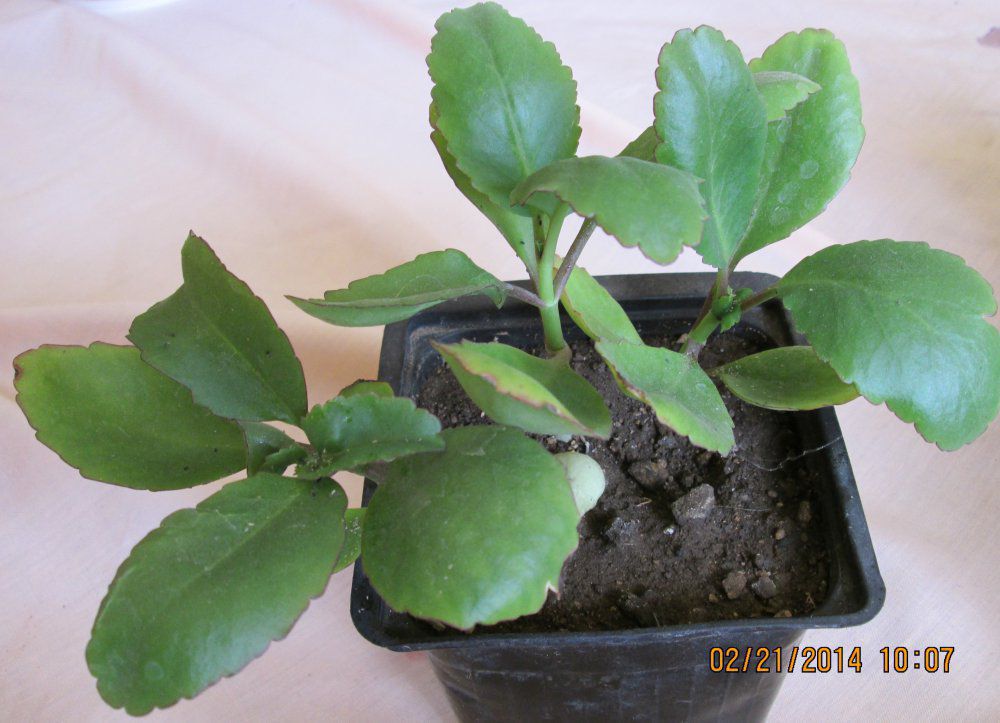 This photos shows my plant about 5 feet tall. But with problems with the leaves being dried out. This might be caused by too much sun. 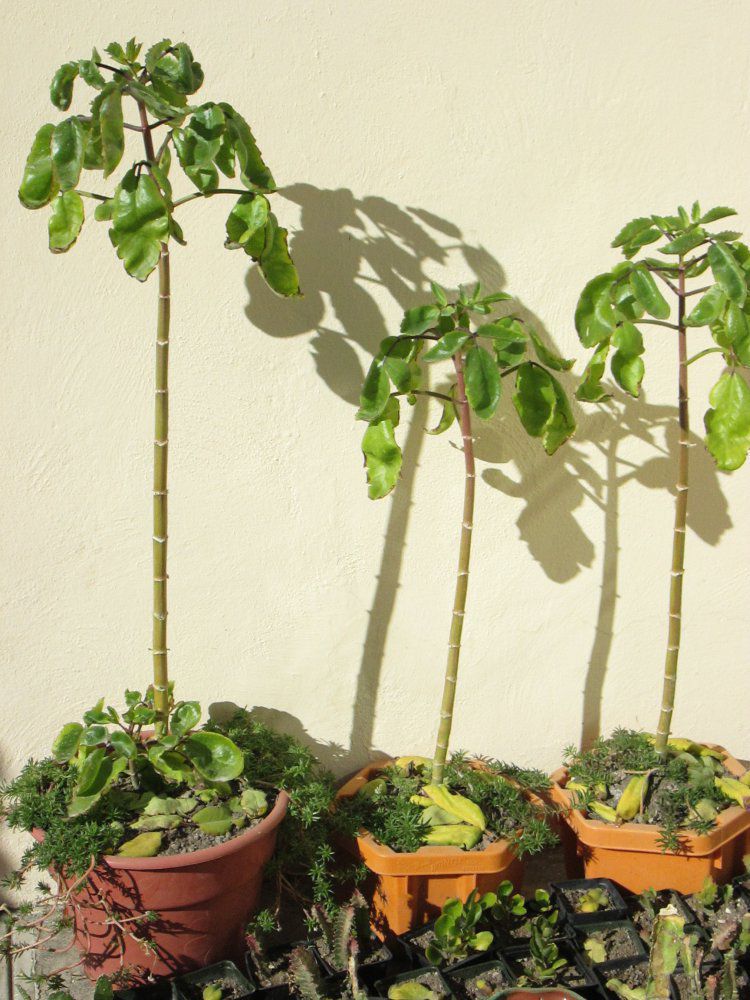 #5 My wife sister has this plant it seems to be some kind of bush? 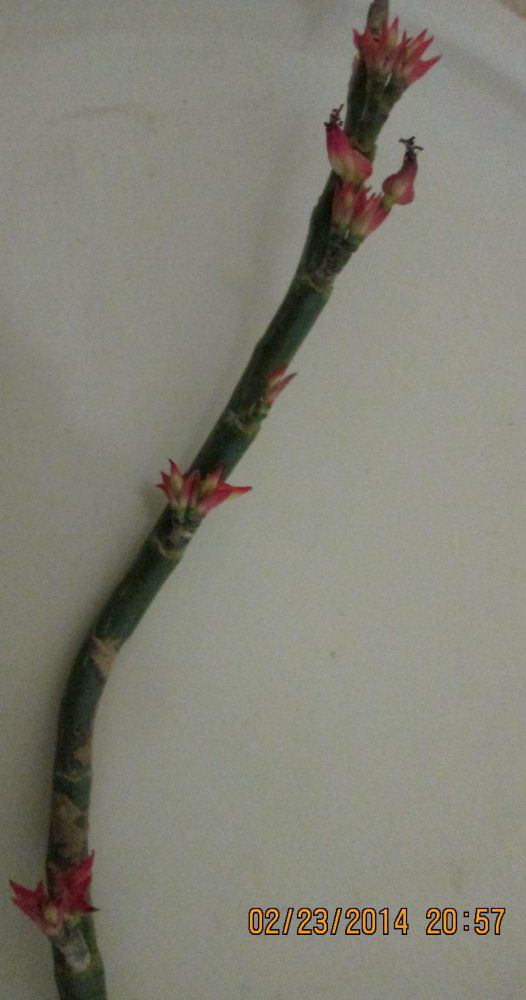 Thank you for your help.

Wow. Those are beautiful. I would also like to know what the plant at the very top is called because there's some of them growing near my apartment. Every day they seem to creep closer to the apartment building. They grow fast along the ground, like they're walking very slowly.

The one with the flowers is related to the Kalanchoe family, and you are right about the Jade Plant resemblance on the other. It almost certainly belongs to the Crassula group

Thank you ACSAPA and Mithos,

other one looks like my cane plant 1st one

The first plant (pics 1, 2, & 10) looks similar to Dracaena aletriformis, native to southern Africa, but there are other similar species. Flowers and fruit would be necessary for a firm identification.

The second plant (pics 3 & 4) is Creeping Jade (Kleinia petraea, formerly Senecio jacobsenii) in the Butterweed Tribe (Senecioneae) of the Daisy Family (Asteraceae). It is native to Kenya and Tanzania.
Despite similar leaves to Jade Plant (Crassula ovata), the two species are not closely related, being in different, distantly-related plant families.

The third plant (pic 5) is Kalanchoe, likely K. blossfeldiana, in the Stonecrop family (Crassulaceae).
Kalanchoe blossfeldiana is native to Madagascar.