Help to ID these two plants

I need some help to ID these plants

Thanks, the first I thought was “Dumb Cane” but not sure, cannot find a picture alike in the net.

Have another plant to ID 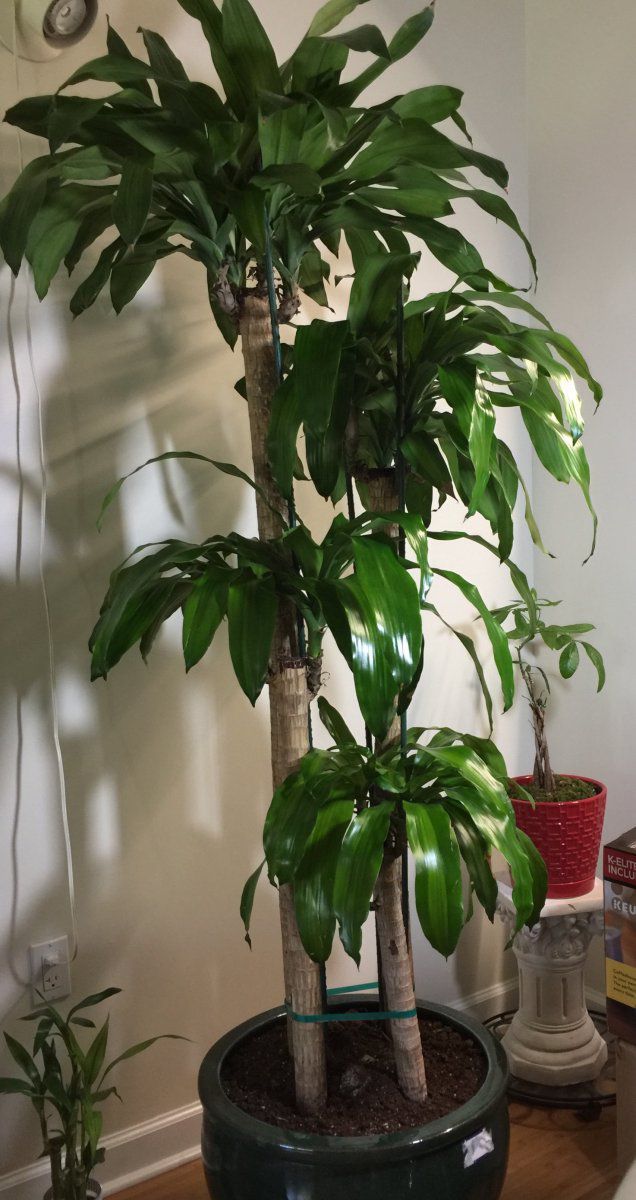 I found the name: Dracaena fragans or Corn plant......
Ad

The second photo is a Peace Lily (Spathiphyllum cv.), also in the Aroid Family (Araceae).
The genus Spathiphyllum is native in two disjunct regions. In the New World it is found in southern Mexico, Central America, and northern South America. In the Old World it occurs in the Philippines, Sulawesi, Moloccas, New Guinea, and the Solomon Islands.

The third photo is a Corn Plant (Dracaena fragrans), in the Butcher-broom Family (Ruscaceae, or alternatively the Nolinoideae of the Asparagaceae), native to tropical Africa.
Ad