Cobbler made with blueberries from garden

Quesadillas with Arugula from the garden 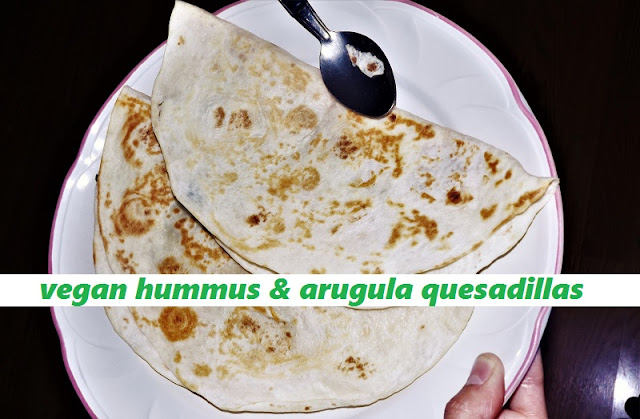 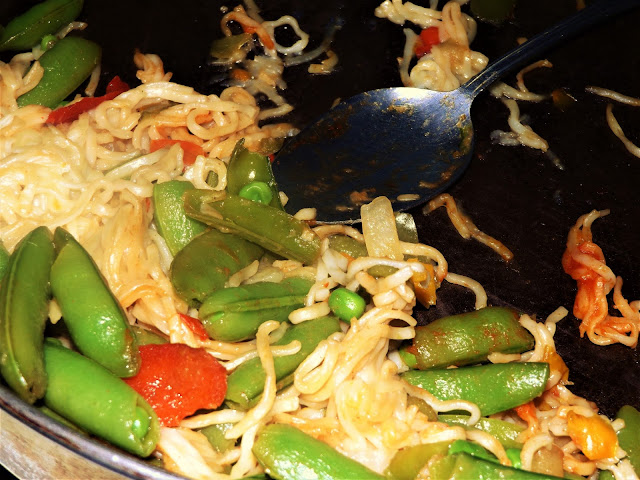 Fried Swiss Chard and Peas from the garden 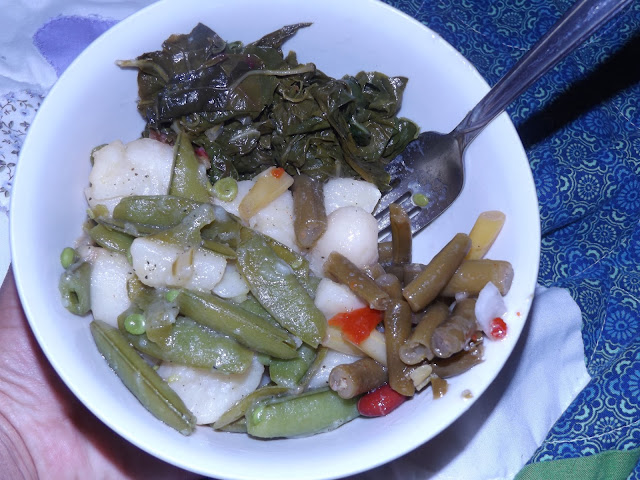 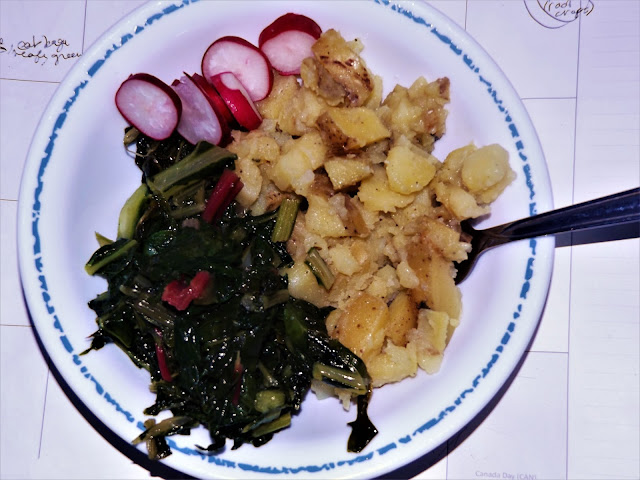 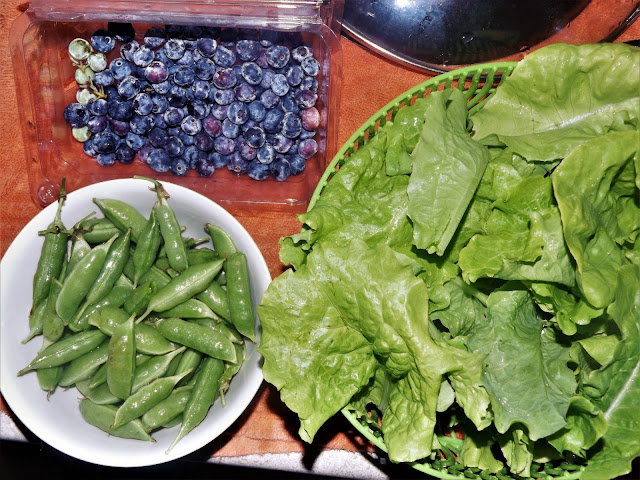 With the lettuce and onions from the garden, I made a salad with (store bought) tomatoes and avocado and mixed the salad then put it in a tortilla wrap to make a "salad wrap". 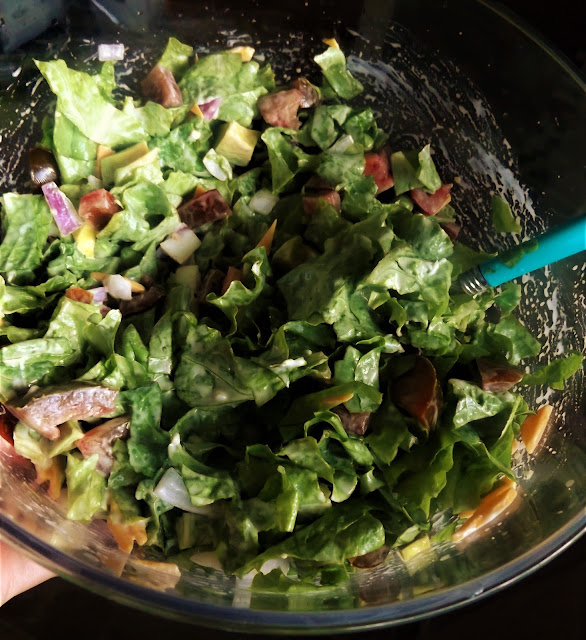 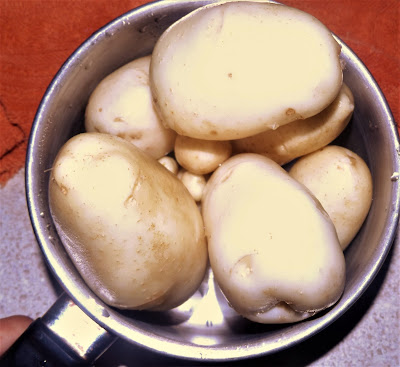 potato harvest from one grow bag

Last night I fried zucchini and crookneck squash for dinner that I harvested from the garden. I sliced the squashes and fried with a little oil, water, salt and pepper and served that over some rice.

the top left squashes were fused together

I harvested beets from the garden as well...Now I'm going to figure out what to do with beets. 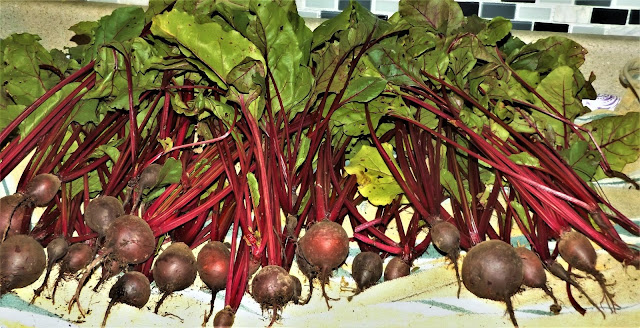 What I did with the beets... 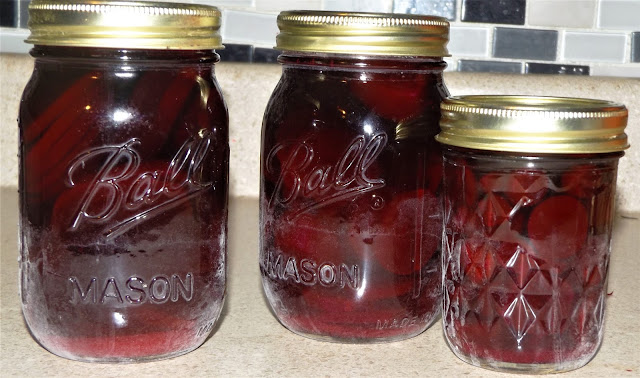 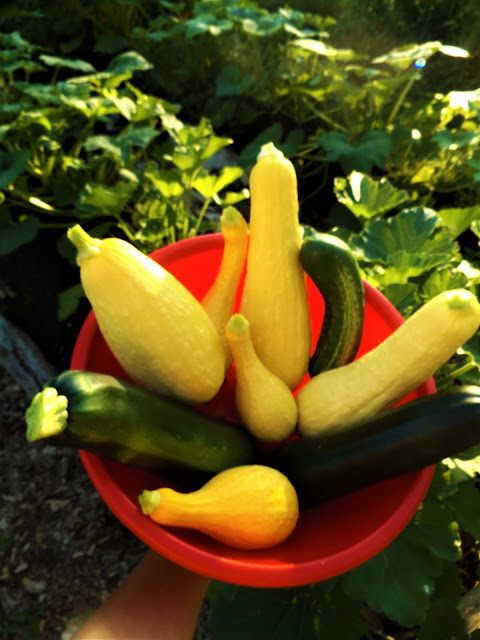 I put blueberries on my breakfast and apple and Blueberry pie or a crumble. 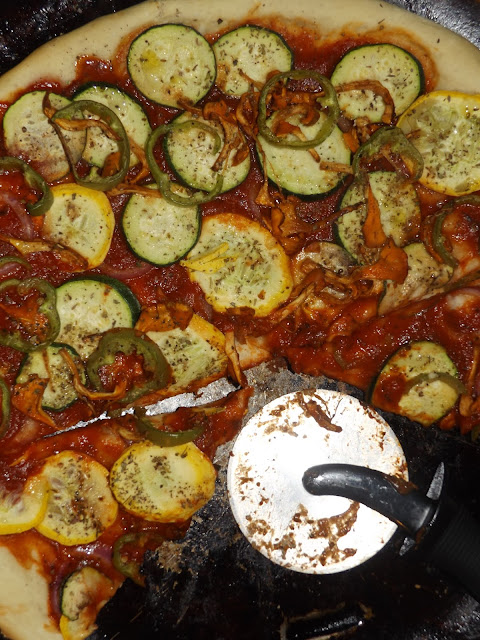 I have a lot of cucumbers from the concervatory and chillies. I do a cucumber and chilli chutney. Or if you don't like chilli, could have sweet peppers instead. 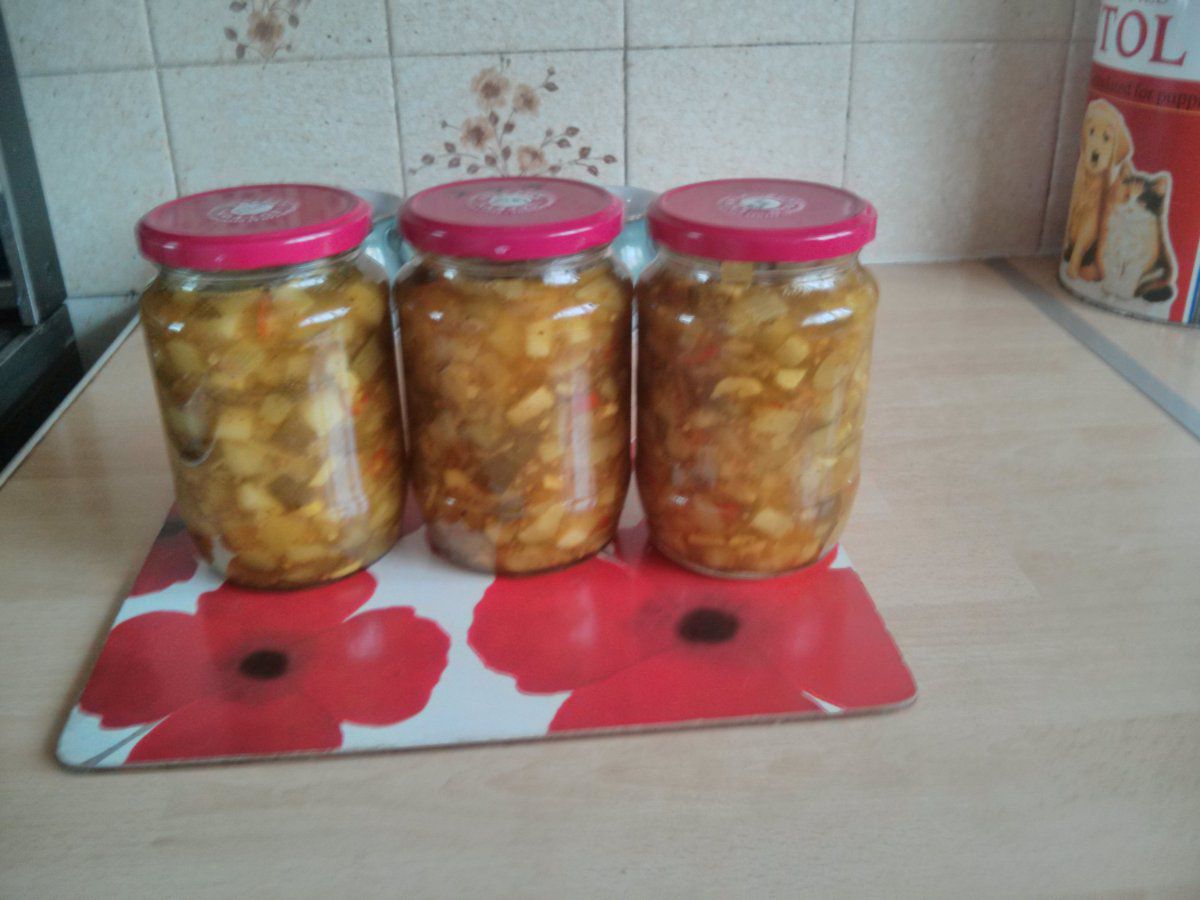 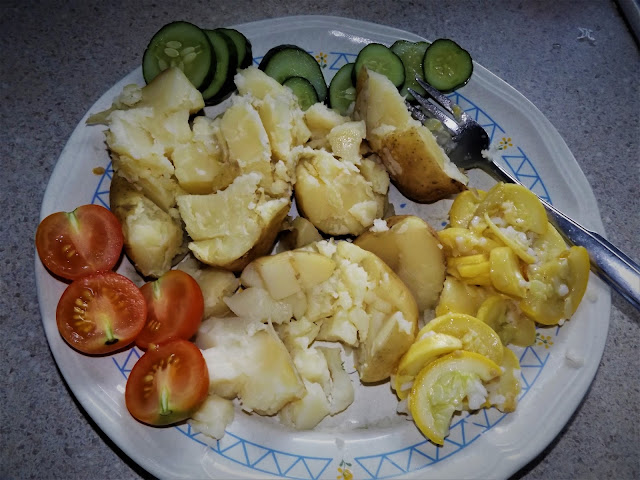 As you know, I have made pizza, spaghetti, salads, stir fries, and smoothies with the garden fruits and vegetables. If you looked at yesterday's post, I have a picture of the buttercup squash I ate from the garden. I broiled the squash and ate with vegan vanilla ice cream. You can look at my previous posts this summer to see some of the dinners I have had with the garden food. I have been boiling potatoes and eating with slices of tomato and cucumber, as well. I encourage you to experiment with your garden foods!

I have been pickling cucumbers, freezing berries, zucchini and crookneck slices to preserve the fruits that I can't eat immediately. I have also been dehydrating some of the vegetables. I made crookneck squash chips by dehydrating slices and then packing them in jars when they cool. 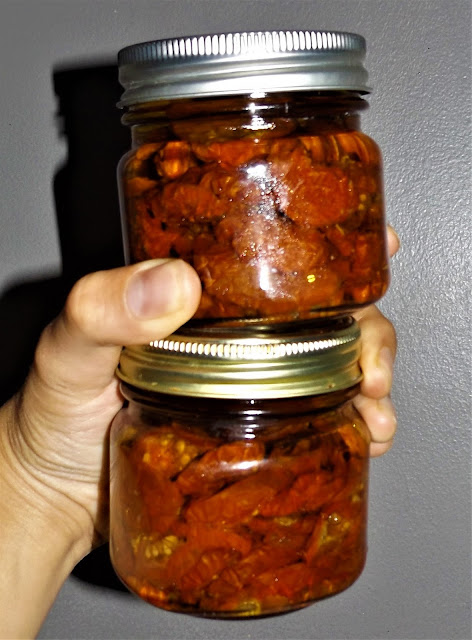