Bit of a conundrum - we moved into a new build and during lockdown made good use of the working from home to do a fair bit of landscaping to what was just 1 big grassed back garden. I did notice the ‘ soil’ was more clay and dug in 2 tons of compost as i created the rear plant bed + some shingle. Come winter in the UK and some heavy rain...& ive got flooded beds that dont seem to drain away .
Concerns are some of my plants wont survive waterlogged roots + presumably barely any bulbs will... & in retrospect, i should have build raised beds (although that would of added to the £)

So ideas on what to do would be very much appreciated please.
We wanted to add a row of 1.5m pleached Hornbeam to the back to add privacy..my concern of course being this time nxt yr, they wont like being waterlogged.
Help!
Thanks 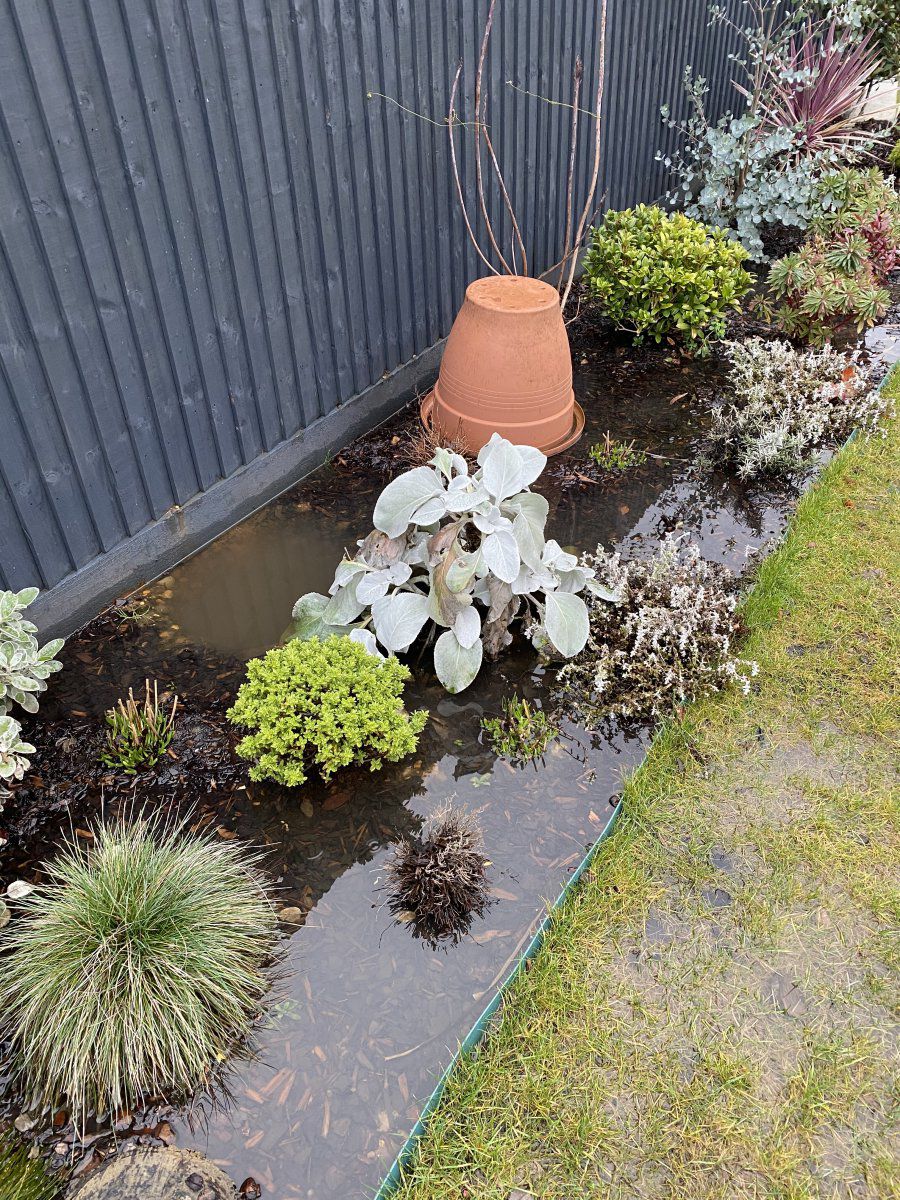 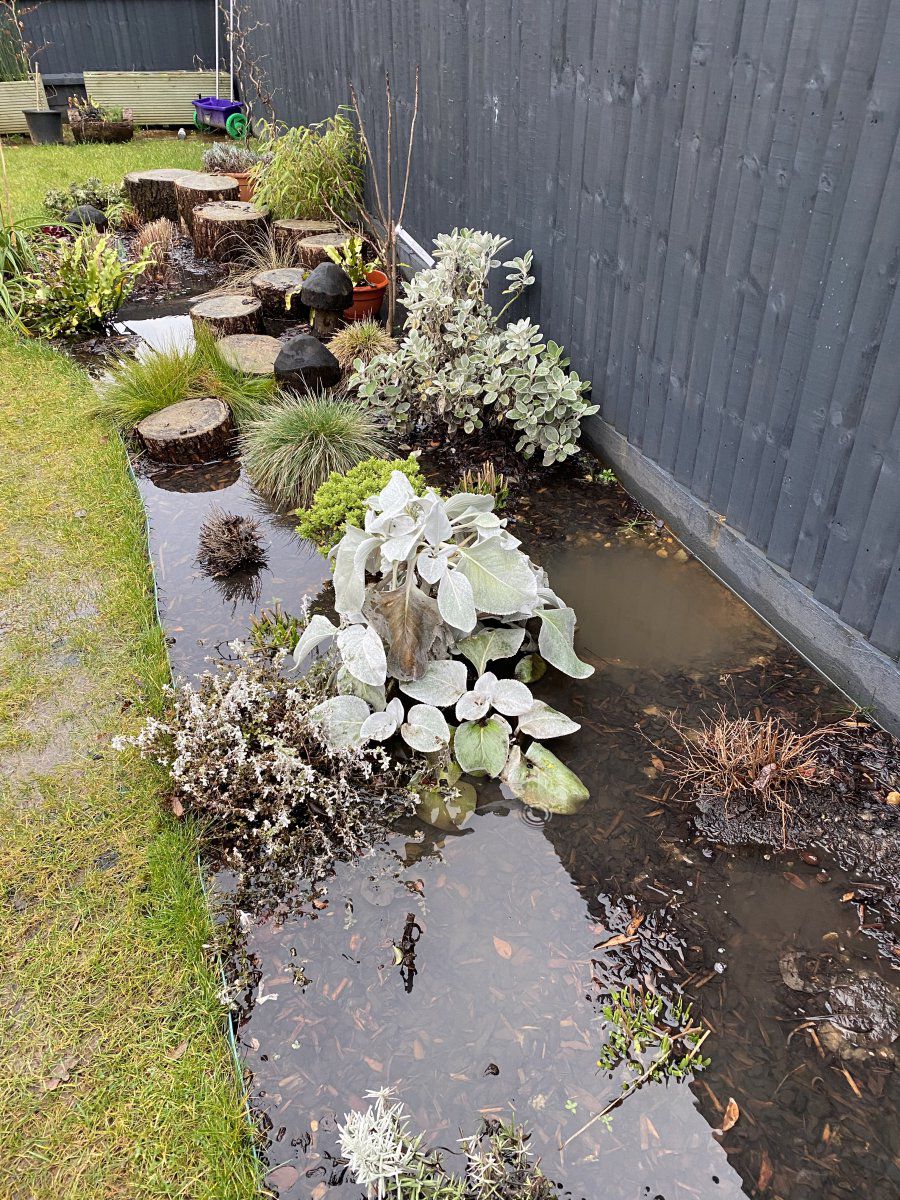 I would get a pile of wood chips to soak up that water and over time the chips will break down and create more organic matter that will improve soil's infiltration rate. In my area you don't need to buy wood chips, we can just get a Tree Removal Service company to drop them off for free.

Welcome to the forum

If you're on a clay substrate then there's nowhere for the water to drain to in the winter. It'll absorb the water during the summer but that doesn't help you now.

If however it's just a clay pan that's been puddled by the building work then you may be able to break thru it, try banging a metal rod into the lawn as far as you can, pull it out and then see if there's any drainage thru it.

Oh dear, I feel for you!!
Is there an area of the garden that is higher/drier? - somewhere you could move the plants to? If not, I would be tempted to use some big pots to move the plants to whilst you work on amending the situation, so they can dry out a bit.

As you have clay there, and in order to raise an alternative bed, I think it might be a plan to put in a pond liner in that spot, and use the excavations to help build up a decent high bed so that the plants can go back in that.

The trouble with clay is that although it behaves like this in the wet it`s exactly the opposite when that dry hot summer comes along, and a pond would be good to attract wildlife in.

You plainly have an eye for design, so don`t give up whatever you do. 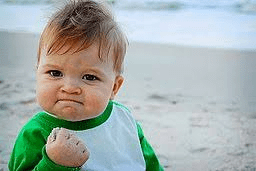 Welcome to GF forums
It will be best to pot the plants up like Tetters said. Then double dig it and put a lot of organic matter in as you do it. Then after just keep putting it on. As time goes by the drainage should get better.

That's a good video in post number 5 above. And if you notice, she says you can work the organic matter into the clay a little (but you don't have to, it will make it down eventually), but overtime as you keep layering OM on the soil, digging it in is just a waste of time, because all the soil organisms you attract will do that for you, especially the worms.

You can also think about incorporating certain plants that have deep tap roots that are able to break up the clay and if you remove the plant, leave the roots in the soil to rot away. One good plant would be fava beans, but there are many others.

Also, I want to emphasize that if you use wood chips, make sure they're wood chips and NOT bark from trees, such as Pine Bark. This is one of the worst mulches, because it doesn't degrade well, mostly because its ability to repel water. But as she correctly says in the video, you don't need to use wood chips as a mulch, just using a heavy layer of leaves will greatly improve your clay soil overtime.

P.S. She mentioned moles, I know a lot of gardeners see these animals as pests, but I don't. As she points out, they are very good are aerating the soil, plus they don't attack plants. Moles are NOT at all related to voles. Voles are gnawing rodents, moles are not, they're insectivores.
Ad

I have about half an acre of clay.

About 20 year ago it looked almost like yours. The first summer I dug a trench about 20 inches deep and a foot wide. Put six inches of gravel, in the bottom and laid a six inch weeping plastic pipe on top and covered with a bit more gravel and ran the pipe to a run off low spot. Put the sod back on, now my yard has no standing water. The weeping pipe is cheap, it is used in septic tank beds. No amount of soil added will eliminate standing water.

All my neighbors only grow grass. Clay is wonderful soil but it has to have drainage.

I just go on top and do not worry about it. Earthworms and other helpers will pull compost into the clay soil, but even then it basically creates a bowl where water sits. You really do not have to go very high, because the roots that really appreciate oxygen seem happy in the upper several inches of earth. In the garden I plant in hill rows. Around the perimeter of the lawn I will raise a bed for roses and such but many plants will tolerate clay or even love it so those I can plant normally.

great ideas. I will also take them for my land
I

So ive removed and bagged all my plants - then i started trying to dig and pump water away where i could. Figured when weather improves i can sort this out with allllot of gravel by digging 300mm down and taking out all the current clay/topsoil, then building a railway sleeper bed on top.
Considering installing a french drain as part of this to lead away 15-20ft into a downpipe from garage guttering that leads into a soakaway crate somewhere buried deeper in garden.
Thoughts?

Sounds alright to me and the raised bed will be better.
Ad

Seems like a plan ! It`s a shame you don`t think a pond is a good idea as it would bring in the wildlife, and a fountain/waterfall is very calming in a garden.
My grandfather sorted out his clay by growing a big crop of potatoes there in the first year - hard work, but a lot of food for the effort.
Water from the gutters could be harvested in water butts - best for watering your plants in the lovely hot dry summer I`m hoping for.
Roses do particularly well in clay soil.
You can`t go wrong adding grit/gravel or sharp sand.
If using railway sleepers (real ones) watch out for the tarry stuff that`s in them, and remember that raised beds need more watering too..................my thoughts for now!
We would love to see what you do there, and wish you good luck with it