Does anyone have any idea what's happened to my monkey puzzle triplets?

Having strange phenomena with all my plants recently, I think they may be stressed out from the move from London to Budapest.

Most are alright now but I'm particularly worried about one of my monkey puzzle trees. Upon arrival, the monkey puzzles had very strange bright yellowing of the leaves towards the end of the stems, like they had been bleached by far too much sun. They spent 4 days on transit and were not exposed to sun but it was a hot day when they arrived.

All were affected like this but surprisingly, even the two seedlings are a nice deep vibrant green again and showing signs of quite rapid growth but worryingly, the triplets seem to still be affected and do not seem to be growing at all. Does anyone have any idea of what exactly happened here and how I may go about treating them? I have considered coppicing but don't know if the best course of action would be to cut them back expecially as the others seemed able to return to a healthy state.

Included pictures of before and after the move for reference 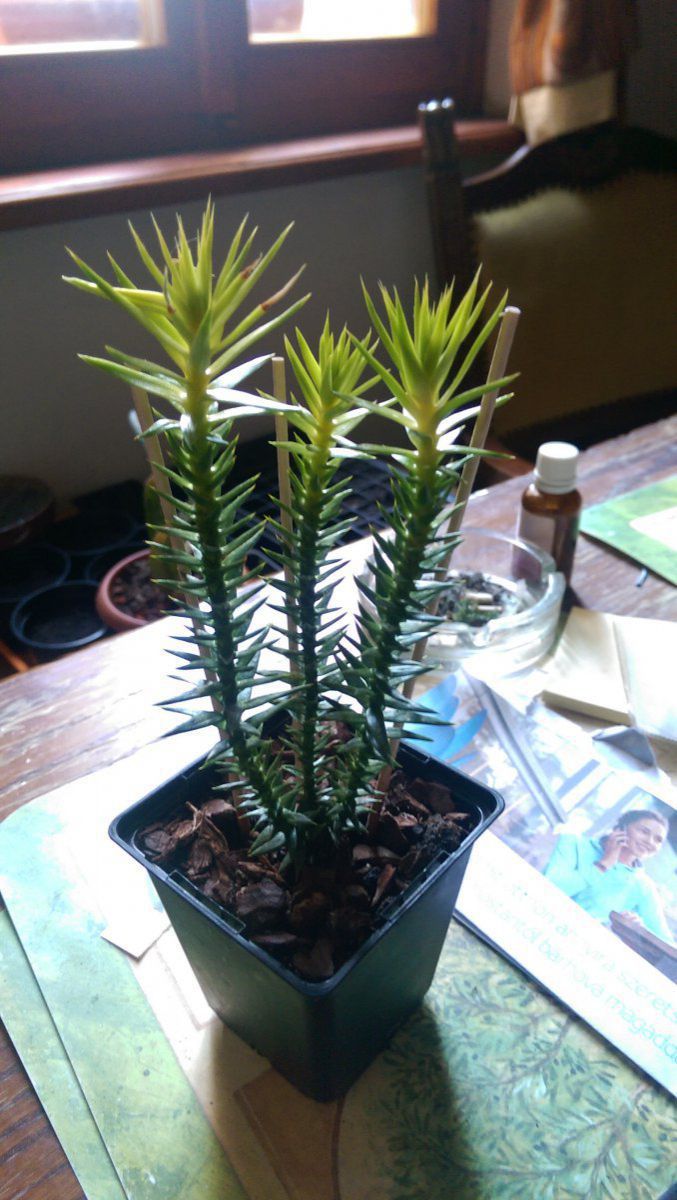 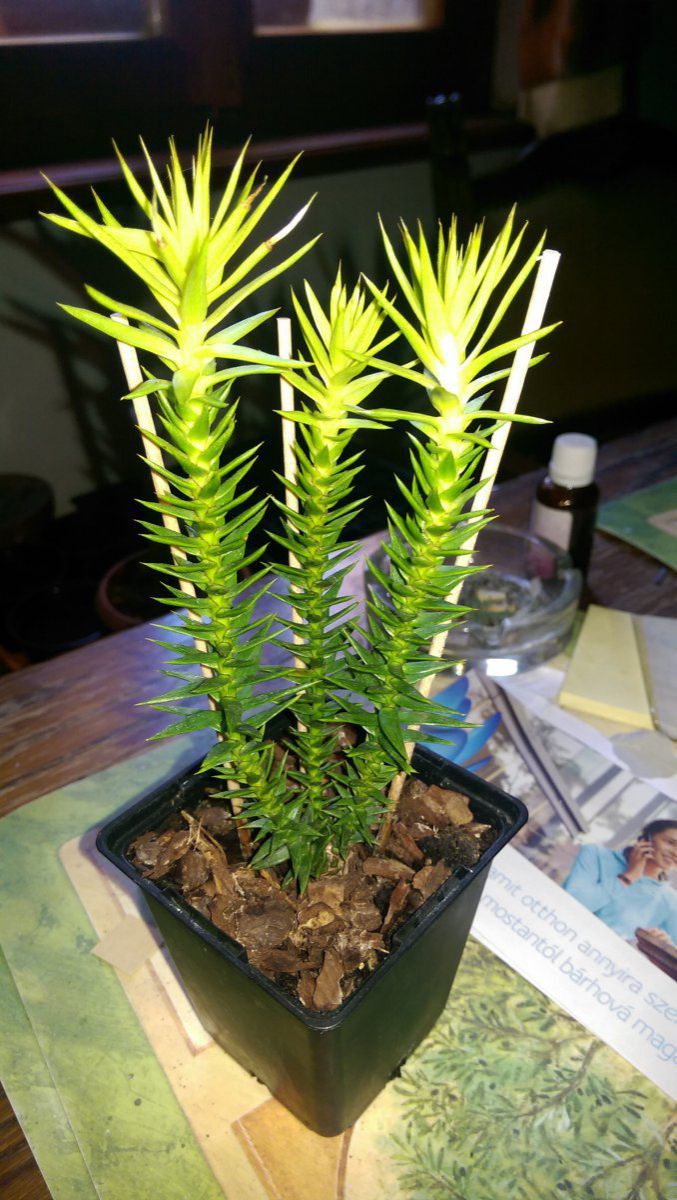 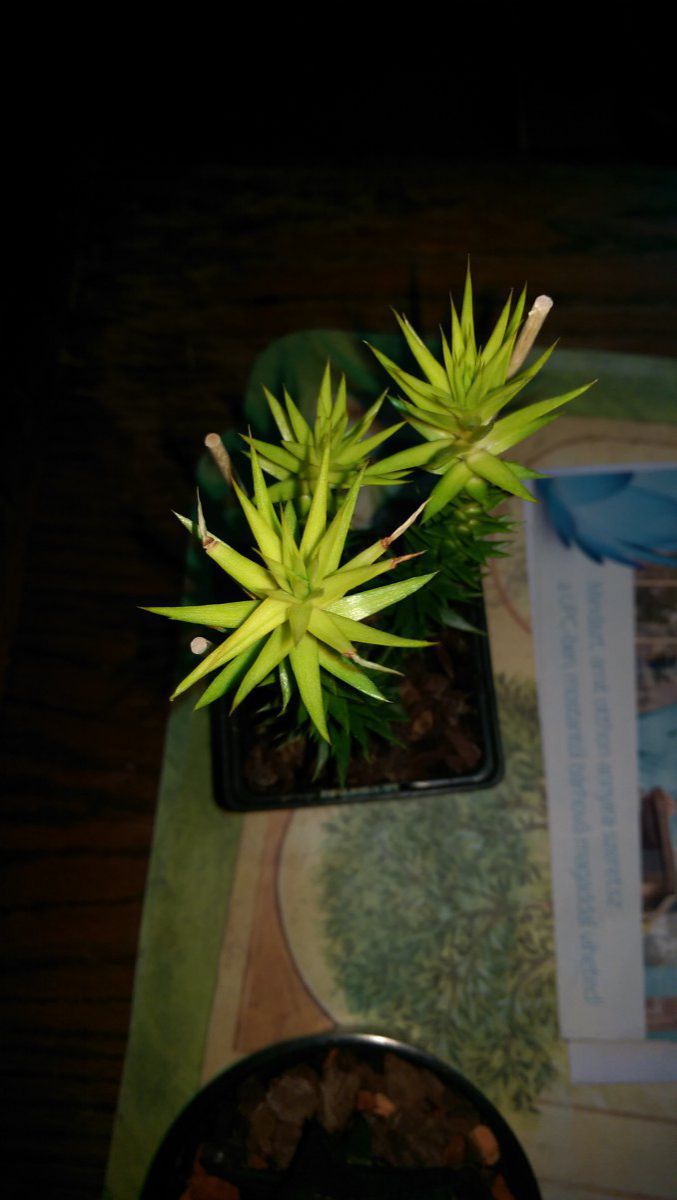 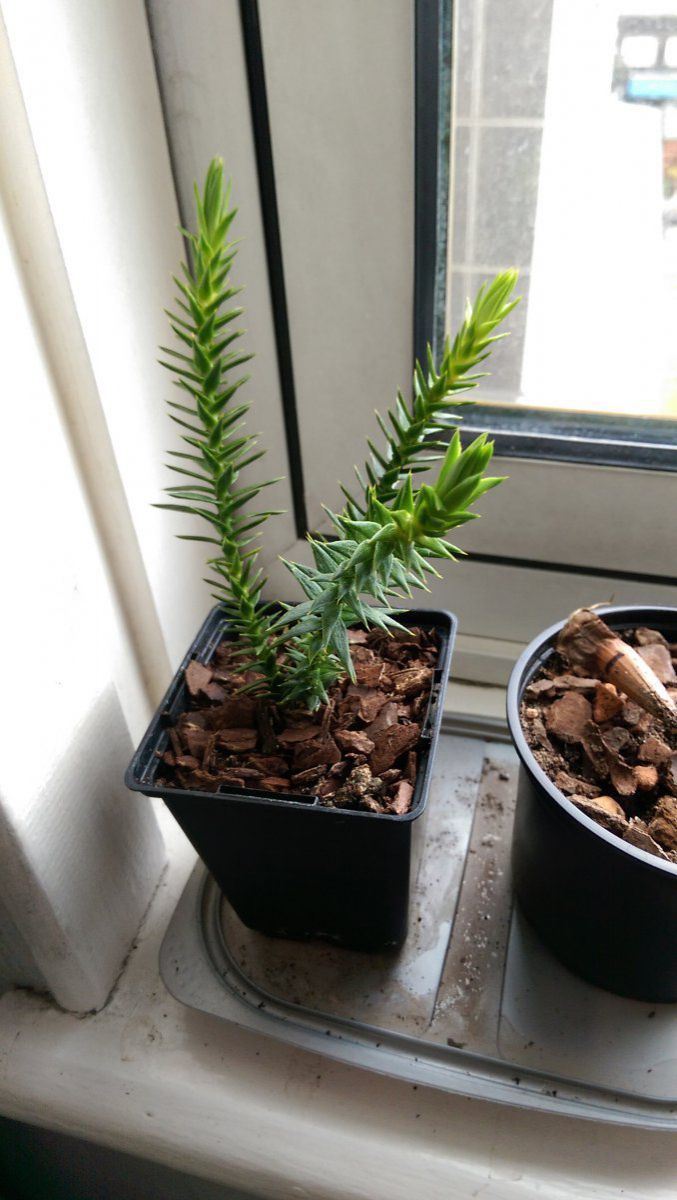 I'm guessing it might be the sudden change of temperature, think they're originally a mountain species.

I see.. Any idea what the best course of action is to take here? Would like to know if I should trim affected area or leave it be

I would leave it to acclimatise, being a monocotyledon, I don't know what would happen if you trimmed it, it might try to re grow from the base.
Ad

Perhaps the symptoms of etiolation come on very quickly, when young Monkey-puzzle Trees (Araucaria araucana) are kept in darkness, as happened during their transcontinental move.

Is that three branches on one seedling? If it really is three seedlings I would recommend separating them.

I presume it is a seedling or seedlings, as most lateral cuttings from an Araucaria do not develop into vertical trees dues to determined shoot dominance that doe snot allow for subsequent hormonal modification, though a leader or other vertical shoot cutting would continue to grow upwards.

Araucaria araucana is native to the Southern Cone of Chile and Argentina.
The genus Araucaria is one of three genera in the Monkey-puzzle Family (Araucariaceae), the others being Agathis, and the monotypic Wollemia nobilis. The latter is a remarkably recent botanical find, first discovered as a living plant in New South Wales in 1994.