Dandelion infested moonscape for a lawn..

Dear all,
please could someone give me some advice on what to do with our new garden. The lawn is about 5m x 8m. It is full of small craters (about 20cm deep) so twisted ankles are a real likelihood, it is also chock full of dandelions. (A bit of history, apparently until about 8 years ago the garden was full of trees which were then removed, so it is highly likely that the craters are linked to that). I would like advice on how to tackle both our dandelion and crater problem - preferably with as few chemicals as possible as we have a baby under 1 who is at crawling and exploring age.. and also as I hope to plant herbs and vegetables for harvesting in the flower beds next to the lawn.
many thanks
Chalktortoise
Ad

Welcome to the forum @Chalktortoise .
Seems to me you need to roll up your sleeves and start digging the ground over. Rake out all the weeds, and rake level.
You then have the option of laying new turf or sowing seed over the prepared ground.
As we are coming into winter it may well be worth waiting until springtime now to sow lawn seed.
New gardens are really good for keeping you fit ! 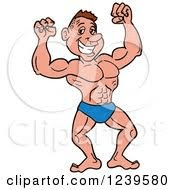 Welcome to the forum from me too.

Excellent advice from Tetters in digging the ground over; remove as much debris as possible; stones; weeds and roots etc; if the ground is wet it makes digging a lot easier; roots might be a problem due to trees being removed.

I did similar work at the top of our mountain about two years ago; I removed a 40' long hedge mixed of snowberry; holly; bramble and mile a minute vine; it was incredibly hard work because I also removed the stumps/roots. To the front it was laid to grass so I turned the lot over by spade removing lots of stones and many roots. This was done about this time of the year then it was left to winter until the following springtime. Bron generously bought me a new Hyundai petrol rotavator as a Christmas present but when I tried to use it for the first time I was very disappointed because it jumped and bounced out out of control stalled on stones and roots it also bogged down because the ground was sodden. A few weeks later the ground had dried sufficiently to have another go; the rotavator still jumped and bounced around but I started to get the hang of it; many times I stopped to unjam the tines removing roots and stones; my arms felt like they were dropping off and I was working on a steep slope.

As the rotavator bounced around it was was throwing up grass sods and stones; about a month later the soil was incredibly good by now it had been rotavated half a dozen times; the grass sods were broken up; roots and stones were no longer a problem in fact as I walked on the freshly rotavated soil I sank in about three inches it was so soft. The soil was left bare to allow any weeds to pop up then late springtime this year I rotavated once again but this time did a lot of levelling using a rake; this really did tidy the area and allowed the many smaller stones to be removed; I didn't want grass but instead Bron and I thought turning it into a small wild flower meadow would be a good idea so we bought wildflower seeds from Meadow Mania. At first I thought thousands of weeds were popping up but within a short while these suddenly went ballistic and we were rewarded by a breathtaking display of mixed wildflowers up to 4' tall; it truly was incredible to see.

I don't class myself as a gardener but over the last couple of years having finally finished our bungalow work I could spend time in our overgrown gardens and now I spend lots of time gardening; one thing I have learnt is I only get out of our garden what I put into it; gardening is hard physical work but is so rewarding. To try to tackle a big garden all at once is sure to put anyone off and end in failure; I started by getting rid of the big stuff first lowering and cutting back; we bought a Bosch shredder and this has done a huge amount of shredding; the shredded material was then used as mulch. I've been concentrating on the gardens over the last three years and now they look wonderful; many days I've worked myself to a standstill but with a feeling of well being knowing I'd something to show for my work.

I've gone on at length because many gardening novices haven't a clue where to start especially if the garden is big and badly neglected; as Tetters says roll up your sleeves and get stuck in; what will appear as a chore will gradully give way to pleasure and by doing the work yourself you save a fortune. 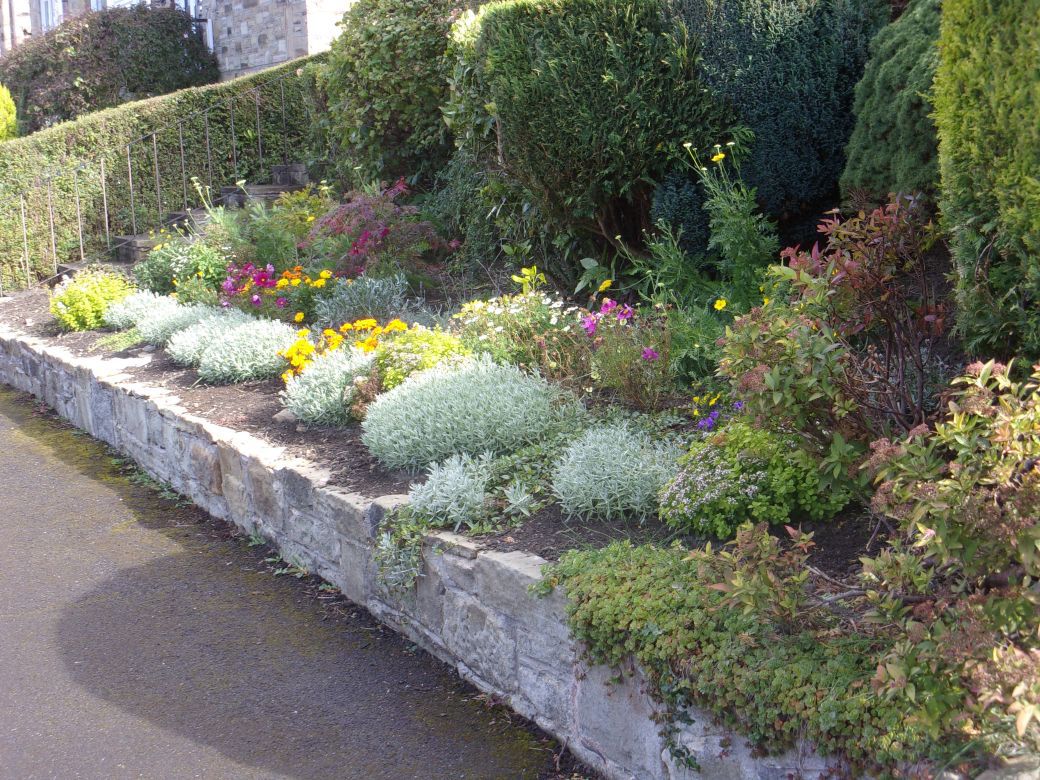 Front garden; this was crammed full of conifers about three months ago; the conifers have gone including roots; we planted the conifers about 30 years ago so they were incredibly hard graft to get rid of; after digging over by spade the rotavator was then used. 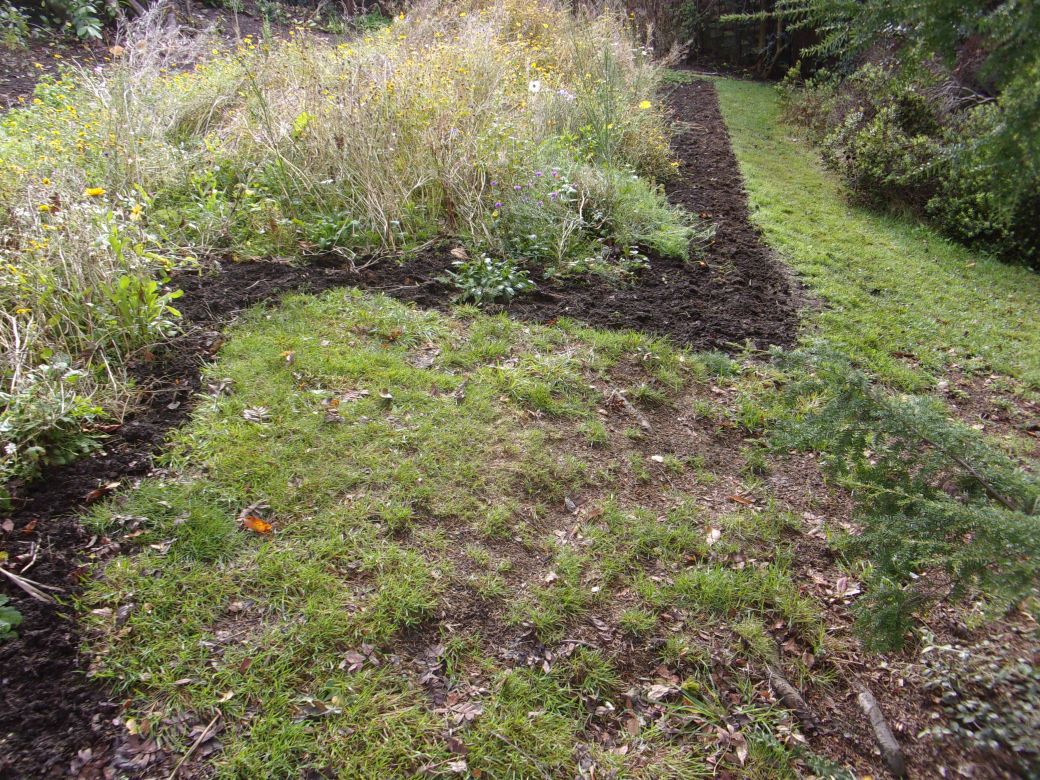 Our new small wildflower meadow nearing the end of its first season; it's been incredibly beautiful; A couple of days ago I removed dozens of primroses and relocated them then made good the ground as seen. 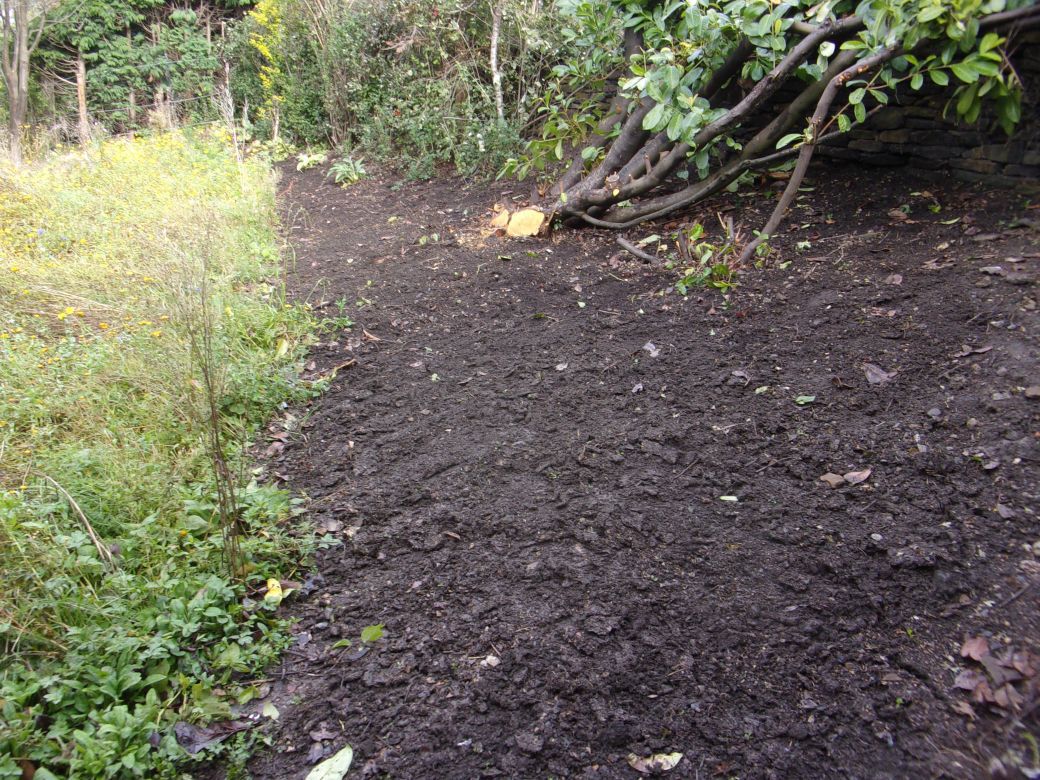 The laurels and rest to the hedge had grown out of control so over the last three years I've kept attacking it with petrol hedge trimmer and petrol chainsaw; the sawn stump gives an idea as to what size the laurels were; it's all now lowered and cut well back to both sides; lots of shredding and the logs gone to a neighbour who has a woodburner; this picture take a couple of days ago and shows how sodden the ground is. Stones; roots and all debris now removed so next year this prepared soil will be seeded with wildflowers to increase the size of the meadow; the area is 60' long x 20' wide. What isn't seen is the sheer amount of work to get it like this. 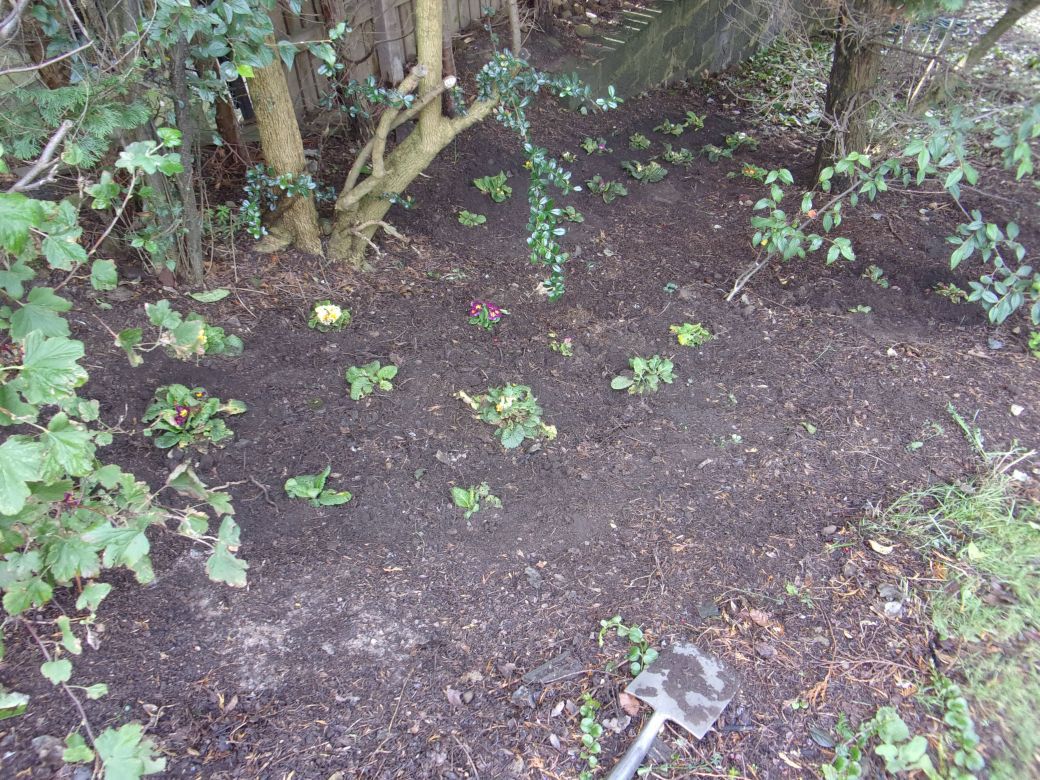 Some of the primroses in their new home. 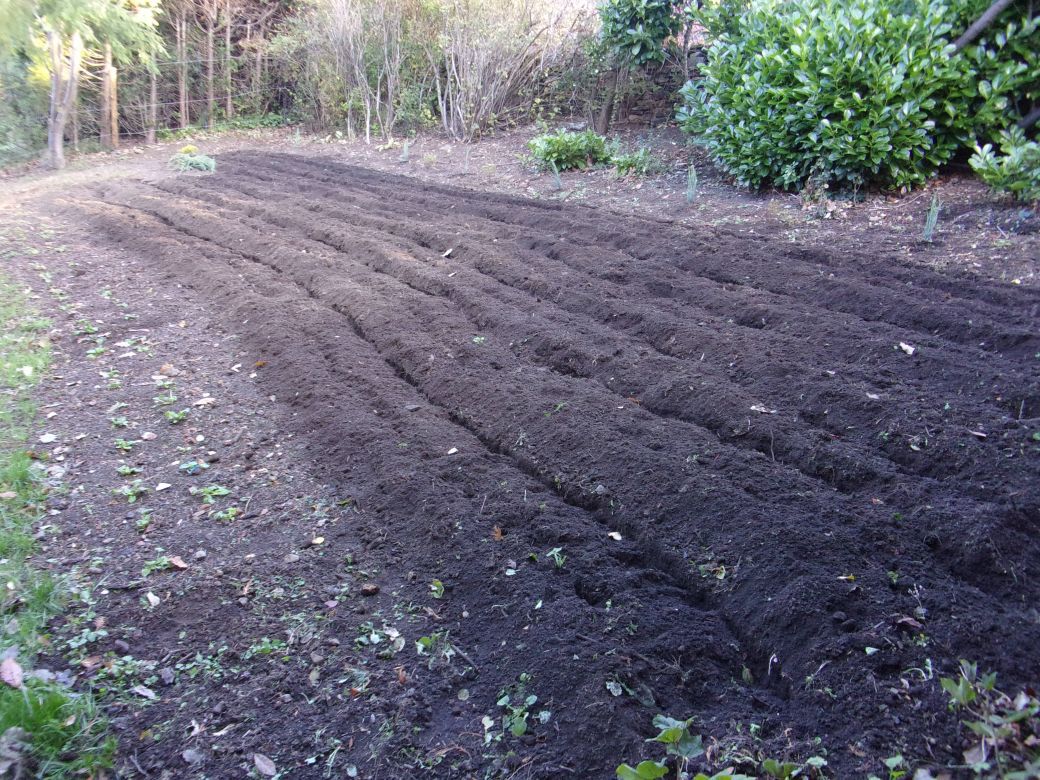 Going over half a dozen times with the rotavator and initial digging by spade revealed top quality soil. I had planted two rows of primroses which put on a lovely display but once the new wildflowers grew the primroses were dwarfed so I relocated them last Saturday. 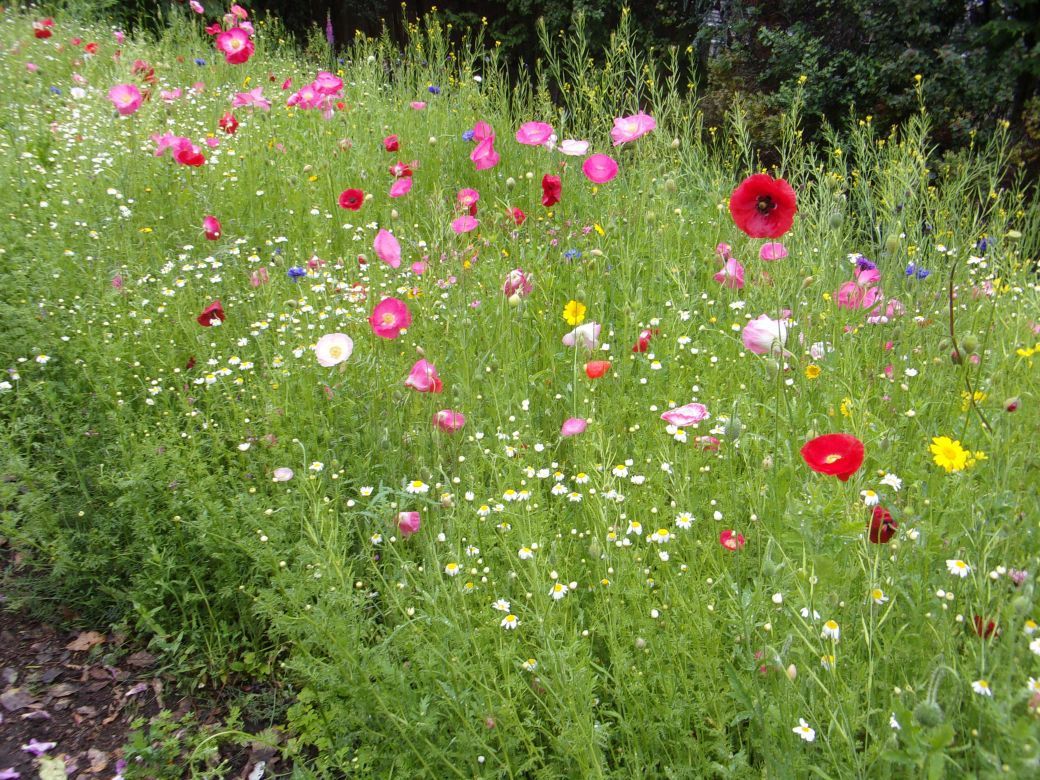 These wildflowers were breathtaking to view; the picture doesn't do them justice; they bloomed for months and even now lots are still in bloom but battered by our terrible climate. 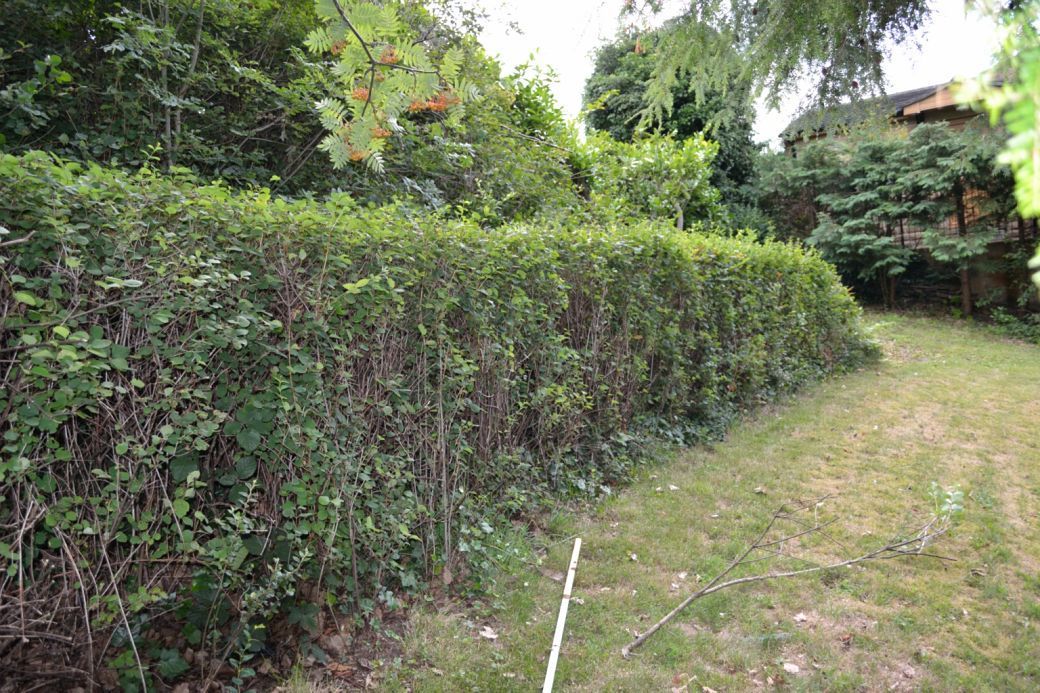 This is what it looked like; the hedge was completely removed including roots. The grass was turned over by spade. 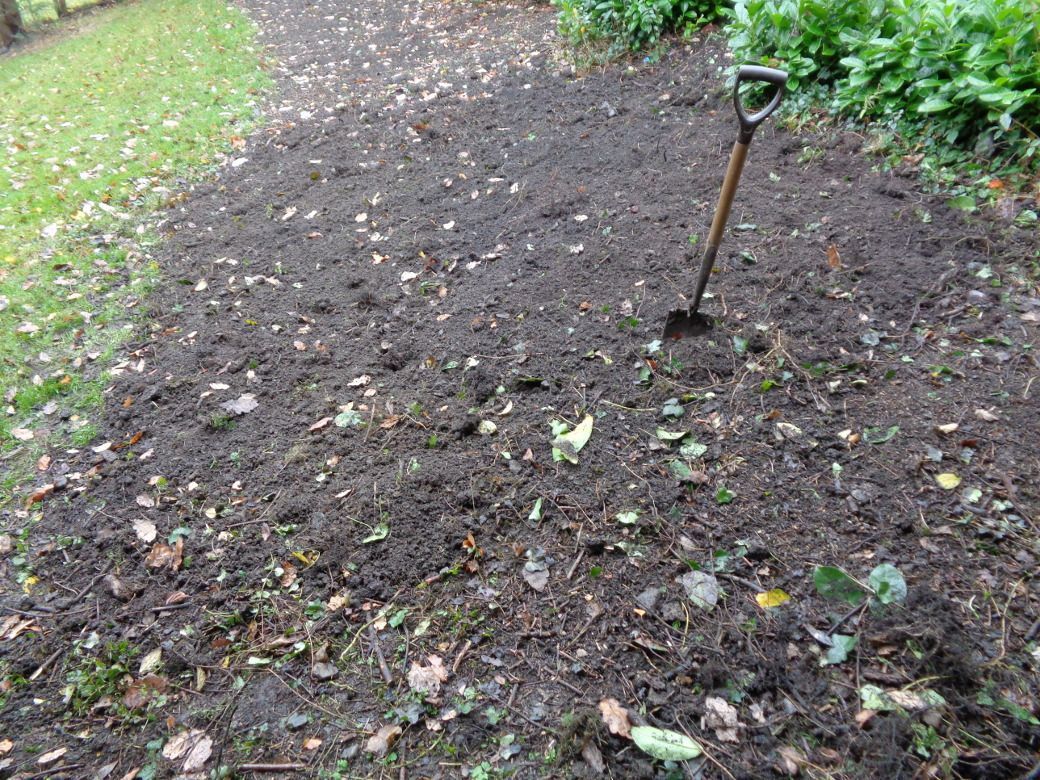 Definitely hard graft and just standing upright on the steep slope is challenging let alone digging or rotavating; by the time I had dragged the rotavator up to the top of our mountain I barely had strength left to start it; stubbornness and patience are great assets. Here in Yorkshire we get a lot of rain and wind; I've suffered many soakings but now I'm into gardening I'm going to buy a decent set of waterproofs. Note how wet the ground is again as I was digging. The rain seldom lets up and it's still raining as I type.

Please don't be put off by a bit of hard work; there's little personal enjoyment in paying gardeners; a spade and a rake doesn't cost much; other kit can be bought over time as required; aching bones are a sign that you're still alive.
Ad