Hardiness Zone
7b but houseplants only - apartment

A few weeks ago, I inherited a small jade plant Crassula ovate house plant whose previous owner had, er, neglected it a bit, after buying it for $4.99 from a supermarket. I suspect it had not seen water in weeks and maybe a couple of months. It was in sorry-looking fragments: dried stumps, a few stems and a handful of leaves. I did some internet research and on that basis made two types of cuttings: I re-planted the stems and put the 'orphan' leaves flat on moist medium.

It was a complete failure: within about three days, the stems broke off at the soil surface or at a low node. The leaves shriveled to dust. Darn.

In desperation – the few succulents I've had over the years have been resilient and low-maintenance so I've no real experience with 'rescue' or propagation – I did what I would do with normal 'temperate' plants: I put the stem fragments in water and shoved the leaves petiole-down into some soil. It did not look hopeful. Whatever happened to the poor thing in its last home, the leaves had become 'scaly' (see pics attached) and i feared that there would be nothing I could do to revive the fragments – that basically, it was already dead.

But bugger me: after a week, all the bits in water have struck tiny roots, some from the ends I cut fresh; some laterally from nodes below the waterline. AND the two stems that hadn't immediately died in the soil when I first got it, now seem to be surviving, if not exactly thriving.

So question: now what do i do? the jade plant seems to work really slowly: it took a long time to (nearly) die and it's taking a long time to revive. Despite the roots, i see no sign that the leaves are plumping up or the scaliness going, and there's certainly no new growth visible apart from the roots.

My instinct is to leave them for a good long while in the water, weeks maybe (change water every couple of days, maybe a tiny bit of caster sugar and / or food in the water every other change?) until they've grown significantly bigger roots, then transfer them to some fairly sandy soil. But I have no idea what I'm doing.

Any advice on the replanting – and indeed on care and propagation generally – would be gratefully received. I am an apartment dweller in the temperate NE USA. This plant will continue to be a houseplant. Southern exposure, plenty of sun incl. direct if needed. 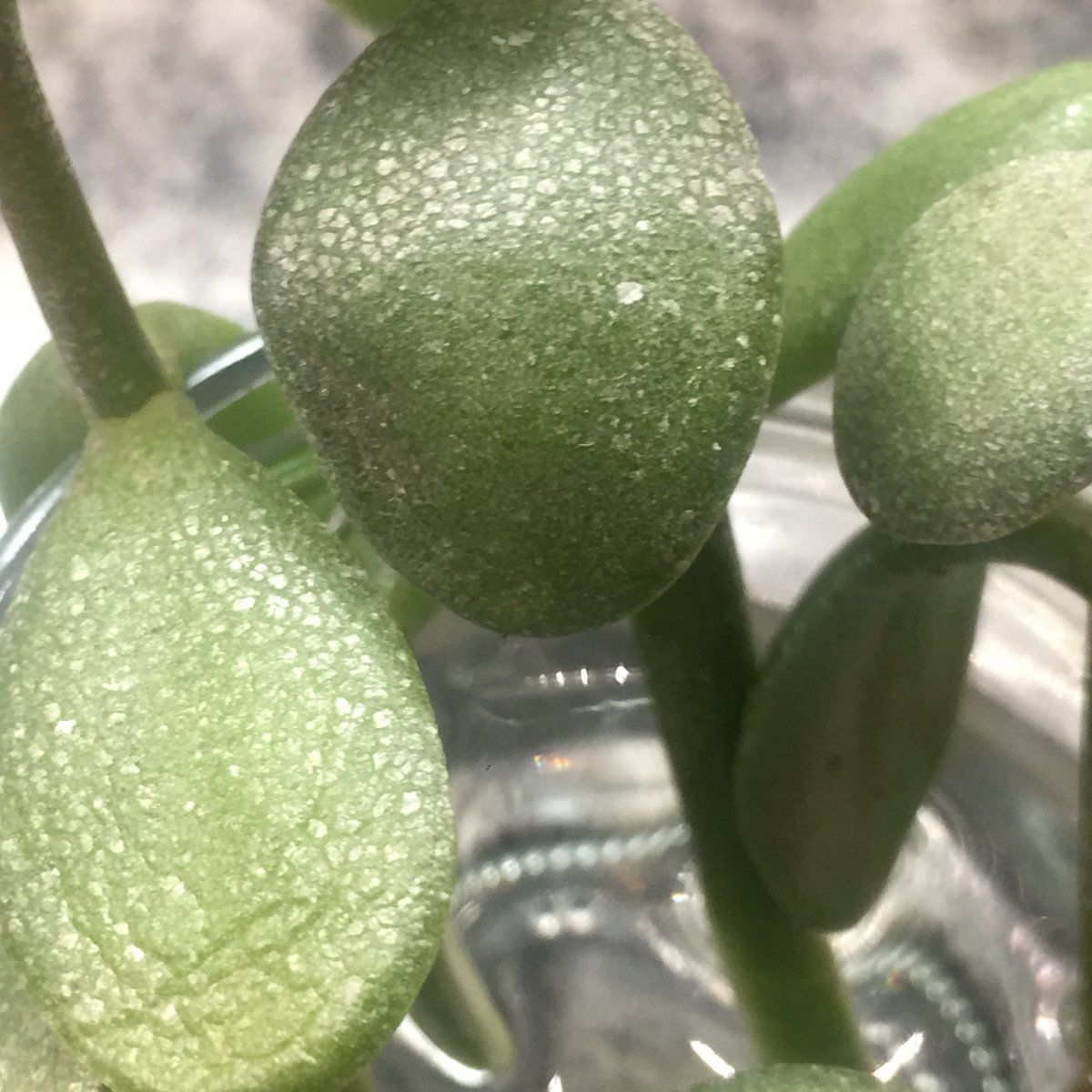 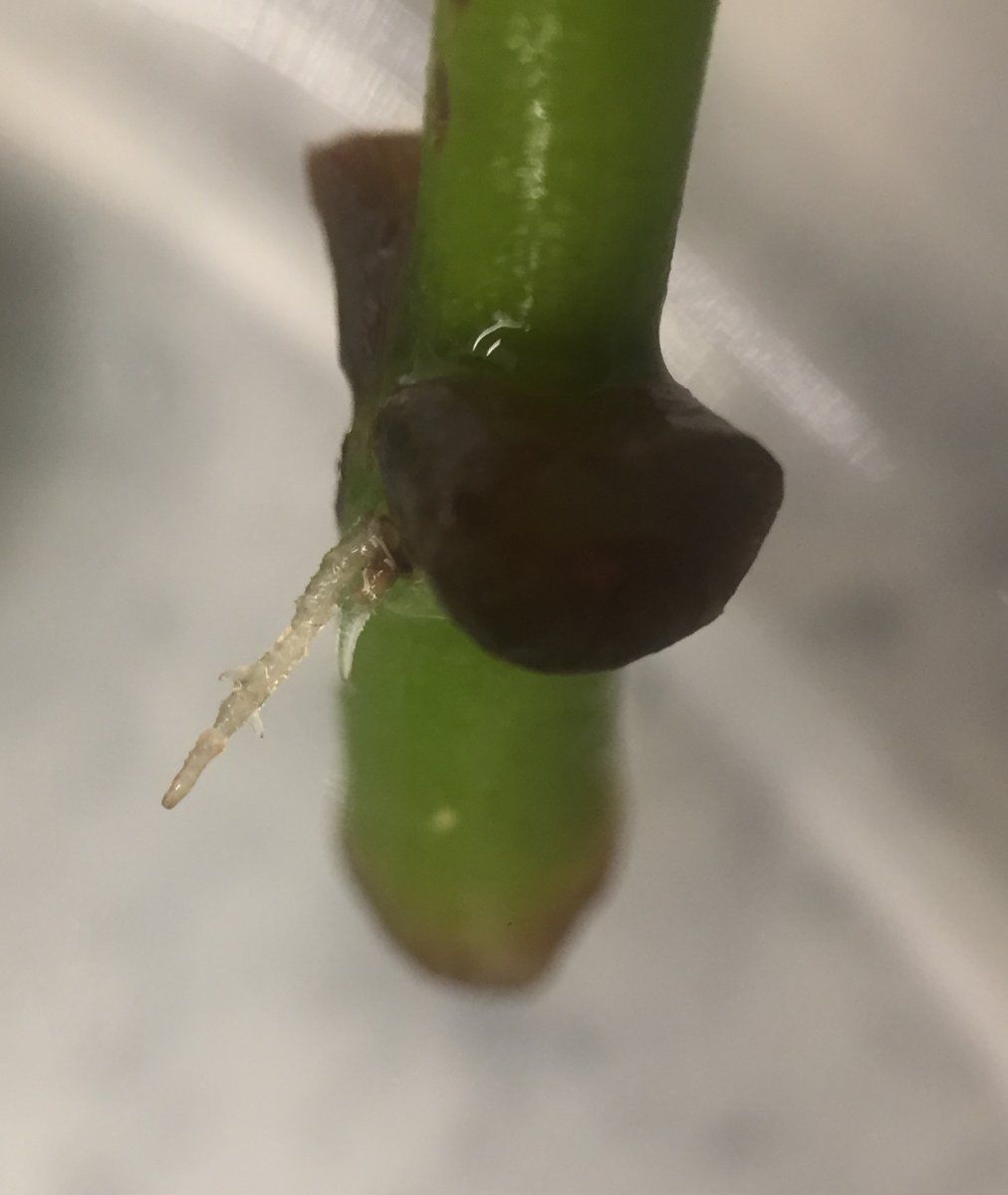 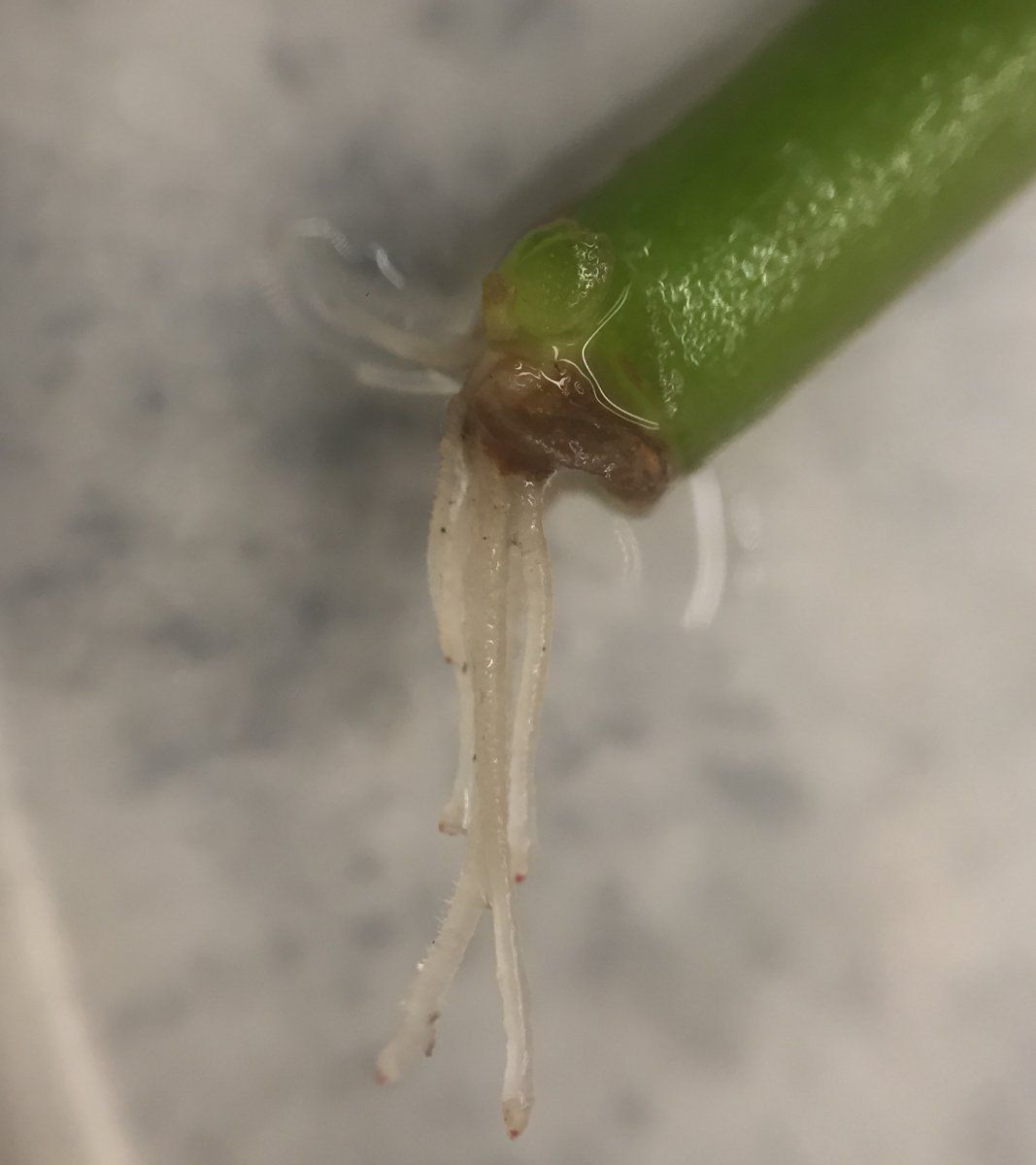