My largest coffee plant started having this issue a few months back (don't have a specific date) and it really just stayed as is. The issue didn't spread or grow at all.
Fairly recently it has begun to spread on the leaves and is now affecting 2 other of my coffee plants and I'm really at a loss of what to do or what is happening.
They dealt with a lack of humidity back in December so I know this isn't what they're dealing with as this is completely different.
They don't appear to have any aphids or spider mites and it isn't sunburn. There are a few fungus gnats that hang out around them but I have never had an issue with them in the time I've had the plants (a year) other than being a slight annoyance. None of the other plants in my room (not coffee plants) have had this issue or have been affected by it.
Something to note that the photos don't show well is that the brown spots in question aren't just discoloration but are semi-translucent grooves in the actual leaf surface.
The first and last image are of the largest plant who was affected first and has the worst case. The second photo is of the newest plant to present these symptoms, you can see that there is hardly anything visible.
And just to make sure there are no misunderstandings, I am concerned about the lighter brown spotting. There are leaves in some of the photos that are visible and show signs of a lack of humidity, those I am not concerned about. That issue was taken care of a long time ago.
Any help would be greatly appreciated - Thank you. 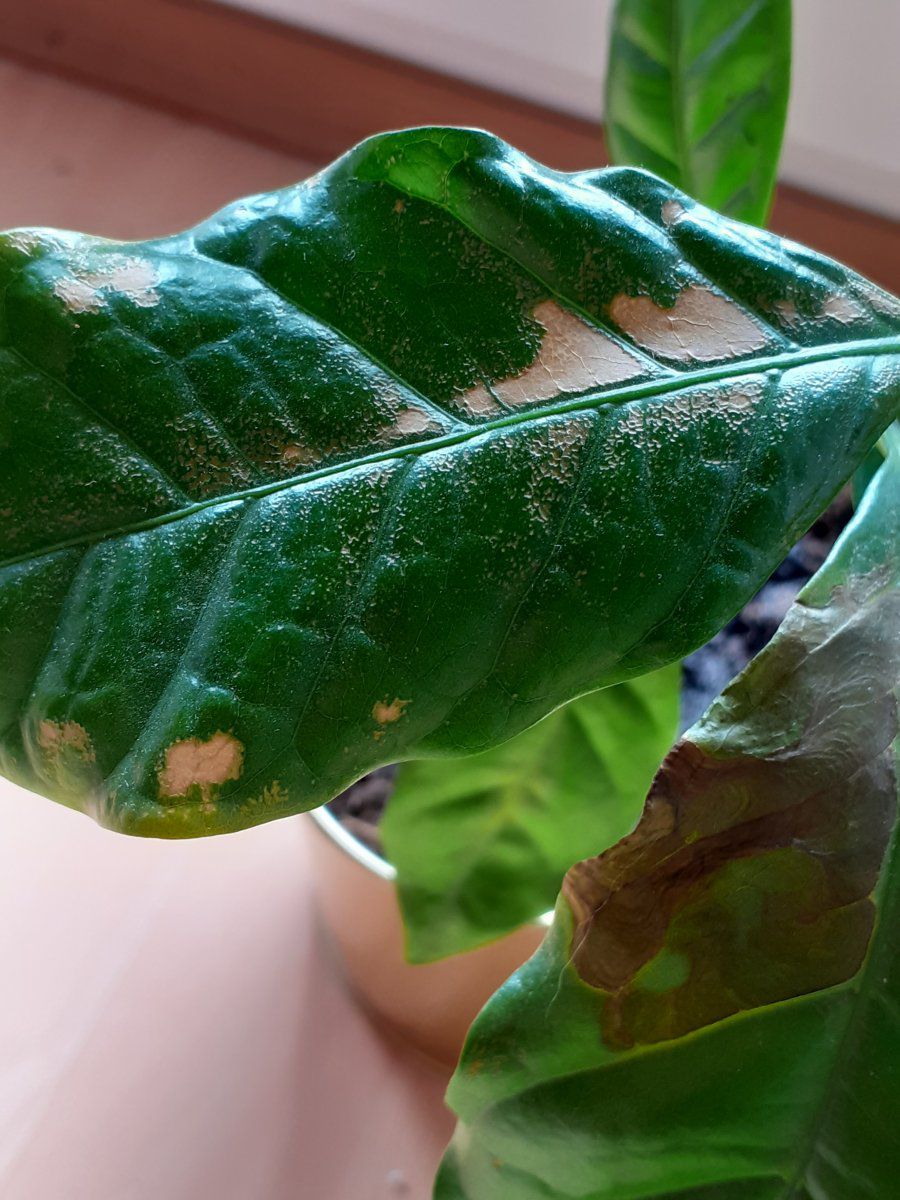 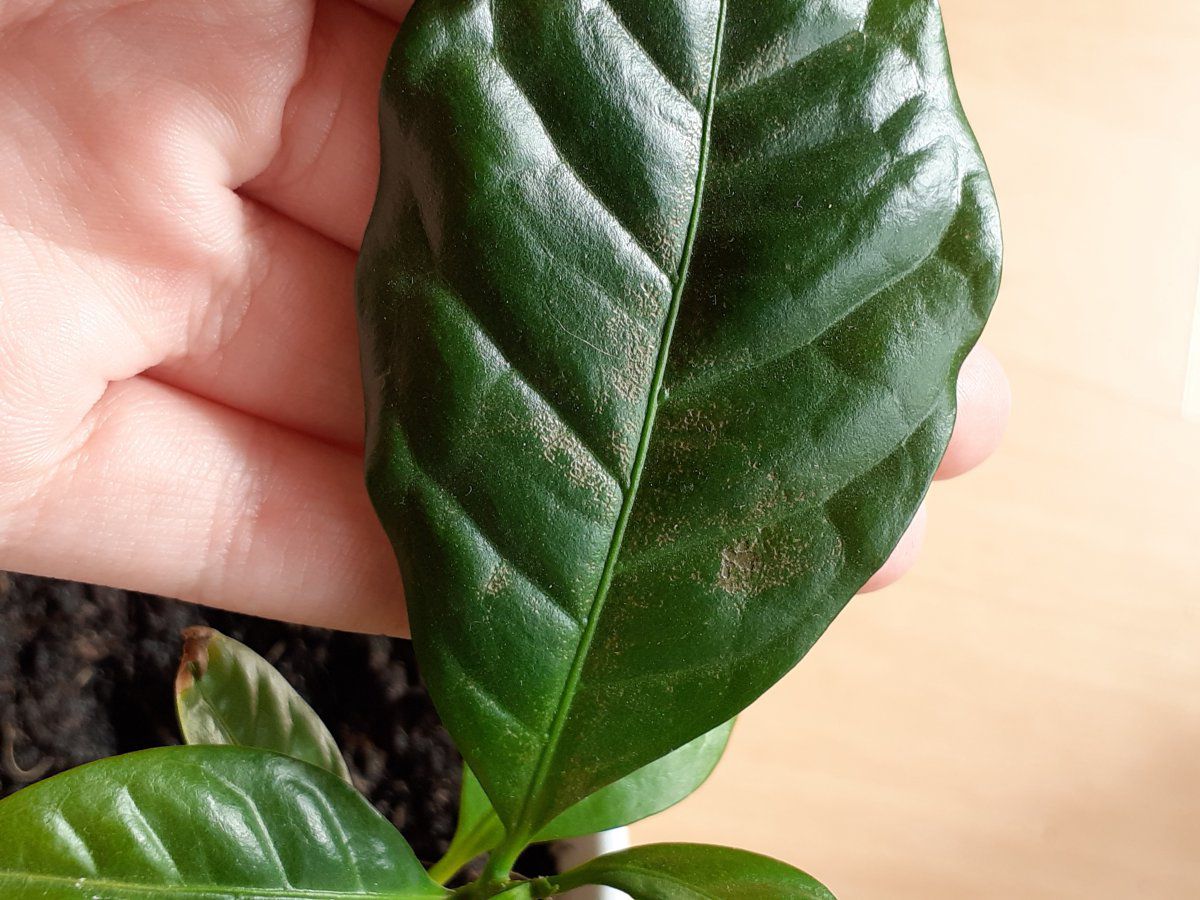 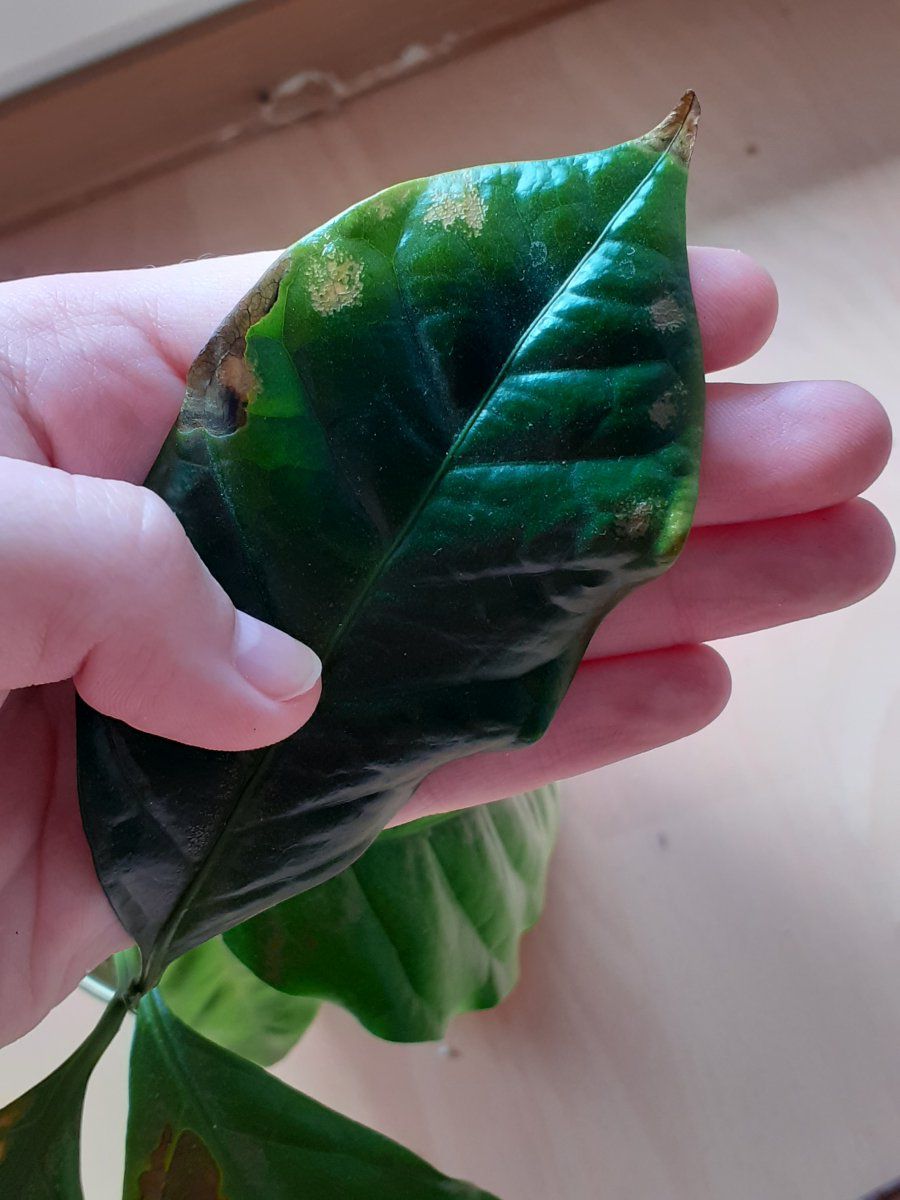 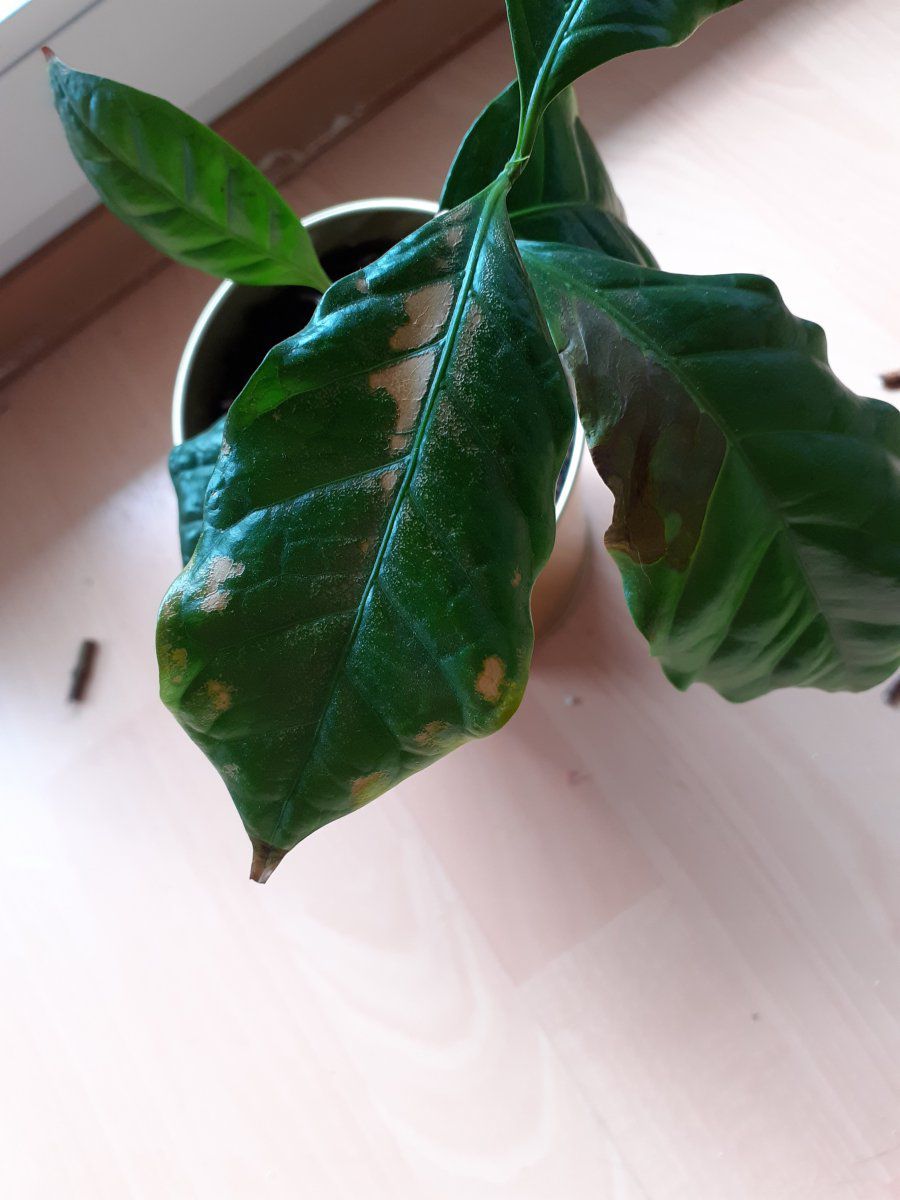